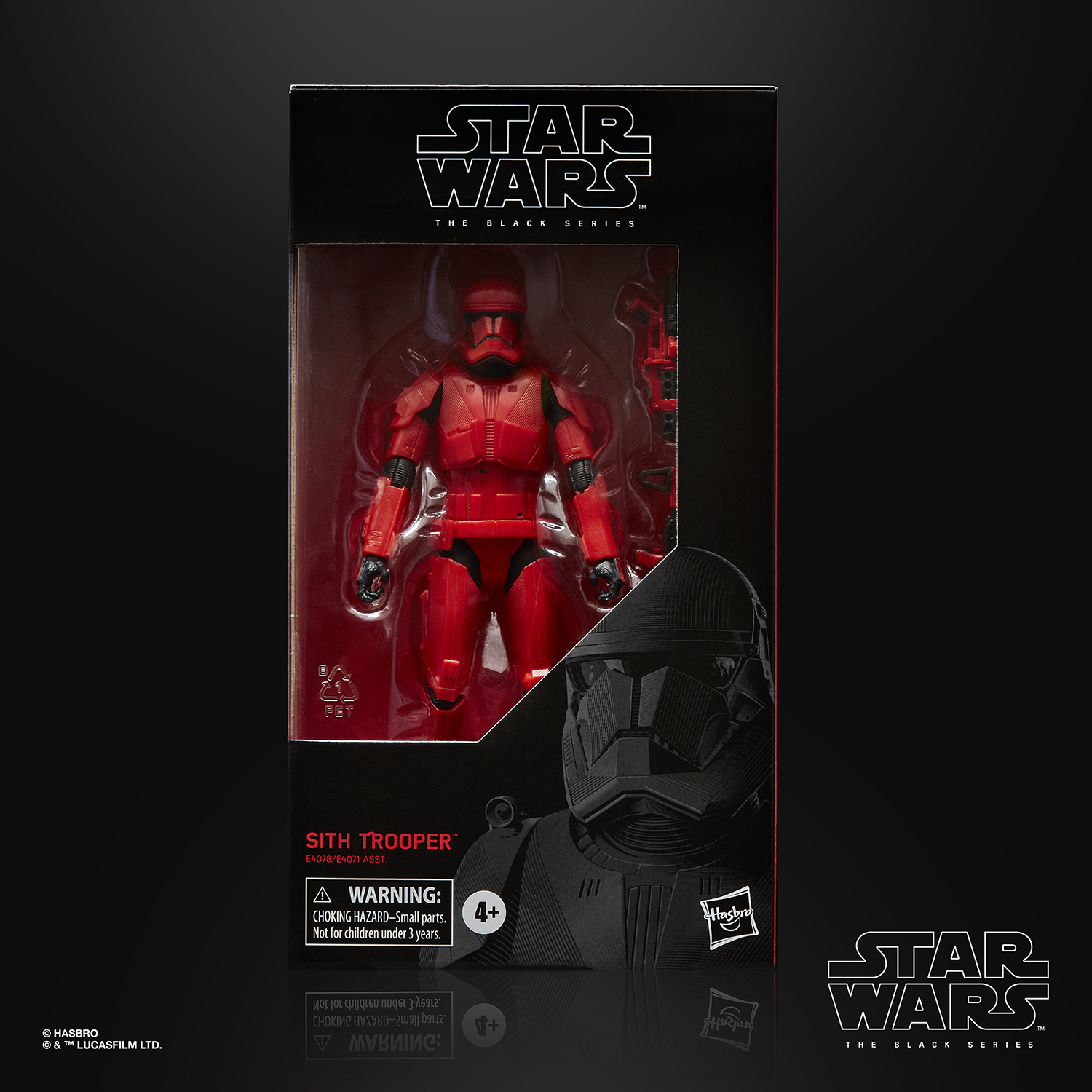 That cool looking 6-inch Sith Trooper figure that was the buzz of toy circles at D23 last month is now available for pre-order.

Hasbro has announced that you can now pre-order the figure at any of the following sites:

The Sith Trooper which has been discussed at length over the last couple months is a really great design that incorporates elements of The Last Jedi’s Praetorian Guard with the traditional stormtrooper. Stay tuned for more news from Hasbro as we expect many more products from both The Rise of Skywalker and The Mandalorian to be heading to stores for Force Friday. 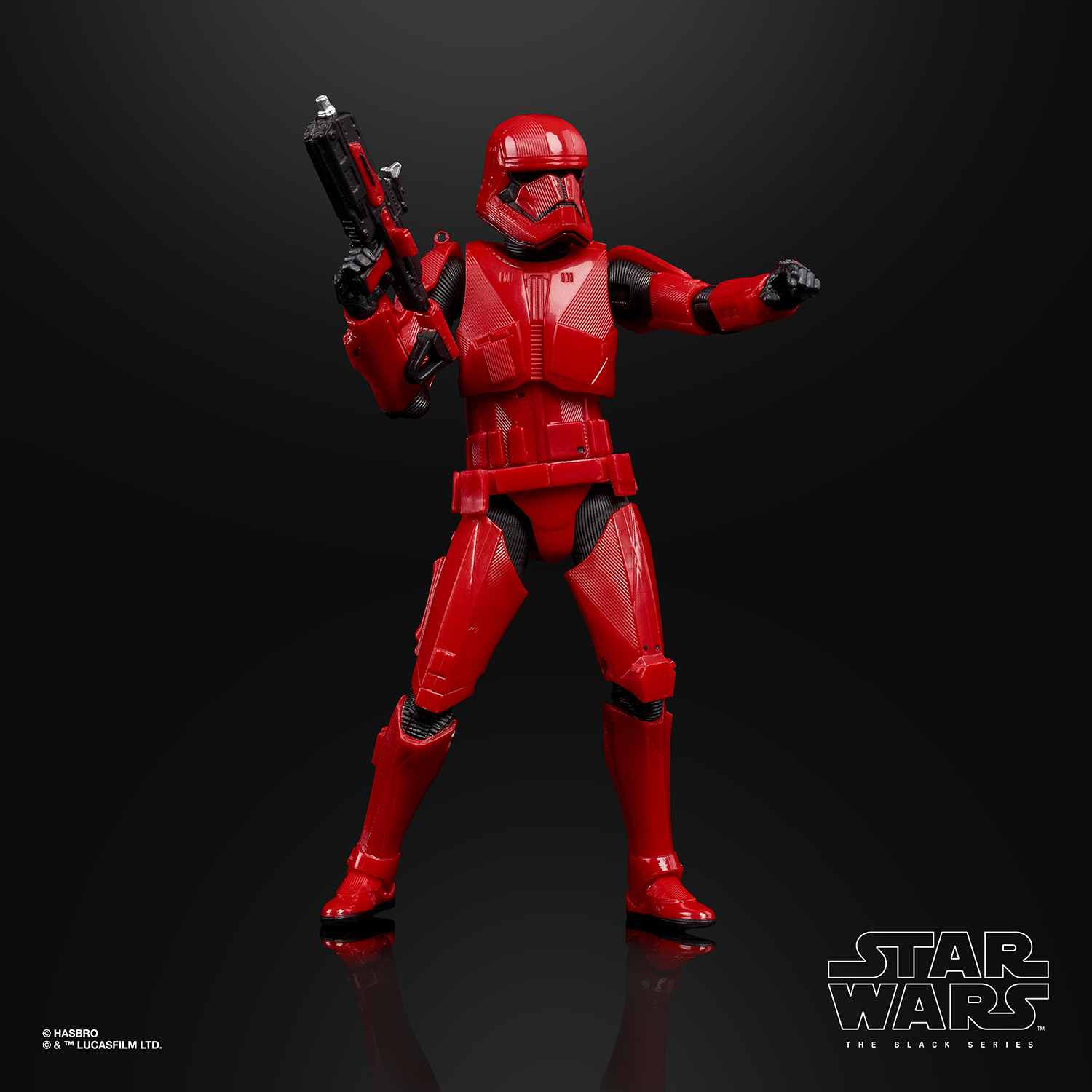 Fans and collectors can imagine scenes from the STAR WARS Galaxy with this premium SITH TROOPER figure, inspired by STAR WARS: THE RISE OF SKYWALKER. The STAR WARS: THE BLACK SERIES 6-INCH SITH TROOPER action figure features premium deco and four fully articulated limbs, and comes with two SITH TROOPER-inspired accessories that makes it a great addition to any STAR WARS collection. Includes figure and 2 accessories. Available at D23 via shopDisney and in limited quantities at most major online retailers and HasbroPulse.com starting on September 4, 2019.