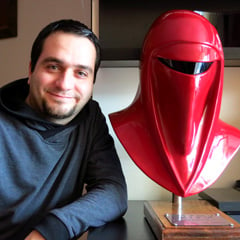 Val is the owner and creator of SWNN (est. October 30, 2012). He was first introduced to Star Wars back in 1986 watching Return of the Jedi in a theatеr so fully packed that he had to bring his own chair from home, since they sold more tickets than the available seats. This is an experience he will never forget. Ever since then Star Wars became an important part of his life. Val is married with one kid and works as digital compositor in the VFX studio Cinemotion. 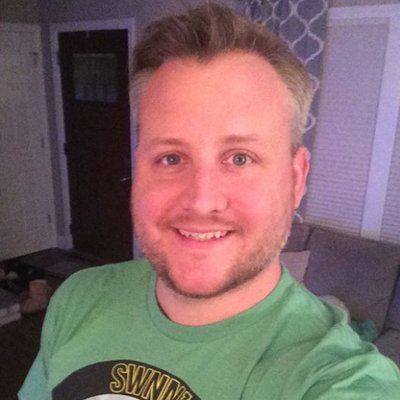 John Hoey is a professional writer and editor. He has loved Star Wars since the first time he watched The Empire Strikes Back with his Dad and asked “Who is that?” while pointing to Luke Skywalker. In addition to writing, John works in publishing project management. John writes articles and reports weekly for the site, helps with editing, proofreading, social media, and is the host of our official podcast “The Resistance Broadcast”. You can find him on Twitter @JohnnyHoey and on the podcast’s account @RBatSWNN. 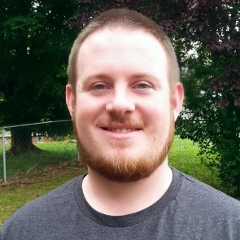 Jordan has been a crazed Star Wars fanatic since he first saw The Empire Strikes Back as a child in a Star Wars trilogy TV marathon in the early 90’s. He is a comic book junkie and is obsessed with keeping up with everything going on in the overall Star Wars canon. Jordan is managing editor of our blog and a member of our comic/book review team. He is married with two children and works as a civil/structural designer. 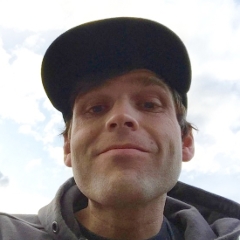 Kyle enjoys everything Star Wars, especially when it comes to comics. He is a writer, coffee roaster, and avid runner living in Portland, Oregon. His science fiction and fantasy novels can be found here. 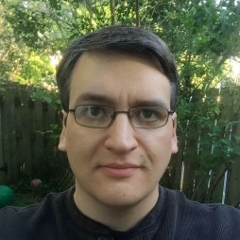 A Star Wars fan since the day Chewbacca scared him to tears when seeing Empire Strikes Back during its initial release at the ripe age of two, Tim has spent a lifetime obsessed with all things Star Wars. He has been a contributor at SWNN since June of 2015. Outside of the Star Wars community, Tim is a film buff, music nerd, and father to two sons he hopes don’t go all “Ben Solo” on him. 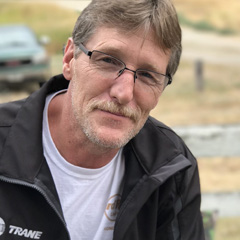 Trevor is an Engineer, life-long Star Wars fan, and Star Wars memorabilia collector since seeing the first movie in 1977. He is an occasional writer for the Star Wars News Net blog, staff guest on The Resistance Broadcast, and forum moderator in the SWNN Cantina. Trevor is married with grown children, and his other vices besides Star Wars are Mad Max, Firefly, and building hot rods. 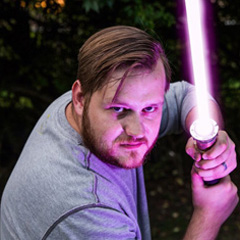 James is one of the Leaders of the Resistance on SWNN’s podcast. After his run in the music industry playing for metalcore group “The Devil Wears Prada”, he started making YouTube videos and running social media for a local speaker company. While he has always been a Star Wars fan, once Disney purchased the franchise James took the full dive into the lore watching all the shows and movies, reading the comics, novels, short stories, news and speculation. You can hear his passion for all things Star Wars weekly on “The Resistance Broadcast”. James can be found on Twitter @Mirahtrunks and on the podcast’s account @RBatSWNN. 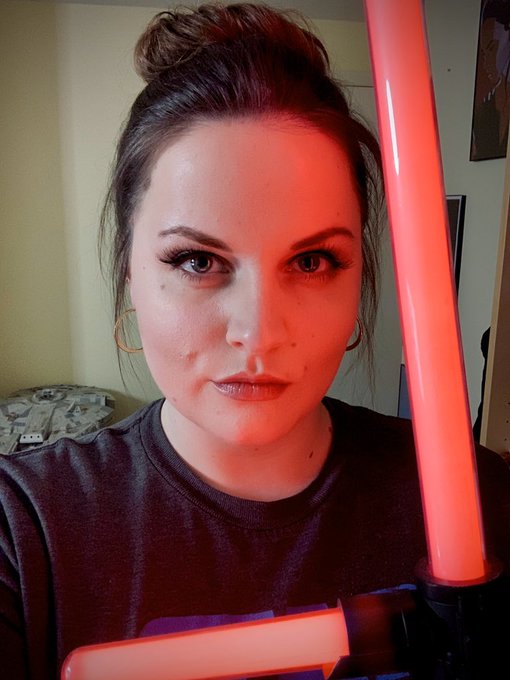 Lacey is a co-host on SWNN’s official podcast The Resistance Broadcast. You can see and hear her Monday and Thursday recapping the news and having deep discussions with the rest of the TRB crew. When not podcasting, Lacey provides live coverage for events like Star Wars Celebration, New York Comic Con, and more! A Star Wars Fan since 2nd grade, she has always been drawn to the characters and adventures in a galaxy far, far away. You can usually find her either watching The Force Awakens for the 100000th time, or looking for art, toys and collectibles to add to her ever-growing collection. Geek out with Lacey on Twitter at @laceygilleran or her Instagram at
@laceygilleran 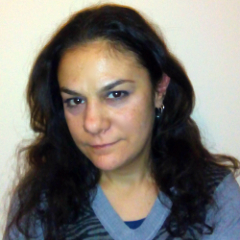 Jelena is a philologist and freelance translator from Belgrade, Serbia, who was only 18 months old when the original Star Wars was released. There never was a time when the galaxy far, far away wasn’t part of her life. On SWNN, she shares comic book reviewing duties and jumps in where she is needed. She wants her own working lightsaber and will take you down if you malign any of the Star Wars ladies. 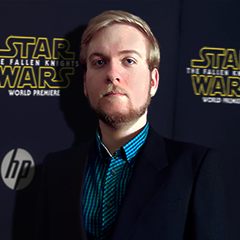 Colloquially referred to as the Rear Admiral, Chris has been a longtime lurker of the Cantina forums and a lifelong Star Wars fan. In addition to being the author of the Old Republic Paint Adventures, an interactive Star Wars comic hosted on our Cantina forums, he is also a moderator of SWNN’s 1030th team. A computer engineer by trade, and a writer by circumstance – his other interests include A Song of Ice and Fire, CRPGs and pet birds. His kryptonite is scotch.