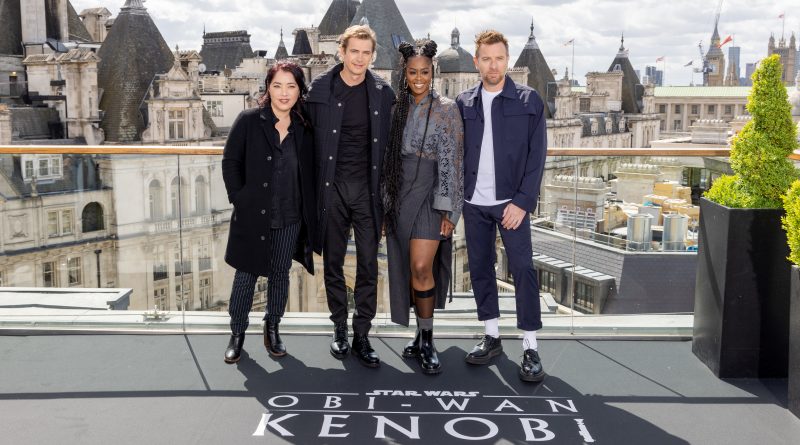 The second stop in the Obi-Wan Kenobi press tour, after Berlin, was London. There, the three lead actors (Ewan McGregor, Hayden Christensen, and Moses Ingram), as well as series director Deborah Chow, talked to some media members about their experience working on the new Disney Plus series.

Moses Ingram, for instance, could not emphasize enough how ruthless her character Reva is:

“She is [very ruthless]. And I keep saying the same thing, but it’s true, you know. She doesn’t care about what people think about the way in which she does things. She’ll cut people down and I think she’s gonna get the job done. Whatever it takes.”

We’ve already seen in the trailers that Reva makes good use of her lightsaber and Ingram definitely had a lot of fun with it, as she said:

“There are so many muscles in your hand that you never use until you go use a lightsaber or something of the sort, so it was hard at first but once you get it you really feel like you can do anything. Like a kid in a candy store.”

About working with Hayden Christensen and Ewan McGregor, Ingram said:

“Even on set, there were lifelong fans that would just get so moved by being around Ewan or Hayden, you know. I think it’s gonna be a big deal for fans to see them back in the center.”

Ewan McGregor shared a funny story about how, months before production began on Obi-Wan Kenobi, he was part of a chemistry test with another actor in the series. This happened on the set of The Mandalorian when that team was on their day off, and McGregor, while reading his lines, didn’t have the character of Obi-Wan Kenobi in him yet, and his voice didn’t sound like it used to. Here’s the story:

“The first thing I had to do with Obi-Wan, actually, playing him… We did some casting, right? There is a character in the piece that we wanted to test three or four different actors for. So we did a screen test, we went down to The Mandalorian set on a Sunday, when they were on their day off and we borrowed a bit of their set and some of their crew.

And I went down there and I got to the dressing room [where] there was a sort of Obi-Wan-esque [that the] costume department sort of cobbled together, a sort of Obi-Wan-looking outfit, which I put on. And it was kind of odd looking in the mirror after seventeen, eighteen years. So that was weird.

But then I walked on the set to do this casting. I could just feel the buzz from the crew, because now what’s nice about the Star Wars crew that we worked with and also The Mandalorian, [is that there are] so many Star Wars fans are in the crew… Or the crew are fans, I don’t know which came first, the chicken or the egg. But you could feel that buzz about me walking back on as Obi-Wan, which was cool.

But then when we came to do the actual scenes, I totally didn’t have his voice. I was just doing this vague, English voice, [it] sounded like a sort of school teacher or something. But it certainly didn’t sound like Alec Guinness and it didn’t sound like Obi-Wan. And I thought, God… It’d just been so long, I didn’t have it. But it was quite good to do it, I got to realize that then, and you know, some months later when we came to start shooting I’d done my homework and I’d listened to a lot of Alec Guinness and I was back, you know.”

McGregor never explained whose part was it that they were testing, but if we had to take an educated guess, it would probably be Kumail Nanjiani’s. Nanjiani said last year in an interview that he was an ally to Obi-Wan, and he had an extensive role in the series. That would also make him one of the few major actors Obi-Wan interacts with during the series that had not been cast yet (both Hayden Christensen and Joel Edgerton were coming back to their roles from the prequels). Nanjiani made a quick appearance in the most recent trailer, wearing what looks like Jedi robes. We still don’t know much about this character.

Hayden Christensen also expressed his enthusiasm about coming back to the Star Wars franchise after many years, and how returning to be hand-in-hand with his lifelong friend Ewan McGregor made it feel extra special. He said:

“It’s just the best, you know? I love the man [McGregor] dearly, and we became really close during the prequels and just had so much fun together, you know? So to get to come back and do more with these characters was just incredible.”

About putting the Darth Vader suit back on, he said:

“It was surreal, you know’ It’s an incredible costume, and putting it back on again brought up a lot of emotions for me. But you know, it’s an honor to get to put it on… Just a lot of fun really.”

Here is the full video:

Disney Plus U.K. has also distributed a bunch of images from the event, check them out:

The Obi-Wan Kenobi press tour probably has a few more stops in Europe before they make the jump to the U.S. They will also be at Star Wars Celebration on Thursday, May 26th. It will be the day before the first two episodes premiere on Disney Plus.

More videos and pictures have come out from the team’s visit to London. Check them out below:

#ObiWanKenobi stars Ewan McGregor and Hayden Christensen reunited (with a few Stormtroopers) for a press event in London pic.twitter.com/a8tjjP0bmD

My observation of Ewan McGregor and Hayden Christensen. 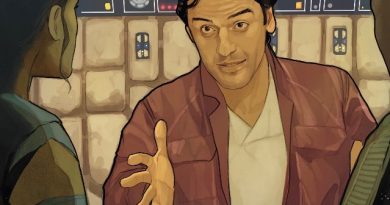 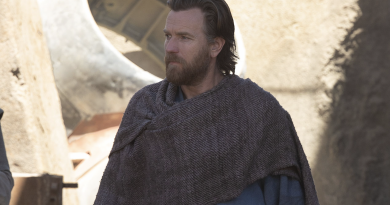 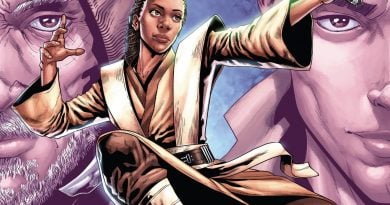