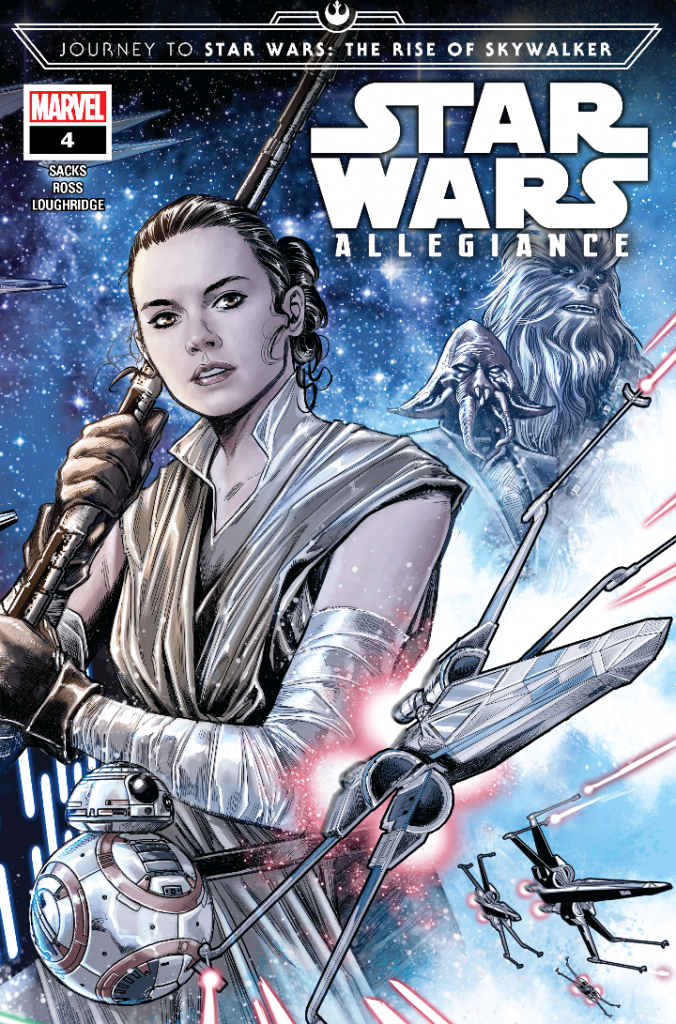 Journey to Star Wars: The Rise of Skywalker: Allegiance #4

The final issue of this mini-series has Finn, Poe and BB-8 continue their escape from the clutches of the bounty hunters. Meanwhile, Rey and Rose chase after a Quarren who attempted to assassinate Leia, while she continues to rally for Mon Cala aid with the First Order looming above the planet.

It’s a rather disappointing end unfortunately. Nothing is essentially bad but for a series bridging the gap between The Last Jedi and The Rise of Skywalker, it doesn’t feel like it adds much to the narrative. This was released pre-Rise of Skywalker and in retrospect has very little bearing on the film other than the inclusion of one background character, Admiral Ackbar’s son, Aftab. Everything about it is ok and nothing packs any real punch, it’s not really worth reading unless you’re a completionist. Full review with spoilers here. 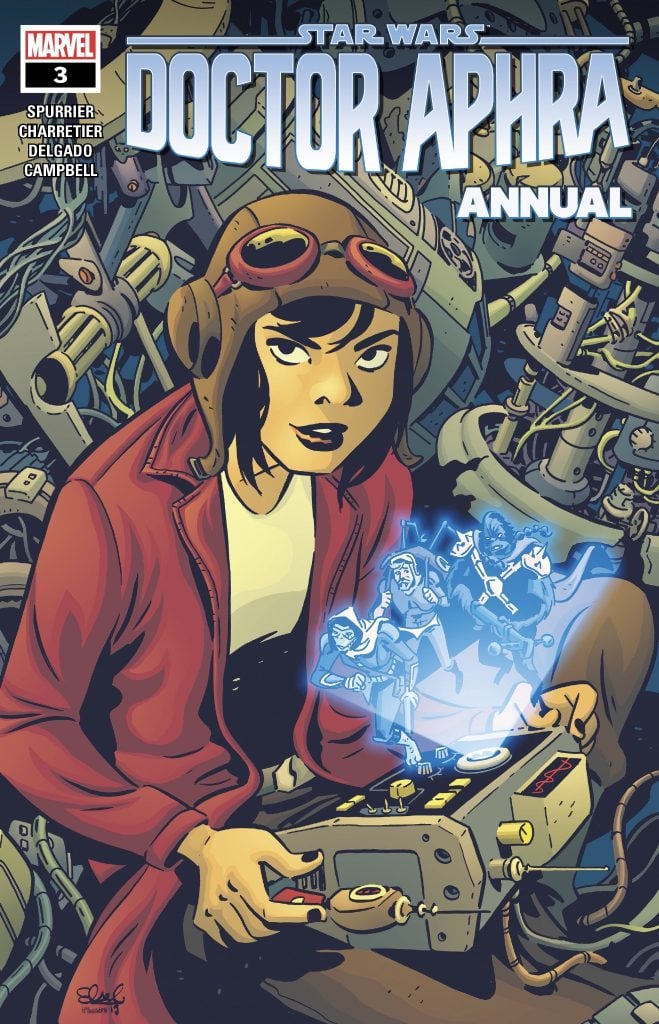 Aphra may be stuck on a Star Destroyer but that doesn’t mean she can’t still ‘help’ other people. Set mostly in the Mos Eisley Cantina we reunite with Husband and Wife hunter duo, Nokk and Winloss along with Wookie Black Krrsantan, the infamous bounty hunter. It’s a classic Aphra mystery of who’s betraying who under the hot twin suns as Nokk searches for the man that betrayed her and Krrsantan will do anything to get back into Jabba’s favour.

The Annuals are rarely essential, and this one is no different. It does, however, allow for some fun. With Aphra more a narrator than a character it’s nice to see Nokk and WInloss, two recurring characters of the main series, get some time to shine. The marital bickering of a human and trandoshian in love is always fun; also, Black Krranstan is always a welcome addition.  The plot is a bit convoluted at times, but by Aphra’s standards, nothing compared to what we’ve seen before! The art matches the story, with a fun, quirky, and cartoony vibe, it won’t be for everyone but I liked it. Overall this was a really fun annual and a good side story for both regular and casual readers alike. Full review with spoilers here.