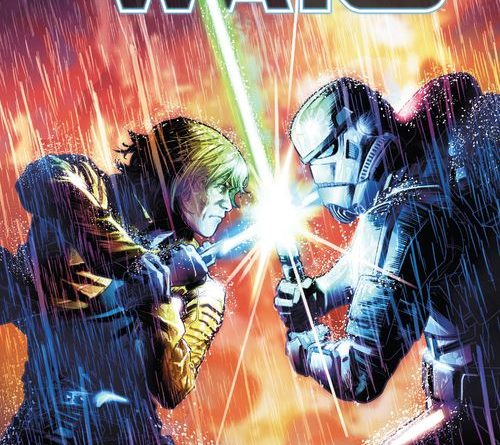 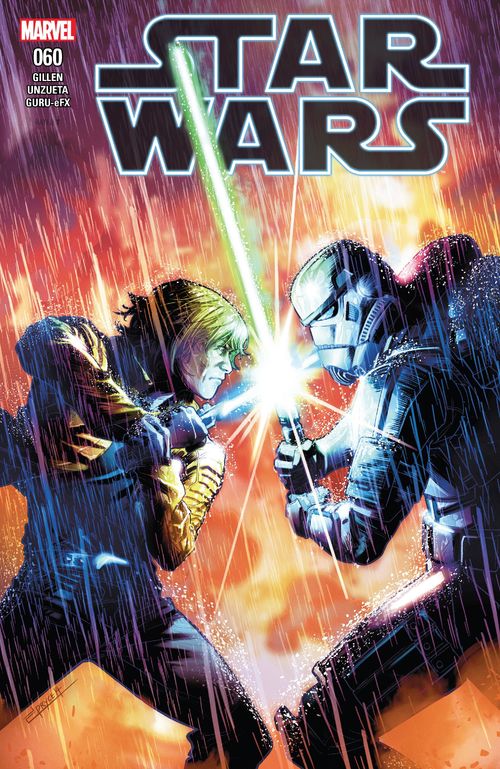 THE ESCAPE” PART FIVE! You can escape the horror of the galaxy. But only for a while. The return of SCAR SQUADRON.

When we left our heroes on Hubin in the last issue, Luke had acted on his frustration and the hospitality of the Markona clan has soured, just in time for the SCAR Squadron to catch up with them after capturing and torturing Sana.

As this issue opens, Luke and Kreel are ready to face off. Since Kreel became Luke’s first lightsaber teacher back on Nar Shaddaa, he and the SCAR Squadron had repeatedly tried to kill our heroes. The last time the stormtrooper Sergeant and Luke crossed blades was on Crait when Kreel’s lightsaber was broken. He clearly managed to repair it and is eager for the fight.

Before the duel begins, Tula kisses Luke and with a few cryptic remarks and hands him a smoke grenade. 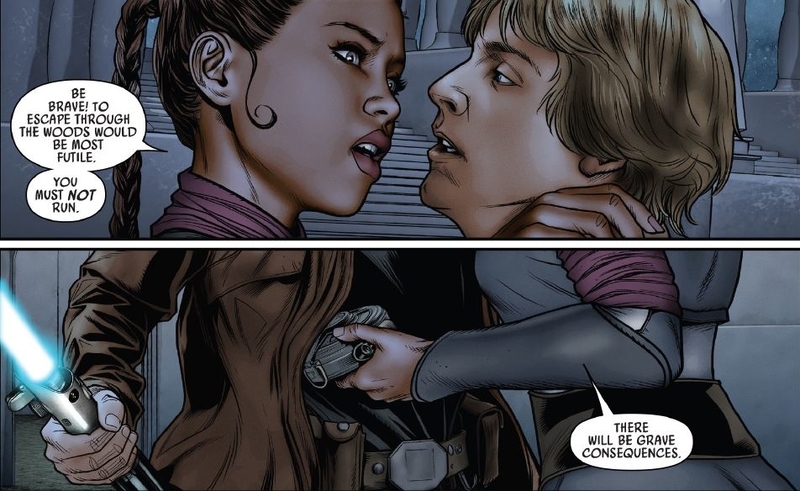 Luke uses the grenade to escape and Thane Markona proclaims his hospitality has ended due to this cowardly act and begins the hunt, effectively pulling away most of the SCAR Squadron from Han, Leia, and Sana. Tula disables Aero and MK-1 helps Han and Leia regain consciousness. We learn that father and daughter have had this plan to save the Rebels. Tula leaves the droid to alarm the clan and guard the house until Markona returns. 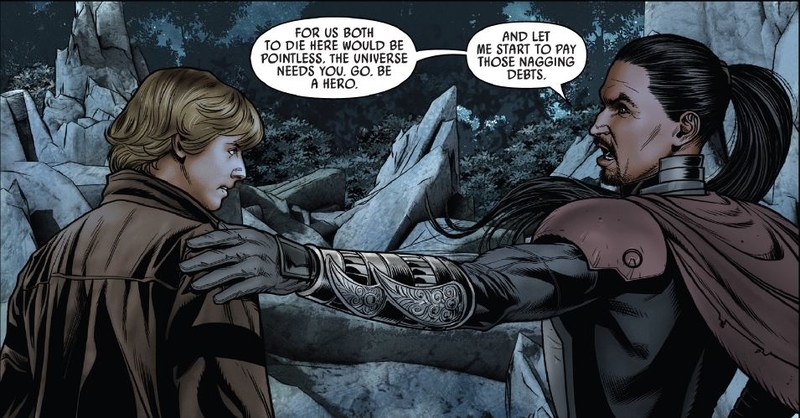 Following Tula’s clues, Luke meets with with Thane at the graveyard. He learns that everything since their arrival on Hubin was a test. The Death Star demonstrated what the Empire is and Thane wanted to learn about the Rebellion. They have all passed his tests, even a scoundrel like Han Solo. He tells Luke that he doesn’t know what he did to earn Hubin from the Empire because he never asked that questions, but he knows that his hands are dripping with blood. He feels that he is indebted to the universe. It soon becomes clear that Thane has no intention of leaving the moon alive. He intends to keep the SCAR Squadron occupied while the rebels and his clan escape.

Maybe, most important of all, Thane leaves Luke with a lesson the young rebel will take to heart and carry with him going forward: “I’d rather you remember one can always turn back from your mistakes. You can never undo the wrong, but you can always do right.” 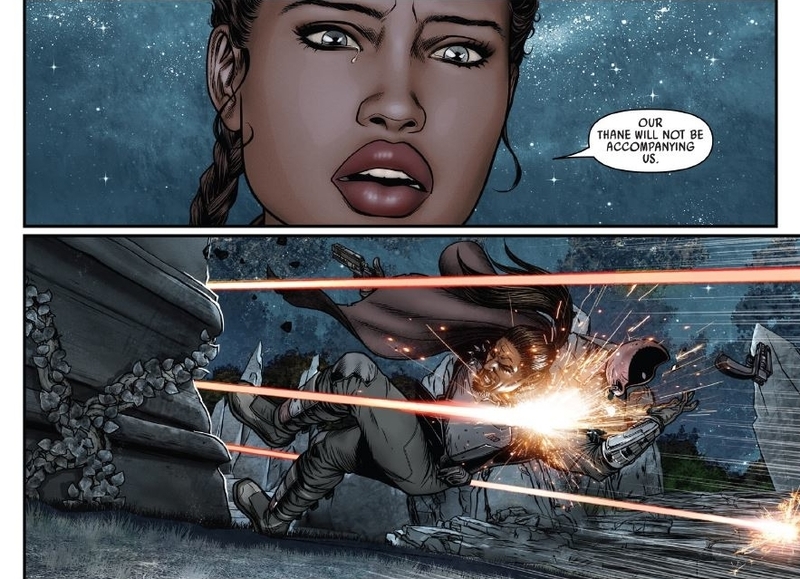 Back in the village, Han, Leia, and Sana witness everyone moving out. Thane predicted that Hubin will not be their permanent residence, but a long vacation. He decided that his clan should join the Rebellion and Tula should lead them into new age. 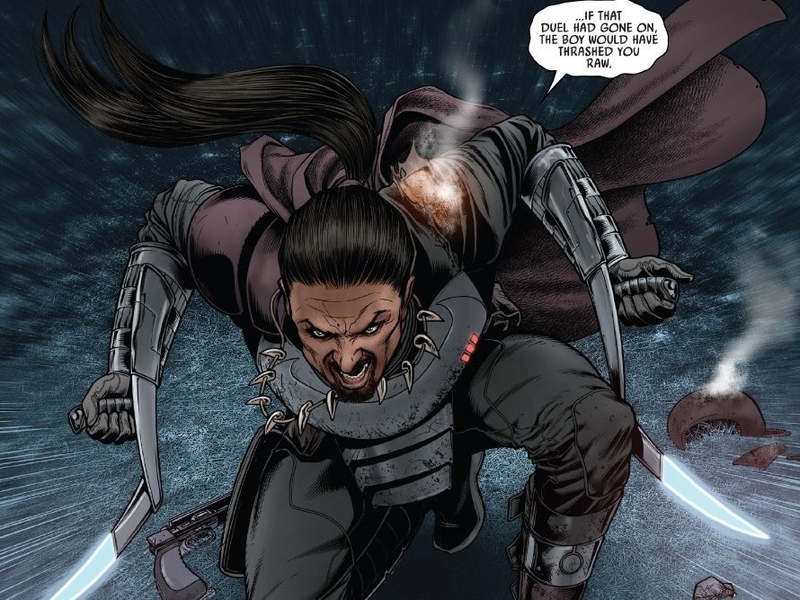 Markona fights valiantly to the end. Before his death he tells Kreel that if his duel with Luke continued, the young man would have beaten him. The stormtroopers have no time to celebrate Markona’s death, because the Rebels and the rest of his clan stole their ship. We see that it is piloted by Han Solo. Sana uses this opportunity to destroy the droid that tortured her, while Tula mourns her father.

The SCAR Squadron find their way to Thane’s mansion where they are greeted by MK-1. He informs them that the mansion has no transmitters and the next contact with the outer world would be in four months. He offers them accommodation in the mansion. But the SCAR Squadron will not be enjoying his hospitality. They are surrounded and attacked by thanrax, the creatures the Markona clan held in check. MK-1 helpfully informs them that they are not Markona clan. Their fate doesn’t look very bright. 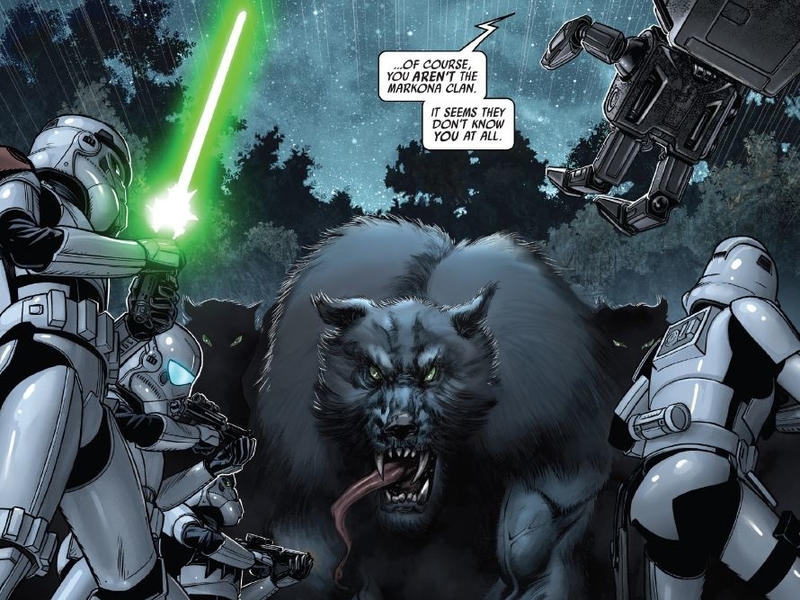 The previous arc – Hope Dies – was probably one of the best in the entire comic run. It certainly had the biggest canon implications, managing even to enhance The Empire Strikes Back. So, after the first issue of this arc, I didn’t expect to like it as much as I did. If the previous one gave us major events and tons of action, the smaller scope of the Escape arc proved, at least in my opinion, just as important. Because this arc is all about characters and how they deal with the major loss and forced inaction, and grow from these events.

I must say by the end of it, I came to like Thane Markona a lot. From the character design to his backstory, he filled that sweet spot reserved for pirates, mercenaries, and bounty hunters in a galaxy far, far away. A man of questionable past and exceptional combat skills, he is not without moral code or conscience. He acts as a teacher to young Skywalker, not just of combat skills but of nuance, as things are rarely black and white in the wider galaxy. Most importantly, his story is one of redemption. Considering his future, Luke has not forgotten this. Markona is still shrouded in mystery – specifically the exact nature of his job with the Empire. Since his daughter joined the Rebellion, perhaps there is a chance that we will find the answer in the future.

I was a fan of the SCAR Squadron in the beginning, but I feel they have overstayed their welcome in the comic. Their boss Vader should certainly feel that way by now. Let’s put it this way, if thanrax actually ate them, I wouldn’t mind. 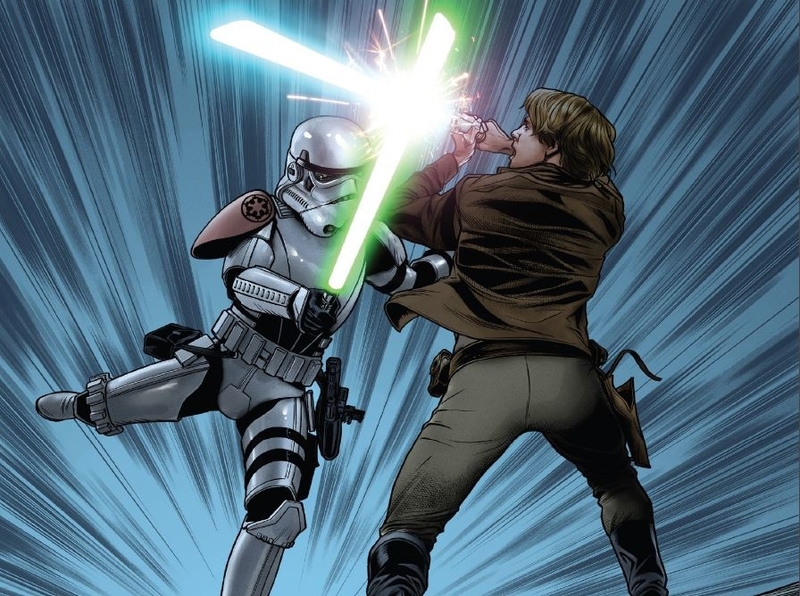 I was often critical of the art in Marvel’s flagship comic run due to extensive tracing, but I have to admit the action scenes in the last couple of issues work really well. Somehow, exaggerated expressions work for dramatic characters like Markona and Guru-eFX’s colors enhance Unzueta’s art to great effect.

Before Kieron Gillen leaves us in May, we can look forward to another of his exciting arcs – The Scourging of Shu-Torun. But, before that happens… 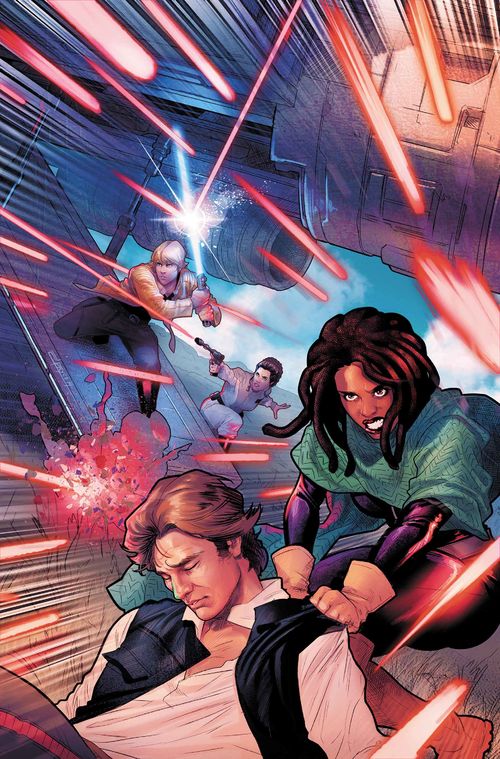 The great love story of our time as man and spaceship are brought back together in a tearful reunion.
Er…HAN gets the FALCON back.
It’s not just about the escape—it’s what you leave behind… 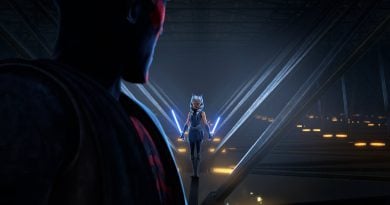 Editorial: A Deep Dive into the Past, Present, and Future of Lucasfilm Animation 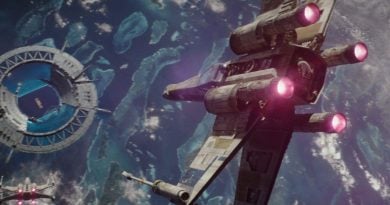 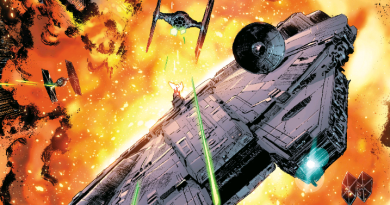