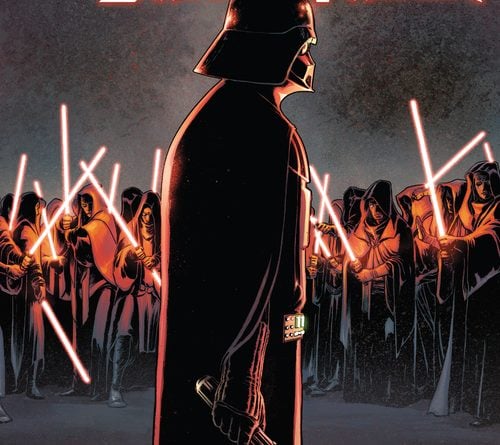 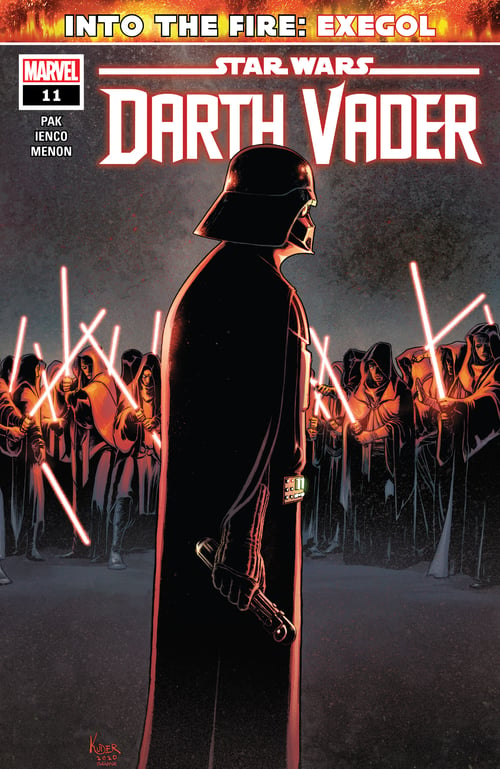 Over the course of this arc, “Into the Fire”, Darth Vader faced the Emperor’s punishment while confronting and defeating every obstacle thrown at him. In the previous issue, he finally defeated the Force sensitive monster from Red Space and arrived triumphant on Exegol. Now Vader seeks to uncover his master’s hidden secrets.

Vader is defiant but Palpatine is ready for him. We witness a kaiju-stile battle between creatures but in the end it is the Emperor who easily defeats Vader’s monster. The Dark Lord of the Sith is led into the structure we have previously seen in The Rise of Skywalker while Ochi of Bestoon follows after him. 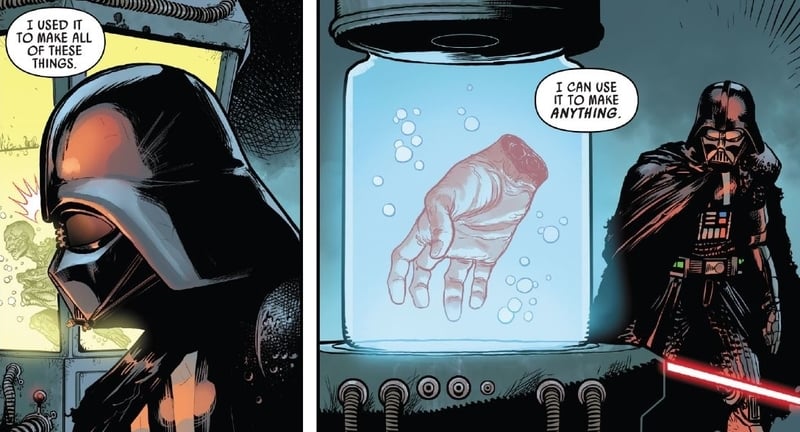 While the Emperor pontificates, Vader walks through the cloning facility, seeing many of the Palpatine’s experiments, including the hand floating in liquid. Is that Luke’s hand? Are we seeing the resurrection of Luuke from the Legends or is this just an Easter egg for fans? Is Luke’s hand the source of Emperor’s eventual resurrection? You can take this panels however you choose and let your imagination run wild.

Vader is attacked by some kind of dark side guards, deformed and armed with electric staffs. He defeats them with difficulty and is immediately faced by crowd of dark side acolytes. Palpatine provokes him, saying each one of them could replace him should he fail. This only angers Vader to deal with them in the most efficient way.

Going deeper into the facility, Vader discovers the breadth of Palpatine’s plans: the fleet of Star Destroyers armed with planet-destroying cannons. While Ochi tries to convince Dark Lord to submit, Vader is not impressed. He will be.

To power his fleet, Palpatine has harvested a mountain of kyber crystal. The crystal is submitted to torture and suffering until it lashes out tearing apart its torturers. Vader feels enormous power of the crystal. Palpatine says that he cannot fight it and therefore cannot claim it. If Vader stays with Palpatine, he will never escape this terrible pain, but that is only way for him to share Palpatine’s power. Vader has to choose. He has a vision of his encounter with Luke from The Empire Strikes Back, only their roles are reversed. But where Luke would have jumped to his death, Vader submits. 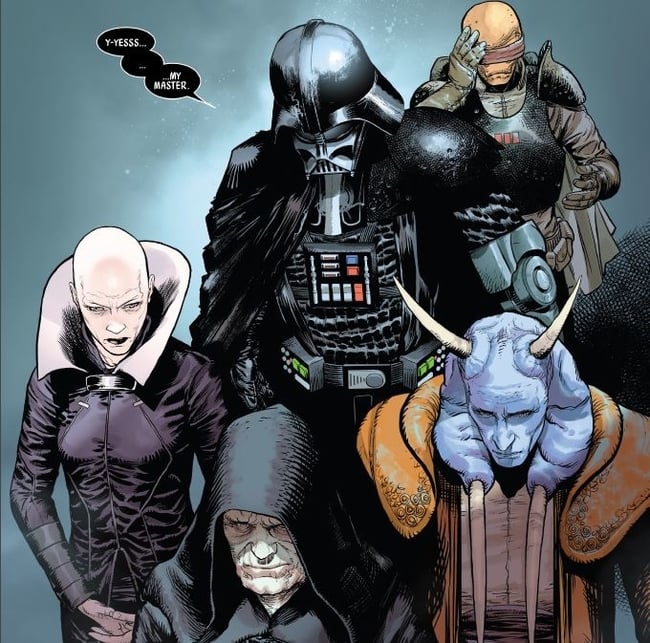 A reviewer should be careful not to presume too much about the author’s intentions, but it is fairly clear that this comic run must bring Vader to the place and mindset he has in the Return of the Jedi. And while he did wonders with this comic so far, I am not certain that Gregg Pak, helped by the art of Raffaele Ienco, convincingly succeeded. In fact, this particular arc started losing me in the later issues mainly because throwing bigger (literally) threats at Vader did nothing to convince me he struggled against them. At some point, these obstacles start losing meaning and begin looking like stepping stones on the way to the final boss. It was when he was alone, broken and crawling on Mustafar that I was completely taken by this story arc.

I appreciated the structure of the issue as Vader goes deeper into the bowels of Exegol stronghold; it reminded me of Dante’s Inferno. Also, Raffaele Ienco’s art managed to convey both enormity in the monsters’ clash, for example, and the stifling atmosphere. However, it was the final confrontation with the Emperor that left me cold. To get to Vader who says “I must obey my master” in Return of the Jedi, I expected Palpatine to stomp him out, to break him, to force him to bend a knee. But, both visual and written language left me feeling that I was told how powerful Palpatine is and not shown. Unlimited power means nothing if I don’t believe in Vader’s submission. And, he did submit.

After this issue, we will go straight into crossover event War of the Bounty Hunters which spans across all Marvel’s Star Wars comics. I don’t know how will that impact the main story line of Darth Vader, but I hope that it contributes to Vader’s journey rather than being just a detour. I would like to see Gregg Pak’s run end like it started – on a high note. But, that is for the future. Right now… 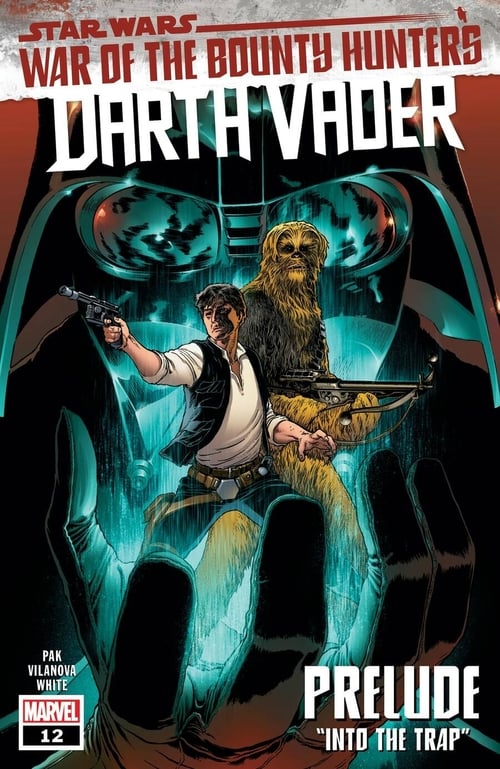 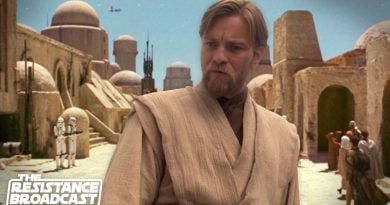 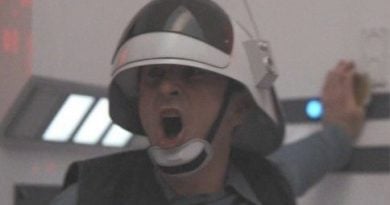