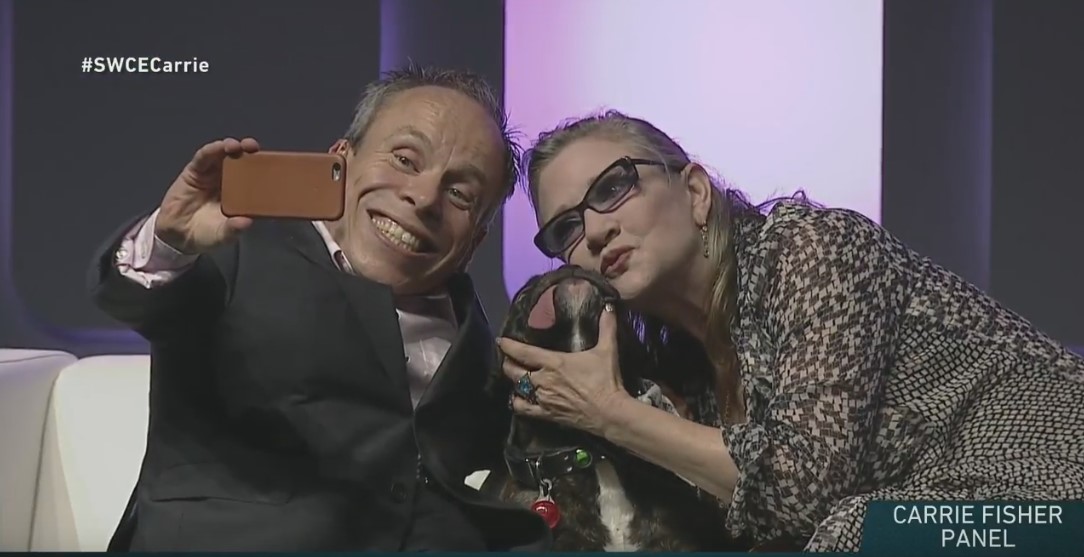 Carrie Fisher was on hand for the first panel on the final day of Star Wars Celebration.  She took to the stage with host Warwick Davis and dog Gary in tow to discuss Star War in her typical candid and hilarious style.  As is always the case with Carrie, the interview was equal parts awkward, uproarious, and illuminating.  And although new Star Wars content was limited, it was still a fun hour filled with personality and laughs.

The interview was bookended by the juiciest content.  Early on, Carrie spoke about returning to Star Wars.  She commented on how she didn’t feel as if it was a question of whether or not to return to being Leia as she had never really stopped.  Carrie sees Leia as an extension of herself and made it clear that she has come to accept the iconic character as not just the defining role of her career, but as an integral part of her identity that has never left her even when she wasn’t actively acting the role.  But even knowing that the role is a part of her identity, Fisher also spoke candidly about  her desire to take the role simply because of how rare it is for a women of her age to get a prominent role like this in Hollywood, shining a light on the uniqueness of the sequel trilogy’s focus on both young and older characters.

The middle portion of the interview went off the rails a bit as Gary decided to steal the show.  Davis’ attempts to reenact their scene from RotJ turned into an exercise in slapstick as Gary decided that Warwick, with his fuzzy ears and comically long staff, was a threat to his owner and decided to protect her.  The resulting image of Warwick Davis crawling submissively towards a lordly Gary protecting Carrie as she lounged on the couch made the entire mishap worth it though.  These are the sorts of unscripted hijinx that seem to follow Carrie whenever she shows up at a convention and why her interviews are so entertaining.

The interview ended with questions from the audience which again were typically illuminating and hilarious.  Highlights from the Q&A and the interview are below. 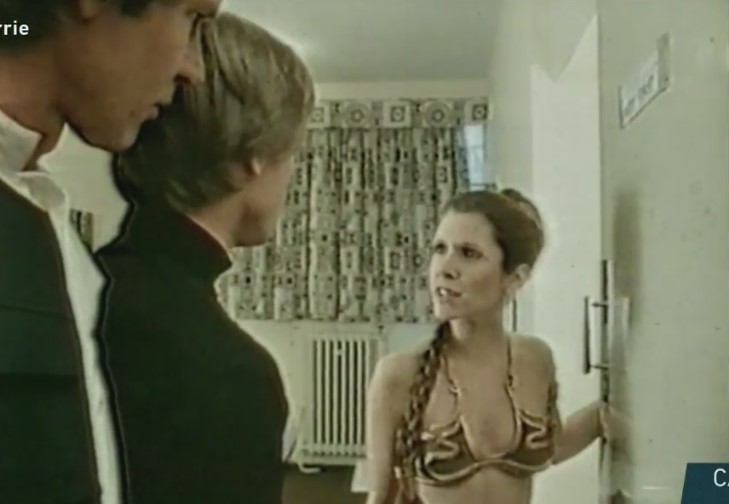 Stay with us throughout the day as we wrap up our coverage of SWCE16.  There is sure to be much more as the day presses on.