All good things must come to an end, and this rings true for longtime Star Wars comic publisher Dark Horse, who will publish their final Star Wars comic book (Star Wars: Legacy, Volume 2, Issue 18) this month. However, this end marks a new beginning; not just for the Marvel takeover of the franchise next year, but because – from the sound of the rumors we’ve heard so far – Legacy, Volume 2’s plot structure could very well mean that we were all led on a wild Bantha chase with some of the previous Star Wars Episode VII plot leaks.

For those not in the know, Star Wars: Legacy is the story of what goes down in the Galaxy Far, Far Away over a century and three decades after the end of Return Of The Jedi. The Jedi Order formed, grew, and was scattered, the New Republic became the Galactic Alliance and decayed into the Fel Empire (a more benevolent version of the Imperial order that preceded it), and the Sith are back in substantially greater numbers. The Sith then take over the Fel Empire, leading to a civil war between the Sith Empire, the Galactic Alliance, Fel Loyalists, the Jedi, and several other parties. While Legacy, Volume 1 and Legacy – War focus on the adventures of Luke’s descendant, Cade Skywalker, Legacy, Volume 2 focuses on Han and Leia’s descendant, Ania Solo. 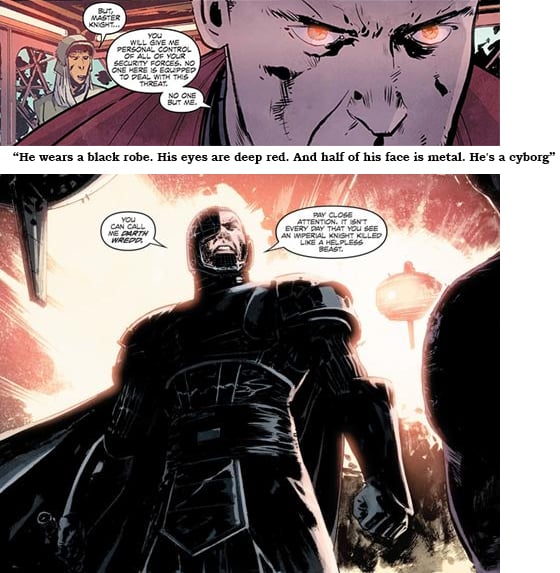 Ania’s story is of particular interest here, because many of the rumors that we’ve heard so far sound like they were taken out of pages of this comic. To begin with, Ania Solo begins her story on a backwater planet running a junkyard along with her Mon Calamari friend Sauk, when she discovers a lightsaber. She then learns that she’s been marked for death, and she and Sauk escape from an Imperial Knight called Darth Wredd, a cyborg. They then escape the planet and go on a series of adventures that allow them to join forces with a former Imperial Knight named Jao Assam, all while trying to evade Wredd, Empress Marasiah Fel, and other Force-Sensitive Imperials, eventually crossing paths with Cade Skywalker at a crucial point in the story. 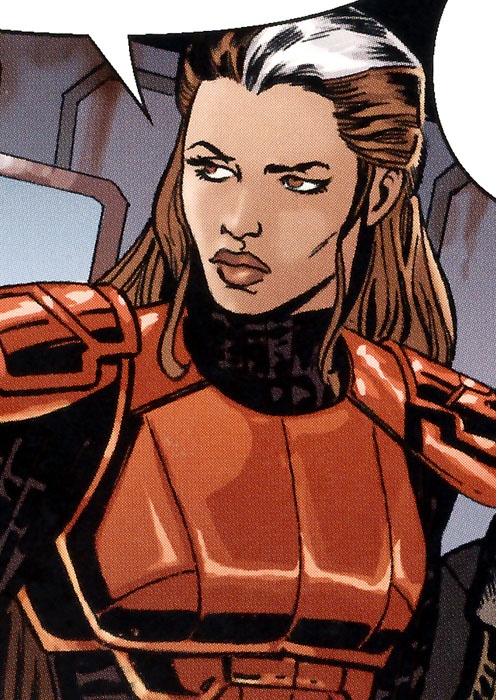 We think that sounds familiar. A little too familiar, as these plot elements basically line up with what rumors have said is the plot of the movie. Like Ania, Daisy Ridley has been rumored to be both the lead character and the descendant of Leia and Han – a claim that would seemingly be supported by the fact that she’s the new first actress that we know of to officially be signed on to all three movies in the Sequel Trilogy. She’s supported by a Mon Calamari character and a Black ex-Imperial who is chased by an Imperial authority figure, the latter of which fits the mold of John Boyega’s rumored character to a tee. The plot is kickstarted by the discovery of a lightsaber, and eventually leads to the young Solo girl running into a Skywalker. Finally, they’re on the run from a cyborg Sith Lord, who is working for an Imperial who just so happens to look kind of like Gwendoline Christie. It’s like running the gauntlet of every story lead that’s been brought up in the past few months, and we’re starting to get the feeling that these “leaks” we’ve been hearing about are actually just plot elements of Ania Skywalker’s story being misattributed to Episode VII. 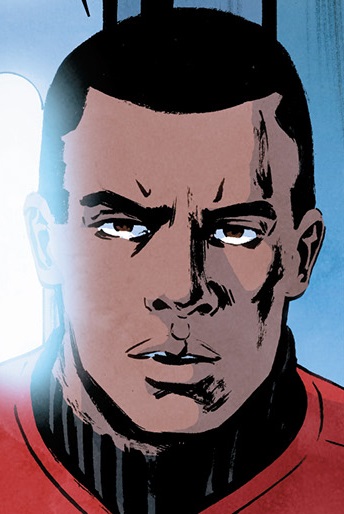 Of course, playing devil’s advocate here, there’s a possibility that the Legacy story arc is partially a template for Episode VII – as the official Star Wars Legends announcement did explicitly state that the massive archives of the former EU are going to be used as a frame of reference for future works. Still, it’s too close to the projected storyline that we’ve seen so far to be a simple coincidence. So, what do you guys think? Were we all taken on a ruse cruise, or is there some truth hidden in the sea of deception? Finding truth in these rumors is difficult to see, for “always in motion is the future.”

Special thanks goes to this post on TheForce.net boards, which provided scans of these characters.