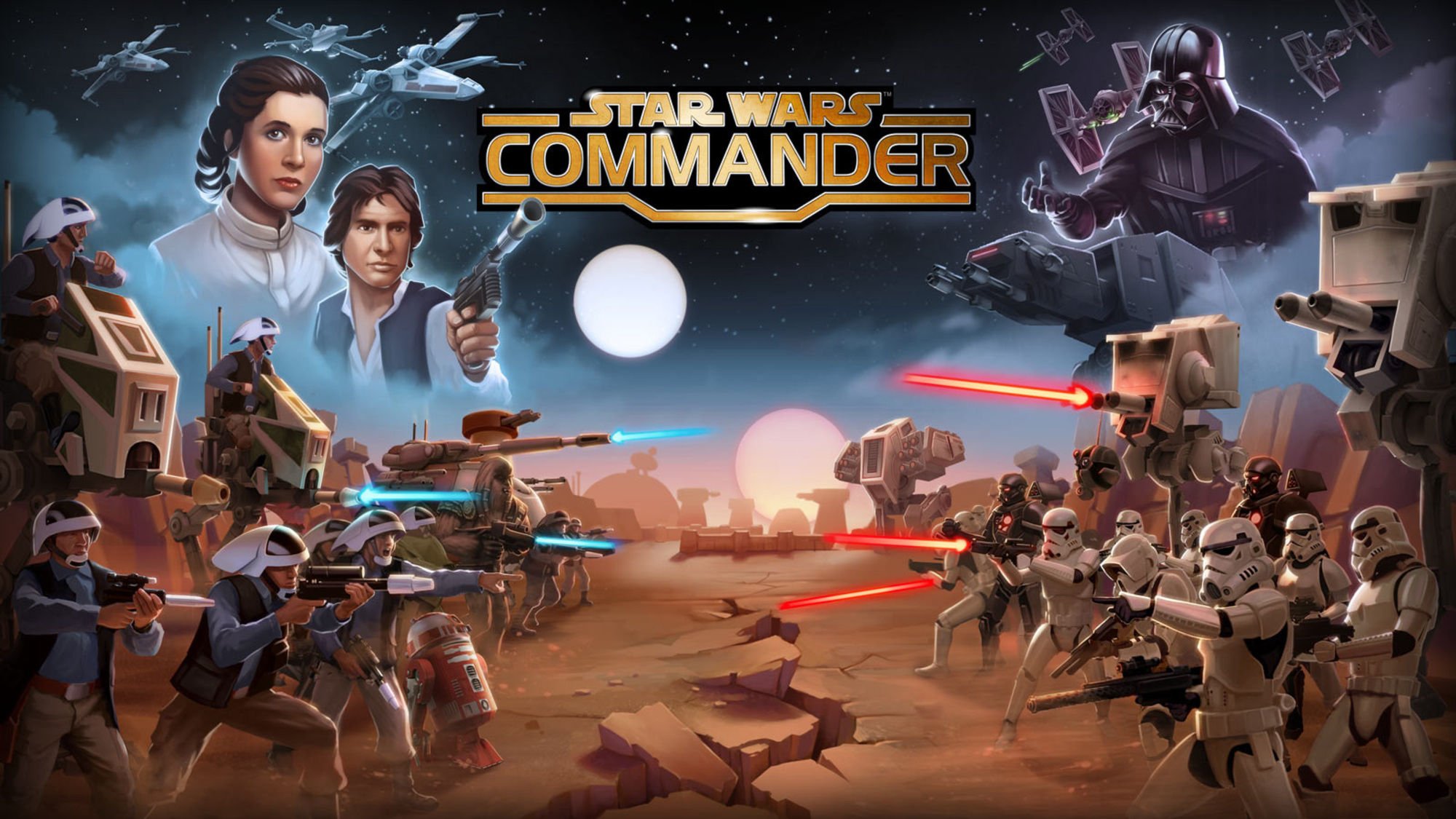 Disney Interactive has recently released the first canonical Star Wars video game (not counting Star Wars Journeys: Episode I, which is a retelling of The Phantom Menace), set shortly after A New Hope. The strategy game features an entirely new storyline revolving around the construction and protection a mercenary base that is being installed on Tatooine, as well as combat operations carried out from the base for either the Rebel Alliance or the Galactic Empire.

The game takes place after the Battle Of Yavin, in which the Rebel Alliance is starting to gain support against the Galactic Empire with their major victory. Of course, the Rebel’s revolution has a long way to go, and the Empire still has a strong foundation and the military to back it up, with an arsenal containing AT-ATs, AT-STs, and AT-MPs (previously used in The Force Unleashed II – great to see they aren’t letting good ideas from the Legends continuity go to waste). However, the Rebels have been able to repurpose old technology from the Clone Wars (including AT-RTs and the massive ten-wheeled Juggernauts from Revenge Of The Sith, along with the previously-unseen Saber Repulsion Tank) in order to counter any Imperial advances. The trailer for the game can be seen here:

The player starts off as a mercenary allied with a man named Saponza, and the pair quickly become involved with either sabotaging the Rebellion or overthrowing the Empire based on the player’s choices. Along the way, players will run into new characters and familiar faces, including Darth Vader, Bib Fortuna, Leia Organa, Chewbacca, and Han Solo. (Not Luke Skywalker, though! If I’m correct in making an assumption on the way that the new timeline is going to work, I believe that the Jedi-to-be may be busy with the events that will be covered in the 2015 novel Heir To The Jedi. If that’s the case, I think that’s a clever way of directly tying one canon story to another.)

The game is a freemium title, which is to say that you can play it for free, but you can get access to content at a faster pace if you use real-world money to pay for an in-game currency (which, to reiterate, is an optional feature – if you don’t want pay up, then you’ll just have to wait a while in-game). The title is currently available for Apple iOS software, and will be coming to Android, Windows, and Google devices in the near future (about a month or so), which will allow you to play the game on your own computer.