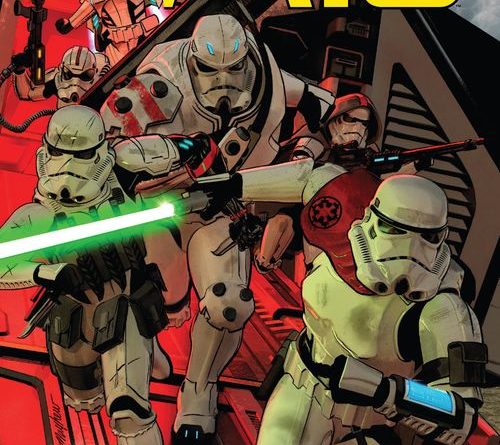 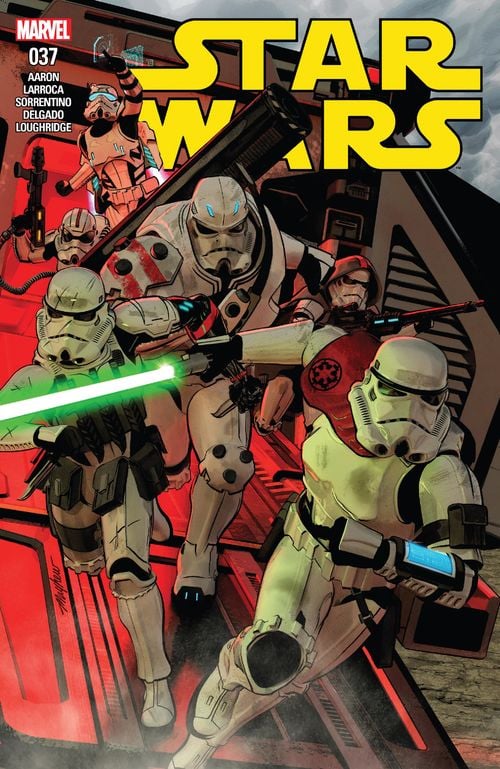 SCAR Squadron is back…with their deadliest attack yet!

Way back in issue #25, SCAR Squadron received quite a lashing from Darth Vader after losing Luke Skywalker and failing to maintain the blockade of Tureen VII. Lucky for them, they didn’t come out of the situation empty handed since they captured C-3PO. In the previous issue, R2-D2 managed to free him right under the nose of the Empire, receiving help from the Rebels just when it seemed that the two droids would be destroyed by Darth Vader himself. However, the last page also revealed that the SCAR Squadron managed to uncover the location of the Rebel outpost.

This issue marks the end of Jason Aaron’s run as a writer on the main Star Wars comic. As of the next issue, the writing duties will be taken over by Kieron Gillen, who will begin an all new story arc. While this issue is a collection of two one-shots, the first one – Imperial Pride – opens new story lines for which resolutions will most likely be seen in the future of the series.

At the beginning of the story, Sergeant Kreel trains with a lightsaber using training droids (the same Luke used in A New Hope) but without safety protocols. Eventually, he is overwhelmed and then admonished by Vader as undeserving of the lightsaber. If you can say anything about Kreel it’s that he has some guts in him. Rarely someone speaks with Vader as he does. He tells him that he doesn’t want to be a Sith. He was saved from the fighting pits by 501st and that is where his loyalty and ambitions lie. And after what he promises he would do if SCAR Squadron fails again, even Vader seems a bit impressed. 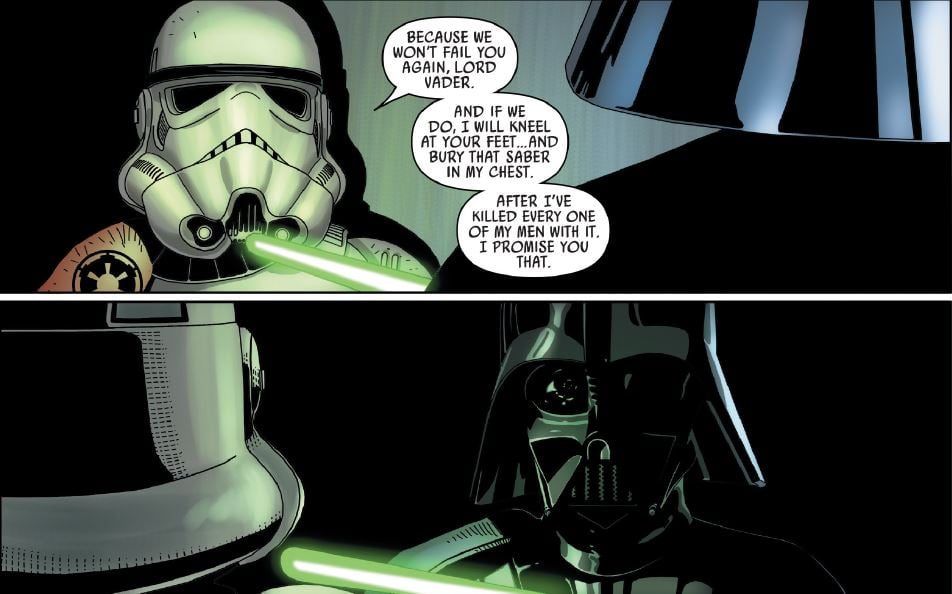 He allows SCAR Squadron another chance and informs him where to search for the Rebel outpost. They are interrupted by the arrival of the Emperor who makes quite an impression on Kreel. 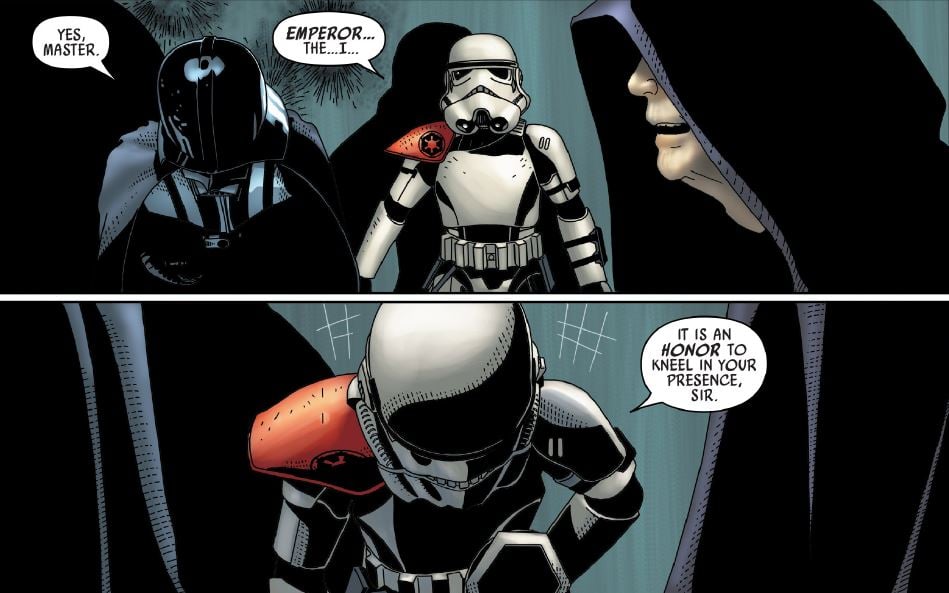 In the Horox system, the squadron aids the local starving population by killing their overlord who was exploiting them. It is very easy to buy one’s loyalty when you keep them from starving to death. The locals help Kreel and his men to find the outpost.

At the outpost, perhaps inspired by his chance meeting with the Emperor, Kreel heads into the building and single-handedly destroys the entire group of Rebels. It is clear that Kreel is Imperial through and through; there is no ounce of doubt or conflict in him. Not only does he believe he and the Empire are in the right as many villains do, he believes that they are good. After the massacre, SCAR Squadron leaves a calling card for the Rebellion, and Luke, Leia, Han and Sana find it. There are no survivors.

While Leia initially wants to do the right thing and bury the bodies, she has to accept the reality that staying there is too dangerous. And all of our heroes have to accept that their war has just begun. 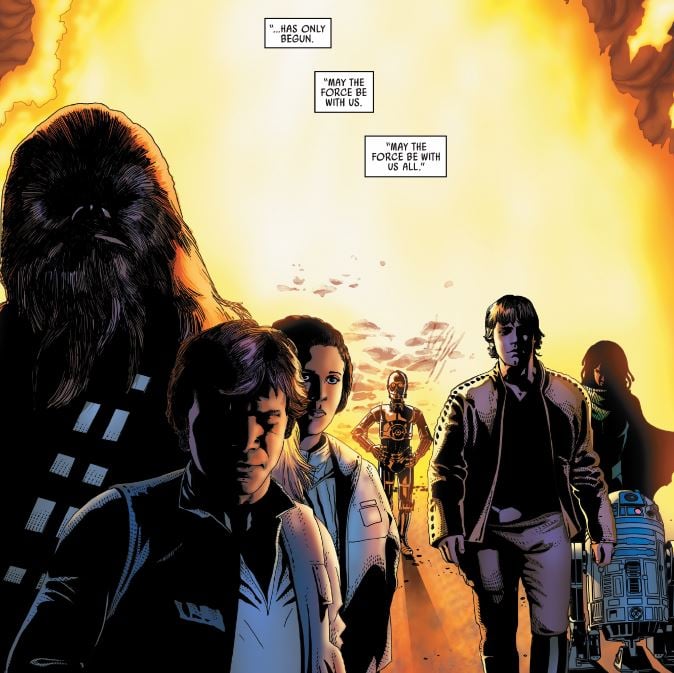 The second one-shot – The Sand Will Provide – is a collaborative story between Jason Aaron and his son Dash, illustrated by Andrea Sorrentino. As you might guess from the title, the story is centered around Tusken Raiders and their life on Tatooine. It is a harsh life and a harsh world that still manages to provide for them. However, it provides enemies as well. 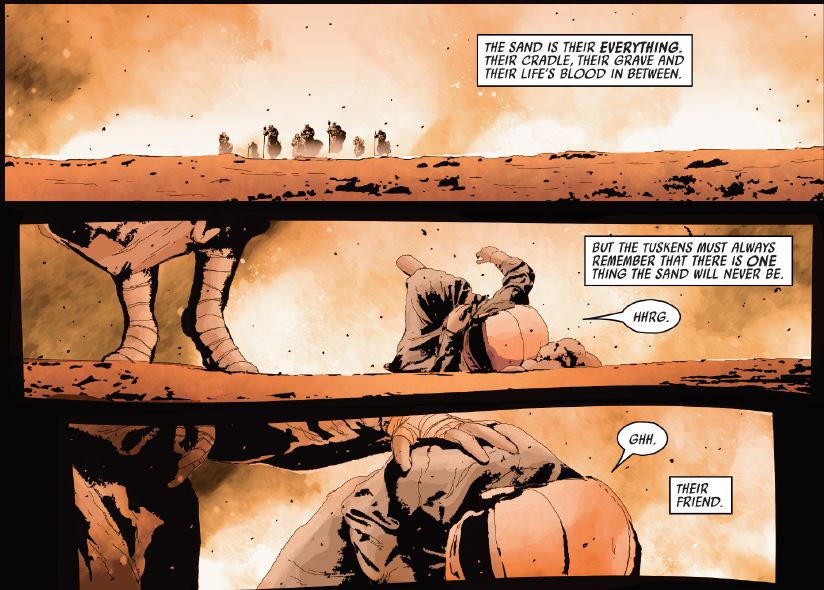 When those enemies catch a group of Tuskens unaware, a child is the only survivor. The sands of Tatooine are not a place for the weak. The child finds the way to Mos Eisley and its infamous Cantina where our friend Wuher summarily throws it out. The passing stormtroopers debate what to do with it, until a cloaked figure appears and offers to take the child home. He is very persuasive.

The child is brought back to its people. Its rescuer envies their lives away from the Sith and the machines of war. And while sand always provides, sometimes it needs a little help.

As his last entry into this comic run, Aaron, in my opinion, managed to exit on a high note. I always liked the stories told from the villain’s point of view and Kreel fits the bill in every sense of the word. But, you can also understand him and undoubtedly respect his courage. I hope that Gillen will provide him and SCAR Squadron with a suitable end, because we know he must eventually fail. However, the Rebels will not have it easy if this issue is anything to go by. Larroca’s hyper-realistic style was never my favorite, but it fits perfectly with stormtroper (or Vader’s) armor and he excels in his depiction of action.

Aaron has given us some exciting arcs during his tenure like Skywalker Strikes (in which Vader learned Luke’s identity) or Showdown on the Smuggler’s Moon (in which he received his first formal lightsaber training – from Kreel himself). He introduced us to some new and exciting characters like Sana Starros, who after initial fan outrage, grew to become one of the more complex Star Wars characters. Even his less (always in my opinion only) interesting arcs like Yoda’s Secret War pushed the lore into new and interesting directions. His stories From the Journals of Old Ben Kenobi were some of my favorites. Even this last story managed to tackle an angle we have rarely seen and told us more not just about Tuskens but also Ben Kenobi and his endless compassion. I loved Sorrentino‘s art and I hope we will see more of it in the future.

As much as Aaron has given to Star Wars, it is good to mix things up and his successor – Kieron Gillen – is no slouch. He has already given us 25 great issues of the Darth Vader comic. He also authored one of my favorite Marvel comics in the recent years – Journey Into Mystery. Needless to say, as much as I am sorry to see Aaron go, I am excited for Gillen to take the reins of the galaxy far, far away in comic form. Especially, considering the story which begins in the next issue. 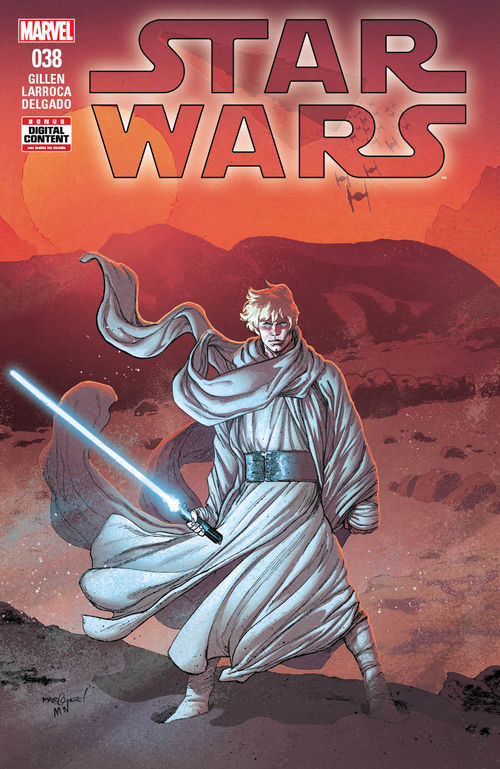 The Rebel Alliance turns its attention to the shattered planet of Jedha! Once the site of great significance to the Jedi, Jedha was left in ruins when the Death Star annihilated the Holy City there. Now, new series writer Kieron Gillen joins artist Salvador Larroca to bring Luke, Leia, Han, and the rest to the remains of the tragic victim of the Empire’s fury! 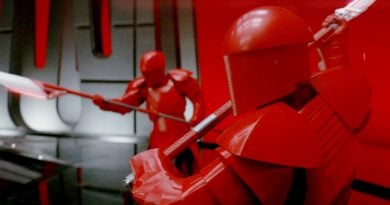 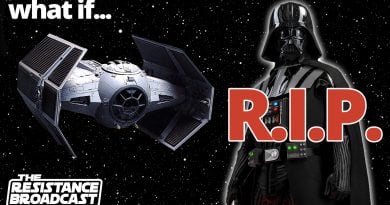 The Resistance Broadcast – What If Darth Vader Died in A New Hope? 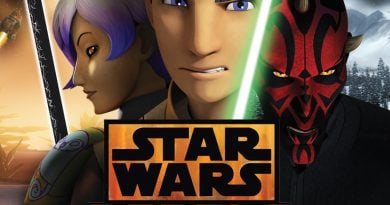