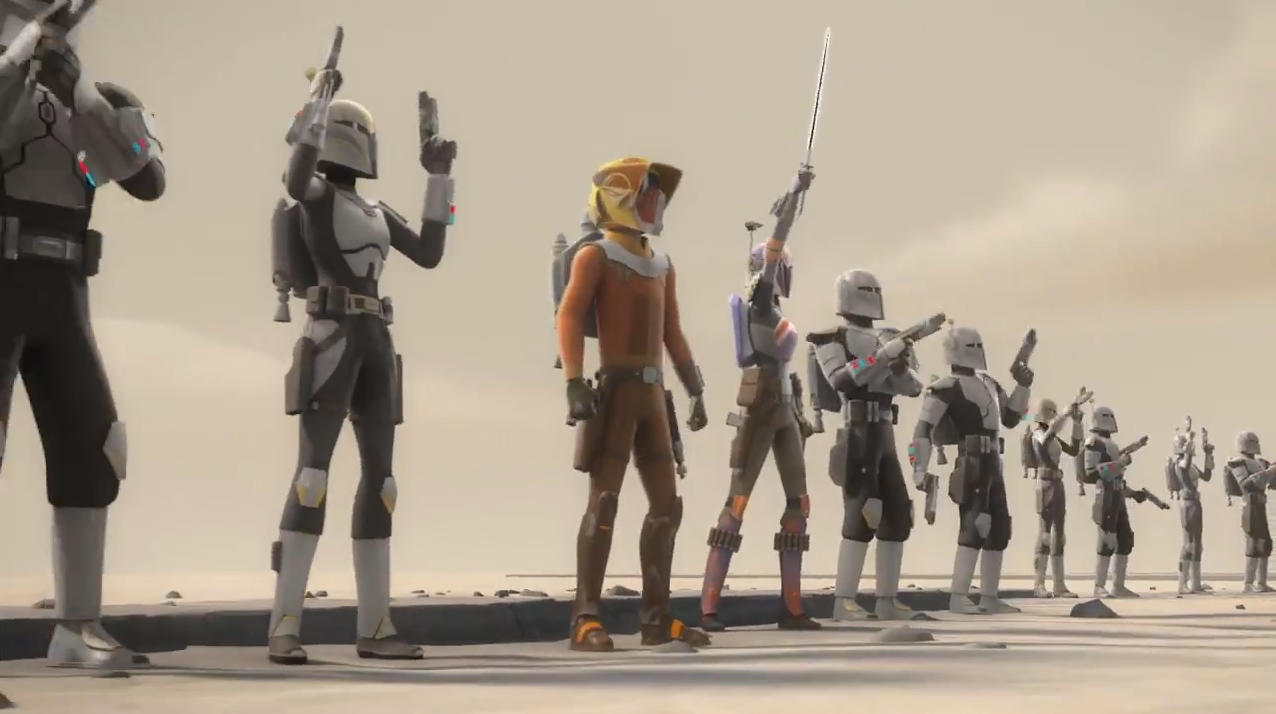 The fourth and final season of Star Wars: Rebels begins on October 16th, and Ezra and Sabine stand together against the might of the Empire in a brand new minute-long trailer!

“This is how a rebellion starts… Let’s go.” 👊 The final season of #StarWarsRebels blasts off on Monday, October 16th! @starwars pic.twitter.com/SR7nW3IRGm

Will Thrawn finally break the Rebels? What will happen to our beloved heroes? This season is promising indeed as we draw closer to Rogue One, finally witnessing the fate of the Ghost crew and the continued rise of the Rebel Alliance.