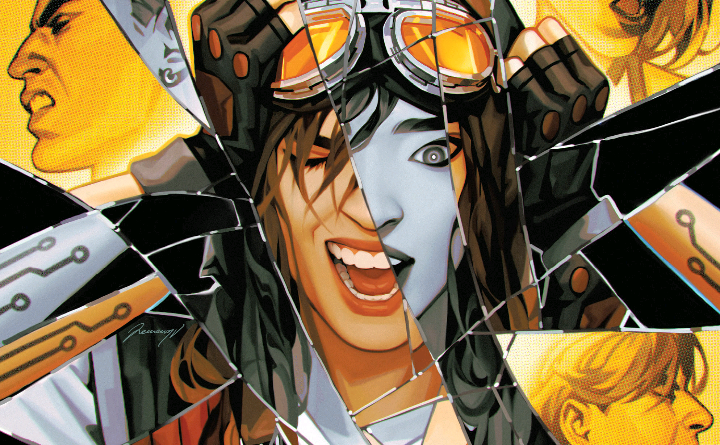 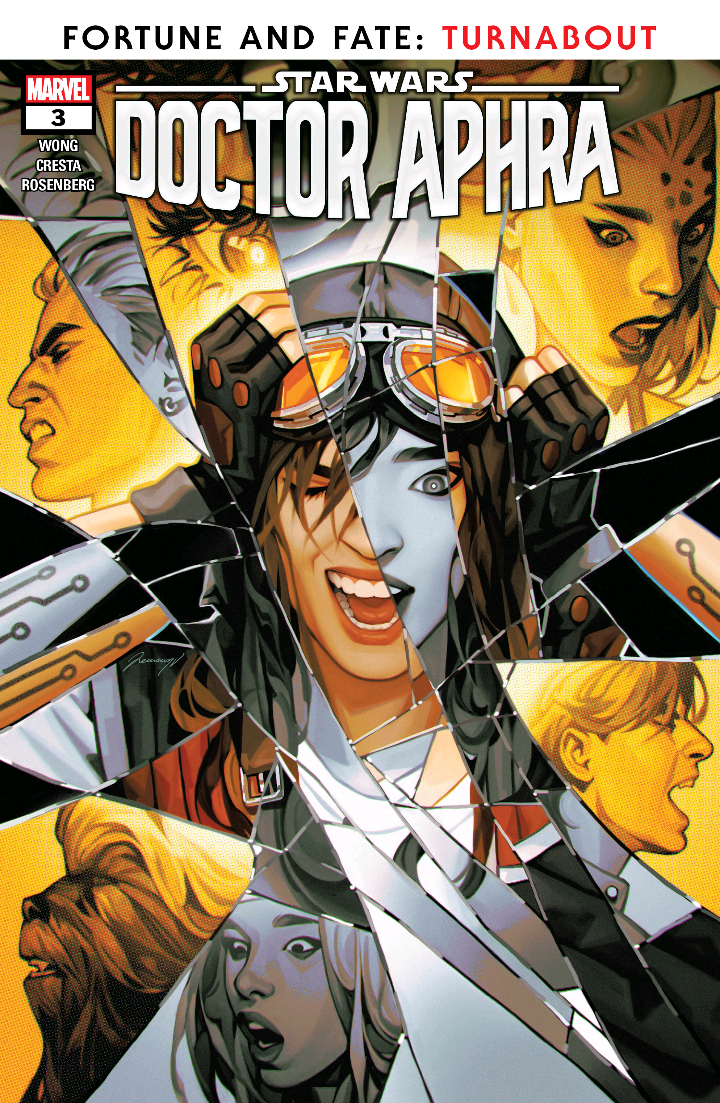 The third issue of Alyssa Wong’s run on Doctor Aphra is out this week, and the writer continues to prove that she has a great handle on what makes this book so appealing in the first place. Doctor Aphra is probably the most unique of all of the current Star Wars comics right now, fitting in perfectly with the rest of the Star Wars universe, but maintaining its own unique voice and style.

When Kieron Gillen first introduced us to the infamous Doctor Aphra back in Darth Vader #3 five years ago (hard to believe), he wasn’t at all subtle about the inspiration behind the character. Although Aphra is not a simple clone of Indiana Jones, having her own unique qualities (and flaws) that set her apart, she definitely fits that archetype. But Doctor Aphra as a series has never felt more like Indy than it does in Wong’s current story arc. 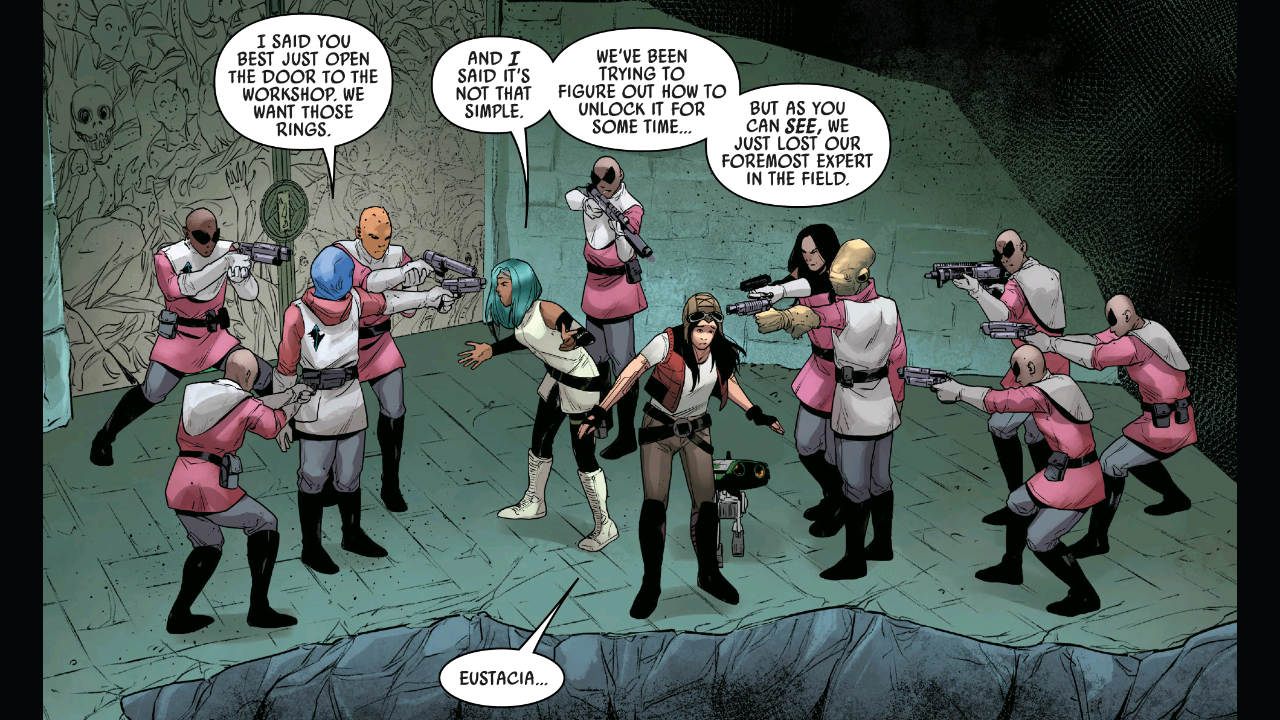 Searching for the mysterious Rings of Vaale, artifacts of untold power, Aphra and her team have tracked the rings to Dianth. There they found an ancient city with bones interred in its walls, a creepy aesthetic to say the least and possibly indicative of something even more sinister at work. 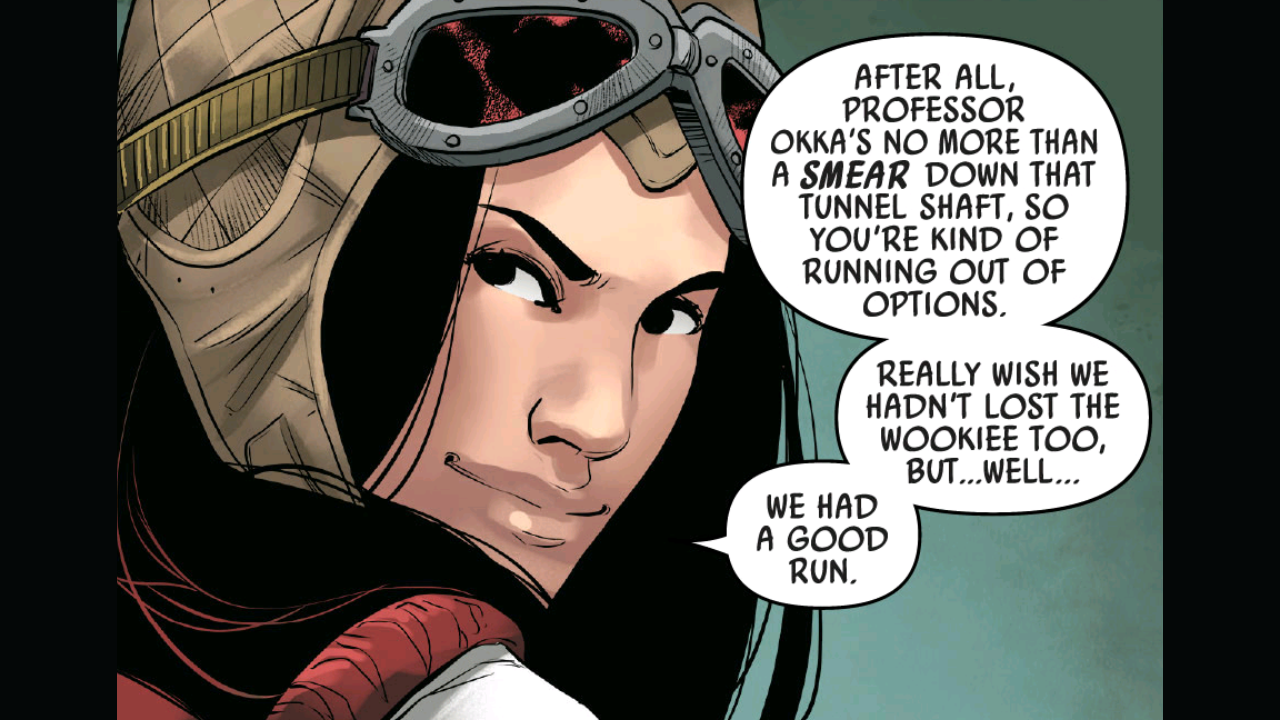 Last issue, Aphra’s team was ambushed by the agents of the eccentric and ruthless Ronen Tagge, who also has a desire for the rings. With over half of her team missing and presumed dead, Aphra must once again rely on her wits and expertise to outsmart Tagge’s lackeys and get her hands on the prize. 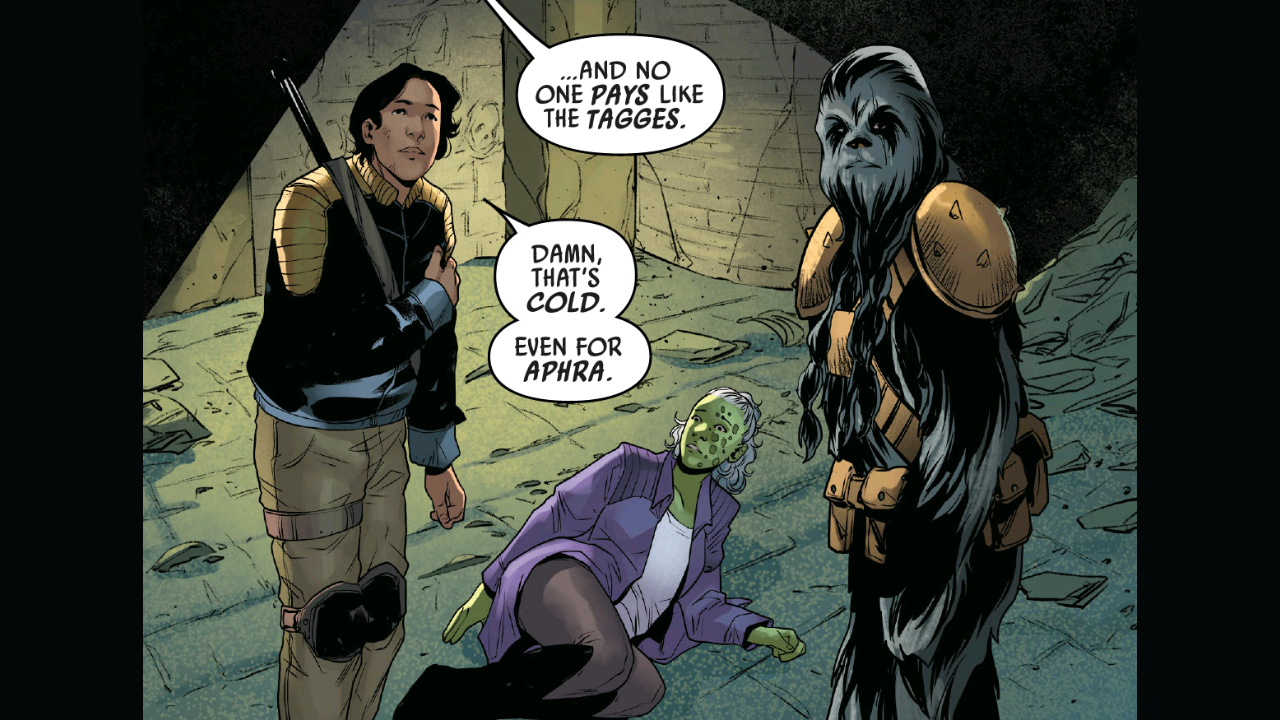 Separated from Aphra and Detta Yao, Professor Okka, Lucky and Black Krrsantan continue their search for the rings. While Aphra makes her way to the workshop where the rings were created, Okka’s group finds the mausoleum directly beneath where they find the Ring of Fortune. 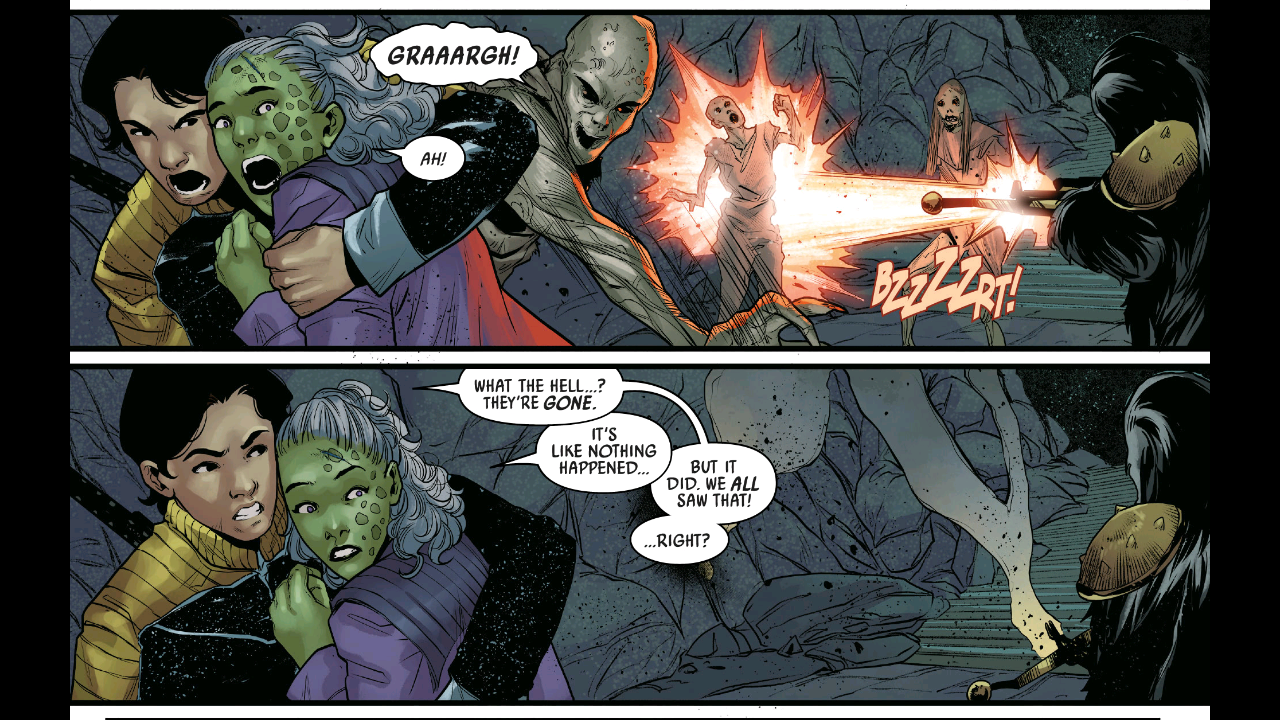 The visions and the mysterious high pitched noises continue, causing them all to question what in the ancient city is actually real and what is just an illusion. Along the way, Lucky proposes a sobering thought – that there was in fact a spy in their midst. How else would Tagge have known where to find them so easily? 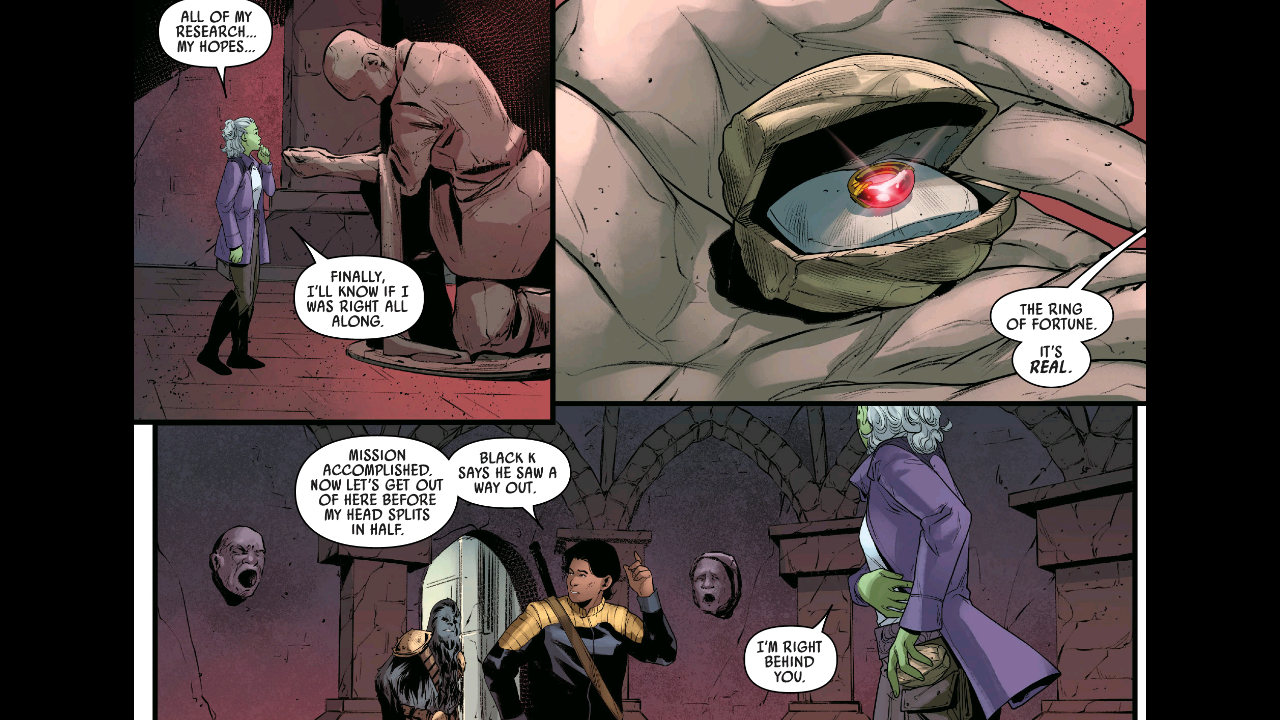 Finally reunited, the team discovers what Aphra had already come to suspect, that Detta had no intention of sharing the credit for the discovery of the rings with any of them. But when she tries to take the ring from Okka, Lucky reveals that he had already stolen it from the professor, leading us to think that he had been in league with Aphra. 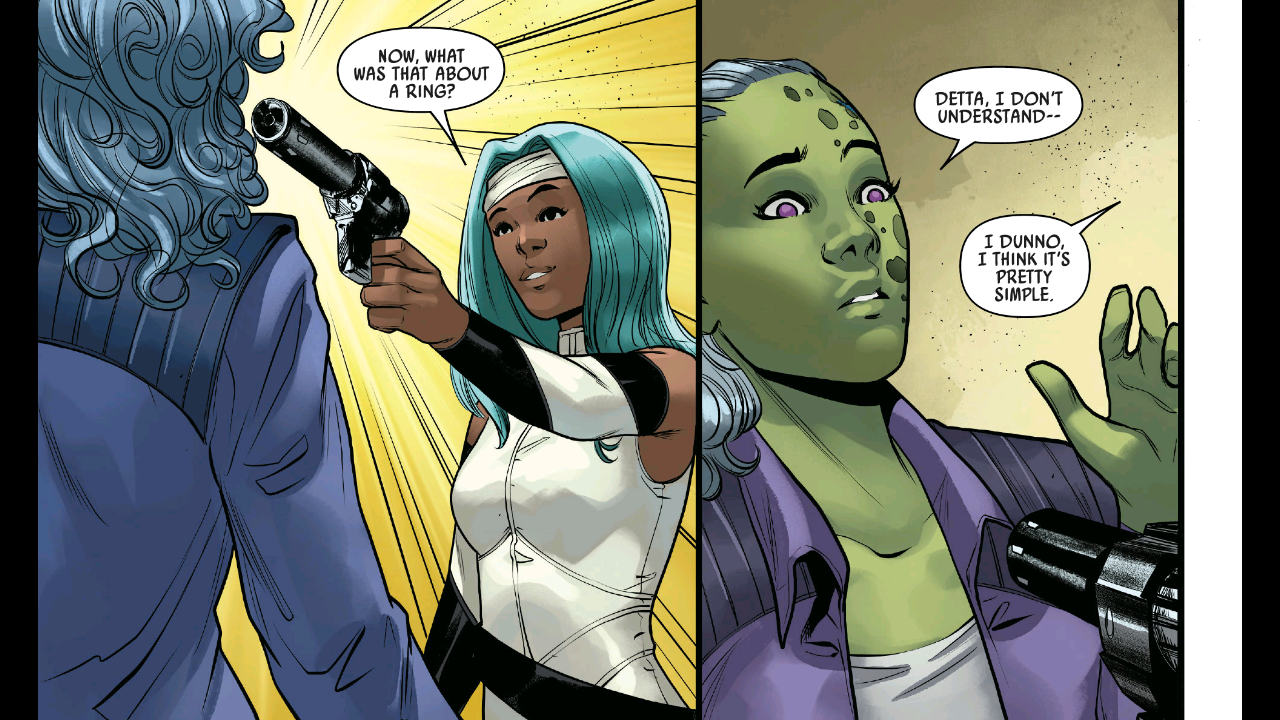 Aphra at least seems confident in his actions during the turn of events, but it turns out that betrayals are in no short supply this issue. After helping Aphra take down Detta, Lucky refuses to give over the ring, revealing that he had actually been working for Tagge all along, giving Aphra a taste of her own brand of double-crossing medicine. 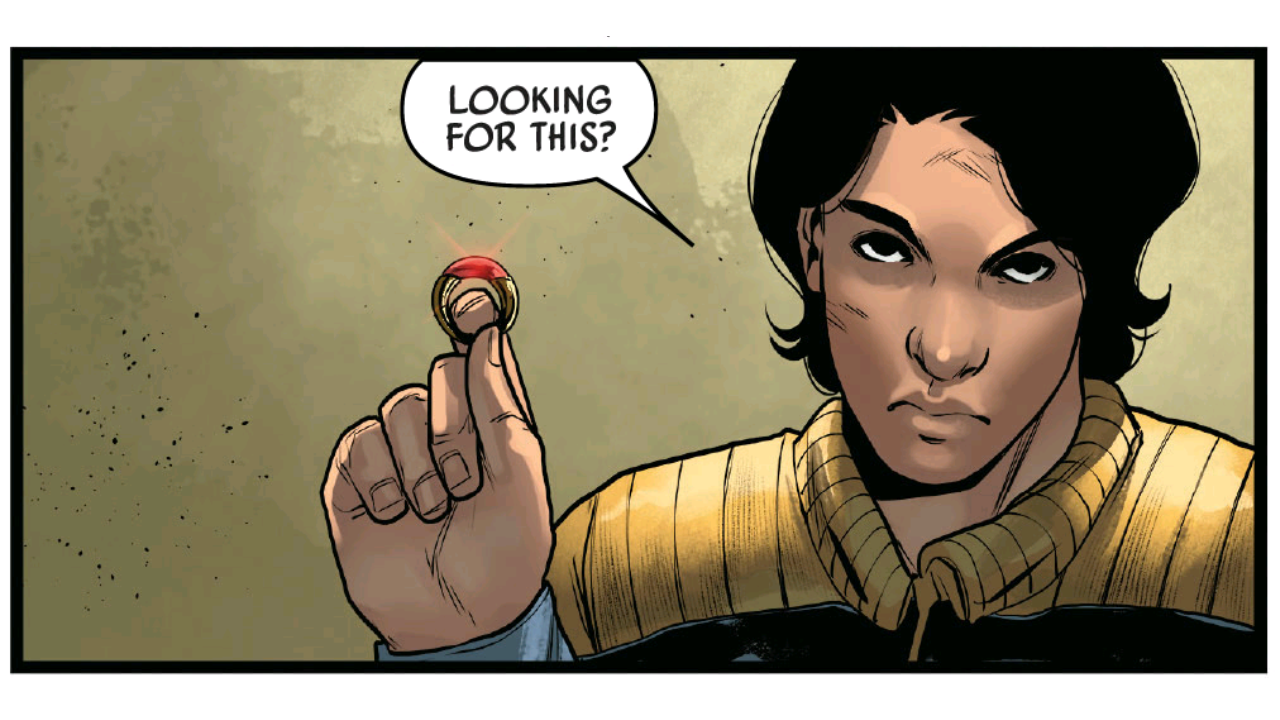 I thought this was a nice little twist at the end that I probably should have seen coming, but I wasn’t really thinking about the possibility of another betrayal so soon after Detta’s, and Lucky’s mention of a possible spy earlier on served as some nice misdirection, subconsciously causing me to rule him out as a suspect. 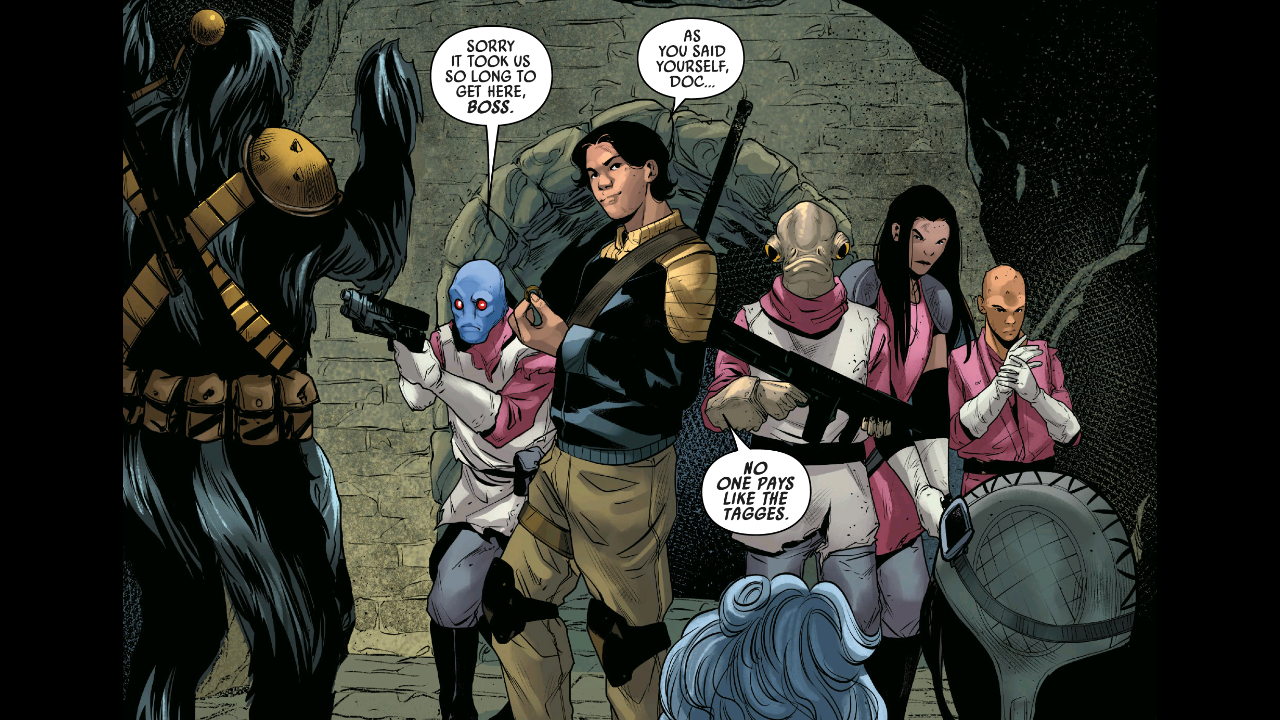 If the Indiana Jones movies taught me anything, it’s that anyone friendly to Indy is just as likely to be in league with the Nazis as anything else. Archaeology, it seems, is a truly dangerous and cutthroat profession, and no one can be trusted, not even a cute little monkey sidekick. True to the Indy archetype, Aphra’s list of friends grows shorter by the day, but at least it looks like Black Krrsantan and the professor are still on her side, for now at least.

Doctor Aphra #3 continues to be a breath of fresh air for Star Wars comics. Though technically set in the original trilogy era, the series manages to distance itself from the films enough storywise that it feels like its own thing altogether.

Even though art is subjective in most ways, I do feel that the art in this series is pretty average. Marika Cresta’s art is fine, don’t get me wrong, but I have yet to be wowed by anything I’ve seen in this book. That being said, I’m not hating on it at all. I guess I just miss the Kev Walker days and his energetic pencil work.

I think Alyssa Wong is doing a great job with the series so far though. Doctor Aphra continues to be fun and creative, and the writing is smart with a well-paced story. There’s just enough mystery to pique my interest and just enough distance from the main saga to help me disconnect and just enjoy the story at hand. For someone that has been obsessed with consuming the Star Wars canon material but is honestly feeling a little burnt out on the franchise lately, Doctor Aphra is the comic I need right now. 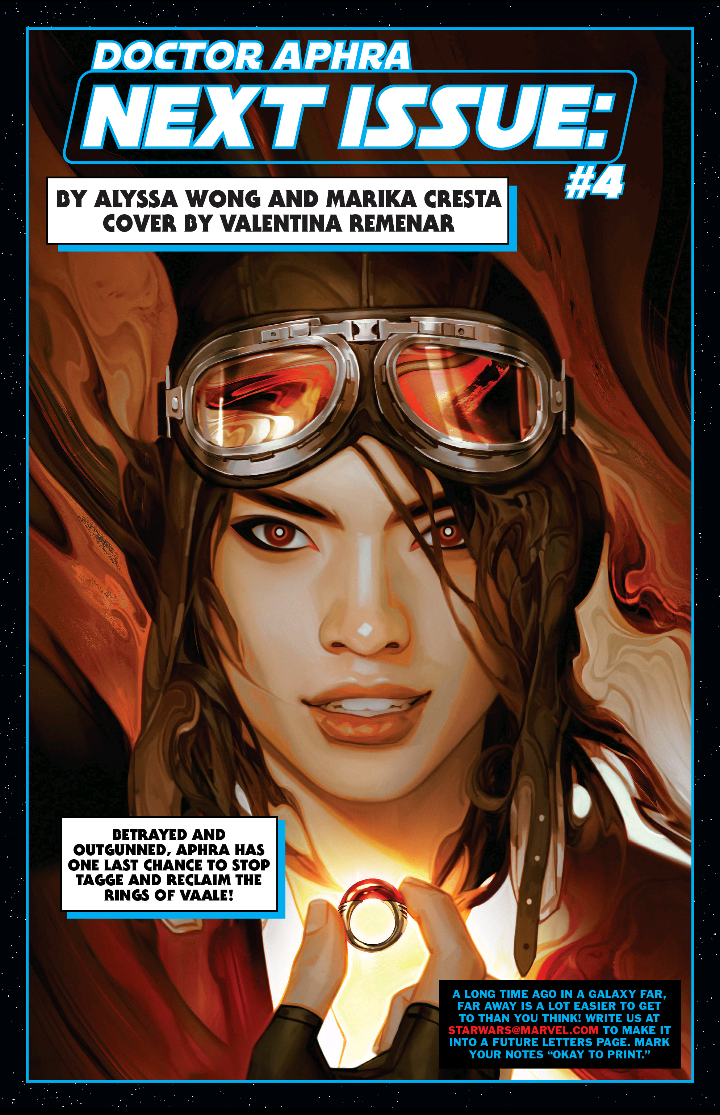 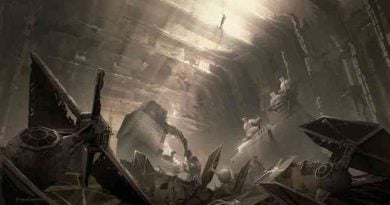