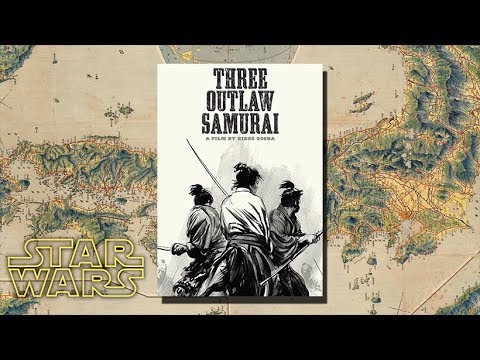 Three Outlaw Samurai is another one of the films Rian Johnson revealed might have inspired bits and pieces of Star Wars: The Last Jedi. A work of the Japanese director Hideo Gosha, Three Outlaw Samurai explores themes of duty, betrayal, and honor, and how a simple, yet critical decision, can change one’s conception of each.

Rian cited the film for “the look and feel of its sword fights and its general sense of pulpy fun,” in an interview with Empire Magazine.

My video below discusses the film and its themes. Let us know what you think of Three Outlaw Samurai and its possible connections to The Last Jedi!

You can check out Wayward Jedi’s previous video on another movie that inspired Rian Johnson here.

Stay tuned for more interesting videos by Wayward Jedi. If you like what you see, make sure to subscribe to his channel here.