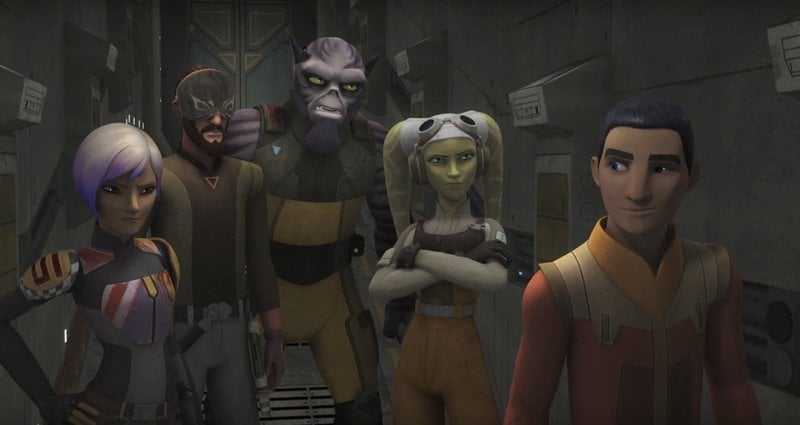 We have previously reported about possible imminent announcement of season 4 of Star Wars: Rebels  and the official Star Wars page confirmed it today.

Star Wars Rebels is set to return for a fourth season, Lucasfilm announced today, premiering later this year on Disney XD. Production is already underway. Marc Buhaj, senior vice president, programming and general manager, Disney XD said, “The team behind Star Wars Rebels delivers epic storytelling that has captivated fans of all ages across the globe. We’re excited to continue sharing the journey of these fan-favorite rebels with our audience in the fall.”

According to the announcement, we can expect more Rebels news very soon.

Fans can look forward to more details and an announcement about the exciting fourth season of Star Wars Rebels during Star Wars Celebration in Orlando this April!

With the game news, The Last Jedi panel and now Star Wars: Rebels, Star Wars Celebration is shaping up to be very exciting event for every Star Wars fan. But before that, we can look forward the exciting finale of Season three which is quickly approaching.