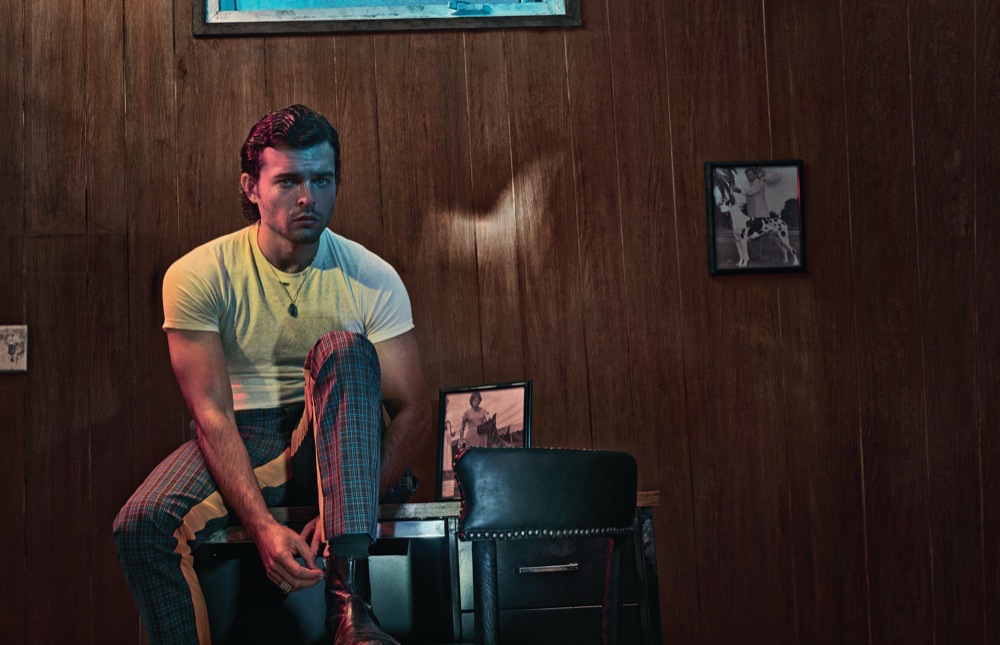 Alden Ehrenreich is clearly a star on the rise. After his breakout role in the Coen brothers’ Hail Caesar, Ehrenreich beat out nearly 2500 other actors for the highly coveted role of young Han Solo. He sat down with Interview Magazine to briefly talk about what it was like auditioning for, and winning the part of, Han Solo in the upcoming Star Wars Story.

Ehrenreich on the Audition Process:

“I had an audition process that went on for a long time, and I got to spend a lot of time with the guys who are directing the film,” Ehrenreich said, referring to Phil Lord and Chris Miller (The Lego Movie, 21 Jump Street). “Getting to be around them and being around the world a little bit has been the main experience so far. I did my audition on the Millennium Falcon for one of my screen tests, which was pretty cool.”

Ehrenreich says he isn’t quite to the point of the process where he has developed what his specific take on the role will be. He also has yet to meet the originator of the role, Harrison ford, but he is very excited to get to live out his childhood fantasies on screen.

“I remember pretending to be the characters in the movies when I was a little kid,” Ehrenreich said. “The last three movies I’ve done, I played a cowboy [in Hail Caesar], then I played a soldier [in Little Birds], and now I play Han Solo. So the little kid in me is having a real joyride.”

Check out Interview Magazine for the full profile.