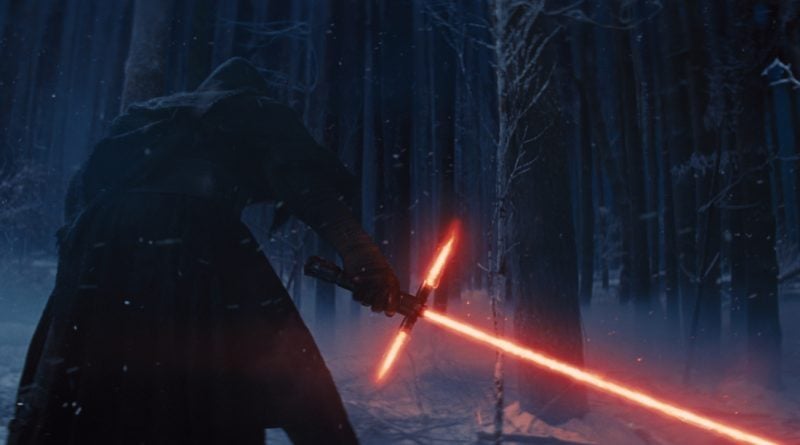 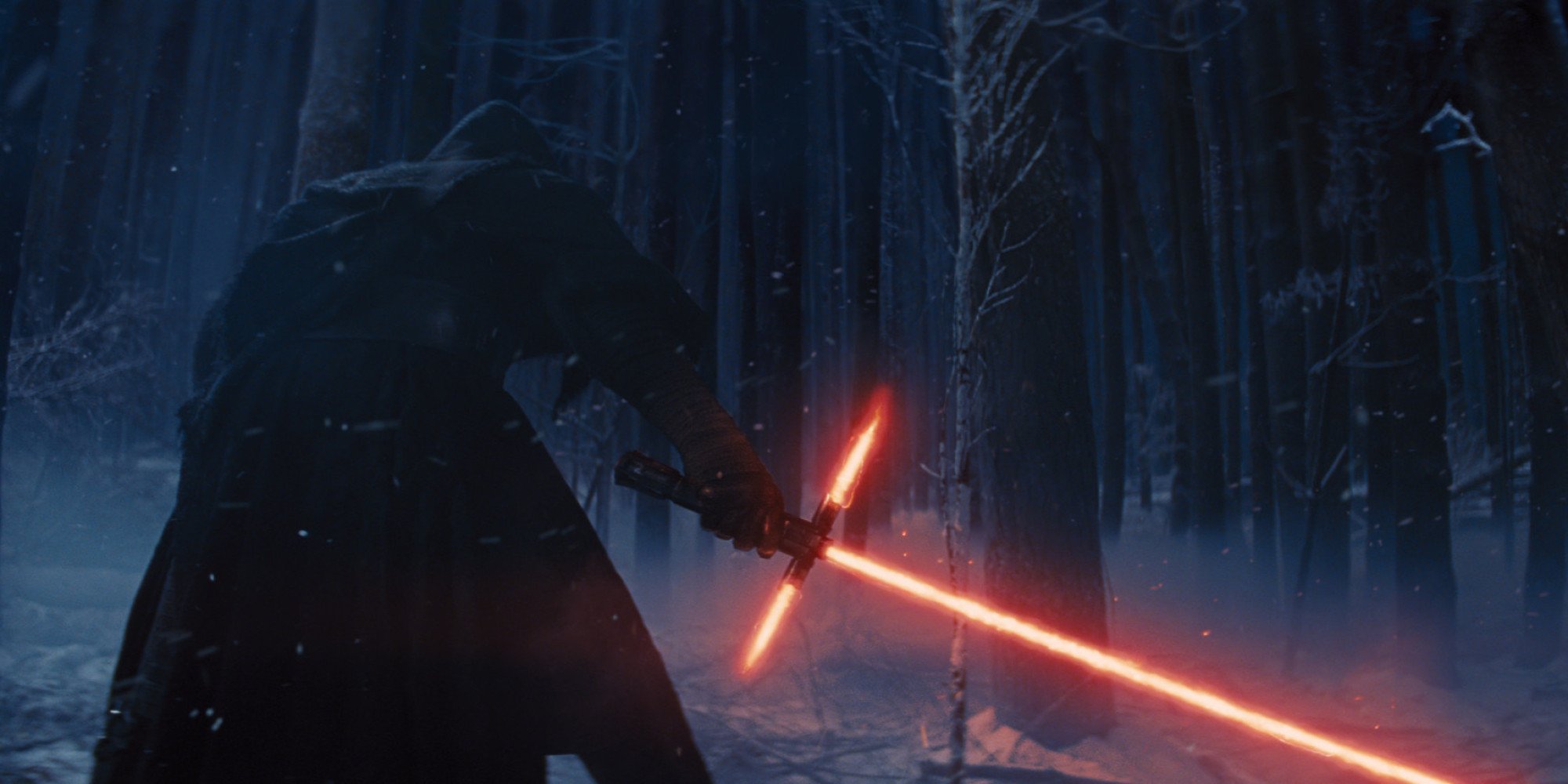 Nerdist’s Amy Ratcliffe has a great interview up with the sound designers of Star Wars: The Force Awakens this week. David Acord and Matthew Wood go in depth on the approach and specifics of many of the unique and now iconic sounds from the film.

There is a great deal of interesting content, but of particular interest are the comments on the sound design of Kylo Ren. David Acord discussed the approach they took to Kylo Ren’s saber and force powers and how they were intended to reflect the nature of the character.

I think the most obvious new sound effect in the movie is Kylo’s lightsaber. We were attempting, along with his Force power effect, to create sound effects that would mimic his persona, which is this raw power he has that’s not quite formed. He’s not well trained, but he’s extremely powerful. It’s a little wild and dangerous. The sword itself, the look of the sword has the extra darts coming out the side, and it’s really sparky and wavery and it looks a little homemade. The idea of the sound was to match that–something that sounds like raw energy, just pure power, very brutal and kind of wild and dangerous sounding.

The Force sound to go along with Kylo had that deep, raw, animalistic sound. It’s a chunky, raw growl that’s supposed to imitate the Force power he wields, which is a little more raw versus Rey’s Force power , which tends to be—in the few moments when she’s using the Force, hers is a little more smooth and rhythmic and like a heartbeat. That’s the contrast between the two. 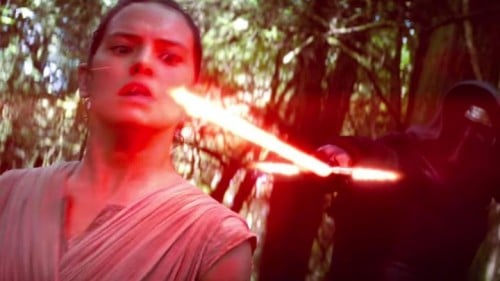 Matthew Wood also discussed Abrams’ vision for Kylo Ren’s voice as it came through the mask.

The Kylo Ren mask process was one of the signature things J.J. wanted to have be special to The Force Awakens. There are sounds like BB-8 or Kylo Ren’s mask that are very signature to this movie. He gave us a lot of almost hyperbole at the beginning about he how he wanted it to sound like a chainsaw mixed with a Harley Davidson with a flamethrower. The thing about Kylo’s mask that was interesting is its function is purely intimidation because it’s not keeping him alive like Vader’s mask is. We wanted to find a way to capture that feeling.

But sound effects weren’t the only key to unlocking the voice of the new villain of the Star Wars saga. After attempting to post process the voice after capturing driver’s performance to less than stellar results, they opted instead to allow Driver to perform his lines while hearing how the finished product would sound.

One of the first sessions I did with him in New York, we set up the scene where the officer gives him the bad news that they’ve lost the droid. We actually put this metal bar with a counterweight on it in front of him so he could hold on to the bar and shake his body as much as possible and not make any noise into the microphone that wouldn’t be correct. And he was… I think we had to cut out many, many swear words between the lines to get the intention there. That’s how he works. He’s very method, he really gets into it.

It was a fun process. The main thing is we wanted it to sound interesting and intelligible, which I think those two things we got from him. When he takes off his mask in that scene with Rey, it’s all the more powerful when you hear his real, unprocessed voice. 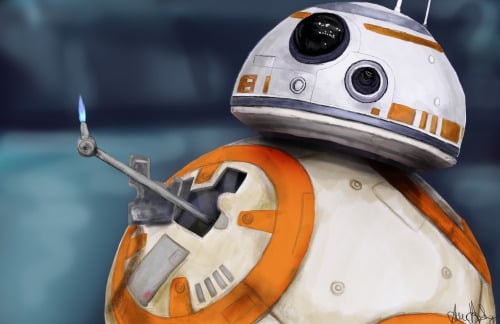 On the lighter side of the sound design, Wood and Acord also discussed at length the cration of BB-8s “voice”.

MW: J.J. was very eager for us to start work on BB-8. We all gave it our all on that. I got to sit there and play with the BB-8 on set and meet the puppeteers and see how they were going to move it around. The one thing that was interesting about Ben Schwartz’s performance that really helped is it was a placeholder to tell us what BB-8 was feeling and saying in more of an English dialogue so that we’d actually hear what his emotional states were in all the scenes. Because there’d be long periods of time where he’d be speaking with Rey, much longer than R2-D2 ever did in the previous films, so we really had to convey that she had an understanding of him and his language. And that’s what the Ben Schwartz dialogue was for, was to give the editors a space to place those lines.

Coming up with how it sounded, we were able to present an idea to J.J. to use this interface, a tactile interface for him to change timbre and pitch with his hand. It was a five point way he could manipulate the sound that would create the tone. Then, we fed that through Bill Hader–this is when he came into the scene. There was a way Acord found out to feed those tones through a tube called a talk box–right, Dave?

MW: It feeds that tone into Bill Hader’s mouth so Bill can perform with his mouth, not actually using any breath behind it but just the movements of his mouth. The tones would go in there, and then we’d rerecord out to a microphone again. We came up with all these little riffs that BB-8 would have and then those were cut together. It was a real big group effort on BB-8. It took a long time to get that sorted. The main thing was to have, when he goes in to talk to R2-D2 at the end of the film, a very distinct quality language for them both.

There’s a lot more interesting content in there as well. From using parrots and cats to capture sound effects, to the personal harm the designers need to inflict on themselves to capture the sound of the Rathtars, it’s a great read. Head to Nerdist to check out the full interview. 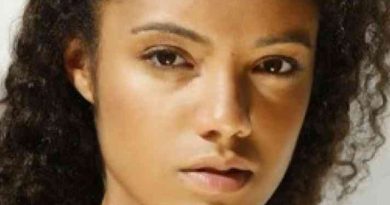 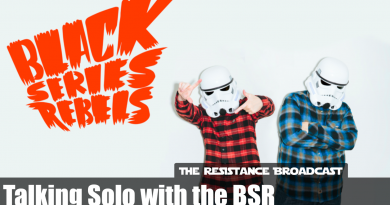 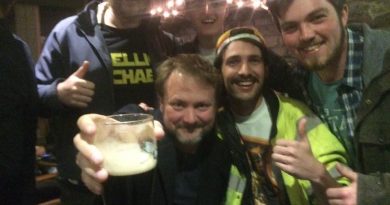 24 thoughts on “Kylo Ren, BB-8, and more with The Sound Designers of The Force Awakens”