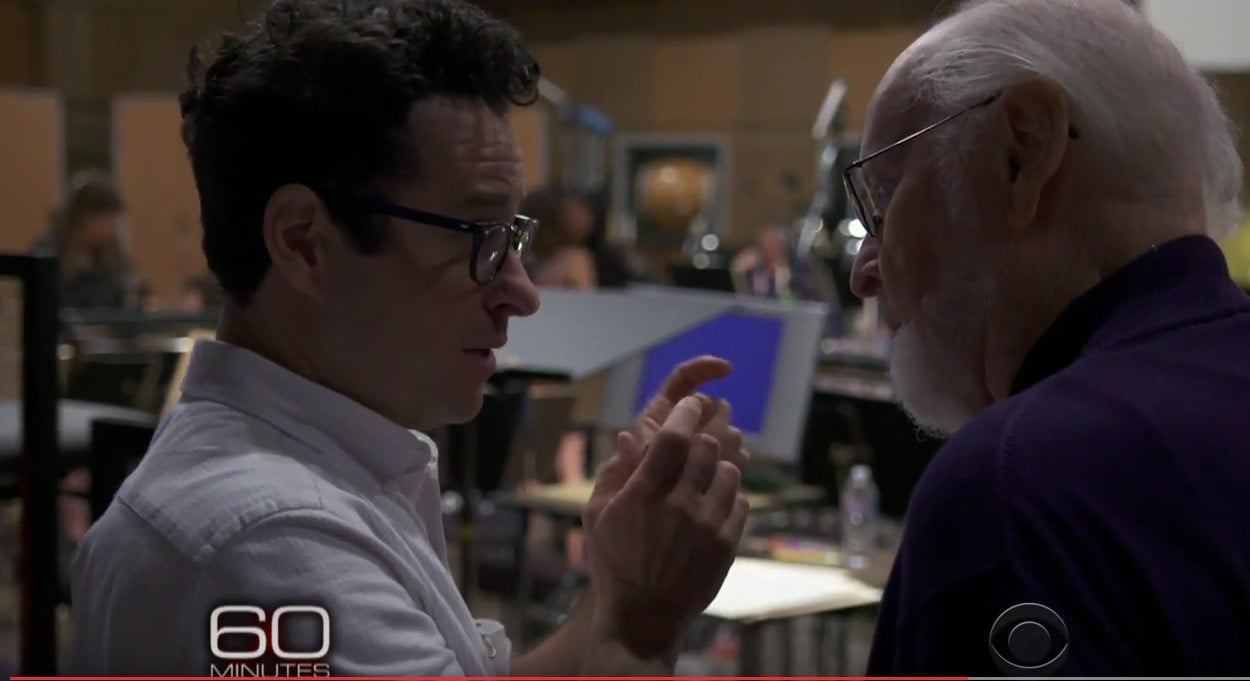 A new video by CBS 60 minutes gave us a special behind the scenes look at The Force Awakens. Watch J.J. Abrams attending a Star Wars scoring session conducted by the legendary John Williams.

The Force Awakens soundtrack will be released together with the movie on December 18th. Make sure to pre-order it: