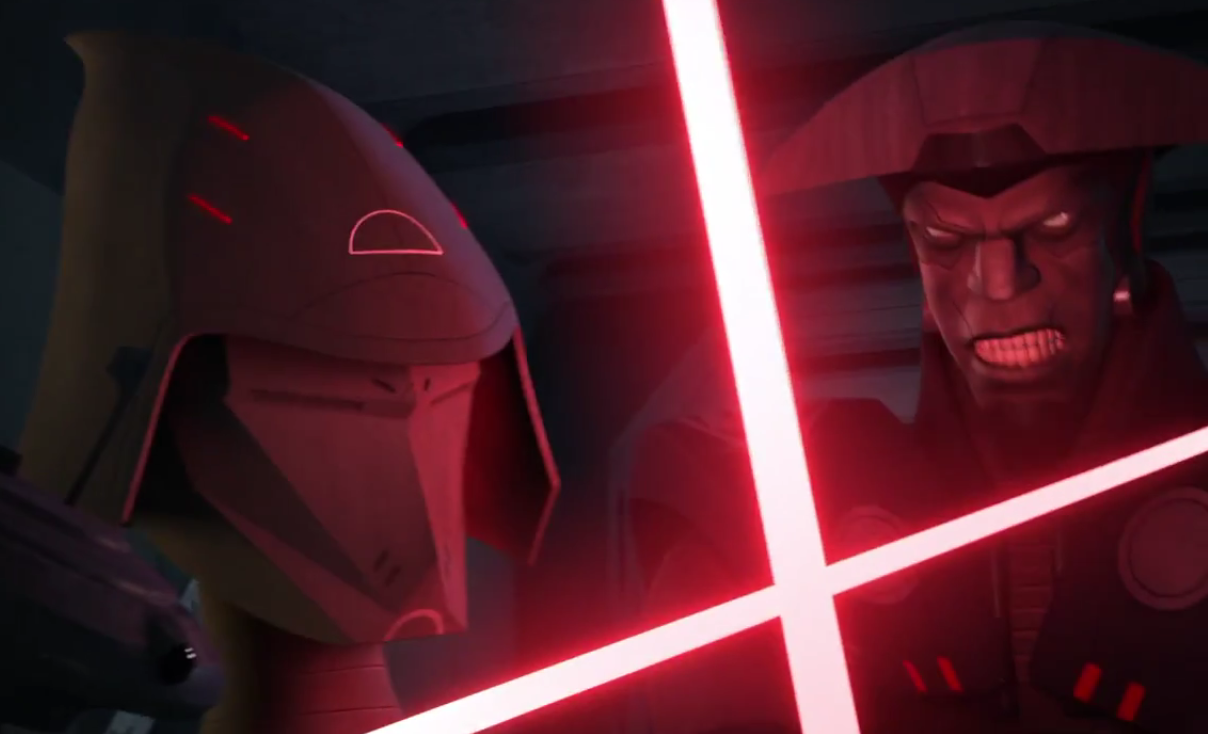 The third episode of SW Rebels season 2 continued to play the “set the table” game, introducing us to two brand new villains.  Though we’ve known about the Fifth Brother and Seventh Sister for some time, it was nice to finally be officially introduced on-screen.  We don’t learn much about the fresh baddies, yet we definitely are left with the feeling that answers are to come.  Read on for more and as always, beware of SPOILERS

Based on some data via the clone commanders’ intel on possible rebel bases, Hera learns of some much needed medical supplies stored on board an old Republic med-station.  She dispatches Zeb, Sabine and Chopper to retrieve the necessary aid.  Ezra also ends up on the mission, albeit not as part of the original plan.  The young street urchin turned Padawan feels caught between a rock and a hard place, as Kanan and Rex argue over the boy’s training priorities. 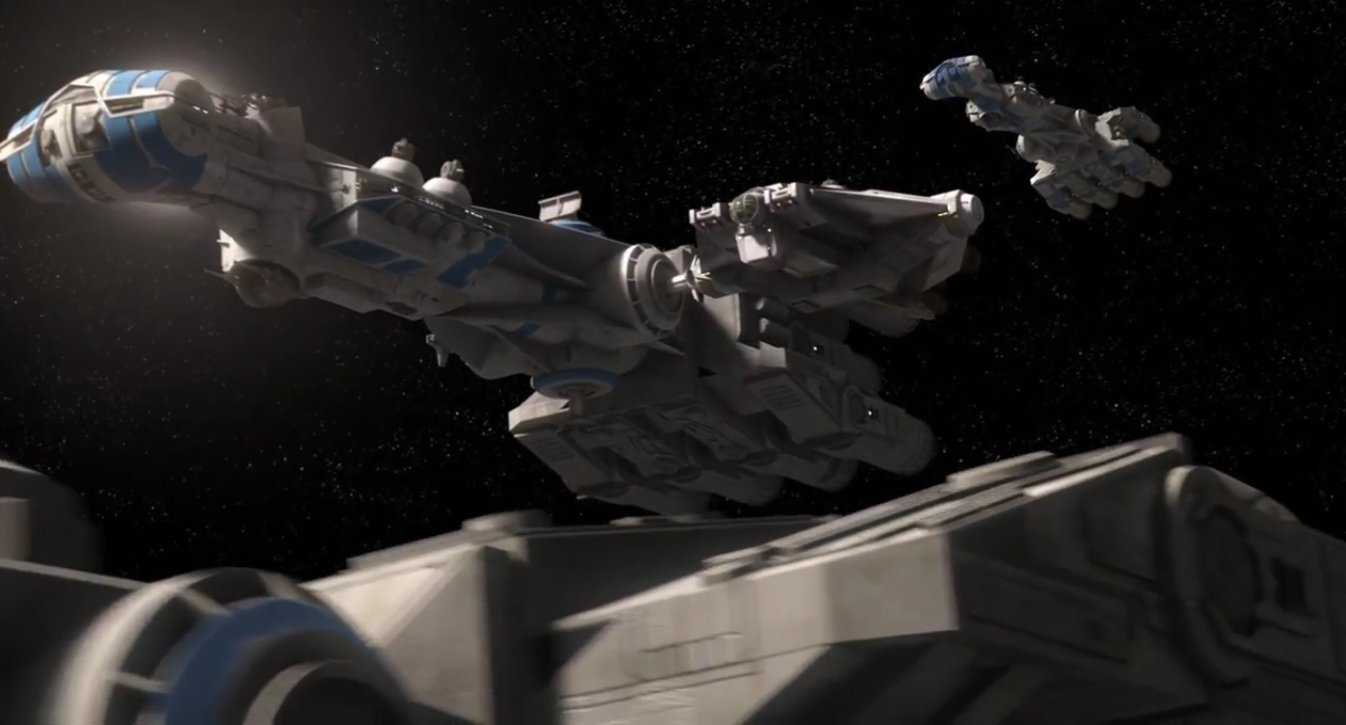 The primary focus of the episode is the adventure on board the Republic station, with a only a few brief scenes taking place on board the Ghost.  While it wasn’t my favorite episode and did more of setting up future threads than actually moving the story along, it was still a fun SW adventure. 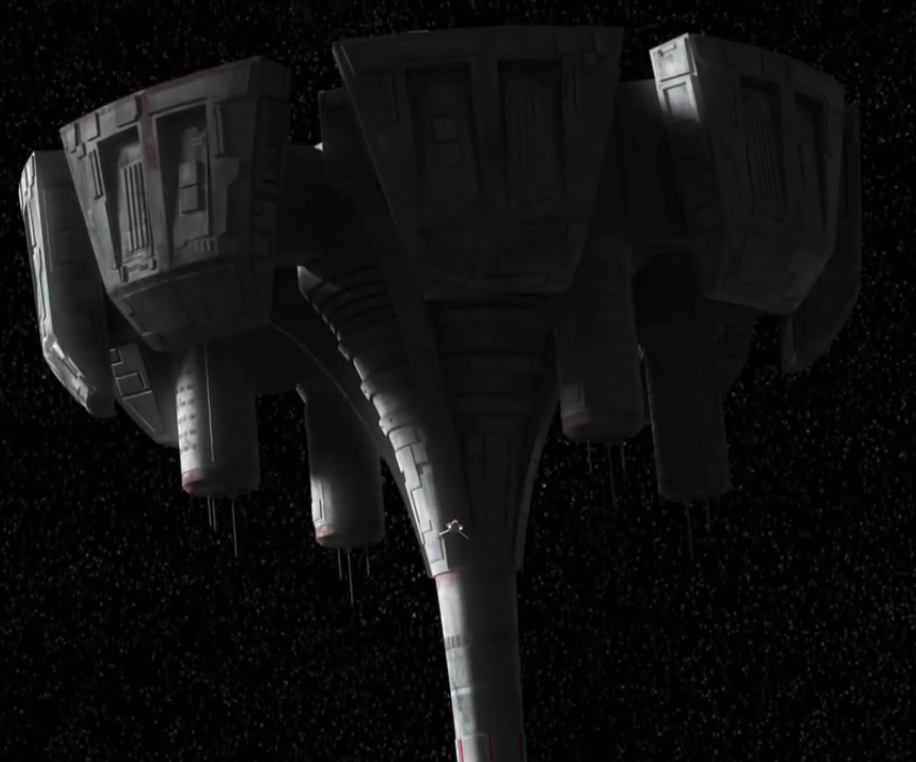 We meet two new inquisitors.  In addition to seeing them in action, we get our first real look into the background of the group.  Though the given bits are subtle and concise, they do increase the intrigue surrounding these Sith-esque special force assassins. 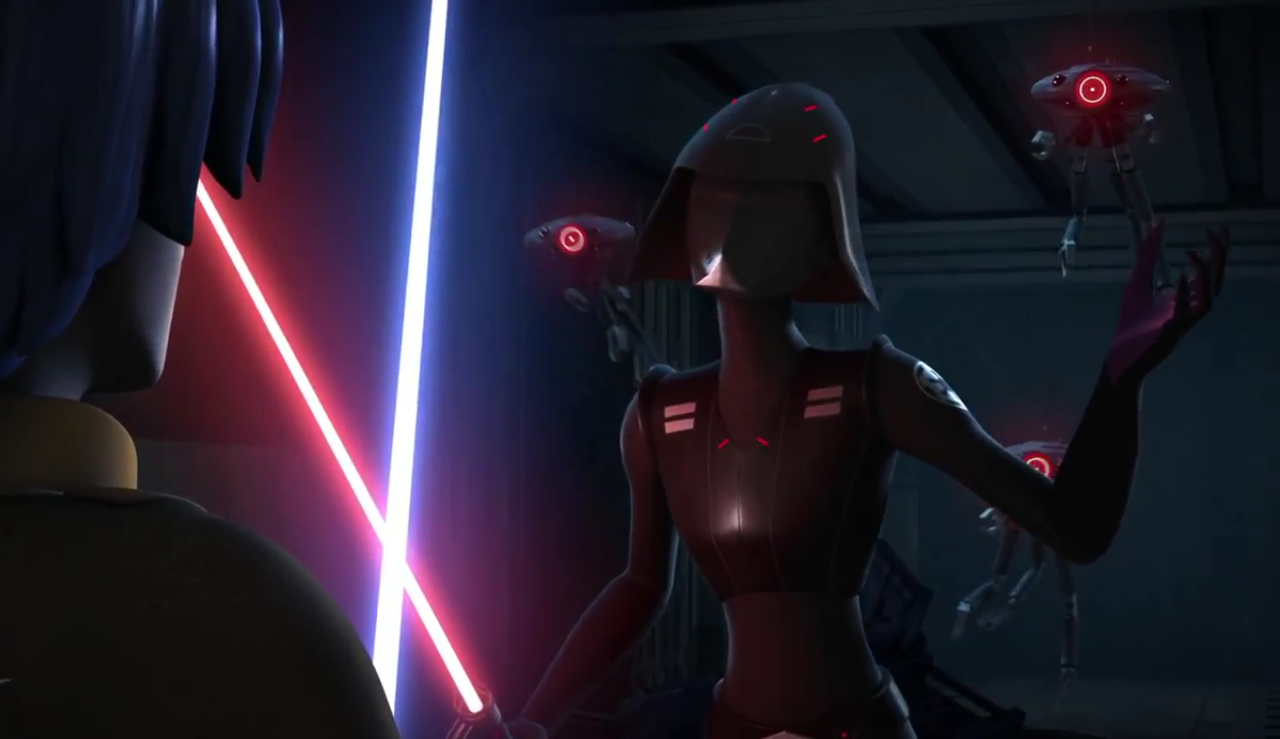 After a combination of slapstick kiddie moments and some brief, yet intense action, our heroes just manage to escape the base with the medical supplies.  The rest of the Ghost crew are happy to have the loot, yet the mood quickly shifts to somber as Kanan, Rex and Hera learn of the existence of not one, but at least two more Jedi-hunters. 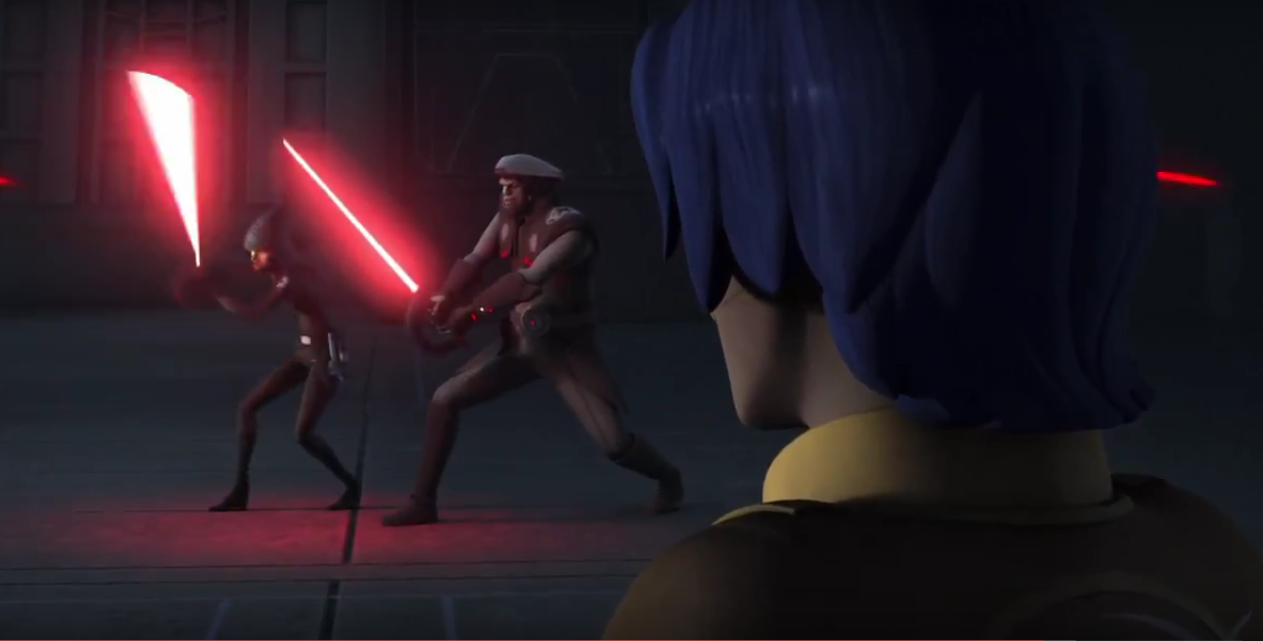 There were a few more nice nods to both the PT and OT, showing that this series is an effective bridge between the two trilogies.  Not only do we get more Rex, we also get more a Republic space station and some dejarik action. 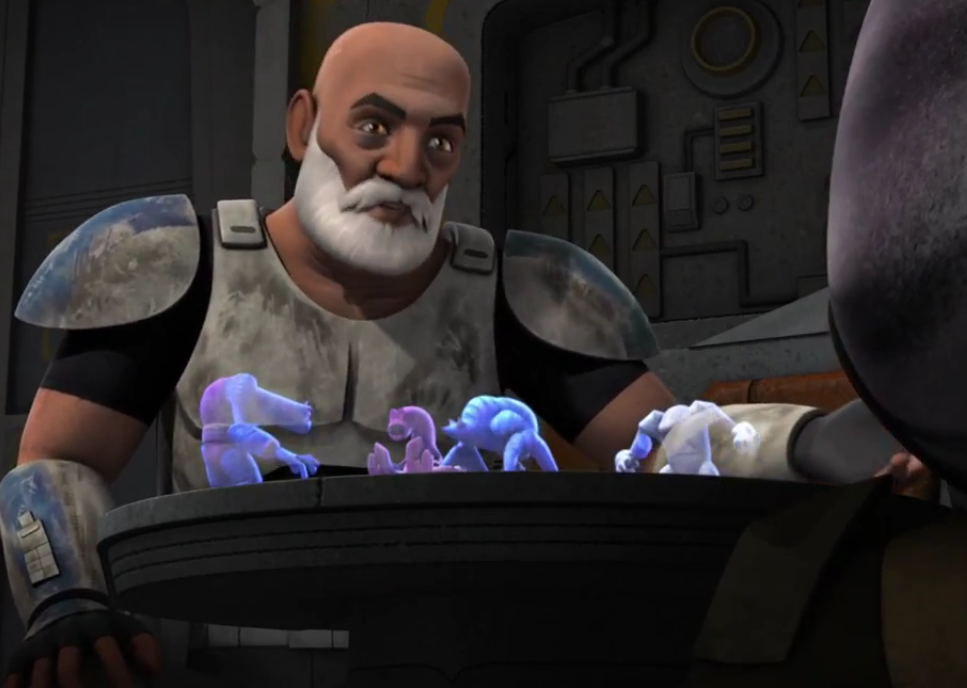 Inquisitorius Emerging from Shadows – Some have correctly commented that part of the reason for creating the Inquisitors was to sell toys, as well as introduce villains that could be formidable, yet defeatable.  This way Vader’s legitimacy as a menacing villain would not be lessened.  Still, from a purely story-telling standpoint, the Inquisitorius certainly provides a nice layer of intrigue to the mythology.  My guess is that they are tied to the “Children of the Force” storyline from TCW.  In fact, we’ve heard those same words uttered by Vader to the Grand Inquisitor at the start of the series. We learn that the now deceased original Inquisitor was the head of the group.  His untimely death has led to a power vacuum and competition among the darkside acolytes. 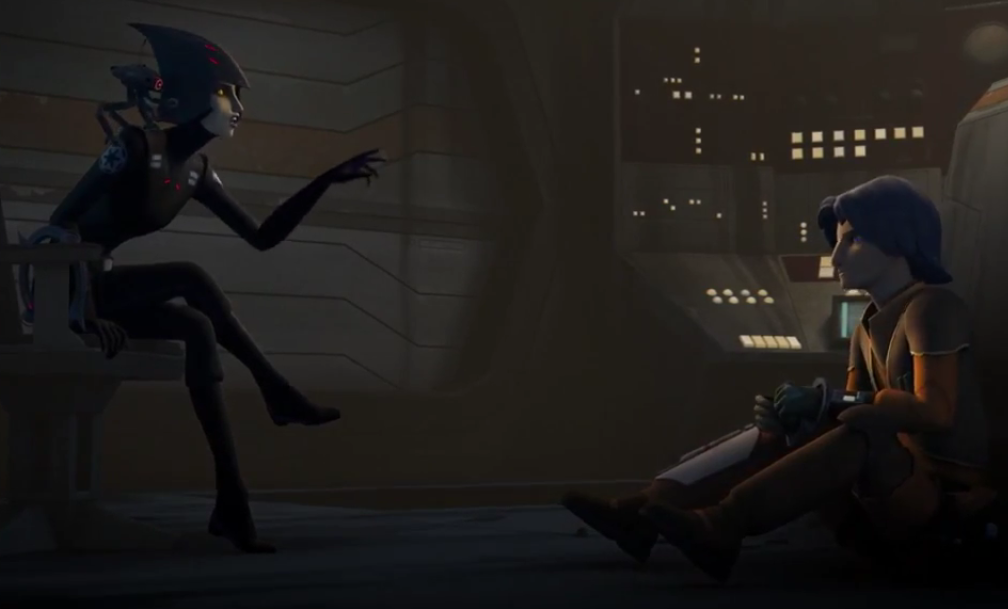 Life Beyond Lothal – We continue to get adventures off of the planet that seemed to anchor our crew in place during season one.  This time around, our rebels explore a Republic medical station.  Though it wasn’t an exotic locale, the episode seems to keep with the idea that the crew will be hopping around at the start of the season to different destinations, on the advice of the Clone’s intel disk.

More Looney Tune Moments – I’d like to preface this minor gripe by mentioning that I both love the show and understand that it’s a kids’ show.  That being said, this episode seemed just a touch too zany at times.  There was Chopper using magnetism to thwart Ezra’s Force training (which is the one that wasn’t too bad actually), Ezra pulling a prank on Zeb by pushing over a pile of crates onto him, Ezra then hitting his head on a metal bar and Zeb getting stuck in a maintenance duct entrance.  Two me, the kiddie stuff is easier to overlook in smaller doses, this one just went a touch heavy on it. 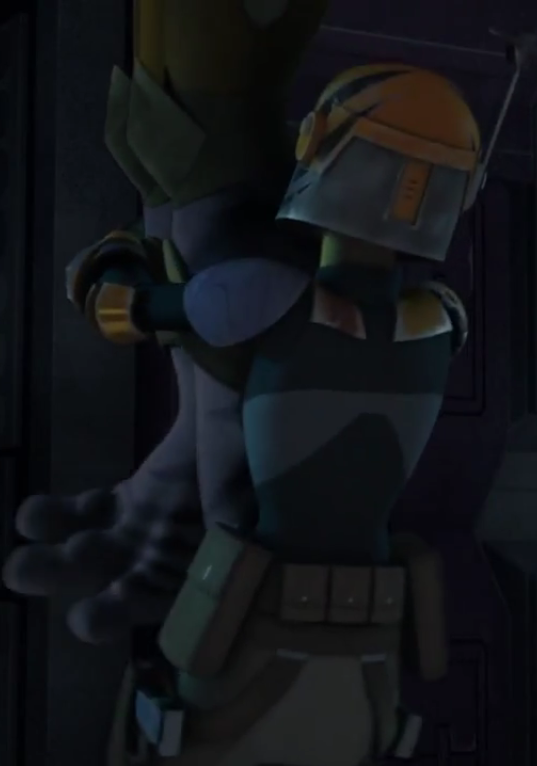 Lack of Menace – While it was nice to finally get to see the new Inquisitors and action, as well as a peek into the workings of the group, I couldn’t help but feel a little let down by a lack of impending danger.  When our rebel crew came across the Grand Inquisitor, there always seemed to be a true sense of foreboding, certain danger.  One felt that Kanan and Ezra were really vulnerable during these encounters.  Despite the haunted, abandoned atmosphere on the abandoned station, it was hard to have a feeling of imminent threat when it was surrounded by moments of slapstick comedy.  Certainly, the zany “hit your head” drew one out of any such feeling.  On top of that though, it just didn’t feel like the crew were in true danger at any particular moment.  It’s hard to put my finger on, just a thought. 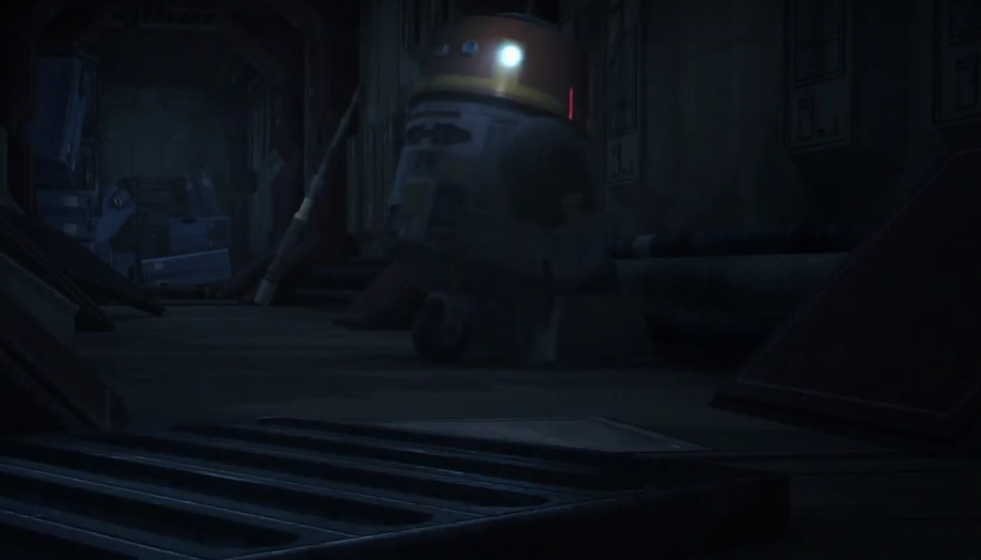 Much like many tv series do to start off a new season, SW Rebels is going for a bit of a slow-burn to start things off.  We’re getting a lot of setup and promise of later payoffs.  We know this year that we’re going to get a lot more character development concerning our rebel cell.  So far, we haven’t gotten much on that front.  The closest thing to it being Kanan’s mistrust of the clones, shining some light on the cowboy Jedi’s mindset post Jedi genocide.

Filoni mentioned on Rebels Recon that we would learn a bit more on the origins of the Inquisitorius as the season goes along.  We certainly got the feel of open competition among the organization.  It seems that not only will we see our heroes do battle with the Inquisitors, there’s a good chance we could see some fighting in house, as they seek to ascend to a potential spot as the Grand Inquisitor. 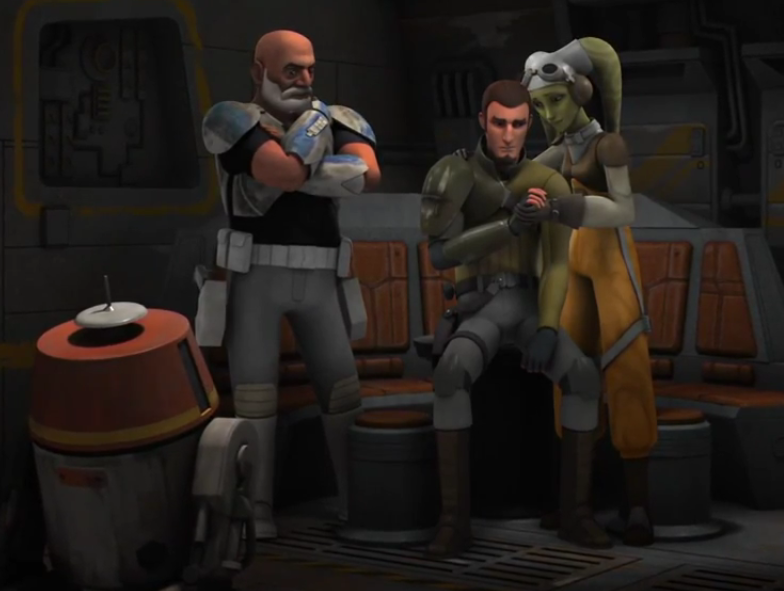 The Inquisitors had Ezra in their clutches, however in-fighting and a desire to use him as bait, contributed to the rebels’ escape.  We learned that Vader has apparently passed on the knowledge of Ahsoka’s survival to the Inquisitorius and that her capture seemingly trumps that of even Ezra.  Also, it’s clear that the Inquisitors are taking the steps mandated to them by Vader at the beginning of the series.  Their first priority is to turn Force-sensitives and are only to slay them after failing in this regard.  The Seventh Sister briefly attempted to twist Ezra’s mind before his eventual escape.

What did you think?  Has the season started off at a good pace or would you like to see things move a bit faster?  What did you make of the new villains?  Sound off in the comments below or at the Cantina.