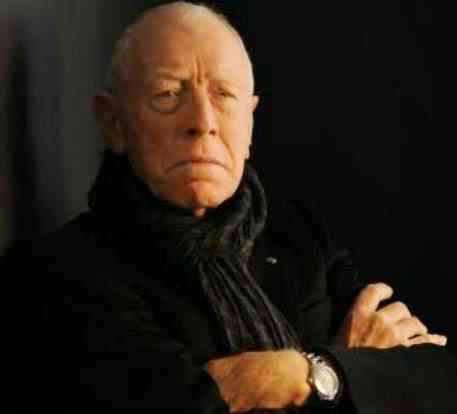 Ever since the April 29th casting announcement, fans have been speculating as to who Max Von Sydow will be playing in Episode VII. Our best clue is the original casting breakdown:
[MAN – 65-75] Tough and opinionated.
Based upon Von Sydow’s age we can presume this may be his role. But, obviously, that’s not much to go on. After the jump we’ll delve deeper into who this “opinionated” man may be.

Before I get into the specifics of the character I have to lay some groundwork for where this speculation is coming from. Star Wars, as we all know, is first and foremost founded in mythology. Joseph Campbell did a series of specials with Bill Moyers in which they discussed “The Power of Myth,” especially where it pertains to Star Wars.
Mythology and archetypal characters are the framework by which George Lucas built his universal view for his galaxy far, far away. This becomes most evident in Season Three of The Clone Wars animated series, specifically the epic “Mortis Arc,” Episodes 3.15, 3.16, & 3.17.
*** Spoiler Alert ***
If you haven’t seen TCW and intend to, you may NOT want to read on.
*** Spoiler Alert ***
Dave Filoni and company produced bonus features for just about every episode of The Clone Wars, except, strangely enough, for the Mortis Arc. Dave did a brief video explaining that the arc was highly symbollic and mythological and mysterious, but gave no deeper explanation. Part of mythology is psychological, which means the viewer is responsible for interpreting the material. However, for the purposes of this article I will cover some of the basics, which are pretty self-explanatory.
Anakin, Ahsoka, and Obi-wan are taken to this strange and mysterious diamond world of Mortis when they actually should have been rendez-vousing with their fleet. Mortis is  Latin for “death” or “of death.” Therefore we are immediately told that this arc takes place outside the carnate universe. While on Mortis the trio encounters a trinity of beings, “The Ones” who are impervious to lightsabers and the Force because they are the Force, or, more precisely, the aspects of the universe that have been broken into dichotomy from the One:
1- The Father who represents the One
2- The Daughter who represents the Light Side
3- The Son who represents the Dark Side
This concept can be seen in this familiar symbol:
As further proof, recall what Obi-wan taught Luke about the Force:
“The Force is what gives a Jedi his power. It’s an energy field created by all living things. It surrounds us and penetrates us. It binds the galaxy together.”
While in Mortis, Anakin is given a test. Tests are a common part of life as everyone can attest. In mythology they are often used as themes. For example in the Roman myth of Hercules he had 7 labors which were a form of test. In the movie Pan’s Labyrinth, Ofelia must pass three tests in order to rescue her baby brother. And in Star Wars, Padawans must pass trials, or tests, before they officially become Jedi Knights. Anakin fails his test by choosing to side with the Son, the Dark Side, and is shown glimpses of his tragic future, which the Father erases with a simple touch. As all Star Wars fans know by now Anakin falls to the Dark Side and becomes Darth Vader.
Fast forward approximately 15 years after Revenge of the Sith and we come to the new show Rebels. In Rebels fans will be introduced to a new character called the Inquisitor. Astute observers will notice that the Inquistor uncannily resembles the Son of Mortis. This is not an accident or a mere cooincidence as we were forewarned that Anakin would align himself with the Dark Side and now in Rebels we will see Anakin, as Darth Vader, working with the Son of Mortis incarnate in the Inquisitor as they work together to hunt down and kill the last of the Jedi.
Now here we have to briefly look at the “Rule of Two.” It’s a Sith concept for propogation as explained to us by Yoda and Mace in The Phantom Menace. But, as we have seen throughout the Prequel Trilogy, is more of a guideline than a rule as Palpatine had Maul but was courting Dooku (according to the “Darth Plagueis” novel which may not be canon.) Dooku was training Ventress while apprentice to Sidious and Palpatine was courting Anakin while he had Dooku, who had Ventress. You get the idea. These guys are sinister so they don’t act honorably and are given to back-stabbing as Sidious had Anakin kill Dooku, making room for a new apprentice. They’re kinda like monkeys in that they won’t let go of one vine until they’ve secured another.

So anyway, this Inquisitor is trained in lightsaber combat as he wields a cool version of a double-blader. This is important as he may NOT be a Sith in the truest sense, but he is definitely in training (like Ventress was to Dooku), while Darth Vader is officially Sidious’ apprentice.
IF there are Sith, or Darkside Force users, as Latino Review reported last year, they will be guided by Darth Sidious as a Sith Spectre. Even going so far as to say that Sidious had a “secret apprentice” before his death. Well, it is said that history repeats, so this rumor does make sense as Palpatine attempted to convert Luke to the Dark Side and destroy his own father while doing so, just as he convinced Anakin to destroy Dooku.
There was a rumor floating around the net last year that a character from Rebels will be in Episode VII. Perhaps that character is the Inquisitor? Could it be that this “secret apprentice” is the Inquisitor character? Keep in mind that the Inquisitor is the only character whose voice actor hasn’t been revealed, which is curious, wouldn’t you say? More on this in a minute . . .
Then we stumbled upon this article from moviecricket.com, which is very exciting and really supports this theory. Here are some of the more telling snippets they gleaned from John Morton, who you may remember as “Dak Ralter” from The Empire Strikes Back:

“John Morton informed us that the characters, story lines and direction of Star Wars Rebels is not only key to the success of Star Wars: Episode VII, but will directly influence and shape it.

‘Rebels is the key. Rebels will provide the link to bring in the continuity from Clone Wars, the Original Trilogy and the Prequels to enable LucasFilm and Disney to tee-up ‘Episode VII’. If you want my informed opinion, it will enable ‘Episode VII’ to leapfrog over the whole trilogy.'”

As I interpret that statement, the Inquisitor (led by Sith Spectre Darth Sidious) could be the thread that ties the whole canon together! Let me explain how, if it hasn’t become apparent to you already: Anakin CHOSE to join the Dark Side of the Force during the Prequel Trilogy era, specifically during The Clone Wars, which is canon. Then, when Anakin fell to the Dark Side to become Darth Vader he teams up with the Inquisitor who is Son of Mortis, the Dark Side, or EVIL incarnate. As I’ve said, they work together to destroy the remaining Jedi, which leads into the Original Trilogy era. Well, IF my theory is correct, there has to be some exposition as to where this guy was hiding during the OT. From the same moviecricket article:

“The key that is going to make this work is Rebels. Rebels will set up and point the direction for ‘Episode VII’ […] “The characters they are creating in Rebels will be around in ‘Episode VII’.”

So, it is distinctly possible that the Inquisitor will be around and with this bit of inside info we can discern that Darth Plagueis, as some have speculated, is eliminated from contention because he is only briefly mentioned during Revenge of the Sith and, since he’s dead, doesn’t seem likely to appear in Rebels.

All this begs the question — Who is Max Von Sydow playing? Could it be the Inquistor? IF we were casting the Inquisitor, who would likely have aged roughly 50 years after Rebels, then Sydow would be an excellent candidate. Not to mention that Sydow is no stranger to villainous roles such as “Ming the Merciless,” or “Leland Gaunt” from Needful Things. And he has also been in many movies with mythological elements such as The Seventh Seal, The Exorcist, Flash Gordon, and Judge Dredd so he knows genre films. Hell, he even looks like the Inquisitor without the Pau’an makeup.
Then there’s AICN, which posted some juicy info, claiming that Von Sydow is playing THE big baddie and that the rumored title THE ANCIENT FEAR refers directly to his character. Could it be that the ancient fear IS the evil, malignant Dark Side of the Force incarnate???
He also stated that “it refers to Max Von Sydow’s villain who makes Pazuzu (the demon in The Exorcist, starring Max Von Sydow) look like a pussy!”
Lastly, about the voice for the Inquisitor — recall the table read last week. Notice something? 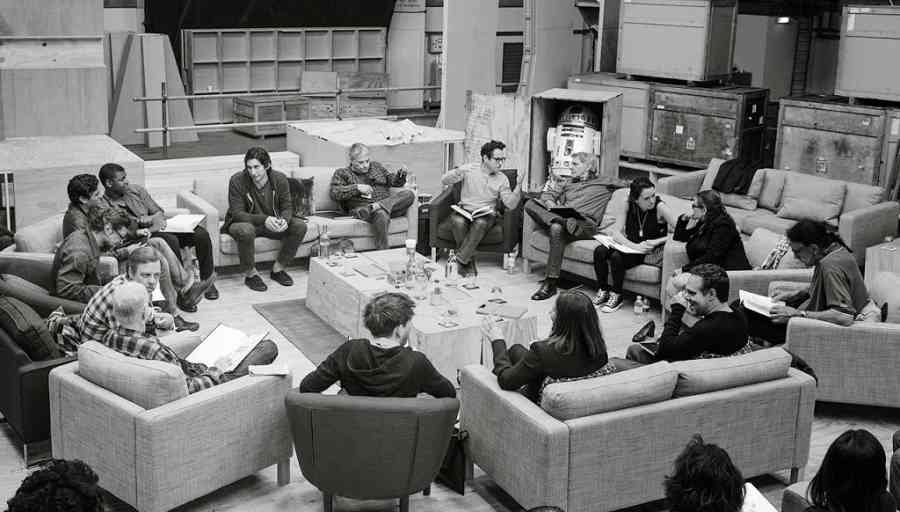 Max Von Sydow wasn’t there. Where was he? Could he be in the US already recording voice-work for the Rebels TV show? Disney/LFL hasn’t revealed who will be portraying the Inquisitor yet and we haven’t heard his voice much either. Perhaps the voice we do hear is just a placeholder for Sydow and that the big bad for Episode VII will be revealed once the show hits in the Fall, as it will surely be disclosed then that Sydow is the voice if this theory holds true.
Easily the only actor announced thus far that has the acting chops or the gravitas — of the Alec Guinness, Peter Cushing, Christopher Lee ilk — is Max Von Sydow. And I may be wrong about who Von Sydow is playing, but one thing is certain, he was NOT brought in just to play some opinionated old geezer. 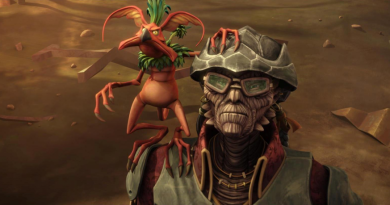 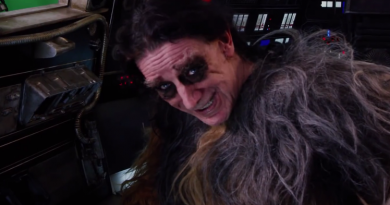 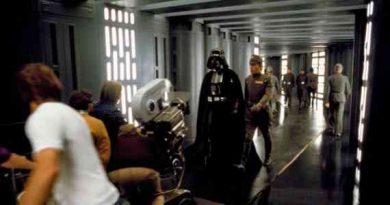 171 thoughts on “SPECULATION: What is Max Von Sydow’s Role In Star Wars Episode 7? Could He Also Be Involved With Rebels?”