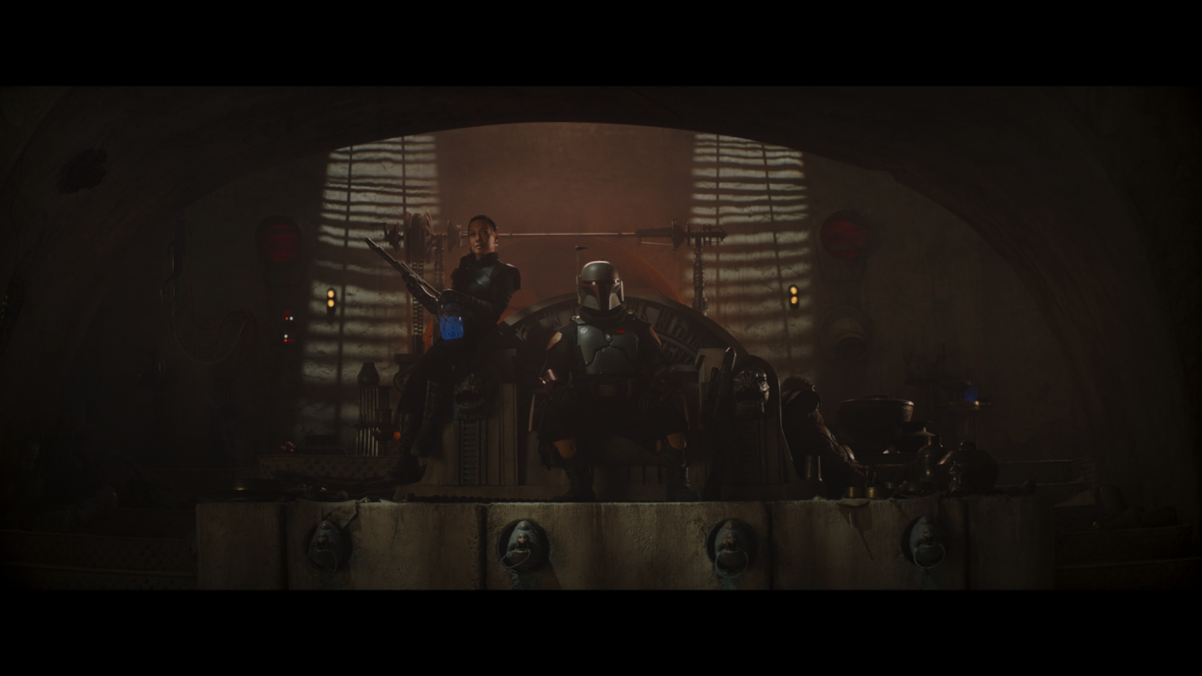 Earlier this week, Rotten Tomatoes published an interview with Temuera Morrison where they managed to get some juicy stuff about The Book of Boba Fett. The actor teased that we’ll be seeing more of the Boba Fett from the time period in between The Empire Strikes Back and The Mandalorian, but that was not all.

A few lines below that in the transcript, the actor confirmed that Robert Rodriguez was brought back to direct a few episodes of The Book of Boba Fett. Rodriguez directed Chapter 16: The Tragedy of the Mandalorian, which saw the return of Boba Fett to the Star Wars franchise. He also teased that there are some other wonderful directors too.

“They brought Robert back in to direct a few more. There’s some wonderful directors involved. It’s hard work now, what we do now, a whole new system, with COVID in place, health and safety regulations.”

Robert Rodriguez is an executive producer on the spin-off series, along with Jon Favreau and Dave Filoni. While his involvement in directing duties was very much expected, this is the first official confirmation we’ve gotten. It also seems like they might be bringing in new directors for the job, although who they are is anybody’s guess at this point. Given Morrison’s comments, it seems unlikely that either Dave Filoni or Jon Favreau helmed any of the episodes of the series, although it is always possible.

Another hint given by his comment is the fact that we could be getting a significant amount of episodes in this series. For the longest time, it was assumed that this would be a four-episode one-and-done type of show, but since they were shooting for five months, there’s plenty of room for more than four episodes. And Temuera Morrison could have just confirmed this. IMDb is currently saying that The Book of Boba Fett will have seven episodes, but we should keep in mind that this is a very unreliable source for content not yet released.

The Book of Boba Fett is currently in post-production, and from all accounts, will meet its planned December 2021 release date.

What Show are you currently watching?
By: GRIMLOCKE
3 hours 59 minutes 34 seconds ago
Force ghosts in the new canon
Force ghost are capable of doing almost anything now, as we've seen in TLJ. I believe though that force users or...
By: Luke556
5 hours 5 minutes 38 seconds ago
The Redemption of Ben Solo: Does it Work?
His redemption story was pretty odd. He basically looses a fight with Rey and then she heals him for some...
By: Luke556
5 hours 31 minutes 51 seconds ago
Is there a canon rift?
I would prefer more ST references even though I dislike the sequel trilogy. I like the worldbuilding aspect. If they went...
By: Luke556
5 hours 44 minutes 44 seconds ago
How do we know Palpatine is really dead?
I wouldn't put it past them to revive him once again for another trilogy in the far future. Hollywood favors...
By: Luke556
5 hours 56 minutes 31 seconds ago
Dune (Denis Villeneuve)
Well, that, at least, is 100% correct, sir ;)
By: Angelman
5 hours 59 minutes 1 seconds ago
Dune (Denis Villeneuve)
it, but someone could decide the film is so good they greenlight part two a week before the film...
By: Porco Azzurro
6 hours 39 seconds ago
Midichlorians worse than anything in the ST
I agree, the force doesn't need a biological explanation. Sometimes I wonder if this was pushed further by liberals involved...
By: Luke556
6 hours 9 minutes 21 seconds ago
I've spent over 100 hours making this... hope you enjoy.
Is that your channel also or did they post it on behalf of you? Cause that's a pretty impressive audience.
By: Luke556
6 hours 29 minutes 54 seconds ago
What Show are you currently watching?
By: Angelman
7 hours 16 minutes 17 seconds ago
Last Movie You Watched
By: MandoChip
8 hours 54 minutes 44 seconds ago
Dune (Denis Villeneuve)
Unfortunately, we know with 100% certainty that it will not end with such a upbeat message. Legendary & WarnerBros have...
By: Angelman
11 hours 18 minutes 54 seconds ago
Dune (Denis Villeneuve)
I’m hoping it ends with a simple piece of text on the screen “To be continued in Dune: Part Two...
By: Porco Azzurro
11 hours 40 minutes 27 seconds ago
Your thoughts on Attack Of The Clones
Meant to say I-VI !!
By: ManaraiJedi
13 hours 48 minutes 23 seconds ago
The Newest Slate of High Republic Novels Have Been Announced at San Diego Comic Con.
to check out and comment on this topic on our main site
By: SWNN Probe
14 hours 57 minutes 30 seconds ago