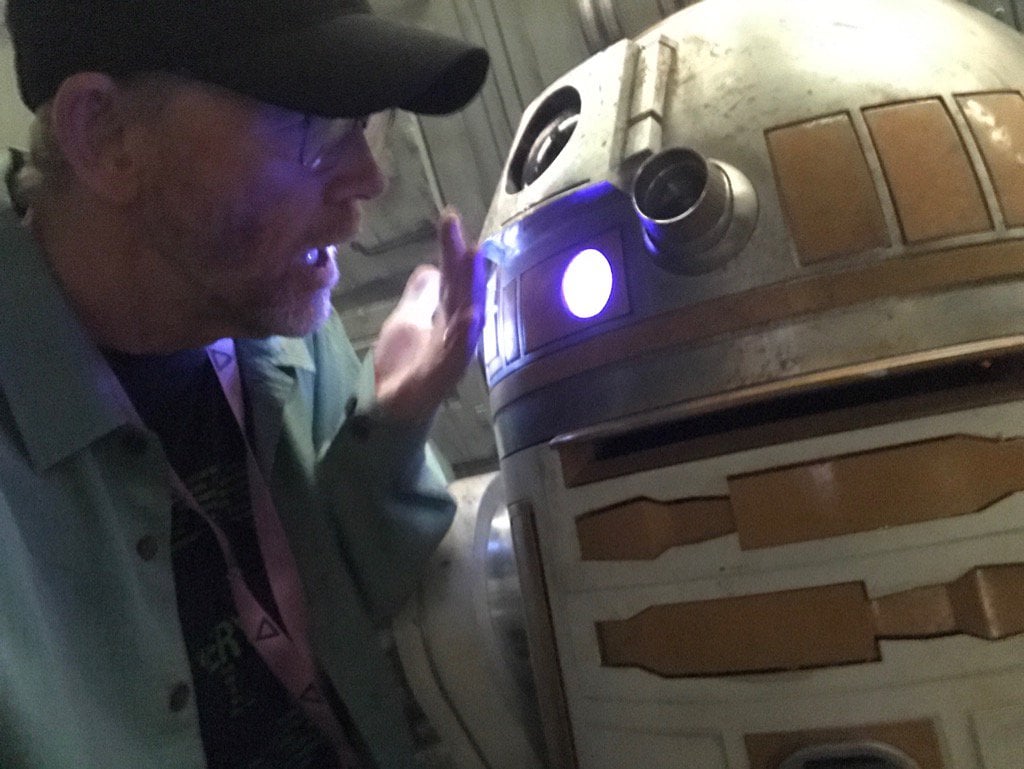 After about a month on set of the Han Solo movie, the film’s new director (after the firing of Lord and Miller), Ron Howard, made some comments to Heat Vision on Tuesday to help ease fan-angst over the complication-riddled production. According to Howard, the film is coming along great. The director also shared two new photos from the set and made an interesting hint on Twitter.

(via The Hollywood Reporter):

The Oscar-winning director told Heat Vision on Tuesday the space adventure project is “coming along great.”

“It’s a fantastic script, a great cast and I am having a fantastic creative experience with it,” he said.

Howard, who noted he is still relatively new to the production, said the film “came with great characters, a great script and actors who inhabit those characters.”

The director continued, “It’s a great young cast, incredibly strong — smart, funny people who love their characters and love being part of this. I think we’ll be able to do something that is a lot of fun.”

Of course, it’s not like Howard is going to come out and say things like “Oh man, what the heck have I gotten myself into?!” or “This film is a nightmare!”, but it is always encouraging nonetheless when the people involved in a production give such positive feedback.

If he had just stopped at “it’s coming along great”, there might still be some warranted concern over the overall state of this film’s production, but the fact that he was explicit in calling out the “fantastic script” and “great cast” (things we have heard many times before) makes me feel a little more relaxed about the problems that have plagued this movie so far.

It is also noteworthy how Howard mentions having a “fantastic creative experience”, which is the complete opposite feeling experienced by the film’s former directors, who reportedly left the project over creative differences. 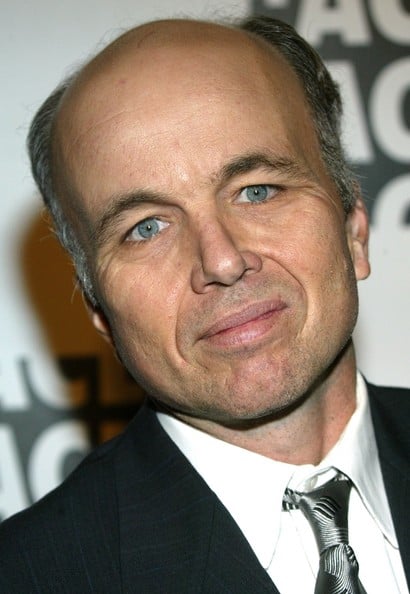 Many fans have also wondered if Howard would be creating a role for his brother Clint, as the latter has often appeared in many other films directed by his brother. In a recent tweet, Howard seemed to confirm the same would be true for the Han Solo movie as well.

You won’t be disappointed

This revelation came after Howard shared yet another photo from the ‘Han Solo’ set:

Droids help make the Galaxy go round but I find they don’t always listen to the director!#UntitledHanSoloMovie pic.twitter.com/XSgvK4y4Dd

And just a few minutes ago, the director revealed a new image showcasing a new orange R2 unit from the movie, continuing the topic about droids.

These droids can be so damn intractable. But we’ll go until we get it right! #UntitledHanSoloMovie pic.twitter.com/tDR6EOW8pn