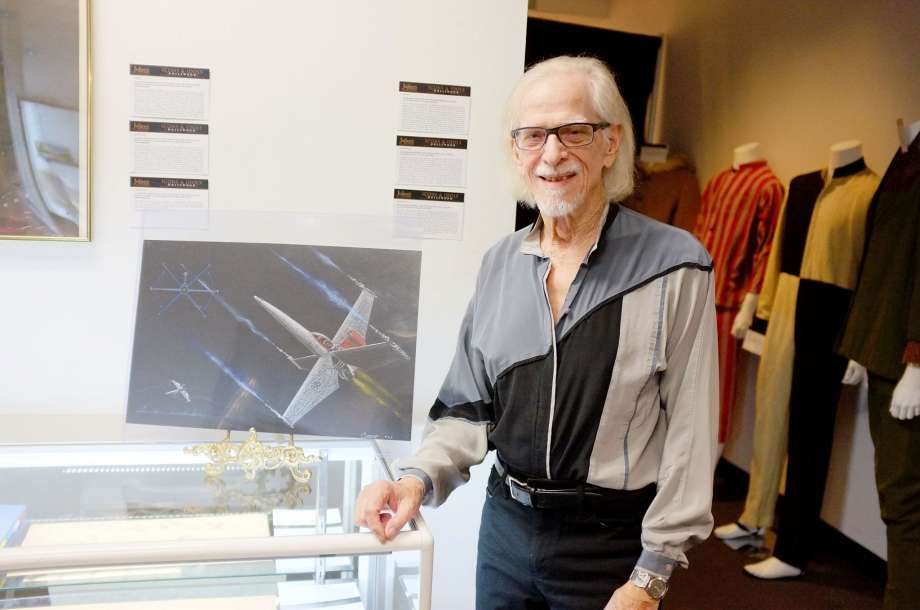 The Star Wars universe has been constructed on the talents of many great artists. Whether you initially fell in love with the story, the music, the creatures, or any one of the many other gateways into Star Wars obsession, it is likely that this comprehensive concentration on artistic excellence across the board had something to do with it.

We frequently see emphasis placed on the Lucas originality, the Williams genius, or the McQuarrie vision. But there were many who contributed to the establishment of the Star Wars universe in its infancy. Among some of the most critical, but often overlooked was Colin Cantwell.

Cantwell, who built his name in the industry working with legends like Kubrick and Spielberg, was an ILM model builder during the production of Star Wars in the late 1970’s. He is responsible for realizing the initial creation of many of Star Wars most iconic creations such as the Death Star, the X-Wing, and the Tie Fighter. He took McQuarrie’s art and brought it into the real world, and he was kind enough to answer a few questions for SWNN.

SWNN: You worked with Stanley Kubrick on 2001. How did that come about and what sort of work did you do on that picture?

Colin Cantwell: Stanley imported me to rescue 2001’s lagard “Dawn of Man” and “Space Climax” sections.
We quickly established a 24-7 working relationship, both on the lot and at Stanley’s midnight London studio. Progress was rapid, and on-screen dailies excellent.

As the months flew by, excellent footage was the norm, and final deadlines loomed. That is until that midnight Stanley told me he’d had to fire his fourth composer because the film’s score was unusable.
“I’ve been considering a bold alternative,” I told him; “a one-minute triple-eclipse opening scene set to “Also Spract Zarathustra”, which would also recur for 2001’s “StarBaby” conclusion.

He was even more shocked when I’d played footage of my new opening and closing themes, and additional compositions ready for all the remaining scenes. Two days later he’d OKed them all. 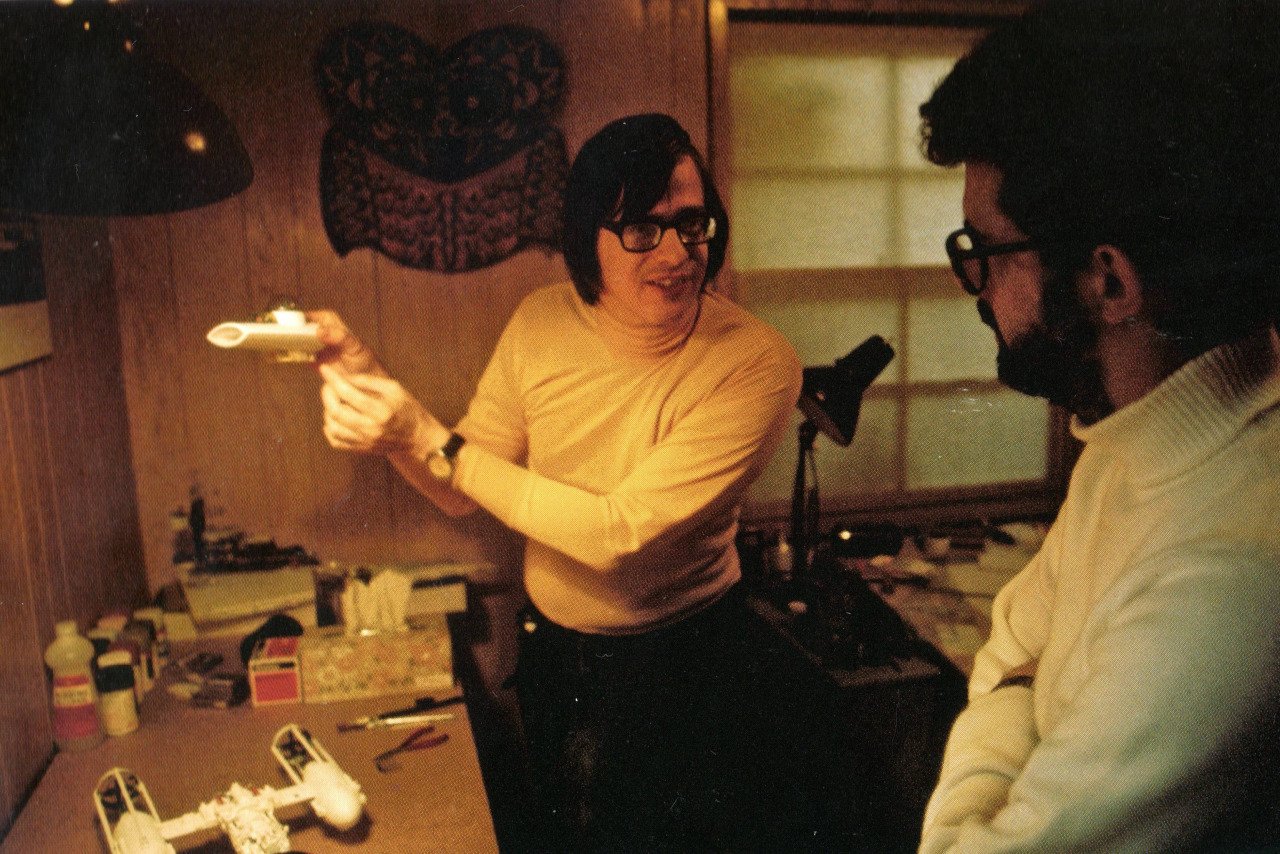 SWNN: 2001 was in many ways a visual precursor to Star Wars. George Lucas himself has called it the “ultimate sci-fi movie” and it has often been cited as a reference for many aspects of Star Wars. Did your work on 2001 influence the look you helped create for Star Wars at all?

Colin Cantwell: Not directly.
It had already led me to create, test, and advance my own key techniques for a this
series of feature films.

SWNN: You were brought on to Star Wars very early. What was the approach like in the early stages before the movie started filming? Were you free to create based on the possibilities your imagination could come up with or did George Lucas have a lot of parameters for you to work within?

Colin Cantwell: After finishing American Grafiti, George arranged to visit my shop and examine the first and second miniature ships that I had created on my own to develop the kit-bashing technology.
Peering through his magnifying view finder, he kept finding the potential for shot after shot as if the ships were in a movie. After examining the miniatures and determining that he wanted me to be a part of the film, “Don’t tell anyone about this,” were his parting words.

I had initial discussions in which George described the storyline. At that point, I used my imagination to create the ships and their appropriate scenes for this new kind of film. We collaborated on the concepts. and there was very little guidance from George.

SWNN: During shooting of ANH, what was the “Feeling” on the set amongst the crew while shooting a movie with such groundbreaking “technology” at the time? Did you think at the time that ANH would turn out to be something so huge?

Colin Cantwell: It was created, from first to last, to be unique. But who could have foretold it’s actual success? And it’s eventual progeny? 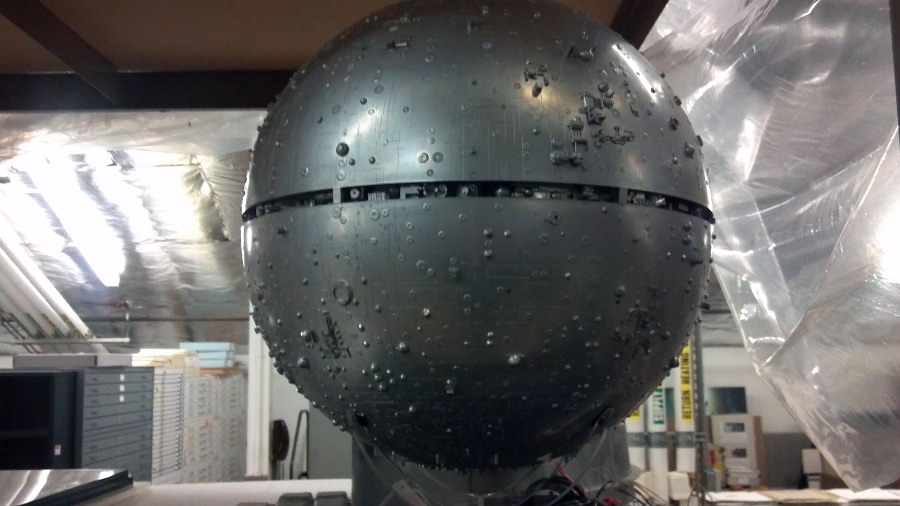 SWNN: You were responsible for building the original Death Star model. Did any of your design choices early on in the production have any impact on how things played out on screen?

Colin Cantwell: Yes, time and again.
The creation of the trench at the equator, was pivotal to the development of the storyline.,

SWNN: The models used in Star Wars are known for their high level of detail. Entire segments of fandom have been built on knowing the functions of every nozzle and every button on every ship. How did you approach building these early models and how did you contribute to that sense of realism where every detail has meaning?

Colin Cantwell: In Star Wars each ship was created for its unique role in the massive and complex adventure . . . even into future films. Each ship had specific characteristics and details to make them come alive on the screen. 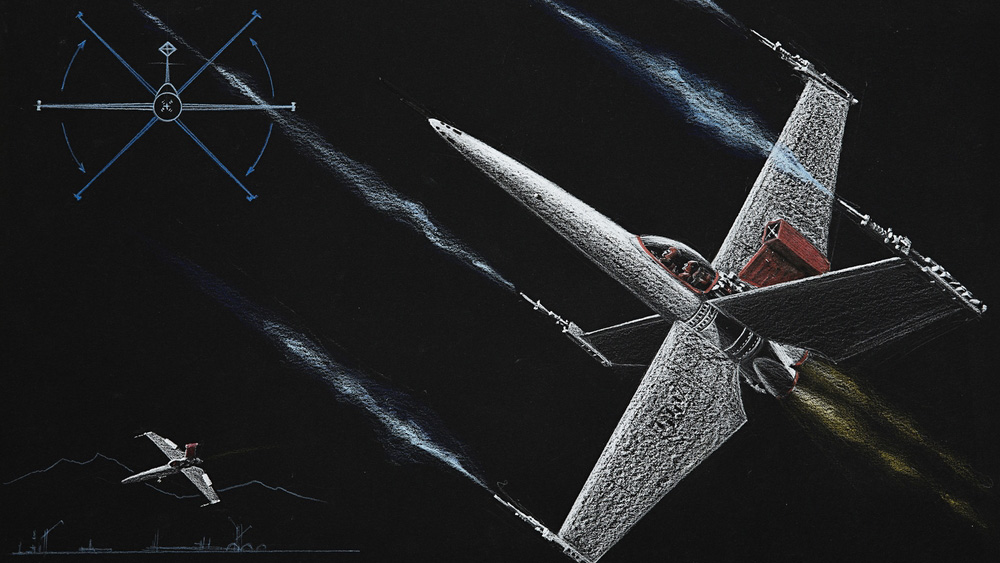 SWNN: Which of your Star Wars designs are you most proud of?

Colin Cantwell: I’m most proud of them all, each individually, fervently playing it’s own part in becoming “Star Wars”
It’s still alive and well, thanks to it’s world wide fan support.

SWNN: How did working on the world building of the Star Wars universe compare to some of your other big productions at the time? Did the process of creating Star Wars really feel as revolutionary in its scale and scope as it gets credited for?

Colin Cantwell: My other projects such as sitting behind Walter Cronkite and giving him the information that he broadcast on live TV during the first Moon landing and also working closely with Stanley Kubrick on “2001, A Space Odyssey” were equally, if not more revolutionary than Star Wars. But, that being said… Star Wars is still alive with releases yet to come.

SWNN: Have you seen either of the two new Star Wars films (The Force Awakens and Rogue One) ? If so, did you enjoy the new films?

Colin Cantwell: Yes, I saw them and I was very pleased with the quality. 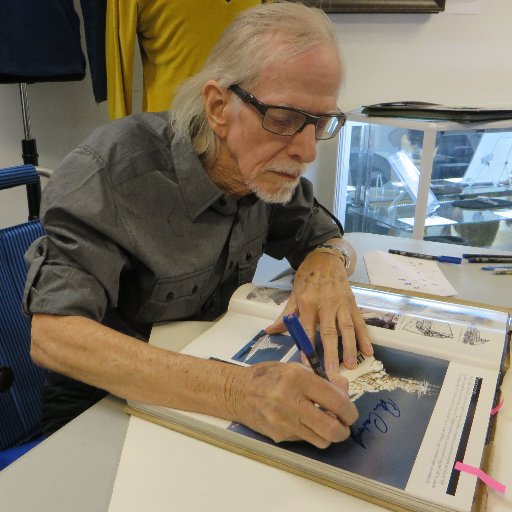 SWNN: With the evolution of the Star Wars Saga over the years, we’ve seen the aesthetic of Star Wars ships and technology radically change, but for these most recent films it seems to have gone back to the designs you originally worked on. Have any of the more recent developments in the design of the films stood out or impressed you?

Colin Cantwell: Both have impressed me and I’m Looking forward to the next one.

SWNN: You worked on a number of iconic films during your career but 1983’s War Games was your last credit. Why did you choose to leave the business?

Colin Cantwell: After War Games I focused on writing my book CoreFires.

SWNN: What are you up to now? Any projects you are working on or recently completed?

Colin Cantwell: Again, Part 1 of my book CoreFires was finally published last year and at this point I am attending ComicCons and other events to promote my book. CoreFires Part 2 will be out sometime next year.

For more of his iconic work head over to Cantwell’s official site where you can check out his complete work history and buy his book as well as prints of his art. http://colincantwell.com/