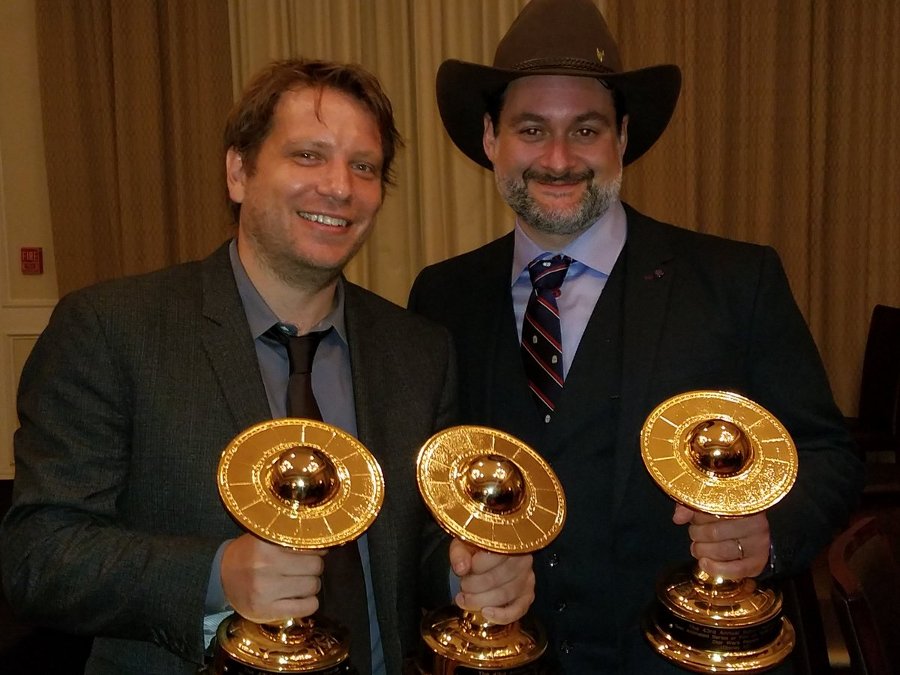 Image by Henry Gilroy (via JediNews)

The past two weeks have been an interesting time to be a Star Wars fan. With all of the drama surrounding the departure of Lord and Miller from the untitled Han Solo film it can be hard to find a positive in all the negativity surrounding that project, until now.

Each year the Academy of Science Fiction, Fantasy, and Horror Films has their Saturn Awards, which celebrates the past year’s best movies and TV shows that fall into the sci-fi, fantasy, and horror genre and of course, Rogue One and Star Wars: Rebels were big winners last night. Rogue One was nominated for 11 categories and came away with three highly prestigious awards:Best Science Fiction Release, Best Film Direction by Gareth Edwards, and as many would expect, Best Film Visual/Special Effects. After all the talk of reshoots that surrounded the film up until its release, its cool to see the people behind it getting some recognition for a great film. Kudos to Gareth and the entire team behind the Rogue One, and I would have given an award based solely on the Vader hallway scene. Movie magic at it’s scariest!

Finally Dave Filoni and  everyone behind Rebels received an award for Best Animated Series or Film on Television, beating out established players like Family Guy and The Simpsons as well as new ones like The Little Prince and Trollhunters. In the words of the great Nic Cage, “That’s high praise?”, and is well deserved for Filoni and everyone over there on the story team.

Congratulations to everyone involved in the success of those projects and to everyone at Lucasfilm who made these stories come to life! Well done!

Here are some tweets from the event:

So this happened. #SaturnAwards @starwars Colossal congrats to @dave_filoni and everyone at Lucasfilm. Thanks for letting us come play. pic.twitter.com/3ypF3N6enN