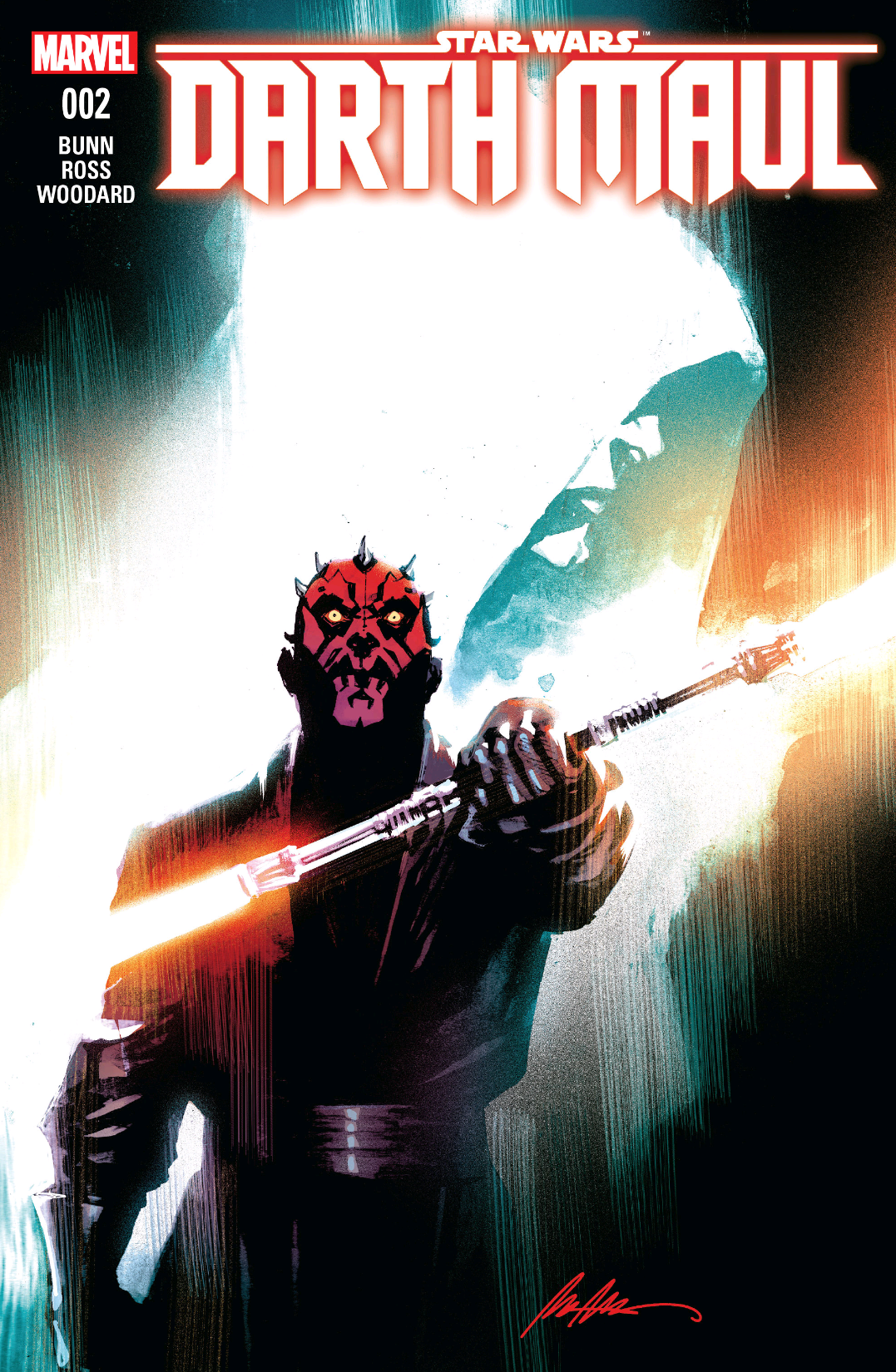 This week in the world of Star Wars comics, writer Cullen Bunn and artist Luke Ross continue the saga of Sith Apprentice Darth Maul in Marvel’s Darth Maul #2, the second issue in a five-part mini-series set before the events of The Phantom Menace. This issue finds Maul in the heart of the criminal underworld as he allies with bounty hunters Cad Bane and Aurra Sing to track down a kidnapped Jedi Padawan. Spoilers ahead (also beware of spoilers if you haven’t seen the latest episode of Star Wars: Rebels)… 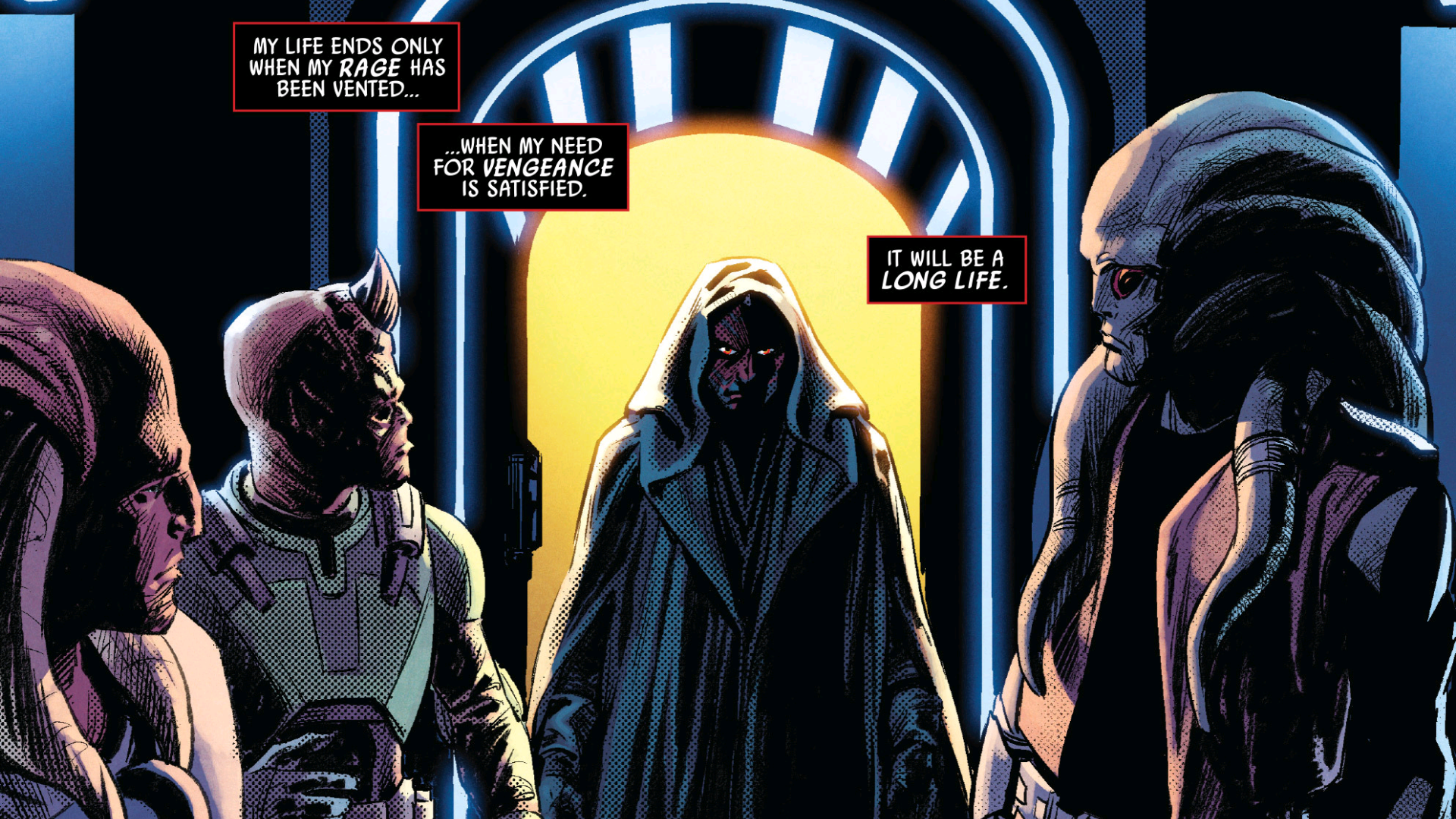 So here we are in the aftermath of the penultimate episode of Star Wars: Rebels Season 3 – a spectacular episode that saw ex-Sith Lord Darth Maul meet his ultimate end at the hands of his oldest enemy and greatest rival, Obi-Wan Kenobi. In the decisive blink-and-you’ll-miss-it duel, Maul was cut to the heart (in the most literal sense) by the aging Jedi master. In the wake of Maul’s death, the timing of Marvel’s most recent 5-issue mini-series suddenly becomes clear. 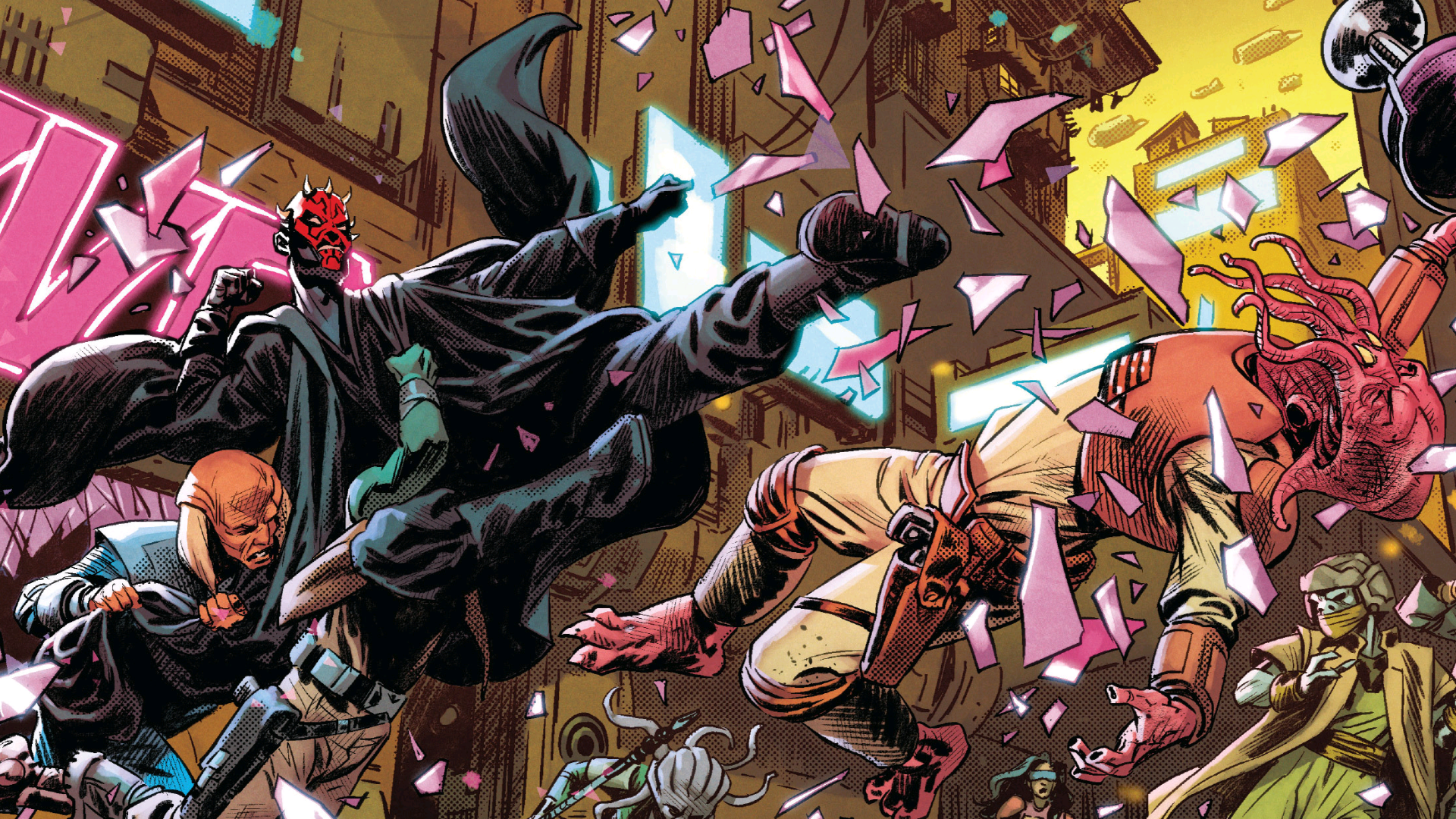 Much like what Marjorie Liu’s Han Solo series did for the character of Han Solo following his death in The Force Awakens, Darth Maul (written by Cullen Bunn and illustrated by Luke Ross) sets out to tell the story of Maul in his early days, as the rising apprentice of the plotting Sith Lord Darth Sidious. But will this series be more than just an attempt to capitalize on the current popularity of the character? Well, if issue #2 is any indication of what’s to come, Bunn might have a story worth telling up his sleeve after all. 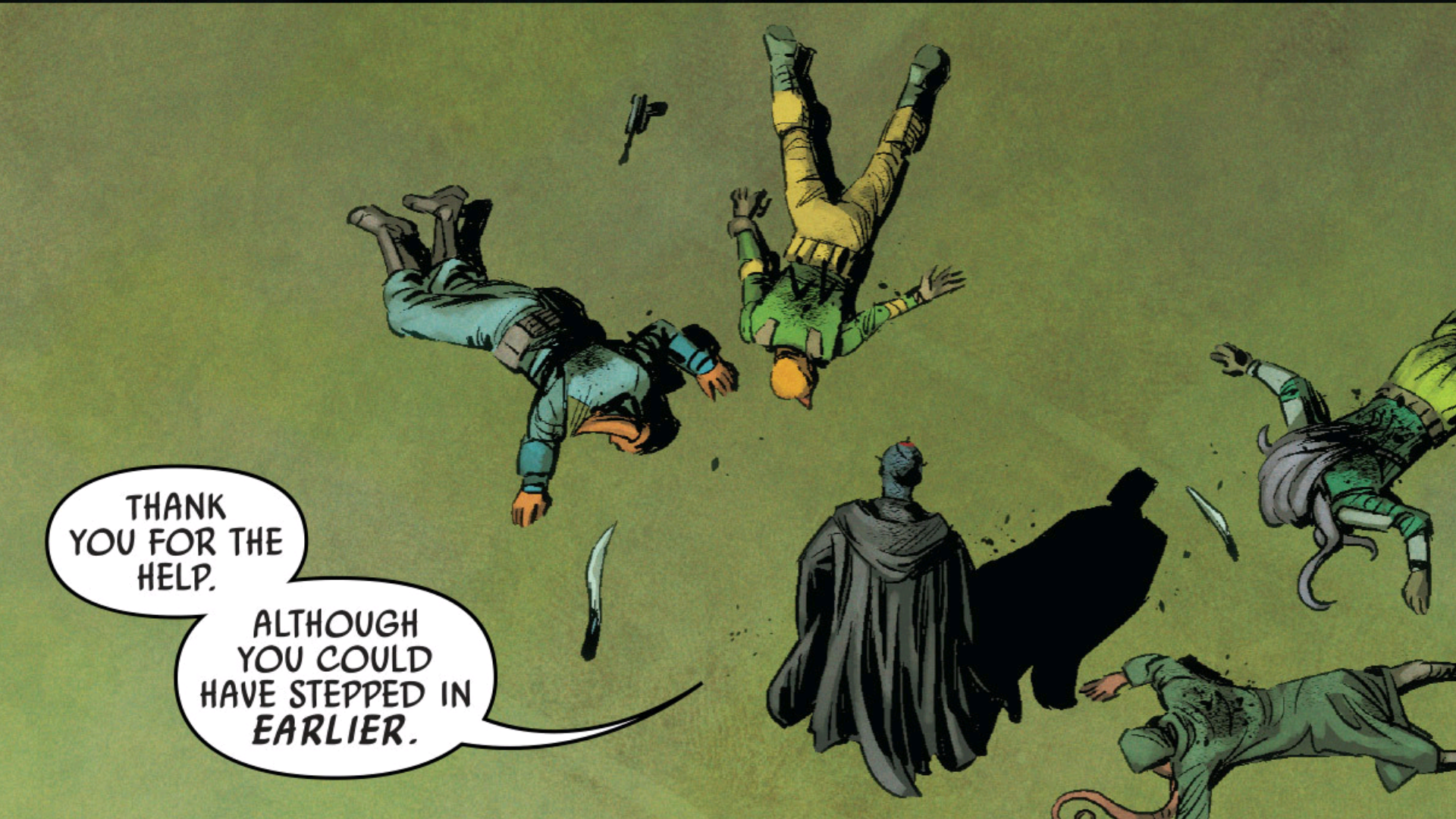 After discovering that Xev Xrexus, the boss of the Xrexus Cartel has captured a Jedi Padawan and is preparing to auction her off to the highest bidder, Darth Maul #2 finds Maul on Nar Shaddaa, trying to track down the location of the secret auction. Knowing that his master does not approve of his impatience, and that the punishment for insubordination would be severe, Maul embarks on his mission behind Sidious’ back. Emboldened by undying rage, he grows tired of waiting for Sidious’ schemes to come to fruition, and sets out to test his mettle against the Jedi Padawan. 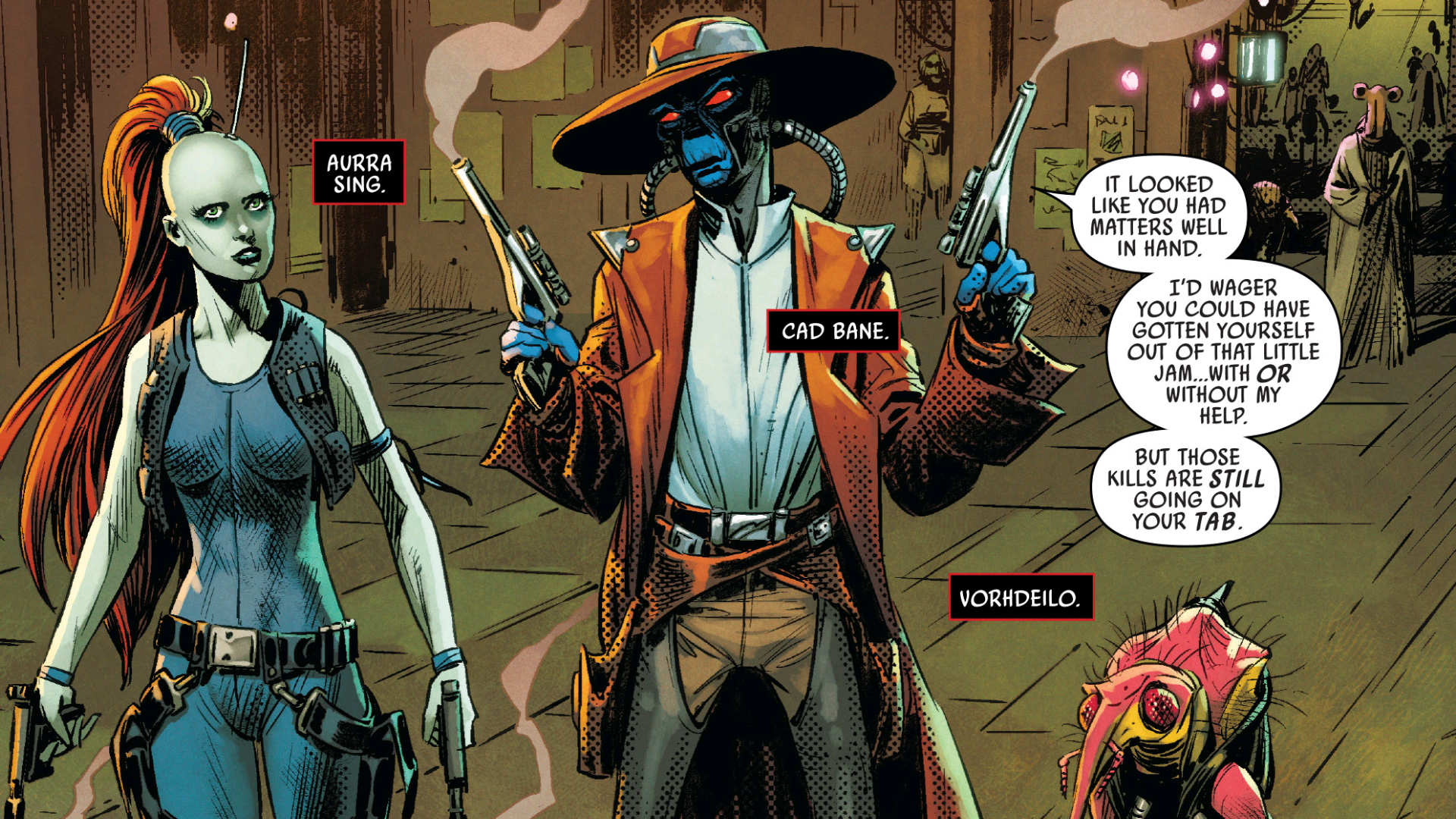 This issue sees the return of the fan-favorite bounty hunters Aurra Sing and Cad Bane, along with a couple of others, as they team up with Maul to track down the location of Xev’s little soiree. The bounty hunters’ connections in the underworld come through as they obtain the location of the auction, as well as the clearance codes they need to secure a proper invitation to the party. Cad Bane is no patsy as he strongly suspects that Maul is just using them for his own selfish gain. However, the Duro bounty hunter is not about to pass up an opportunity for a big score, no matter the risk. 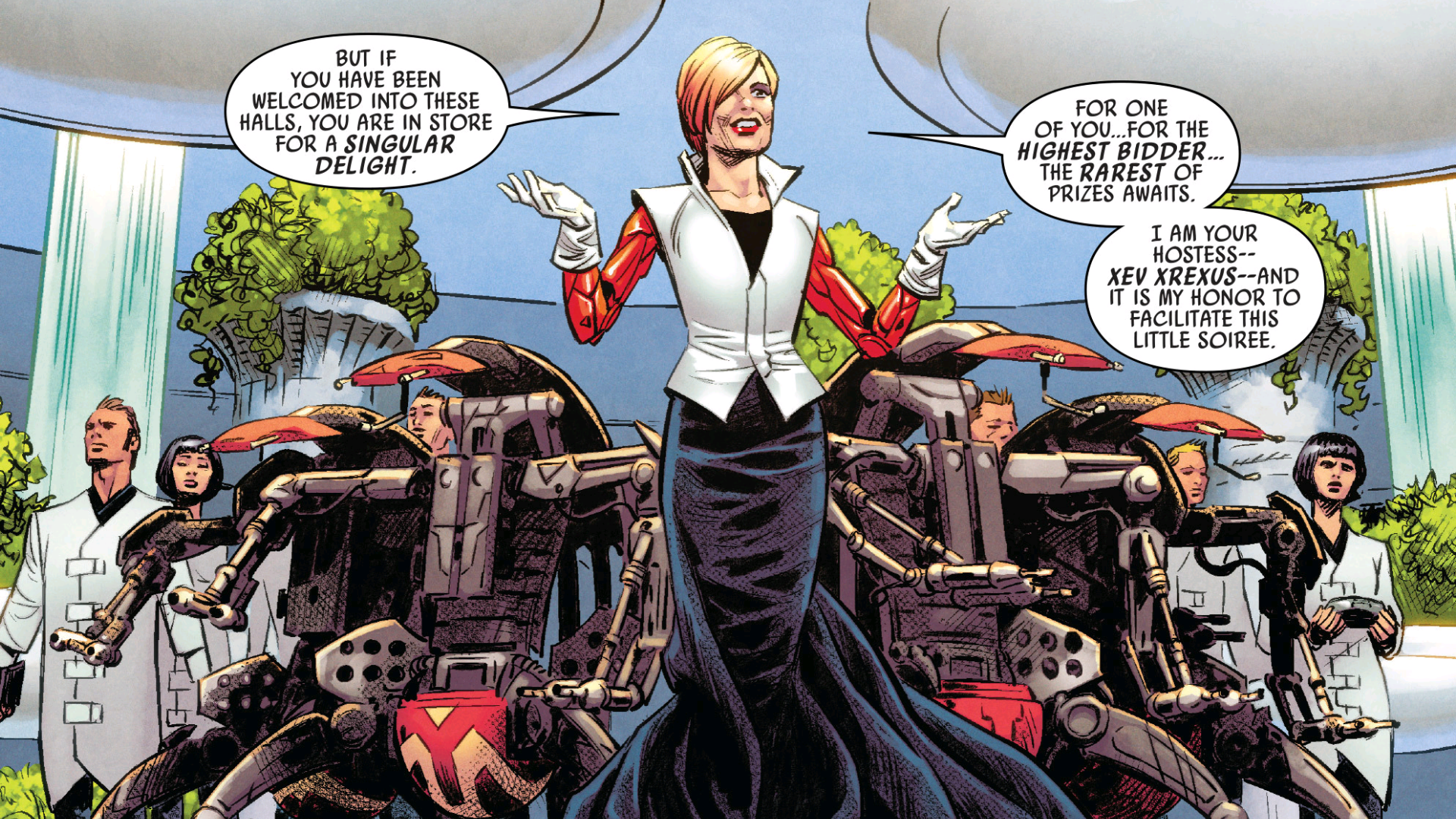 At the auction, Maul is disgusted by the motives of the participants in acquiring the Padawan. He believes that his own motives are of the purest intention, merely wanting to test his might against a rival enemy. The issue concludes as Maul infiltrates the bowels of Xev’s facility and comes face to face with the Jedi Padawan, Eldra Kaitis, a young female Twi’lek who – if her first words to Maul are any indication – may turn out to be more than just lightsaber fodder for the Sith apprentice. At first introduction, she seems like she may be pretty feisty, so I’m hoping that she may end up being a worthy adversary of Maul – or better yet – an unlikely ally. 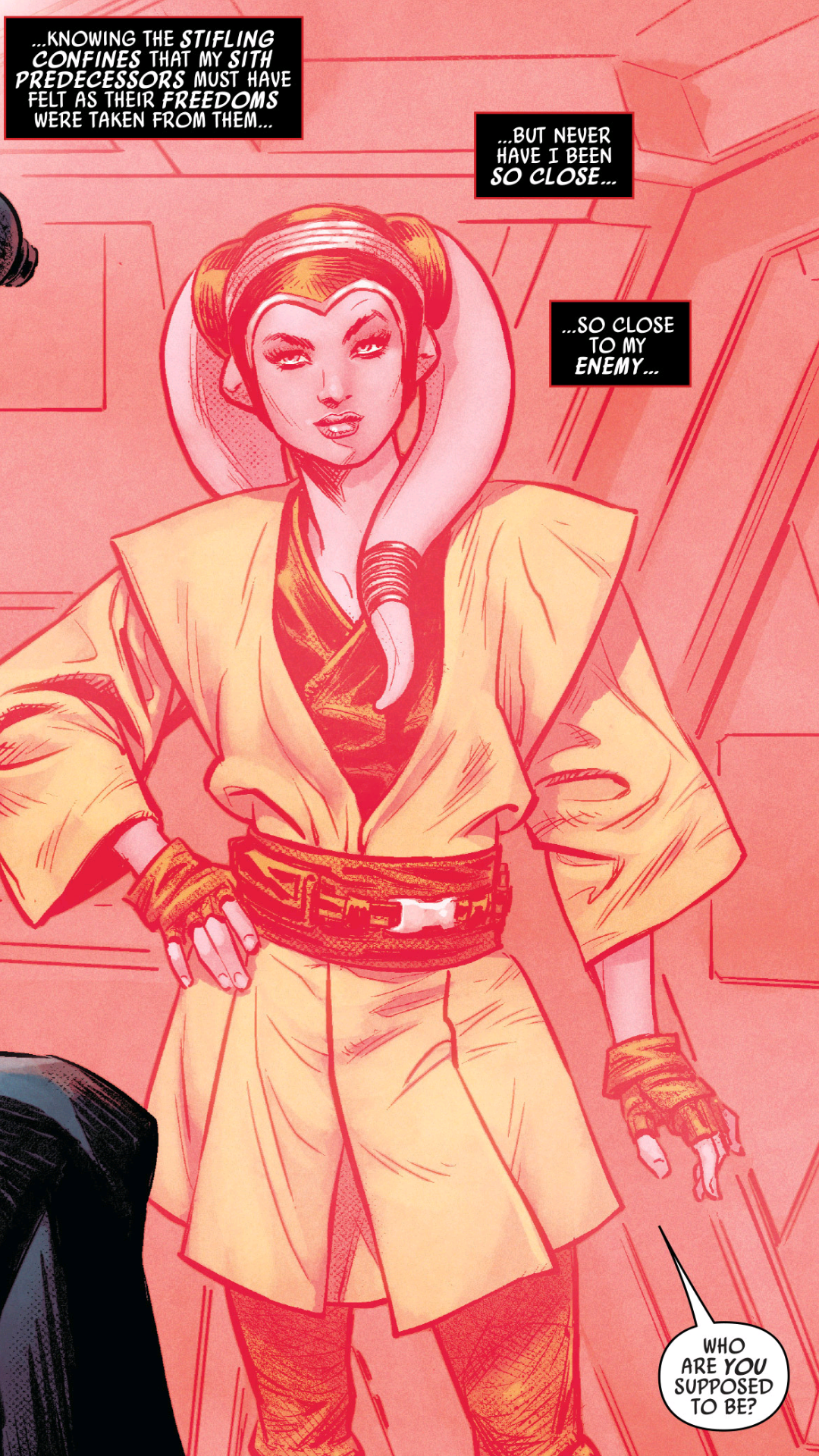 I always love the little glimpses we get of the ancient Sith and Jedi, whether it be traveling to Malachor in the Rebels Season 2 episode “Twilight of the Apprentice” or learning about the Ordu Aspectu in Marvel’s ongoing Doctor Aphra series. One of the stand out moments in this issue, is when readers are shown a flashback to Maul’s training with Sidious during one of his Sith meditations. In the flashback, we see the duo on Malachor, walking the grounds of the ancient battlefield, witnessing the ash and devastation that the Jedi left of their Sith predecessors. Sidious forces Maul to breathe in the ashes of the ancient Sith Lords, and Maul is able to tap into their memories – adopting their rage as his own – an act that continues to fuel his hatred, even now. 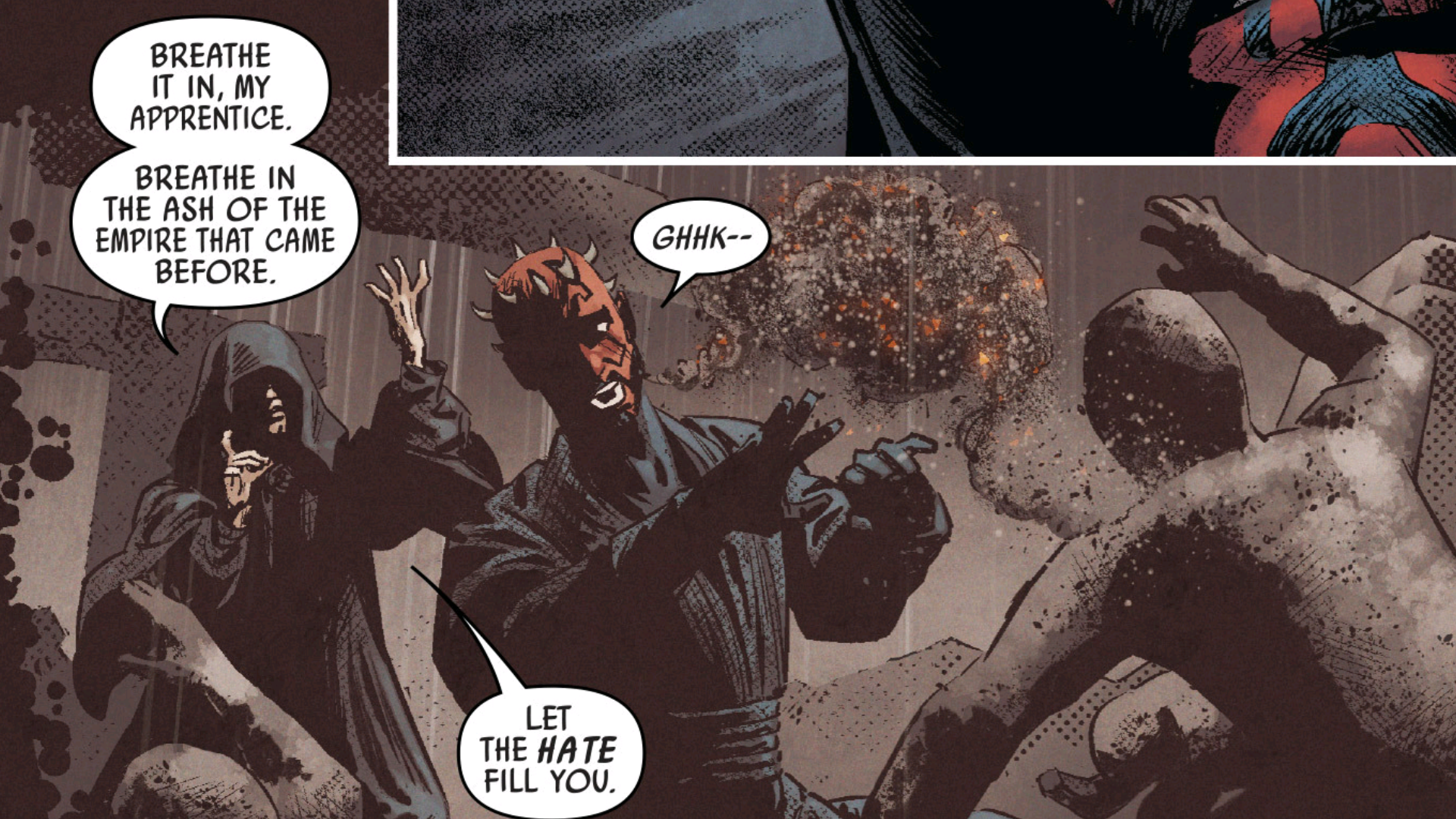 Issue #2 builds on the foundation laid in the first issue of this series in a big way, as the plot sees some real progression, and new characters are pulled into the story. Time will tell if this mini-series was worth the effort, but so far, I like where this is going. After a good-but-not-great first issue, issue #2 is a solid step forward in Marvel’s Darth Maul mini-series. The book is available now in a comic shop near you, or you can download your digital copy on Comixology. 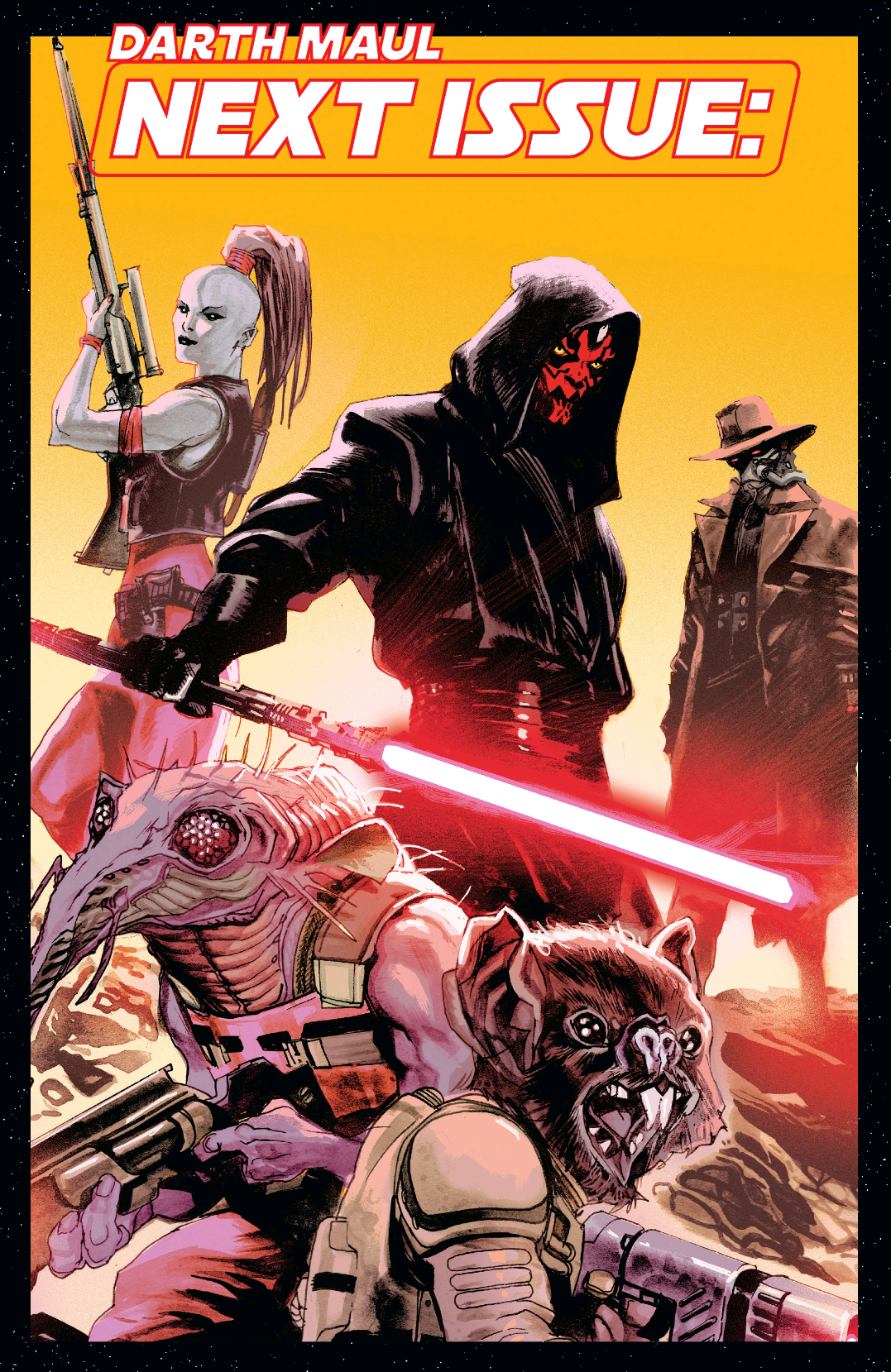