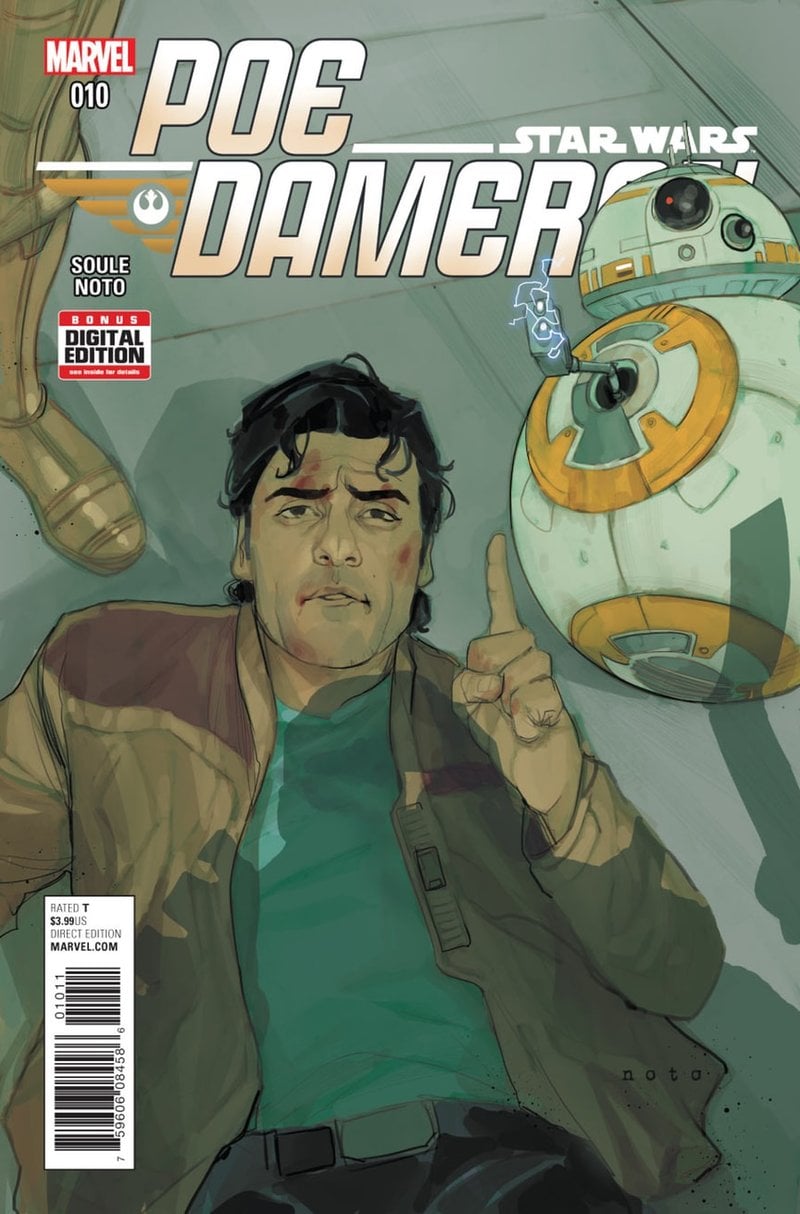 When we left Poe Dameron, C-3PO and Oddy at the end of last issue, Poe was stunned by a member of Ranc gang and all of them surrounded. As this issue begins, the gang members and we, the readers, realize that a bumbling golden protocol droid has more aces up his sleeve than we could imagine. 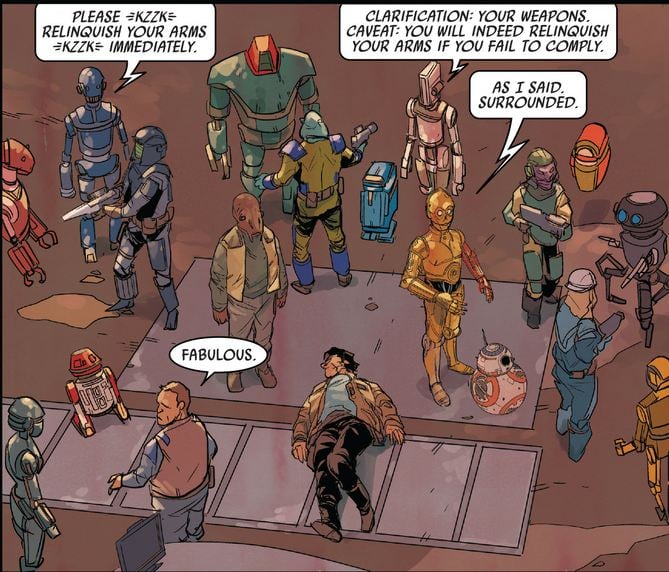 As someone who always mostly only tolerated 3PO, I have to admit I enjoy this new side of his. Perhaps, the ‘goldenrod’ just never had the opportunity to shine before. He certainly proves his capabilities in this comic.

In the meantime, Terex’s crew is unsuccessfully trying to unlock the ship. Terex arrives with his new, old gang to announce his goal – to deliver the entire Resistance to the First Order. 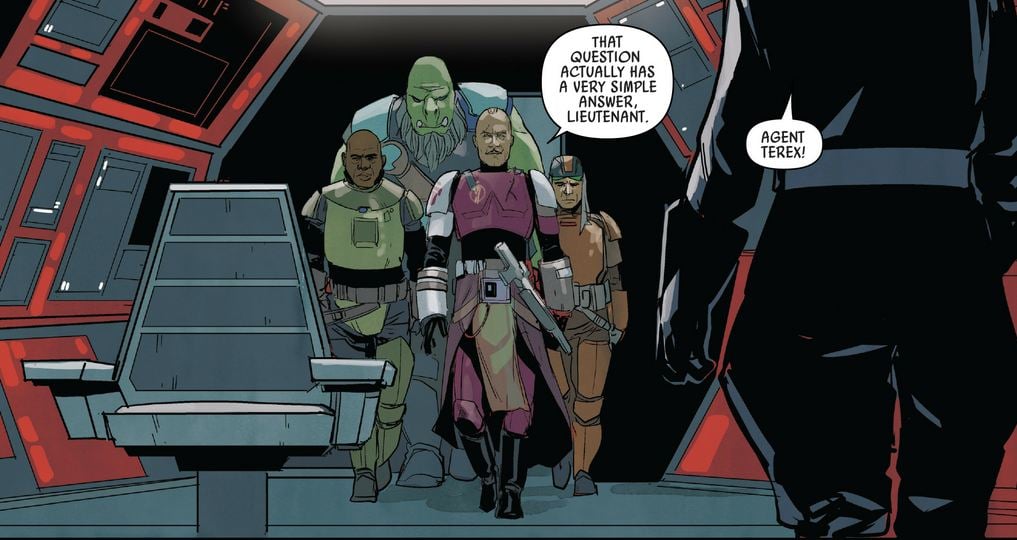 We are treated with the new flashback to agent’s past. Terex, Corlac, Wenda and Bett had found their way into the shipyard at Rothana. If it was any doubt that Corlac and the two criminals never had any intention of bringing back the Empire, this issue dispersed them. Unfortunately for them, Terex was working on their big prize – The Carrion Spike – known for its surveillance capabilities. Once Terex was faced with their betrayal and his own illusions, he makes short work of them and starts a prosperous criminal career.

That is, until his criminal dealings bring him into contact with – pun intended – a new hope for his Imperial dreams. 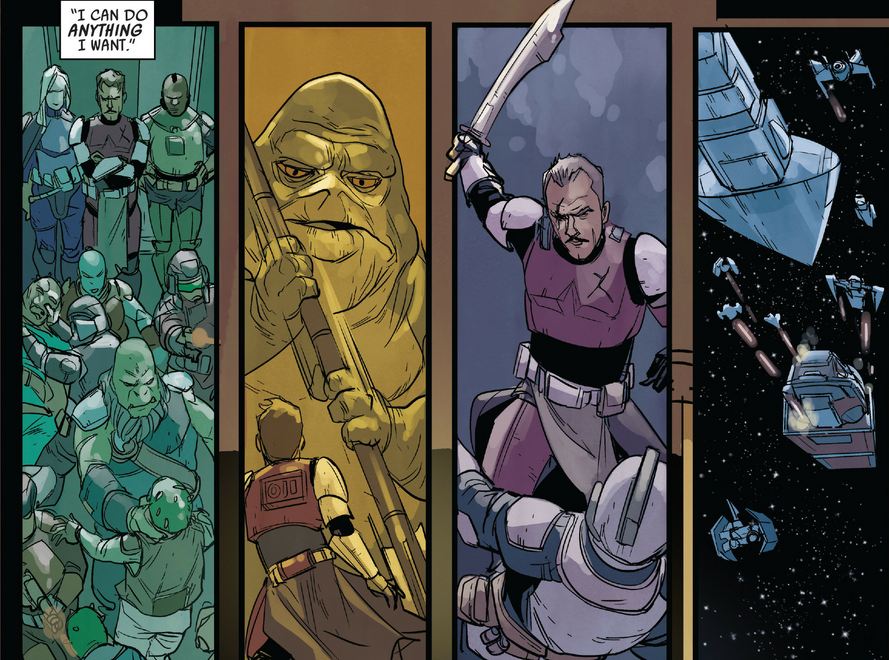 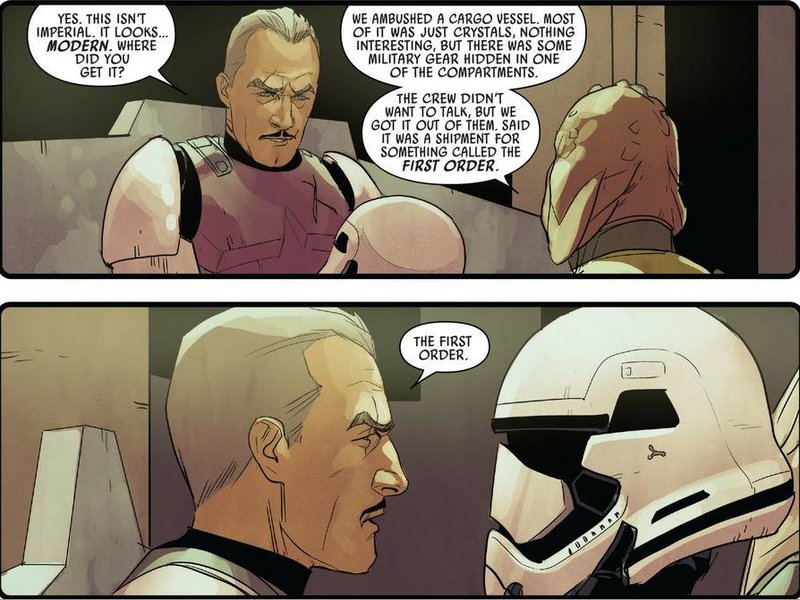 Back on Kaddak, C-3PO’s spy – Nunzix (N1-ZX) – refuses to release gathered information due to his self-preservation programming unless our heroes take him to the Resistance base. C-3PO built these programs in, in case that droids are captured, any tempering causes complete system wipe and so nothing can be traced back to the Resistance. Their discussion is interrupted by the arrival of Carrion Spike.

With the help of activated droids, our heroes manage to get to their ship where Poe has hidden his X-Wing. While they are preparing to leave, they notice that Oddy is missing and they are forced to leave without him.

I have to admit that for a second there I thought that our suspicions about Oddy were true and that he was the traitor. However, the comic takes a turn when we see Oddy sneaking into Terex’s ship after eavesdropping on the agent and his goons. Terex has set a trap for Poe and is planning to follow him – with the entire fleet. 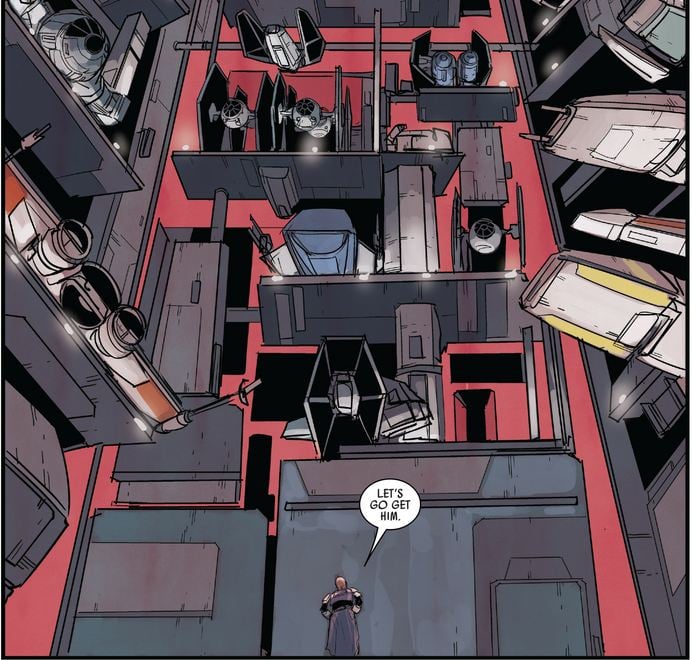 This arc of Poe Dameron comic is doing what I was hoping for from the beginning – it expands the world and the story close to The Force Awakens. Terex is an excellent new character and with every issue I like him more and more. He is a strange combination – a villain with ideals, no matter how misguided they are. He is a cold-blooded killer and, yet, I can’t take my eyes of the page when he is on it. The fact that he is a clever badass doesn’t hurt either.

I always enjoy when we get a new droid and cranky Nunzix fits right into the Star Wars gallery of droids. As I said, to my surprise, I am enjoying C-3PO’s role in this arc a lot too.

From The Force Awakens, we know that Resistance base is still on D’Qar and we know that they don’t know where Snoke is, so it’s safe to assume that neither Poe nor Terex will succeed in their missions. But, what is happening to Oddy? Is he a spy or he just wants to be a hero? And, if he’s not, who is? In any case, I think we will have to say good bye to him in the next couple of issues.

This was a solid issue. I really enjoy Terex’s background, but I would like a little more about Poe. Sometimes it feels that he is playing second fiddle in his own comic. As charming as Oscar Isaac made him in the movie, Poe was one of the new characters we learned the least about. I hoped that the comic will give us more about what makes him tick, that is, except the duty and his love of flying. I enjoy Phil Noto’s art very much although he sometimes pushes the realism too much for my liking. His color, though, are always exceptional.

Still, The Gathering Storm is so far the best arc of the comic and if you didn’t pick it up by now – this is your chance. We will have to wait and see how it ends in… 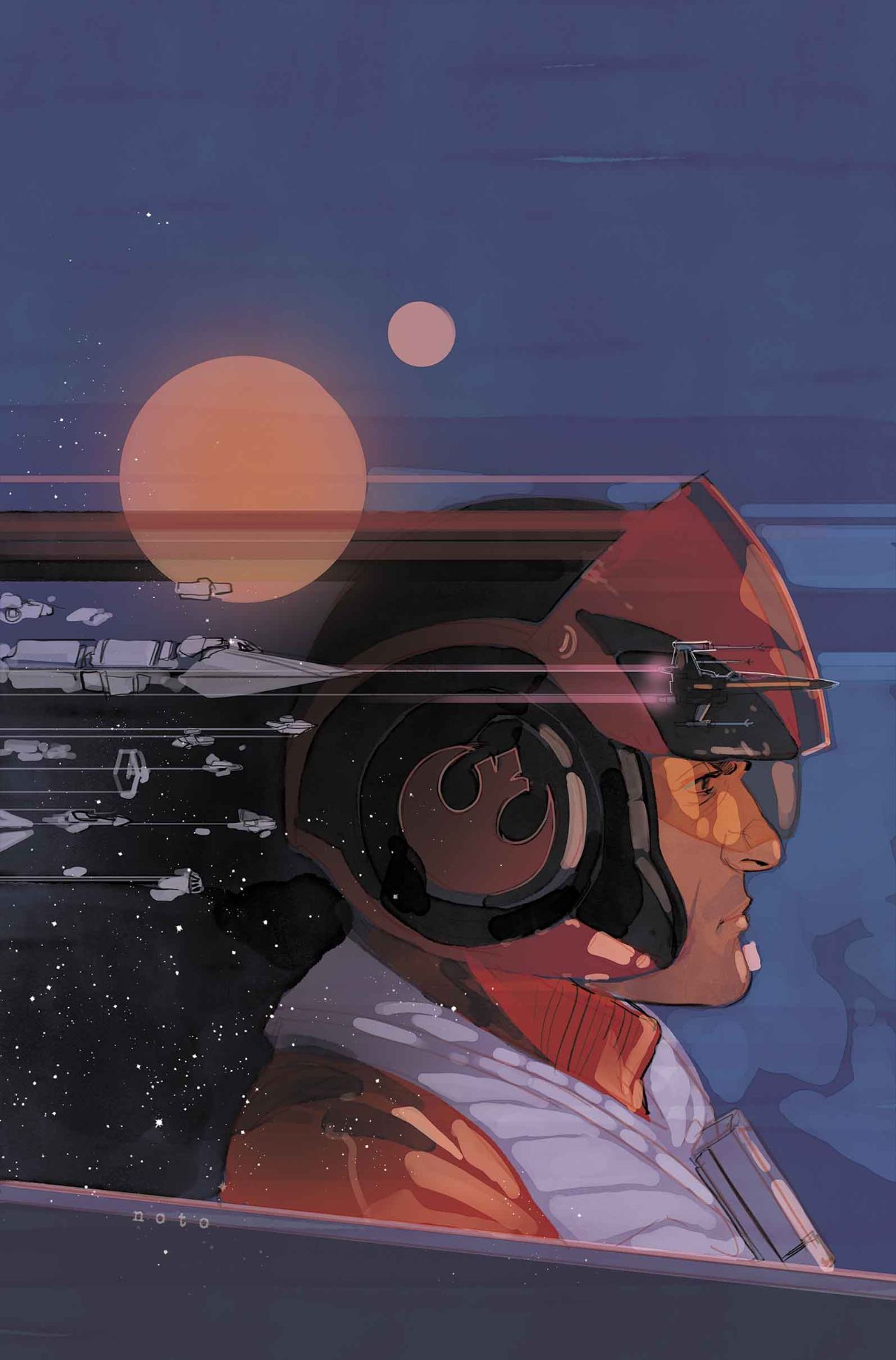 Things are heating up for Poe Dameron and super-spymaster C-3PO! The First Order is on their tail…and Terex’s evil cronies as well. Not to mention… Who’s feeding information to the First Order in the first place?