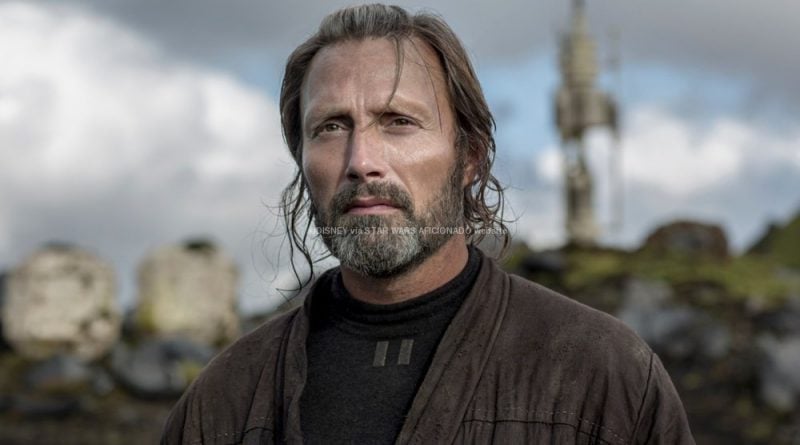 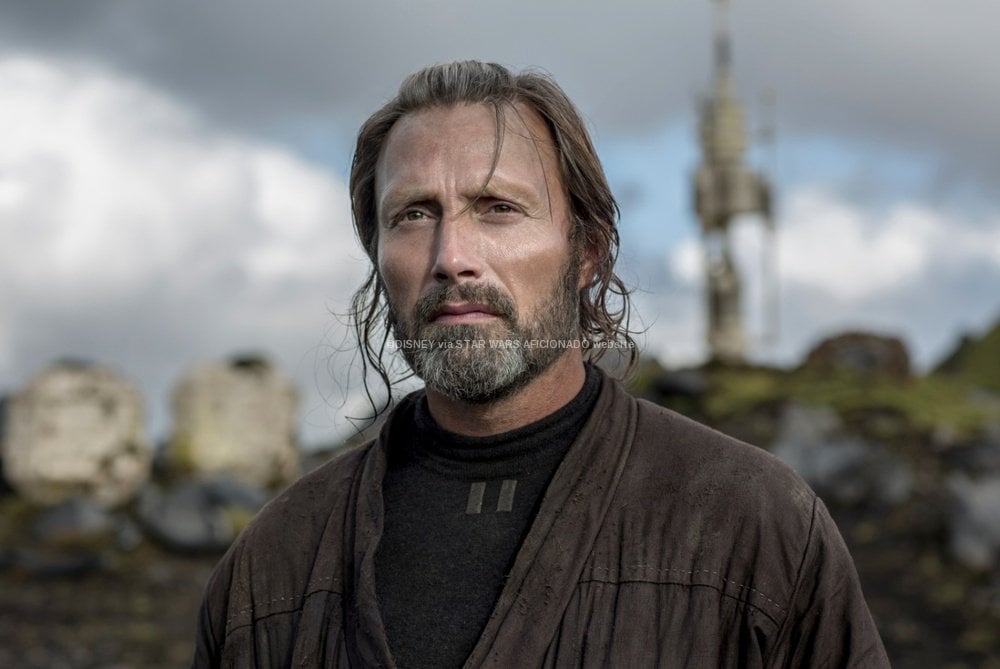 Our friend and staff member Rieekan uncovered several cool new Rogue One images on the web that we haven’t seen before. Thanks to these images we now know which actors are playing Bistan, Edrio – Two Tubes and the Mon Calamari Admiral Raddus, as well as how does some of the local Jedha creatures look like. Read on for the details.

First, we start with several nice Rogue One character cards from Topps, which revealed the names of the actors playing some of the aliens in the movie. These images were first posted by the fan Twitter account Channel Star Wars: 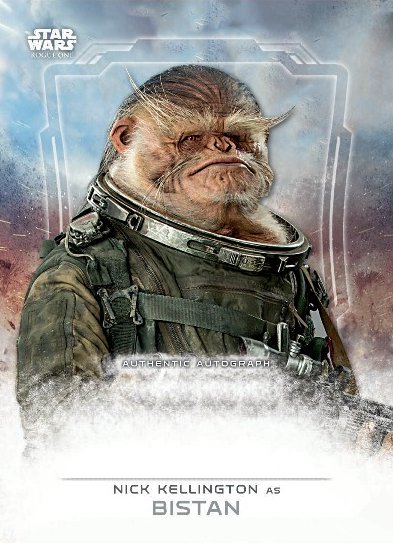 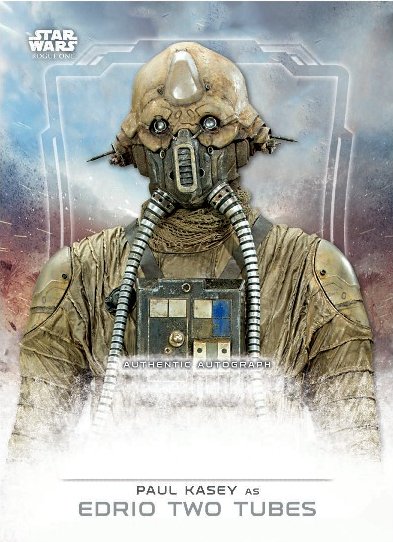 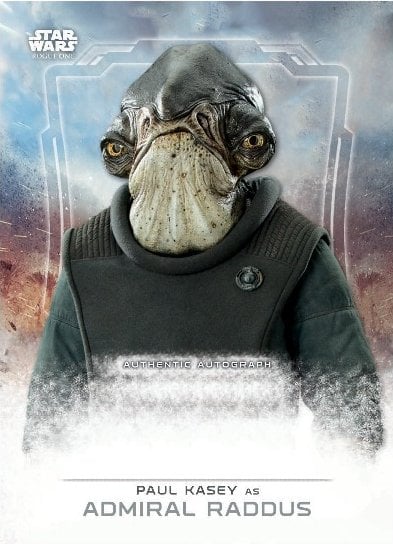 Paul Kasey is an English actor mostly famous for his appearances on Dr. Who, where he frequently played monsters. He also played Ello Asty in The Force Awakens.

The funny story here is that Nick Kellington, who plays Bistan, the space monkey, is an English actor who mainly appears in children shows. He is most famous for playing the Green Teletubbie in the Teletubbies. The ones from you who are familiar with that show (orientated towards very, very young children) will agree that there is a weird resemblance between Bistan’s moves from the Rogue One BTS footage and the Teletubbies. 🙂 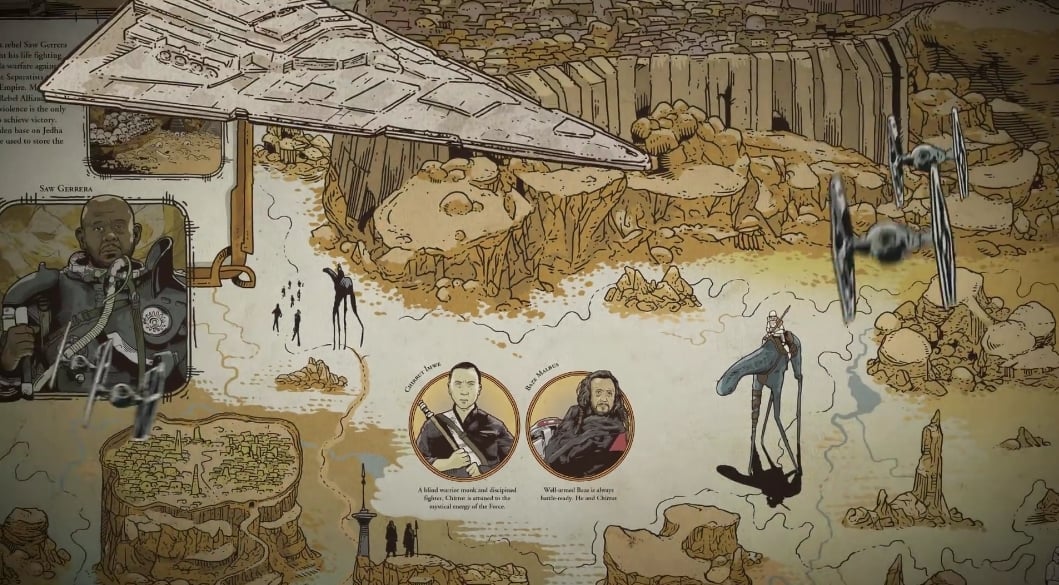 In a new video (via MSW), promoting the release of the new book Star Wars: Galactic Atlas, a quick shot showed us Jedha with some alien creatures that we haven’t seen before:

You probably remember that a few weeks ago we posted an interview with Felicity Jones, where she revealed that during the filming in Jordan, there were some Stormtroopers riding camels. We speculated that the camels will probably be replaced in post production by some fancy alien creatures. Could these be the creatures? 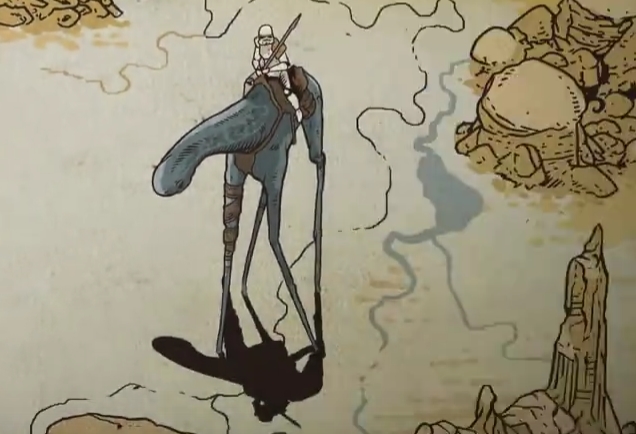 Also the text in the upper left corner gave us a bit more info about Saw Gerrera and his fight on Jedha against the Empire. The text suggests that there is a hidden base on Jedha once used to store Kyber Crystals: 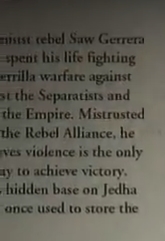 That also matches with Wookieepedia‘s entry on that:

Some time before the Battle of Yavin, the Galactic Empire occupied the moon to control its resources that were once used by the Jedi Order to build lightsabers. The occupation later provoked an insurgency to oppose the Imperial tyranny, coordinated by the Rebel extremist Saw Gerrera.

And lastly, here’s a new image from Rogue One featuring Galen Erso, posted on Twitter by the fan site MadsMikkelsen.net: 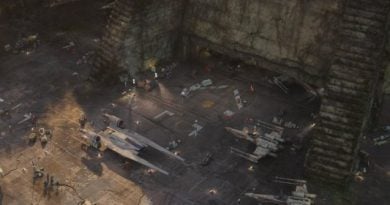 Clarification on the Star Wars Rebels Easter Egg in Rogue One. 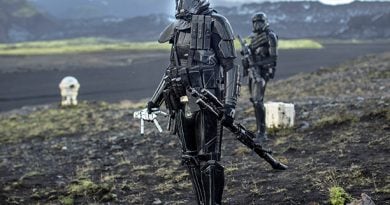 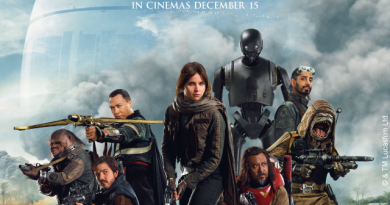 Editorial: What Trailers Will Be Attached To Star Wars: Rogue One?

16 thoughts on “New Rogue One Image of Galen Erso + Character Cards and New Creature from Jedha!”