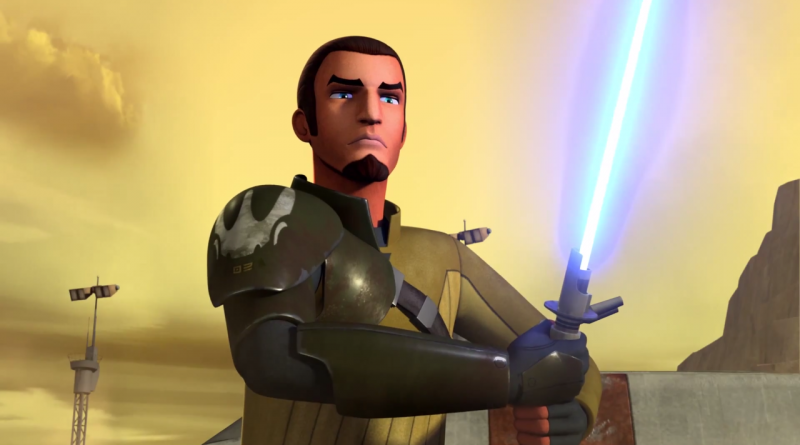 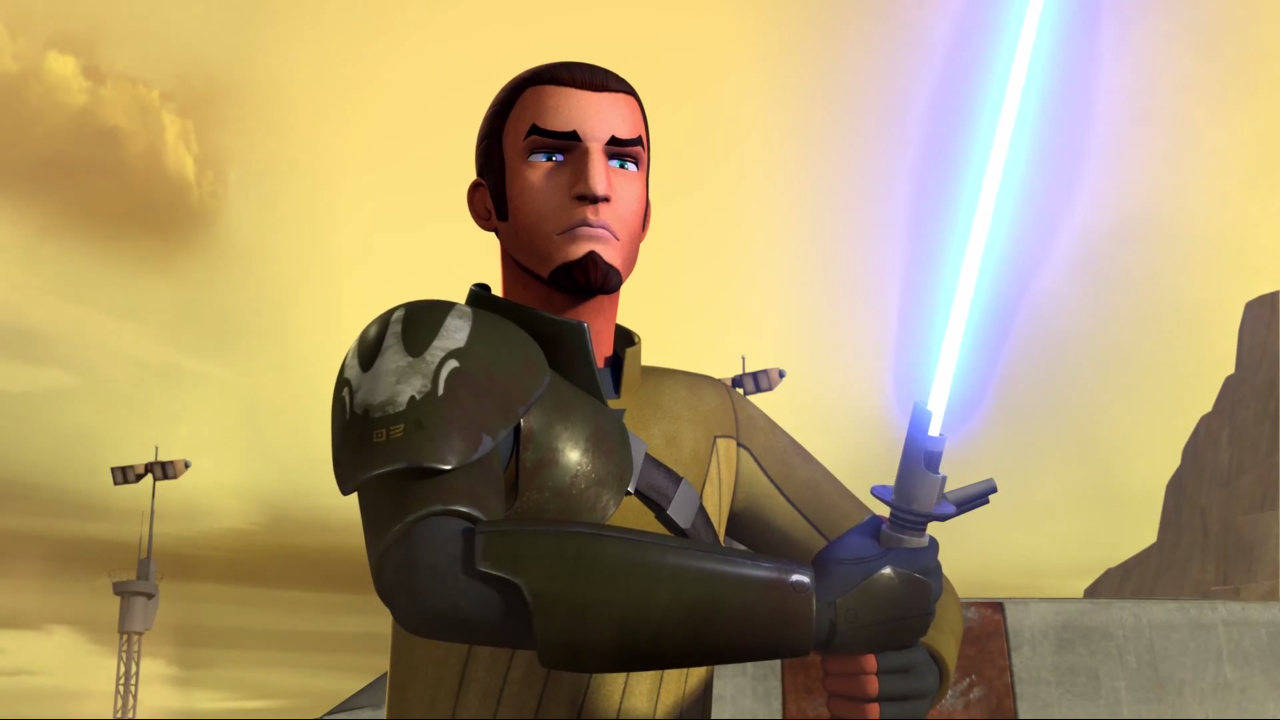 A couple of weeks ago, we started examining the stand out characters of the new Star Wars canon. After Rae Sloane, we are turning to the Light Side to shine a spotlight at our favorite cowboy Jedi turned Zatoichi – Kanan Jarrus.

Kanan was born Caleb Dume. He was a Force sensitive child who was brought to Jedi temple on Coruscant so early that he had no memory of his parents. We, therefore, don’t know what Kanan’s planet of birth was.

As a youngling, Caleb was extremely inquisitive, even questioning some of the Jedi traditions, which was not appreciated by all his teachers. But, some did like that quality. Obi-Wan Kenobi was inspired by Caleb’s questions to reverse Jedi recall signal and warn the surviving Jedi not to return to Coruscant after the execution of Order 66. Depa Billaba appreciated that Caleb came to her to ask about her past instead of listening to the temple gossip, something she believed was not political but wise. Depa and Caleb stopped a separatist attack on the Jedi temple and afterwards Depa took Caleb for her padawan. 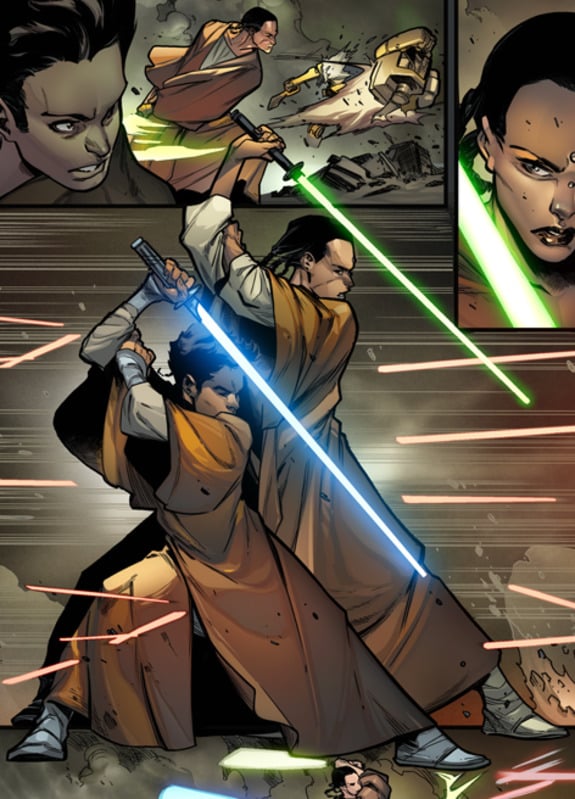 Five months later, when Caleb was 14, he and his master participated in the battle of Kallor. After the battle ended successfully, Bilaba gifted Caleb with Jedi holocron. Unfortunately, that was the eve of Order 66. The clones turned on Caleb and his master and Bilaba sacrificed herself to allow Caleb’s escape.

Alone for the first time in his life, Caleb had to learn how to survive. He got help from Janus Kasmir, Kalleran thief and smuggler. He taught Caleb how to disguise himself and leave his old life behind. Not wanting to endanger Kasmir any longer, Caleb left and, in his honor, renamed himself Kanan Jarrus.

Kanan lived a life of a drifter, moving from planet to planet and from job to job, drinking and womanizing along the way. He stopped using the Force entirely. He ended up as a freighter pilot carrying ore between planet Gorse and its moon Cynda. This is where he met Hera Syndulla, a Twi’lek Rebel, for the first time. They succeeded in stopping Count Vidian from destroying Cynda. Two things happened in the process: Kanan crossed paths with Rae Sloane, the imperial officer, and attracted her attention and saved Hera’s life by using the Force thus revealing his true nature to her. Kanan became a crew member of Hera’s ship, the Ghost. 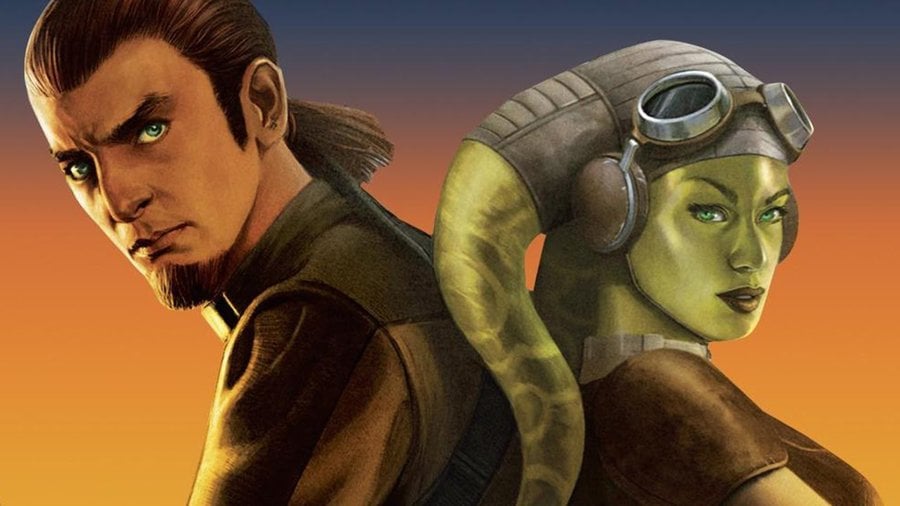 When we meet him again, Kanan is de facto leader of Ghost’s crew in action, while Hera commands the ship. They act against the Empire mostly on and around the planet of Lothal. While on the mission in planet’s Capital City, Kanan encountered Ezra Bridger, a 14-year old orphan, and sensed his Force abilities. They participated in the liberation of a group of enslaved Wookies on Kessel. Kanan ignited his lightsaber for the first time in years and revealed himself as a Jedi. After the escape, he offered Ezra to become his padawan. 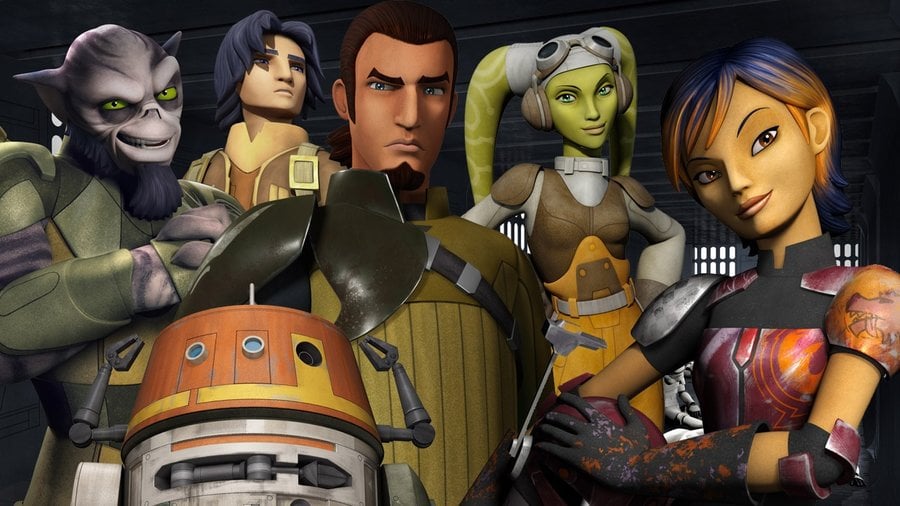 Kanan was a reluctant teacher, due to the fact that he never completed his training. Over time Kanan has grown as a teacher thanks to Yoda’s guidance and his skills as a Jedi were honed mostly through continuous conflict with the Grand Inquisitor. Freddie Prinze Jr., voice of Kanan in Star Wars: Rebels, said that, after Bilaba’s death, Kanan’s teachers were mostly bad guys. Thanks to growing skill and a lot of luck, Kanan even survived the encounter with Darth Vader. Kanan is finally knighted by Yoda through the Force vision in the form of Grand Inquisitor, who was exposed as a former Jedi Temple guard.

Kanan didn’t get to enjoy his knighthood for long. Sent by Yoda to Malachor, Kanan and the Ghost crew encounter not only the inquisitors and Darth Vader, but also Maul, former Sith and apprentice to the Emperor. Despite his masterful manipulation of Ezra, Maul showed his true face when he attacked and blinded Kanan. Relying on the Force, Kanan managed to get the upper hand and fight Maul off.

Kanan’s experiences during the Clone War left him cynical towards authorities as well as any military organization which is why he was resistant about Ghost’s crew joining organized Rebellion. He also had difficult time working with Rex due to the betrayal of the clones. But, if anything, Kanan is open to learning and changing his mind, one of his many good qualities.

Before joining the Ghost and becoming responsible for a padawan, Kanan was reckless and prone to starting fights. He has a great sense of humor and can be goofy on occasion. As his story progresses, Kanan becomes more and more in tune with the Force, something that will benefit him greatly now that he is blind. 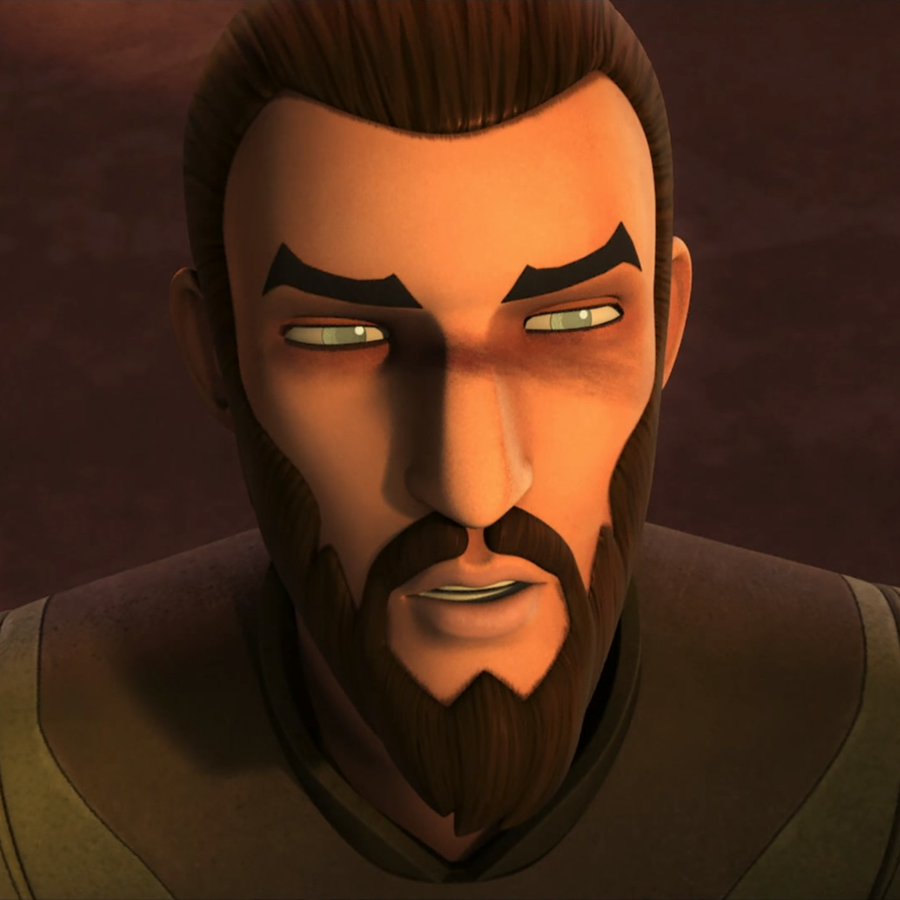 Kanan’s future is uncertain almost as much as Ezra’s. In addition to dealing with Maul who has set his eyes on both Ezra and holocron, he and the crew will have to deal with the genius Grand Admiral Thrawn. It is certain that he would dive deeper in the secrets of the Force as shown by the trailers for season 3 of Star Wars: Rebels. According to what Freddie Prinze Jr said in the latest interview. Kanan will also teach Sabine Wren how to use the darksaber.

One could argue that Kanan’s faith was signed the moment he was knighted and became the Jedi Knight. But, Dave Filoni and Story Group would not so easily lose the narrative opportunities that blind Jedi offers. Let’s hope that they could find the way to save his life without contradicting Yoda’s famous: “When gone I am, the last of the Jedi will you be.”

Because he is such a great representative of Kanan and Star Wars in general, it is hard for me to imagine anyone else but Freddie Prinze Jr in the role of Kanan. But, if the character ever transitions to the small or big screen, it is unlikely that Freddie would play him, especially because he doesn’t like to leave his family for long. Last time, Gina Torres was proposed for live-action version of Rae Sloane by one of our readers. Who could you see playing live-action Kanan? And which character from the new canon deserves more stories and exposure? 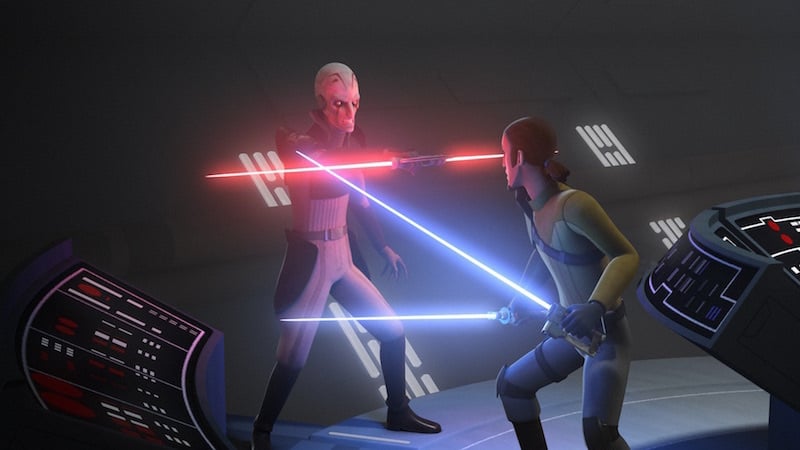 *There are some short stories that are dramatizations of Rebels episode as well as online games  and comic strips from Star Wars Rebels Magazine that were not included.

** Issues Star Wars: Kanan #6 and #12 are occurring during the first season of Rebels. 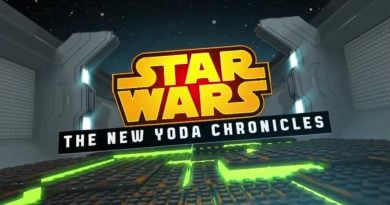 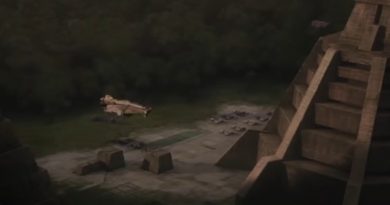 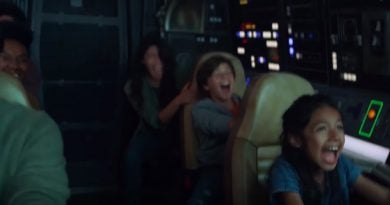