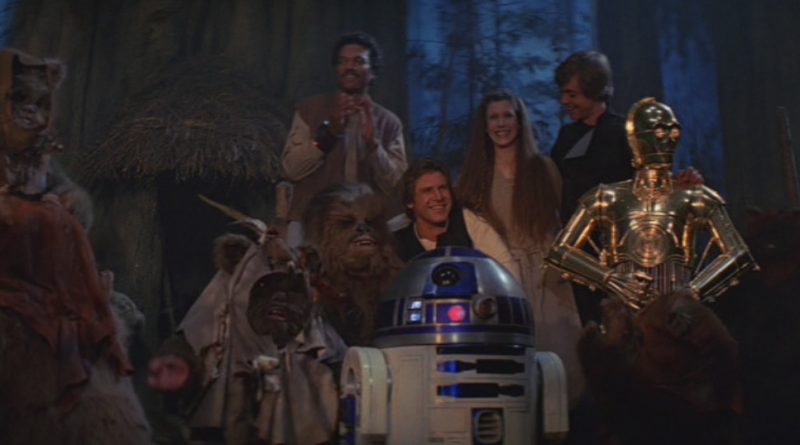 Just two weeks left.  Just two weeks left.  The mantra of the day for Star Wars fans everywhere.  The wait may seem interminable, but there is a light at the end of this tunnel flickering at a wonderful 24 frames per second.  Think back to what you were doing two weeks ago today.  Doesn’t seem too far back right? Now flip that around and that’s the short amount of time we have to go until all this merciless withholding of Wars in the Stars is over.

So, what can we do to pass the time.  Well there is some more of that free stuff we promised you.  Up first, the winner from last week.

Vader the White – The Making of The Empire Strikes Back

And up this week, we’re tackling the end of the saga as it existed pre-Disney. The one everyone thought was the end, only to find out that the end was only the beginning.  Star Wars: Episode VI.  Return of the Jedi.  So, today we have Bluestreaking and Darth Zloi breaking down different fronts from the Battle of Endor as they take us through their favorite action sequences. 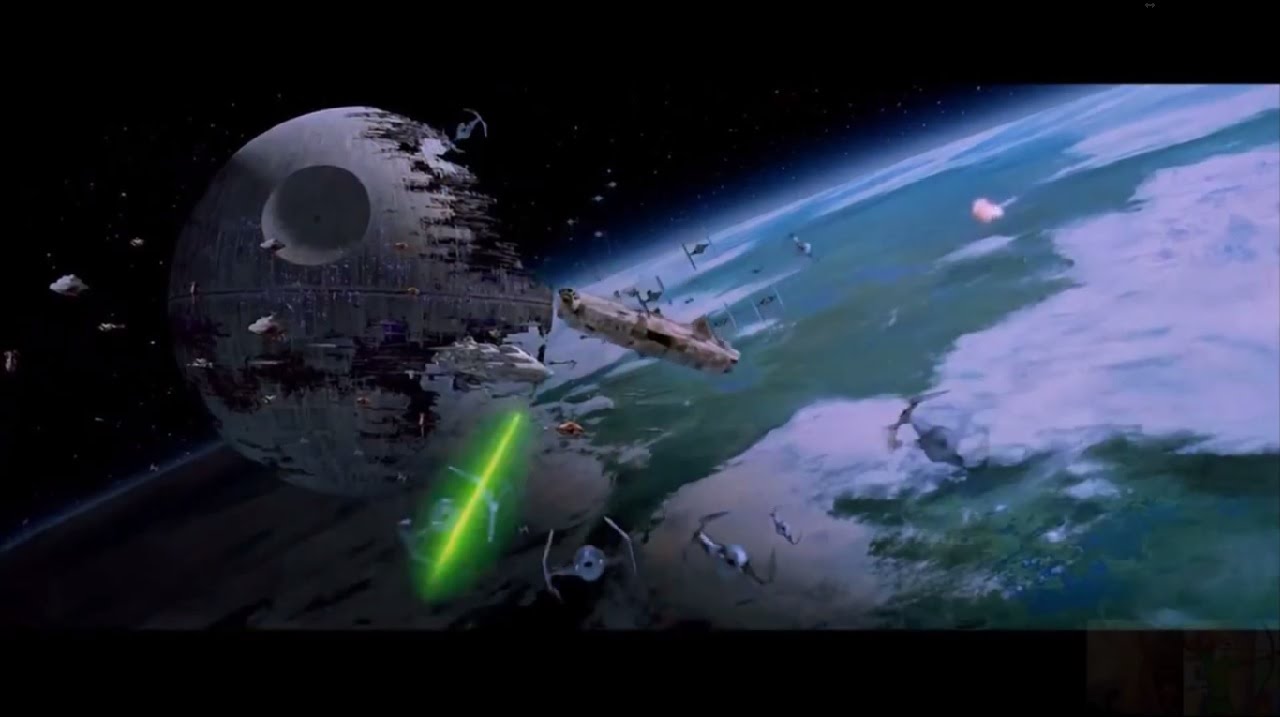 As a kid there was one Star Wars film I would watch constantly, and that was Return of the Jedi. The Battle over Endor just stuck to me as a kid, while on the surface it is a retread of the Episode IV battle just with a bigger Death Star the bits and pieces of it make it a completely unique and different experience. From the score, the highly underrated Battle of Endor suite, to the dialogue which gave us classics such as “It’s a trap” we were given our first ever taste of a major space battle in the Star Wars universe.

The opening horns as the Rebel fleet arrives in gives us a taste of the emotions of the Rebel Alliance as they throw everything they have in a desperate attempt to defeat the Emperor. The drums signify the pounding heartbeats and the sight of the Death Star sparks a crescendo leading into my favorite single piece of music in Star Wars as Lando and Nien Nunb realize the shield is still up. The moments continue to build as the Rebellion realizes they have been trapped by the might of the Imperial fleet. But the battle offers more beyond just the music and emotions.

We are exposed to ship to ship combat completely unlike what we saw in A New Hope as TIE Fighters swarm our heroes. Highlights of the battle include another of my favorite all time scenes when Arvel Crynyd crashes his A-Wing into the Executor’s bridge to take out the dreaded Super Star Destroyer from Empire Strikes Back. The flight into the Death Star’s, while not as dramatic as the trench run, still was memorable in the intensity of the narrowing corridor and the uniqueness of the scene. In all the sights and sounds gave us our first look at large scale Space Warfare in the Star Wars universe which would serve as a template for the Universe as a whole

Though TESB is probably my favorite SW film as an adult, ROTJ was king during my childhood and I’ll always have a special place in my heart for this film. The climax featured three stunning rotating action sequence. While I loved the Battle of Endor both from space and on the ground, I think the throne room scene was the one that got the most viewing out of me. It was our first time seeing a lightsaber duel that wasn’t basically one-sided. Obi-Wan had neither the youth nor desire to take down Vader in ANH. Sure Luke had his moments against his Sith Lord father on Cloud City, but Vader was essentially toying with him. In ROTJ we had a pretty level playing field and got to see how far Luke’s training had come in just a short time. 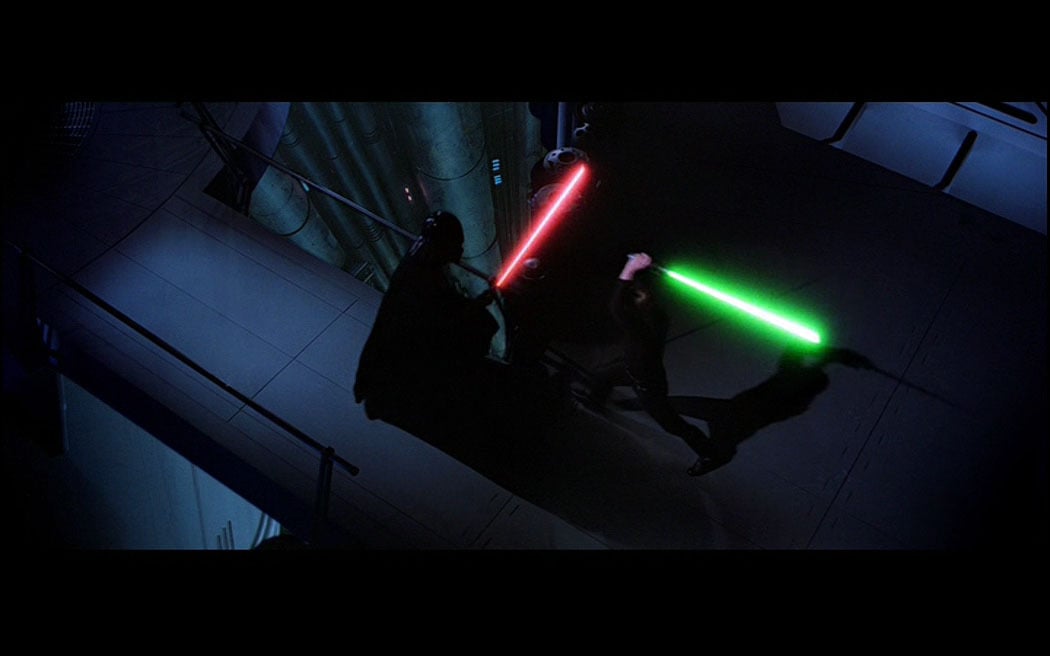 The tension in this three-way showdown was palpable. @DEKKA129 pointed out a nice parallel between ESB and ROTJ to me. In episode 5, Vader was trying to turn Luke to the darkside and held back a lot during this duel. In ROTJ, we got the reverse. Luke held back until the very end and he was trying to turn his father back to the lightside. Another parallel that nicely comes into focus after viewing the PT, was Sidious trying to seduce Luke as he had done to Anakin. They key factor in Anakin’s turn was his desire to save his wife at all costs. Here, Vader uses family attachments to try and complete Luke’s slide into darkness. It nearly worked. Driven by the desire to save his sister, Luke used a brief burst from the darkside to chop off his father’s sword arm, much like Vader did to him in the previous installment. 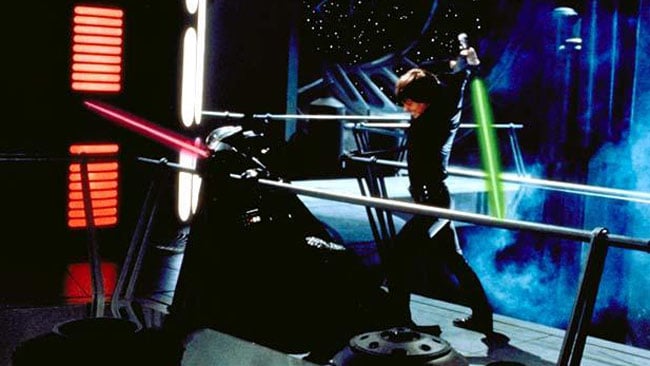 The key difference in this parallel is that Anakin gave into his fear, allowing the tendrils of the darkside lease in his heart. Luke was able to taste this power and turn away. The moment where Luke refuses to fight and Vader realizes there is still good in his heart, sacrificing himself to save his son from death at the Emeperor’s hands is a powerful moment that still resonates strongly in my heart to this day. It’s the first time we really see Sidious lose. Also of note, Luke shows both the controlled rage of a young Obi-Wan and the peaceful wisdom of his other master, Yoda. He embodies both the warrior and sage parts of a Jedi, proving that he truly is a Jedi and the order has not completely faded away.

So what is your favorite action sequence from Return of the Jedi?  Want to make a case for Sarlaacs or Rancors?  Maybe you are partial to Ewoks or Speeder Bikes?  Let us know in the comments and you could win… 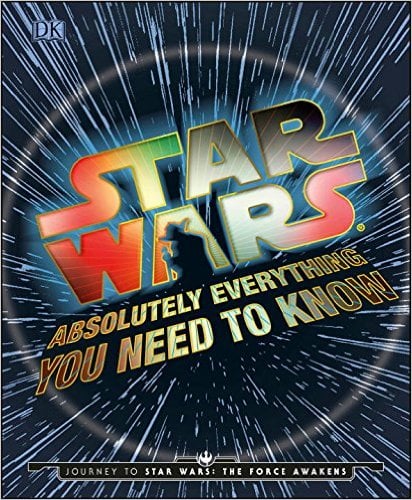 UPDATE!
The winner from last week is Matex. Congrats!
Well, that’s it folks. This is when we wrap our countdown to The Force Awakens. Next week will be epic! We will post our SPOILER FREE review of The Force Awakens on December 16th at 00:01 PST (08:01 UK time). If you have questions come around and ask them in the comments section. We promise we won’t spoil the movie for you, and answer your questions. 🙂 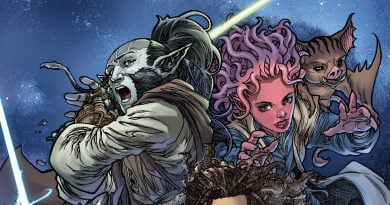 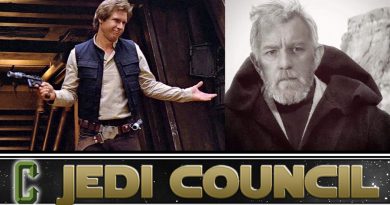 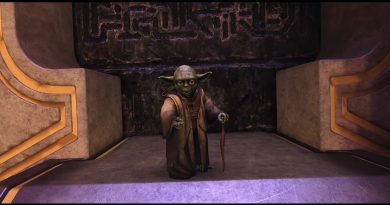 63 thoughts on “UPDATE! One Week to Star Wars: The Force Awakens. The Saga’s Previous End Edition”