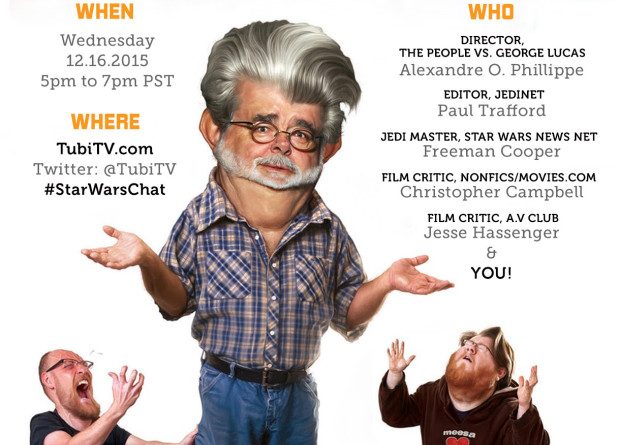 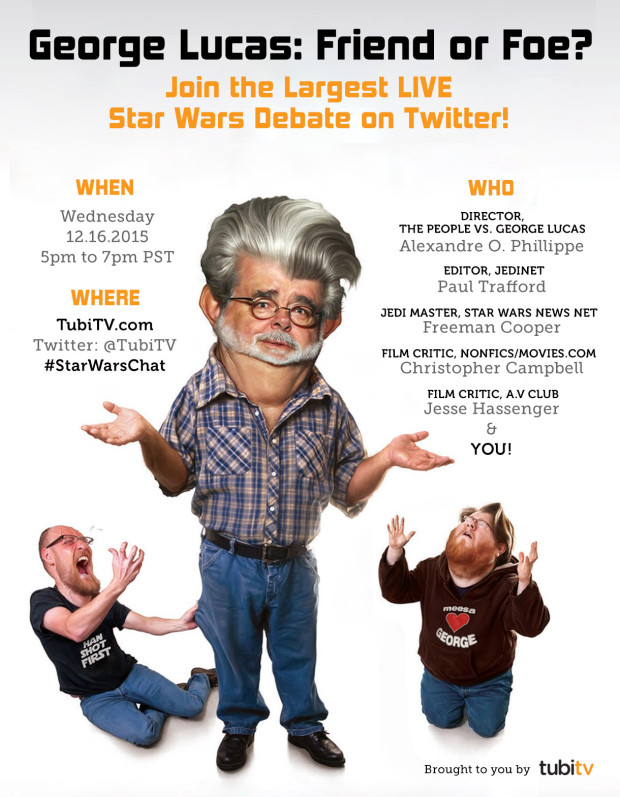 Tomorrow night (December 16th), tubiTV will be hosting an event to celebrate this week’s release of Star Wars: The Force Awakens by holding a panel discussion and viewing of the 2010 documentary The People vs. George Lucas.  For those who don’t know, The People vs George Lucas is a documentary that focuses on the fanaticism of the Star Wars fans and its impact on our relationship with the creator, George Lucas.  Tubi TV will be live streaming the film, taking questions and giving away prizes!

Tubi TV aims to tacked the issues brought up in the film by holding a Q&A with the director of the film as well as an online panel discussion with a group of Star Wars experts featurin none other than Star Wars News Net’s own Freeman Cooper (aka Jedi Master Kalu).

So as we all wait for our own opportunity to see The Force Awakens and we’ve run out of first takes and reviews to pass the time, make yourself a bucket of popcorn and tune into Tubi TV for the live stream.  Viewers who submit questions for the panel or the director will also be eligible to win some free prizes.

Here is the release from tubiTV:

In The People vs George Lucas, Alexandre O. Philippe created a masterful documentary on the tormented Star Wars fan.  The irony is that all of this torment was brought on by the man who created this iconic franchise, George Lucas. Why did the originals have to be replaced, and why didn’t George understand the impact?  Were the prequels created more for kids than the fans who grew up fantasizing about the original trilogy? All great questions that have raged on and were captured so well in Alexandre’s movie.

On the heels of the opening for Star Wars: The Force Awakens, we at Tubi TV wanted to bring together the largest collection of experts, critics, and fans to finally bring an end to this epic debate. Truth be told, we probably have a better chance of bringing the Star Wars Holiday Special to Tubi TV (that means zero).  But anyway, we still thought it would be awesome to host a live stream of PvsGL on TubiTV.com and have Alexandre answer your questions about the movie and give some behind-the-scenes insights. And we can talk about where the franchise will go now that JJ Abrams is behind the wheel…

– Is it possible to make everyone happy with Star Wars 7?
– Could George Lucas have restored this franchise ? Is he capable?
– Can Star Wars 7 become the highest-grossing film of the series? How does the hype compare?
– Ewoks to Jar Jar Binks to…?
– Star Wars vs. Star Trek?

We will also have a community of Star Wars experts participating to give their POV about all the Star Wars theories and conspiracies. All of this will happen online (and in San Francisco!) for a no-holds-barred discussion on everything Star Wars and George Lucas!

Please send us your questions that you want to ask Alexandre and the panel now on our Facebook page, on Twitter with #StarWarsChat and @TubiTV, or via email at starwarschat@tubitv.com. Here are the details and we look forward to seeing you in a galaxy far, far away: 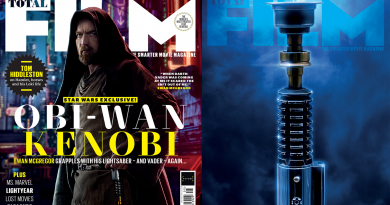 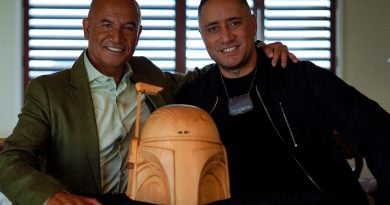 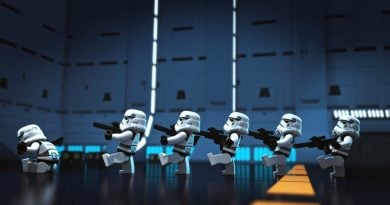 16 Facts About The Freemaker Adventures 1 Week Before the UK Premiere!

79 thoughts on “TubiTV to Host Viewing of The People vs. George Lucas including an online panel debate featuring SWNN’s own Jedi Master Kalu”