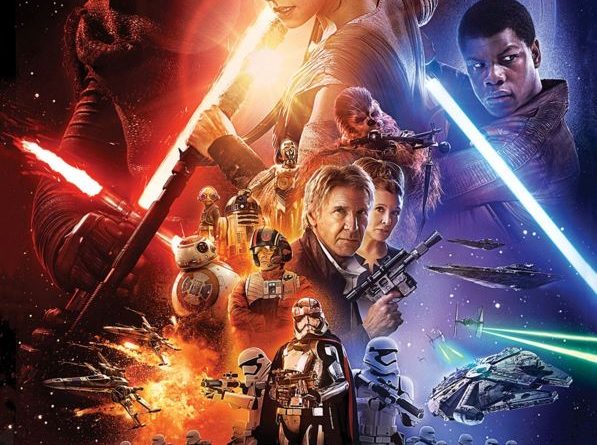 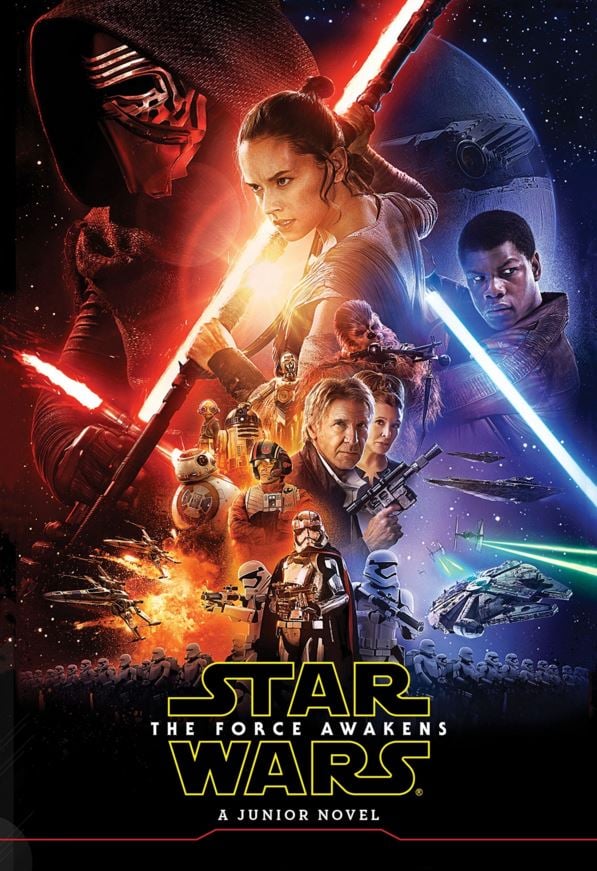 From author Michael Kogge, the writer of the Star Wars Rebels series of books, comes the junior novelization of The Force Awakens, which is based on the film’s screenplay by Lawrence Kasdan & J.J. Abrams and Michael Arndt.  Read on for the full review.

Like many others I’m sure, seeing The Force Awakens on screen was one of the best cinematic experiences of my life.  After my initial overwhelming experience with the film that dished out second by second thrills and some delicious nostalgia, I was excited to take a minute and really digest the events of the film at my own pace through Alan Dean Foster’s adult novelization by Del Rey.  I quickly blew through that one, and after enjoying the many deleted, alternate, and extended scenes that Foster’s fantastic adaptation provided, I was still left wanting more.

Thankfully, Kogge and Lucasfilm Press were there to scratch that itch with the junior novelization of the film.  As with some of the other junior novels in the Star Wars canon, I began reading this book with a lower set of expectations than I had for most of the adult novels.  But after what Greg Rucka and now Michael Kogge have done with these junior novels, my expectations for them are now just as high as the Del Rey books targeted at the adult market. 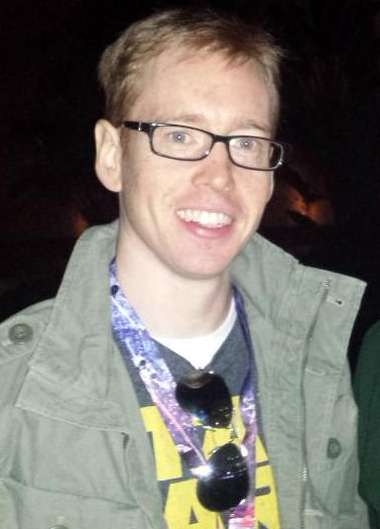 Kogge’s novel, due to its target market of readers age 8-12, is about half the length of Foster’s adaptation and is naturally a much lighter read with less fluff and a more bee line story.  Although it is primarily devoid of the deleted and extended scenes found in Foster’s adaptation – with a few exceptions like the inclusion of the conversation about Vader’s failure between Snoke and Kylo Ren and the speeder chase in the snow at Starkiller Base – the junior novel is very enjoyable for what it is.  The best way to describe the difference between Foster’s and Kogge’s adaptations is to say that when I was reading Foster’s book, I felt like I was reading a book based on a movie (albeit a good one).  When I read Kogge’s junior novel, I felt like I was actually watching the movie, probably due to its fast-paced delivery of the story that mimicked the experience I got from the film.

That description aside, The Force Awakens junior novel turns out to be so much more than a trimmed-down version of the Del Rey novel.  Although there were things that were left out of this book, both from the adult novelization and the film itself to allow for brevity, I found that the clever writing more than made up for its seeming lack of content.  Kogge is able to successfully convey plot and story in a hundred words what Foster did in a thousand.  Some events are even referenced rather than spelled out, and overall I thought Kogge did a great job handling the material and making it accessible to fans of all ages.

I also have no problem handing my seven year old (who is obsessed with reading) this book and letting him go to town.  Although the film’s adult language is very mild, it’s nice to see that Kogge left out every instance of it in his book.  The only remaining line of “PG” dialogue included in the book was even edited to reflect its readership.  Finn’s line after witnessing some fancy flying by Poe on Takodana is translated to “That’s one heckuva pilot!”

That being said, the story is in no way stripped of its heavy emotion and weighty scenes that were in the film.  It’s all there.  Han still dies at the hands of his own son just as he did on screen.  I was actually surprised by this scene as Kogge handled it from a different perspective than Foster and was able to convey possibly even more emotion through words than what I felt from actually watching the movie.

Han’s death is told from his own perspective, describing the feeling of the lightsaber burning through his chest and seeing his life flash before his eyes as his lungs falter and his heart stops beating.  His final thoughts were on his princess, his love, and he resolves to forgive his son and prays that in time his son would forgive him as well.  It was a very gripping scene and I was surprised to read such a vivid and weighty description in the book.  It was very well done indeed.

One of the greatest things about this book is how well it tied in to Before the Awakening and the other junior novels in the Journey to Star Wars: The Force Awakens series.  It is certainly the culmination of those stories and was presented as such.  The book begins with a prologue following the opening crawl text, explaining the history of the galaxy, from the fall of the Old Republic to the rise of the Empire and the Galactic Civil War, and then to the rise of the First Order and the formation of the Resistance.  This is very beneficial to younger readers or casual fans who may not be as in the know in regards to the history of the franchise and the political climate of the current era.

From there, the book actually opens with a new scene, unique to this adaptation, with Finn and his squad getting briefed by Phasma before their mission to the Tuanul village on Jakku.  This scene is intended as a tie in to Before the Awakening as it picks up where that book ended.  Readers get a better understanding of Finn’s future rebellion when he asks Captain Phasma about how they are to avoid possible collateral damage in the village.  Her response, “You don’t,” sets the stage for what’s about to go down planetside and gives readers a closer look at Finn’s motivation for abstaining from violence in the village.

Kogge also makes deliberate references to Before the Awakening that were completely absent from the film or Foster’s novel, like mentioning the names of Finn’s squad mates and Phasma being perplexed at his betrayal, given his excellence in training, his psychological normalcy, and his perceived combat readiness.  Finn’s fellow trooper, FN-2003 (a.k.a. “Slip”) was actually the one that died in his arms on Jakku and left the crimson hand print on his helmet.  Also, Rey’s flight simulator, that she built from various salvaged parts and on which she learned to fly, is also mentioned.

Although the book, along with Foster’s novel is considered official canon there are some noteworthy differences between the adaptation and the final film.  Apart from some minor variations in dialogue, there were some pretty big differences as well.  One of the most notable is Rey’s force vision in Maz’s castle on Takodana.  With both the adult novel and the junior novel being based on the original screenplay, Kogge’s interpretation of Rey’s vision is basically the same as Foster’s which varies from the one in the film in some significant ways.

In the book, Rey actually witnesses the duel between Darth Vader and Luke on Bespin and also sees a mysterious young boy who is given no further explanation.  Later in the vision, she also hears a familiar voice that she has heard before in her dreams promising to come back for her.  Along with these additional elements, the scene from the film with a young Rey on Jakku screaming as the ship flies away is absent from the book version. 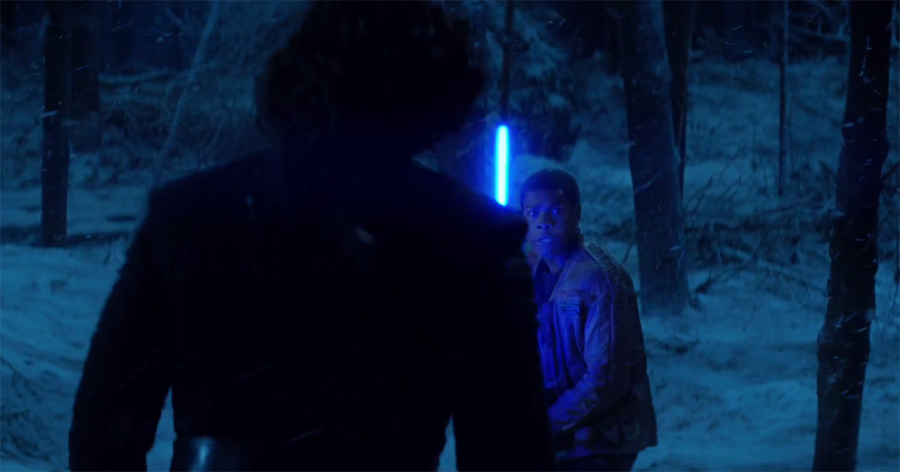 Another big difference is how Finn is wounded by Kylo Ren in the duel at Starkiller base.  In the movie, one of Kylo Ren’s lightsaber quillons cuts into Finn’s shoulder and is followed up soon by a vicious slash across his spine rendering him incapacitated.  In this novel, as well as with the adult novel, the shoulder injury is not mentioned, and Finn is seriously wounded by a slash to the chest.  Likely, this was how it was in the original screenplay, but was changed later during production of the film, perhaps too late to make the change in the novel.

It’s hard to say if this novel would have been as enjoyable without having seen the film and having that has a reference, but I can never read it from that perspective as I can’t unsee the movie.  Regardless, I was definitely able to relive the film in page format through this novel, whether it be from my memory of the film, Kogge’s writing, or perhaps a combination of both.  I enjoyed this book tremendously and look forward to getting the hardcover for my son when it is released on February 16th.

The one criticism I have of the book is that the third act as a whole felt a little rushed.  There was a good deal of set up in the first two acts of the book and the climactic third act seemed to have been crammed into a much tighter space, almost as if Kogge was intentionally trying to fit the story within a set limit of pages.  It was a great read though, and I highly recommend it for those who wish to share the story with a child or those who have read Before the Awakening, as this adaptation is a more natural follow up than the adult novel, which more or less stands on its own in terms of narrative.  The book is available now in the digital format and will be released in February in hardback and paperback. 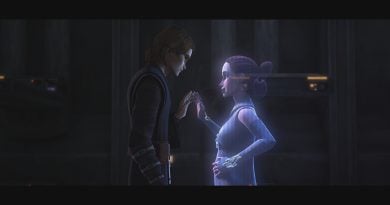 The Clone Wars: Images and Video From Friday’s New Episode “A Distant Echo” 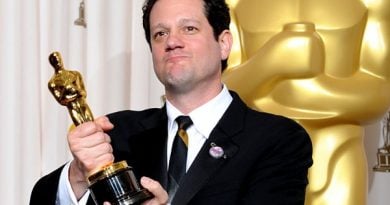 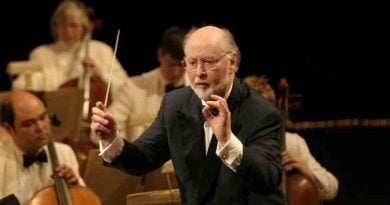 J.J. Abrams Believes John Williams Will Be Back for Episode 7. ILM Considers London for a Star Wars Work.