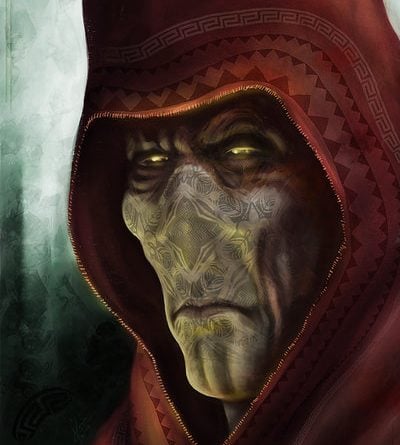 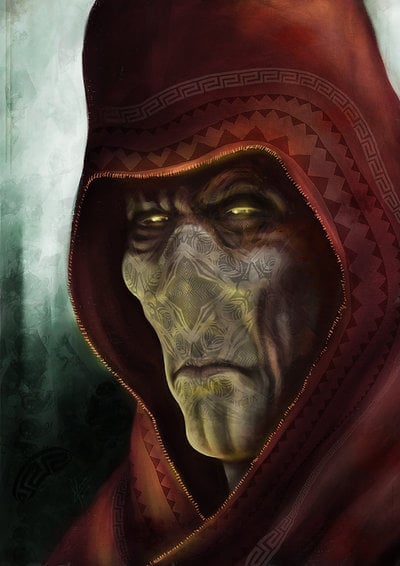 Back in May we published an article speculating whether or not Darth Plagueis could be a potential villain for the Sequel Trilogy. Since that article was released it has sparked a lot of debate and discussion within the StarWars 7 News Blog and Cantina community. In a bit of a departure we’re publishing an article by a member of The Cantina Forum who goes by the handle  “Joe12Hawk” who has done some excellent research that supports the original Darth Plagueis article. Keep in mind I have only edited the article otherwise the piece is original by Joe12Hawk. So without further ado I present the first guest article — Darth Plagueis Revisited . . .

James Luceno had a Question and Answer with TheForce.net Facebook page fans and had this to say when he referenced to the beginning of his novel “Darth Plagueis” which is listed under “Legends” but may just hold the key to what happens in the Sequel Trilogy.

Q: What sparked the idea to begin the book with the scene of the death of Plagueis? Were you trying to connect fans at once to the only part of his story that we’ve heard?

A: I felt that I had to deal with that proverbial elephant in the room. The surprise, if we can call it that, had to be the when rather than the how. 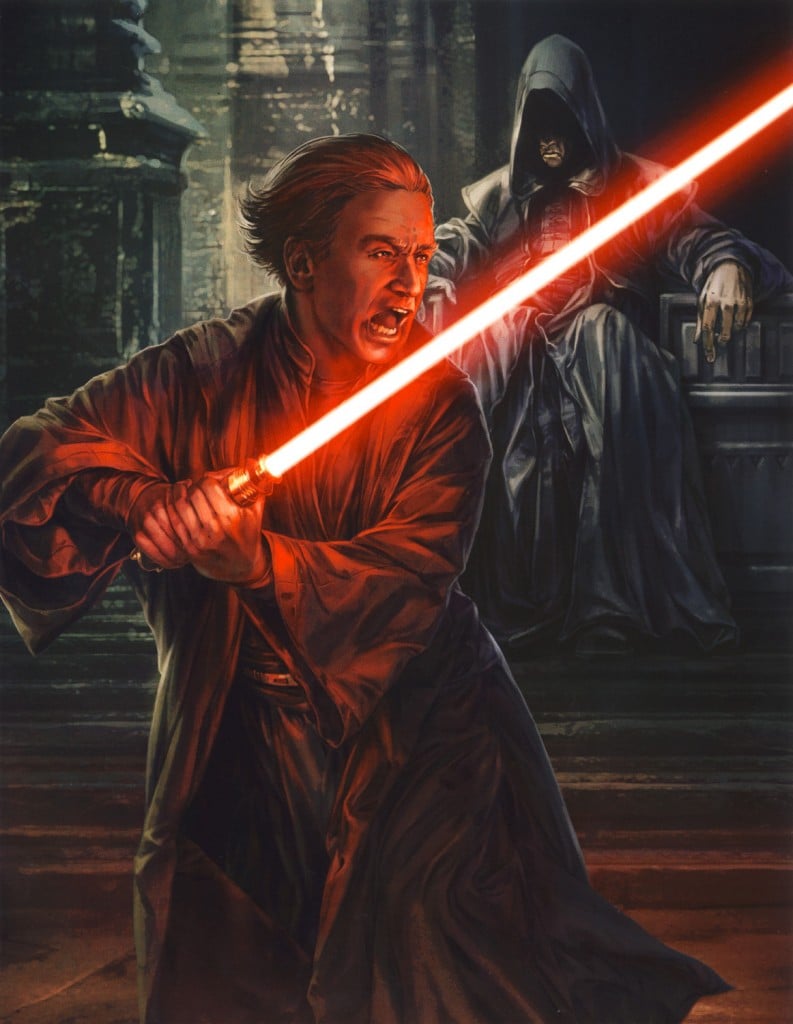 We find the answer to Luceno’s proverbial elephant later in the book . . .

As Plagueis expired, his apprentice experienced a monumental disturbance in the Force, which he interpreted as a shift that anointed him the sole agent of the dark side. But he also experienced a sensation of sadness and loss in the Force. Sidious initially feared that the cause of this unease was a sign that his master’s experiments had succeeded after all, that Plagueis’ spirit had somehow survived earthly destruction, and would return at any moment to exact vengeance on his treacherous apprentice. However, after learning of Darth Maul’s apparent death at the hands of Obi-Wan Kenobi on Naboo, Sidious dismissed his concerns, deciding that this was the true cause of the feeling of loss he experienced.

This leads me to a quote from George Lucas in the ’80’s referencing what the Sequel Trilogy will be about. One plot point of the sequel trilogy that has been incorrectly reported for years derives from a 1980 interview with George Lucas in Bantha Tracks. Lucas was asked what the third Star Wars trilogy was about and he said that “It deals with the character that survives Star Wars III and his adventures.” This quote has led to speculation that a character from the prequel trilogy would be frozen at the end of Episode III, hibernate through the Galactic Civil War & be revived for Episode VII. This leads as well to two set of quotes. One from Revenge of the Sith, Darth Sidious while converting Anakin in his office:

Sidious: “To cheat death is the power only one has achieved but, if we work together I know we can discover the secret.”

And then Yoda to Luke in Return of the Jedi before Yoda passes away: 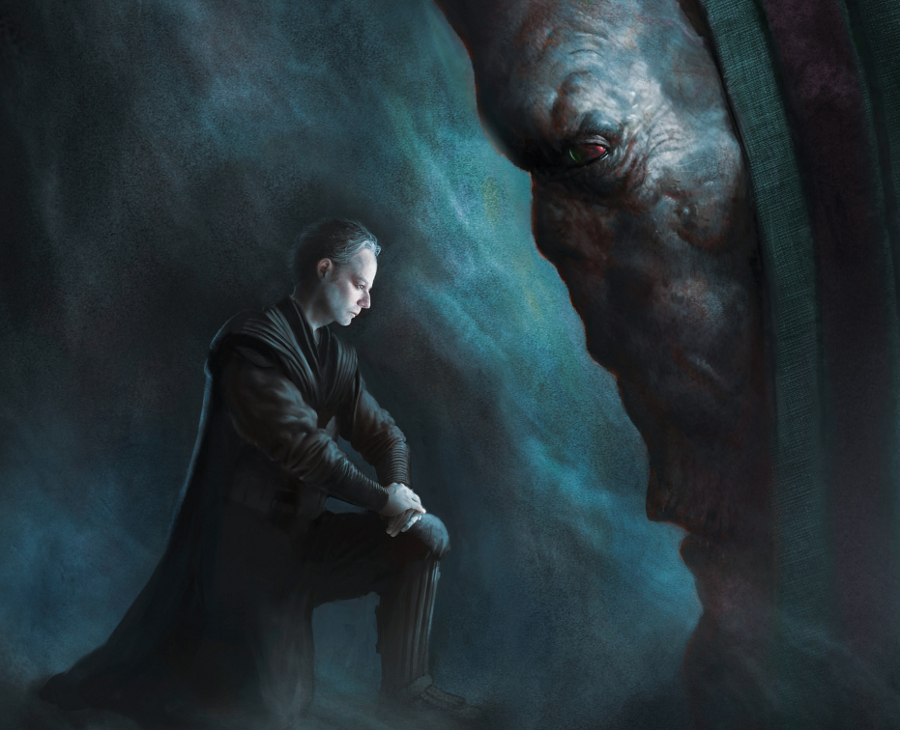 Could the discovery of immortality, especially by a Sith, be what has been rumored “The Ancient Fear?” I believe the first quote refers to how Sidious suspects that Plagueis cheated death and needs Vader’s help to discover the secret if he in fact did because in Attack of the Clones it is made clear that the Jedi are having an even more difficult time seeing the truth, the complex machinations of evil, because of how the dark side is clouding their vision. Yoda makes this clear to Palpatine/Sidious at the beginning of the film. Maybe Sidious suspects that there’s something more going on? But it should also be noted that the same fault that allowed Palpatine/Sidious to implement his long waiting plan — that of arrogance or the complacency of dominance — ironically was the same fault that led to his demise as we’re told by Luke Skywalker, “Your over confidence is your weakness.”

In the last season of The Clone Wars: The Lost Missions there’s an episode dealing with the Banking Clan and how they have secret accounts. It’s made clear that neither of these accounts belong to the Republic or Separatists because the Banking Clan supported both sides. Could Sidious have suspected this and thought it was his old master’s accounts?

The second set of quotes I speculate upon refers to how Yoda may have found out that Plagueis did manage to become strong enough with the Force to cheat death. How could he have found this out?

SPOILERS ahead for those who’ve yet to see Season 6. In the last season of The Clone Wars, Yoda learns of Order 66 and other things through a journey with the Force, through the guidance of . . . Qui-Gon Jinn. Perhaps Qui-Gon communicated with Yoda through the Force. This could explain why it was so important that Luke pass on what he knew because, Yoda knew what was coming and this could end things. Here’s the last scene from The Clone Wars. It leads you to believe Yoda learned things on his journey and may feel there is more to learn:

I referenced earlier how the Darth Plagueis book is listed under “Legends,” but it should be noted that according to Wookieepedia the episodes of The Clone Wars that reference the Banking Clan’s secret account are listed under the Legends Banking Clan page as well even though Disney said they were canon. Disney & Lucasfilm has a big say on what is printed on the site. “It is a fan built version of the Holocron, a database maintained by Lucasfilm to track everything in the Star Wars universe and ensure continuity within it,” according to Wikipedia. There’s also the mention of a Sith Urn under the Legends page, but should be pointed out that the Urn containing Plagueis’ ashes is seen in Revenge of the Sith, if only briefly. Jennifer Heddle of Lucasfilm had this to say about the Plagueis novel, “The story is ‘Legends’ but remember the character Darth Plagueis is mentioned in ROTS and therefore canon.” And at another point discussed the old EU by saying, “It’s all non-canon, but it all exists as a resource that could be used down the line.”

One more curious clue that can’t be overlooked is Starwars.com’s own Database which has absolutely NO reference of the Muun — Plagueis’ species — or Scipo, home of the Banking Clan. It does mention the Banking Clan, but only in accordance to Attack of the Clones and NOT in The Clone Wars, but displays a Clone Wars image. A bit odd . . .

So, what’s in the novel that could be included in the Sequel Trilogy?

2. We are led to believe that Plagueis created a being with the Force, one with a higher midi-chlorian count then any known Jedi . . . Anakin Skywalker.

3. Destroy the Rule of Two.

Among other things these are the most important things. 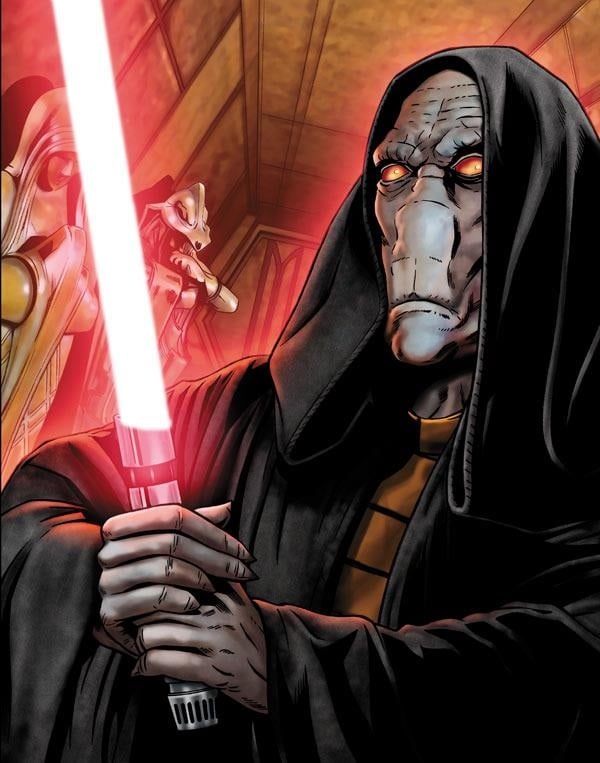 The fair question is, Where would Plagueis have been during the Original Trilogy? Why didn’t he come back sooner if he is indeed alive? I speculate that he was off building his own Sith legion because he knew the Empire would fall and when the time was right he’d return to have his revenge and destroy the New Republic with no Jedi Order to protect it thus taking over the galaxy. Heavy lifting done thanks to Darths Sidious and Vader.

“You must begin by gaining power over yourself; then another; then a group, an order, a world, a species, a group of species . . . finally, the galaxy itself.” – Darth Plagueis

A Species and a group of = Kaminoans

Galaxy itself, returning when the time is right to have your vengeance. 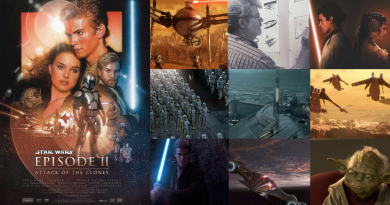 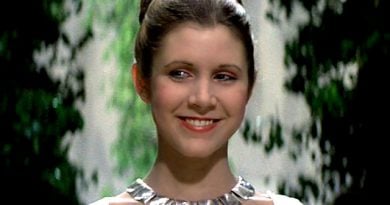 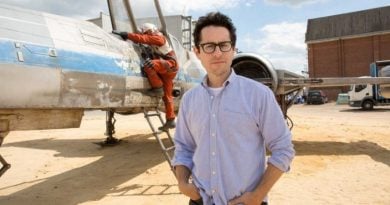