UPDATE! Star Wars Filming to Start on May 13 in Abu Dhabi Desert Under Heavy Security? 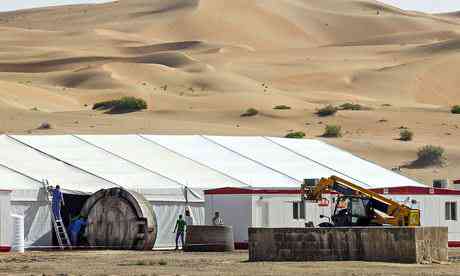 
From The National (via MakingStarWars)

Things seem to be picking up pace around the Star Wars sets in the Abu Dhabi desert, with shooting expected to start on Tuesday and last until at least the end of the month.

Curious day-trippers are likely to be disappointed, however, as our sources report that police and army are checking all vehicles in the area and making sure that anyone who isn’t supposed to be there is sent quickly on their way.

Our sources also report that the sets are getting closer to completion, with a “whole world” having been built on an otherworldly salt lake at one location, a “shuttle-like” spacecraft, a large tower, a “big, centuries-old-looking market”, something the crew are reportedly referring to as the “alien house” and 10 to 15 “really fast buggies” powered by jet engines. 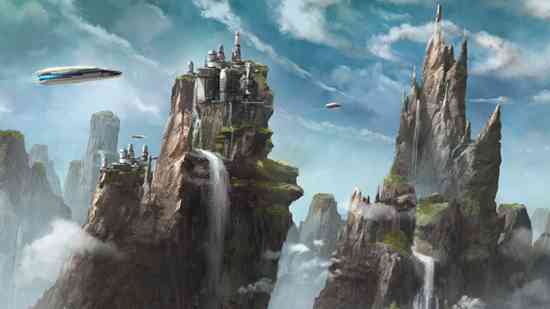 We have also been told that two lorries of explosives have been brought to one of the sites under high security and that a blast crater has been created. So, it looks like the action in Abu Dhabi could be set to feature a major battle or spacecraft crash of some description.

We also learnt that a group of technicians from the United Kingdom and Los Angeles are currently on site applying the finishing touches before the shoot begins and that some, unnamed, members of the cast are already here and have been out in the dunes practising driving the vehicles they’ll be using when filming begins.

With some of the crew already here (a source told us they checked into an Abu Dhabi hotel on Tuesday) and the main shoot expected to last until at least the end of the month (almost three weeks – and possibly longer depending on hitches such as sandstorms delaying shooting), it certainly looks as if Abu Dhabi is set to play a major role in the new movie. Disney’s chairman Alan Horn’s recent remarks that “We did some second-unit work in Abu Dhabi” may have been a slight understatement.

Even more bits about the Abu Dhabi set from 7daysindubai:

Production on the movie is expected to start in Abu Dhabi this month.

And pre-production staff, who have been in the UAE since February, have narrowed their search down to two desert locations close to each other in the Western Region. Both have been marked off with traffic cones to help the rest of the crew locate the sites easily. It is believed the location manager scouted the locations because of their dramatic, high sand dunes.

The entrances to both locations have been locked off by security and the area is protected by fencing. The crew has gone to extraordinary lengths to keep the production secret.

All production staff, and even staff at hotels where the cast and crew will stay, have been asked to sign confidentially agreements so that the story line is not revealed, a source close to the production said. This weekend, the crew were also seen moving a set workshop away from public view and inside the fenced-off perimeter so that nobody could see it.

Several large transport trucks were also spotted moving the set, which is believed to include a spacecraft that lands on the exotic “planet” being created in the Western Region.
The crew had several large white bags of rusted and bent metal parts, which are to be strewn in the desert, possibly to show a space­­craft crash or perhaps a post-apocalyptic civili­sation.

Meanwhile, it’s understood that the Lucas Films has block booked accommodation near the set in anticipation for full production.
And every morning, two police cars arrive at the accommo­dation of the crew already on location and escort them to the site, making sure that they are not followed by media or curious members of the public, using diversionary measures if necessary.

Thanks to unsungtipster for the heads up!