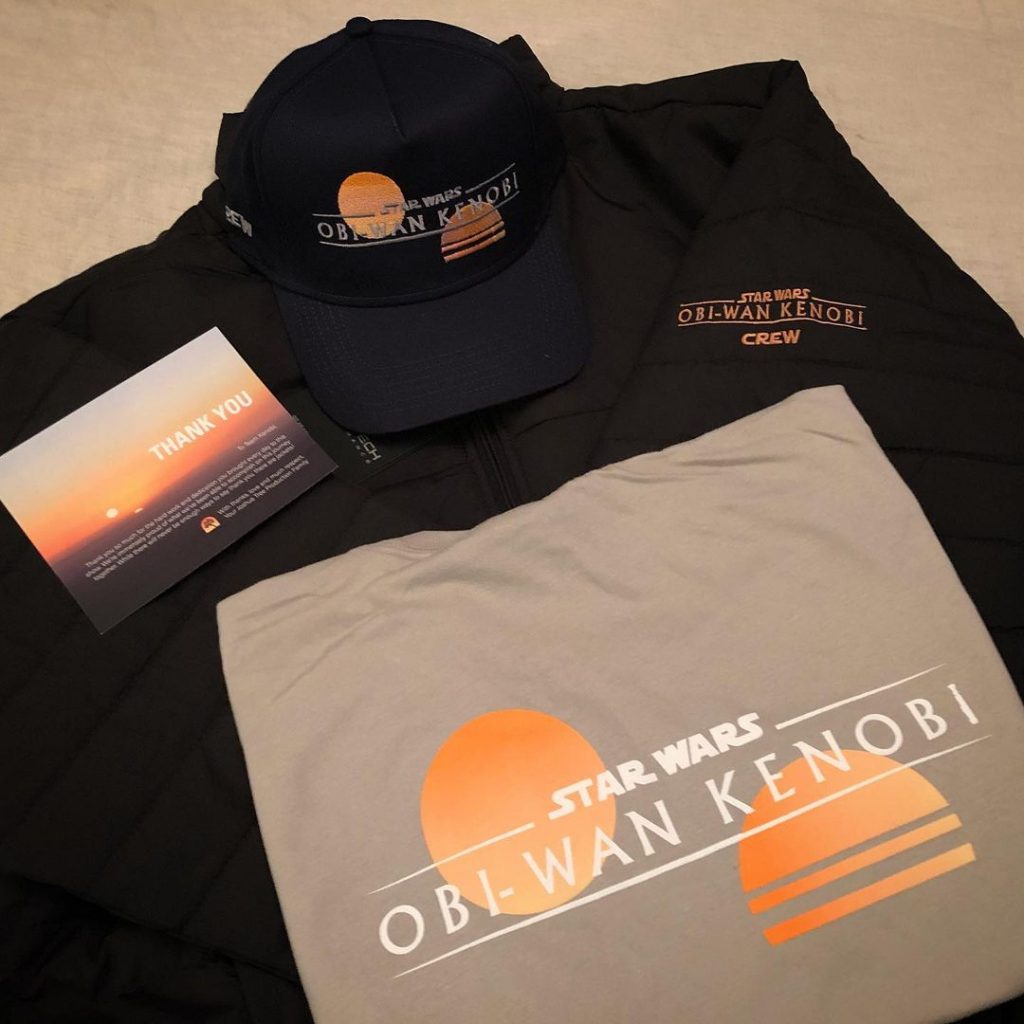 Last week, during the Primetime Emmys Red Carpet, Ewan McGregor confirmed that the Obi-Wan Kenobi show had wrapped filming. Several actors had already announced they were done, but the main ones were reportedly still on set.

Now, Alex Nice, who worked as an illustrator for the show, shared his wrap gifts on social media, which included a thank you note. The card seen in the picture reads:

Thank you so much for the hard work and dedication you brought every day to this show. We’re immensely proud of what we’ve been able to accomplish on the journey together. While there will never be enough ways to say thank you, there are jackets!

With thanks, love, and much respect,

This is not the only picture from a member of the crew we saw last week. On Wednesday, actress Bonnie Piesse (Beru) posted the following picture on her Instagram:

Piesse is back in the Star Wars galaxy playing Aunt Beru, reprising the role from Attack of the Clones and Revenge of the Sith. Also returning from that movie is her on-screen husband, Joel Edgerton as Owen Lars.

Obi-Wan Kenobi will debut exclusively on Disney Plus next year. Hopefully, we’ll have some news on the show during the Disney Plus Day live event, which will happen on November 12. Stay tuned!