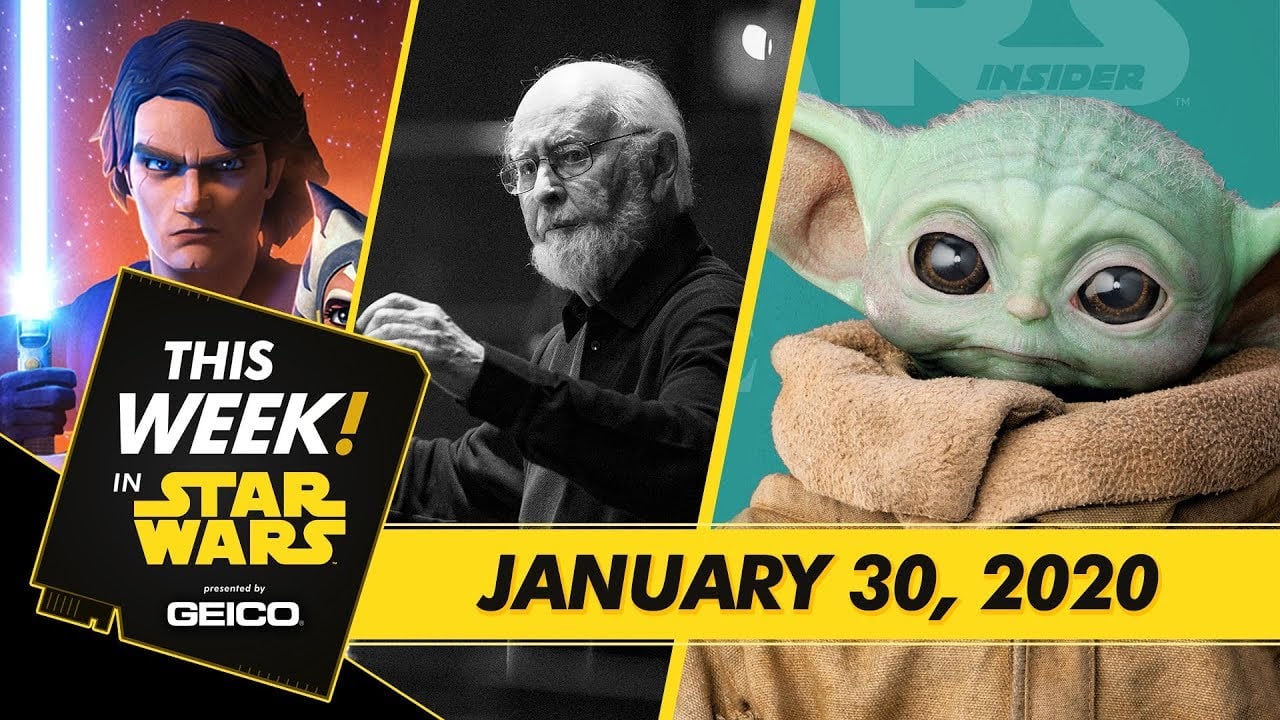 This Week in Star Wars, the new weekly news show debuted yesterday covering all the latest official news from our favorite galaxy far, far away.

Hosted by Kristin Baver, the first edition of This Week in Star Wars features the new trailer for The Clone Wars, the series finale of Resistance, a sneak peak at the upcoming issue of Star Wars Insider, the announcement of Star Wars Nite at Disneyland (the onscreen link taking you to this page on Disneyland’s website), and the news that John Williams has won his 25th Grammy Award for his Galaxy’s Edge Symphonic Suite.

The show also features a look back at important events in Star Wars history. This week in 2008, Lucasfilm introduced the world to Ahsoka Tano.

This Week in Star Wars will post new episodes every Thursday on the Star Wars YouTube channel.