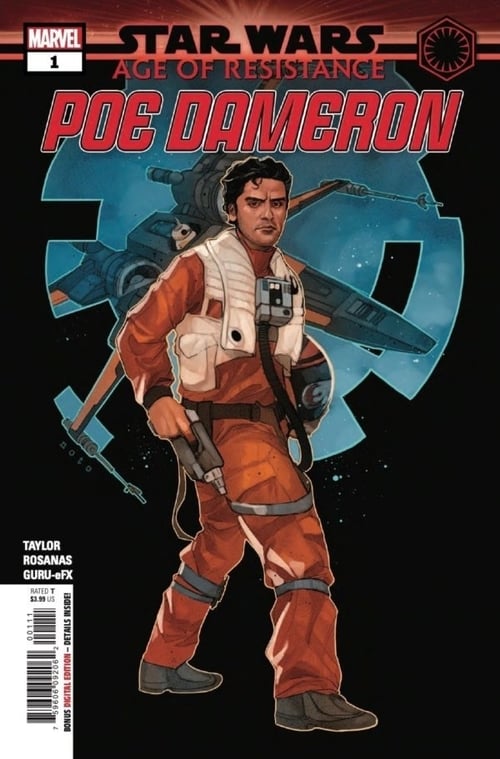 “Fight or Flight” – Poe Dameron was born to fly among the stars. There’s no one better behind the yoke of an X-wing starfighter, and the young pilot is doing his best to help the New Republic maintain peace in the galaxy after the fall of the evil Empire. But does Poe’s destiny truly lie with the Republic…

As the issue opens, we find Poe Dameron on the Brooksdion New Republic Space Station. He is a pilot for the New Republic and the commander of Rapier Squadron. He is enjoying the down time with his colleagues, one of which is Karé Kun, who will later join him in the Black Squadron.

Poe waxes poetic about his place among the stars, his desire to be unlimited and to be challenged. The pilots’ camaraderie is interrupted by an alert calling Rapier Squadron to the hangar bay. There they find out that a robbery has occurred. Someone had sneaked onto the space station to steal the head off of an admiral’s protocol droid. That droid had recorded the admiral’s every conversation in the last five years. Moments later, a civilian ship left the station but did not jump to hyperspace. 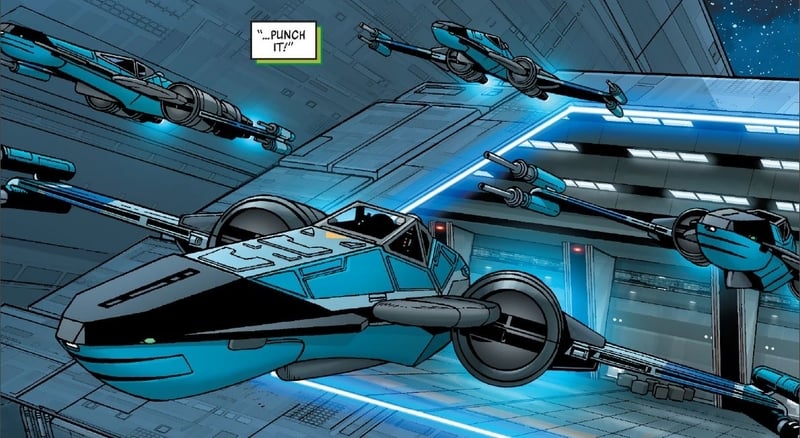 Rapier Squadron jumps into action and discovers the ship hiding beneath the station. The ship tries to escape, but Poe destroys its hyperdrive. Poe hails the ship and in a turnabout of Poe’s call to Hux years later, it’s the young pilot who is object of a joke. The person speaking from the civilian ship stalls him long enough to attempt running away. 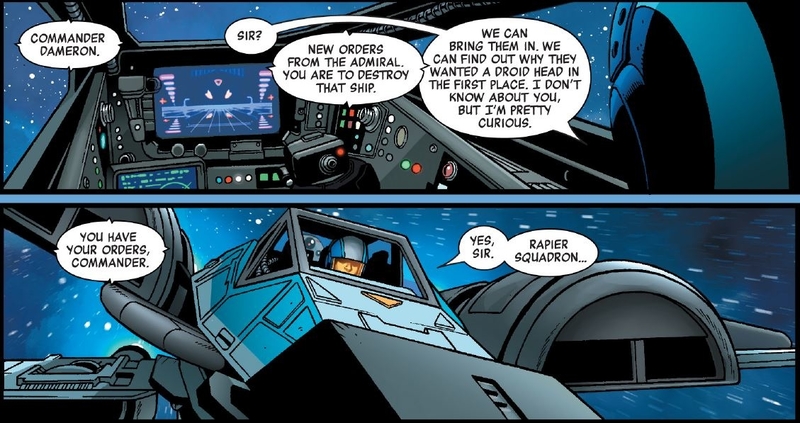 Rapier Squadron follows, and they soon get new orders from the admiral – to destroy the ship. And although Poe claims he can take the ship back, there is no discussion with the command. Poe orders his squad to fire, but the civilian ship proves to have an exceptional pilot. They evade the X-wing fire and fly straight for the Lost Souls asteroid field. Poe tells his team to pull up, but he and BB-8 follow the renegade ship. Immediately, they are almost squashed by a gigantic meteor that BB-8’s sensors missed.

Before Poe can even react they are faced with giant space worm, but are saved by a mysterious ship. The person communicating with Poe tells him to follow them.

That person is surprised when he actually manages to follow them claiming they have one of the best pilots in the galaxy under their command, They are not out of danger yet. In addition to the worms and asteroids, there are other defenses that were placed in the asteroid field during the Clone Wars to protect something in the center. The speaker commanded a crew to take it.

The defenses they were speaking about are automated mines that explode on impact. The entire swarm of them are flying towards the two ships. 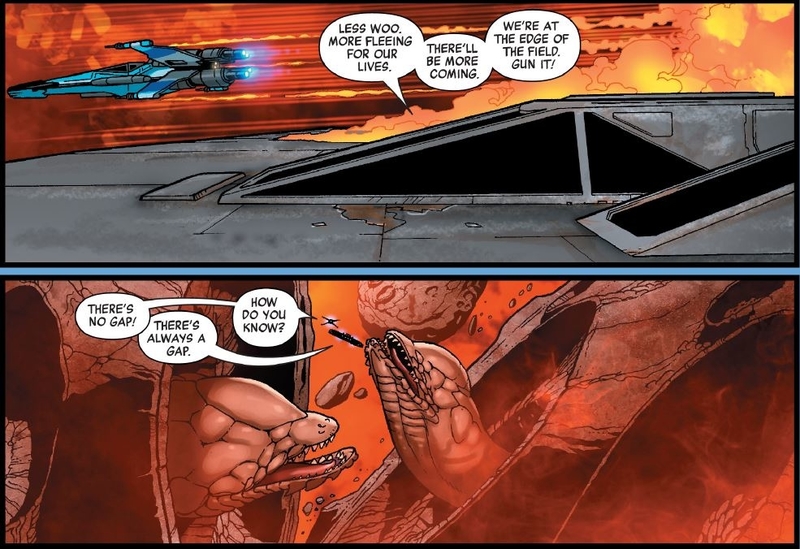 The speaker verbally leads Poe through the escape: first from the mines and then from the space slugs. When both ships are in the clear, the renegade ship shoots at Poe and damages his X-wing. His communication would work outside of the field and his people would be able to find him, but he cannot chase them any longer. Poe asks why they stole the droid’s head. He is told that something evil is growing in the galaxy as well as resistance against it, while the New Republic wasn’t doing anything. The speaker warns him that people afraid of words getting out are people with something to hide (which is why the squadron was ordered to destroy them).

The ship will be able to escape since the ship’s crew repaired the hyperdrive. As the ship leaves Poe to drift in space waiting for his friends, we see that the ship’s pilot is indeed one of the best in the galaxy: Nien Numb. And the speaker, holding the stolen droid’s head is Vice Admiral Holdo. Poe Dameron just had his first encounter with the Resistance.

I won’t lie, I like these little interconnected stories, but mainly because of the things they tell us about the characters. In this issue, we learn that there was a time when Poe was much less arrogant and opened to lessons. And we also learn that Holdo’s service to the Resistance was much longer and more dangerous than what her sole movie appearance might show. And, of course, something is rotten in the New Republic, quelle surprise. What I don‘t like about these stories is how small they make galaxy seem. People live in the same fairly large city their whole life and they never meet. But in the galaxy with trillions stars, three major players in our big picture story meet by accident. There is only so much suspension of disbelief to go around.

Also, the large space creatures have been part of Star Wars since The Empire Strikes Back, but lately they appear in almost every Star Wars incarnation. If it has tentacles, it must be in Star Wars. It would be nice to see some variety. It can‘t be that bad, we survived the puffer pigs.

If there is a highlight of this issue, it was the space battles and ship action through the asteroid field which were beautifully enhanced by Guru e-FX’s colors. The issue had a nice flow, but that is pretty much it. It gives you a few more details about the characters, but it will not shatter the ground you walk on. We still have two more issues to go, but I can say that among the Age of… comics, Age of Republic was the most satisfying, while Age of Resistance made a bigger impact overall than Age of the Republic. Before we get to Snoke and Kylo…