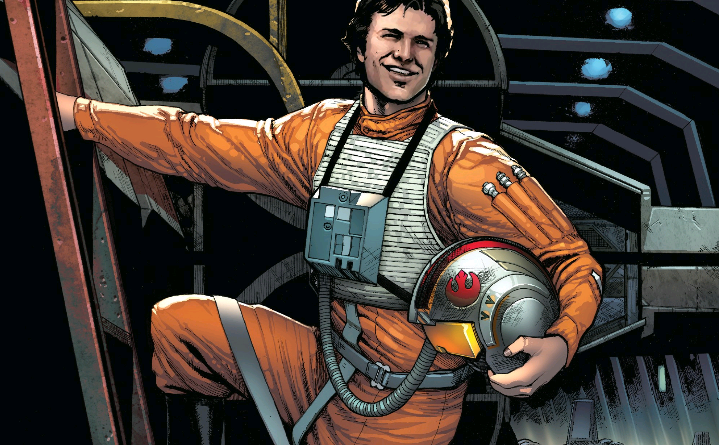 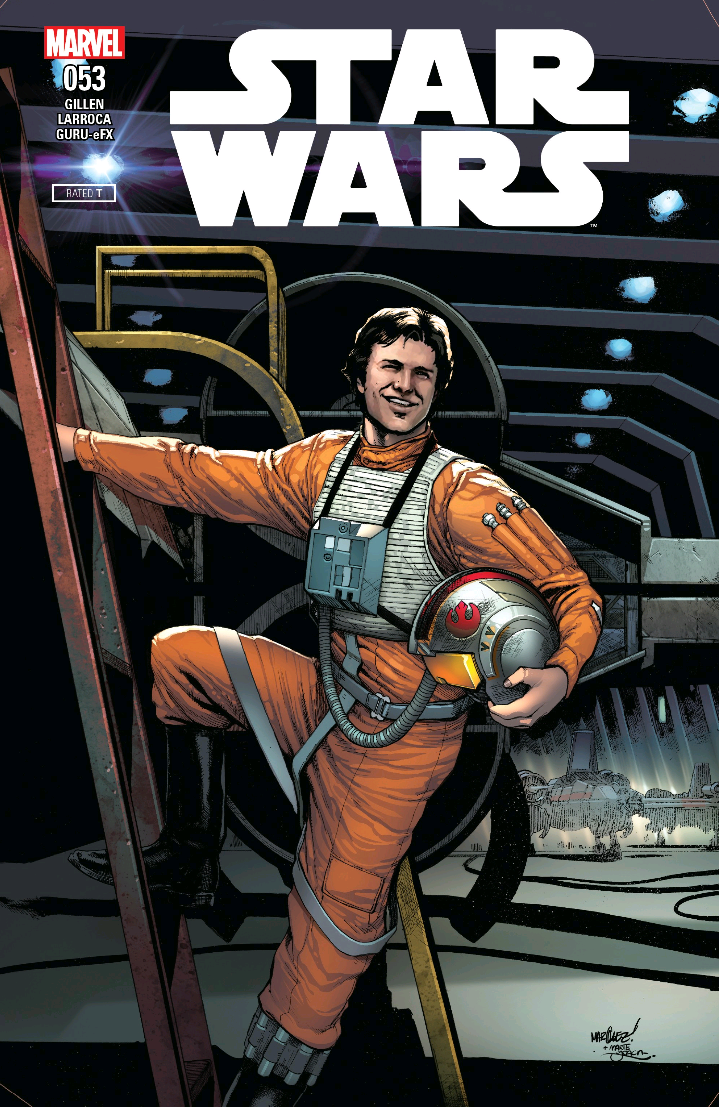 Gillen, Larroca, and Guru-eFX deliver one of their best collaborations to date with Star Wars #53, hitting comic shelves today. In the latest issue of the series, the rebels are still reeling from Queen Trios’ betrayal and sabotage as they struggle to salvage what they can of their ever-dwindling fleet. Luke and his newly-dubbed “Rogue” Squadron try to hold off the Imperial onslaught, Han and Chewie look for safe harbor for the damaged Falcon, and Leia hatches a plan to bring the fleet back online. Spoilers ahead… 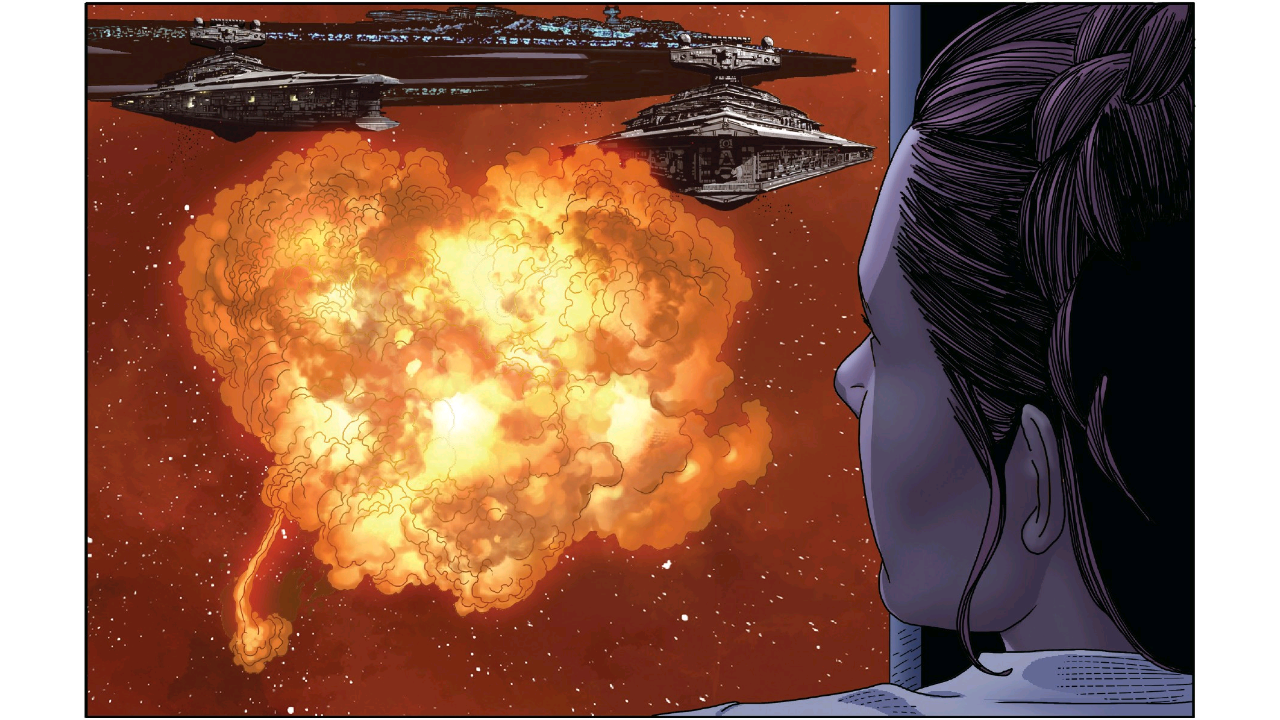 I’ll cut to the chase. This was one of the most exciting Star Wars comics in recent memory for me, and the creators were on the top of their game from panel to panel. I’ve been hard on Larroca’s work in the past, but he really does a stellar job across the board in this issue, and “Guru”-eFX really earn their name with the brilliant coloring from page to page. Everything just comes together so well here, including Gillen’s perfect pacing and page-turning storytelling. 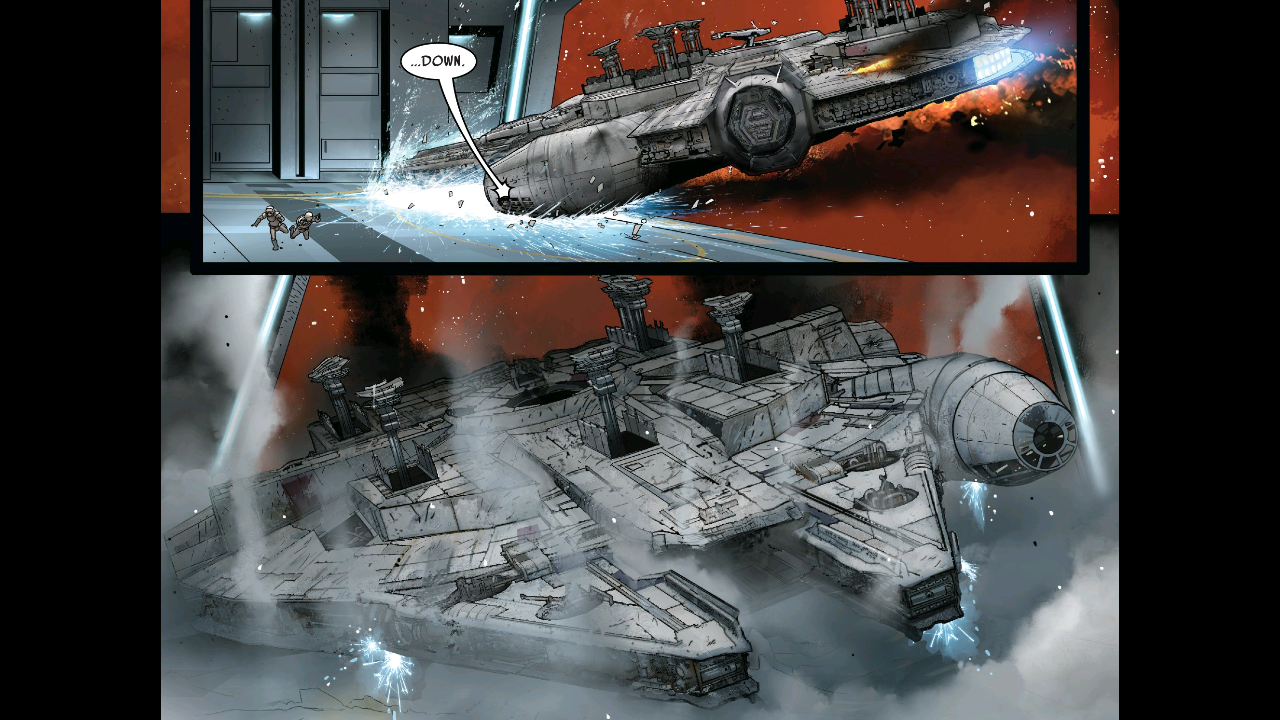 With the majority of the rebel fleet’s systems and comms down, the rebels are basically sitting ducks waiting to be picked apart ship by ship under the Imperial ambush. Vader continues to wreak havoc on the Rebellion, and he sets his sights on the Falcon once again, causing Han and Chewie to make an inverted emergency landing in the launch bay of a nearby cruiser. Han looks for another ship so he can get back into space and rejoin the fight. 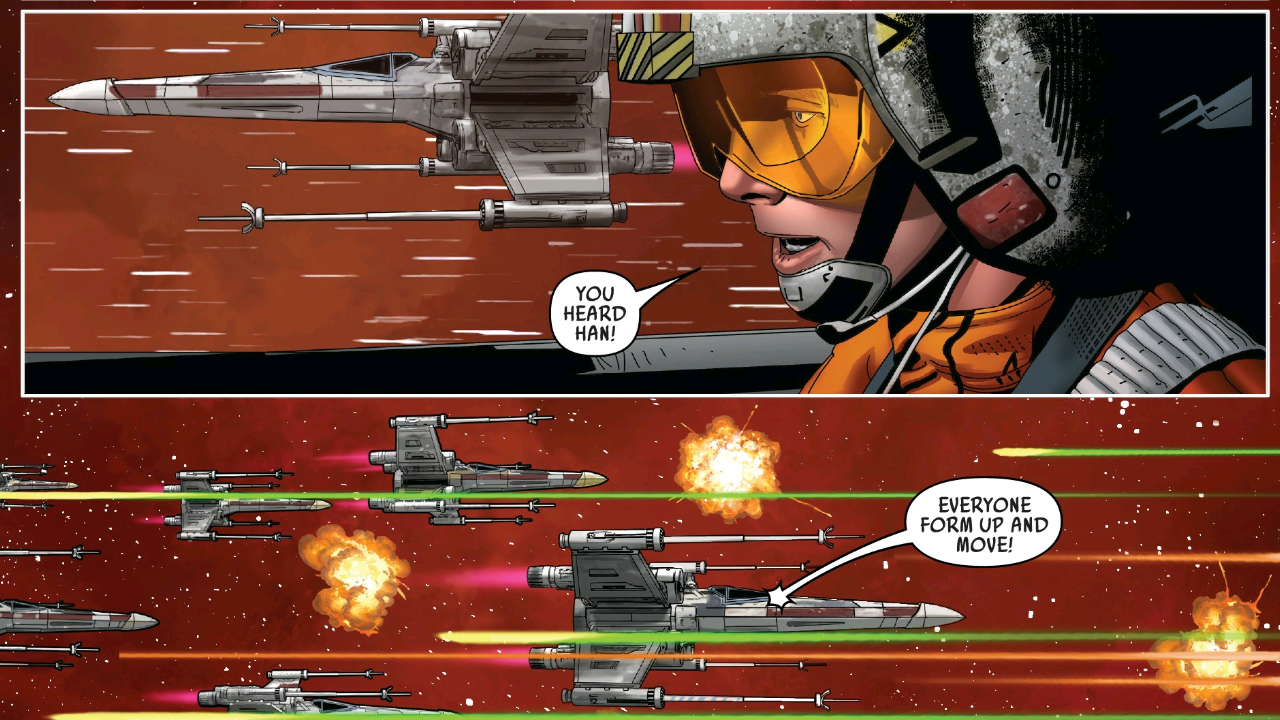 At Han’s suggestion, Luke brings his squadron in close to the capital ships, which proves to be a successful strategy as the larger ships won’t fire on the fighters with their own ships at risk. The ploy gives Luke’s team some breathing room as he attempts to send a message to Ackbar and Hera about their ability to launch their own fighters using the bay door proximity failsafe that unknowingly remained intact after Trios’ sabotage. 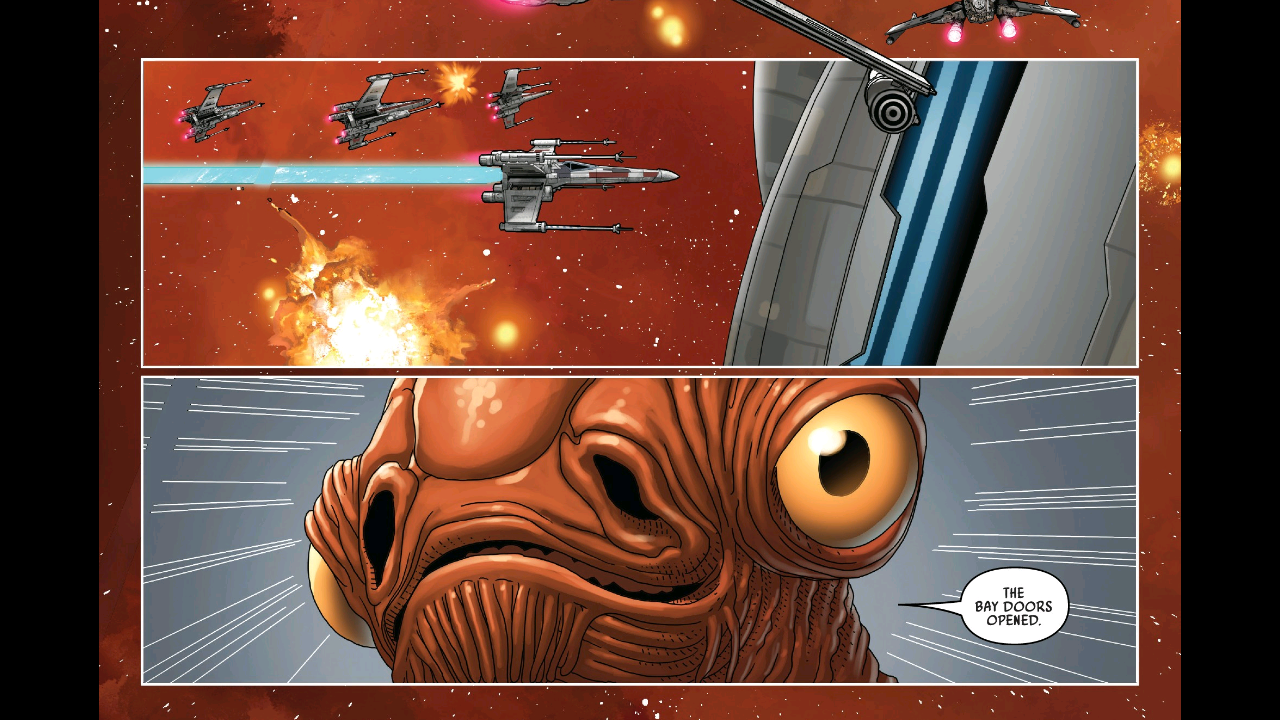 Meanwhile, Leia and General Draven struggle to bring the fleet back online from the rebel base. Their spirits are temporarily lifted when they find that systems can be restored with an override code. However, their hopes quickly fade when they discover the location of the code – on board Vader’s own ship – the Executor. 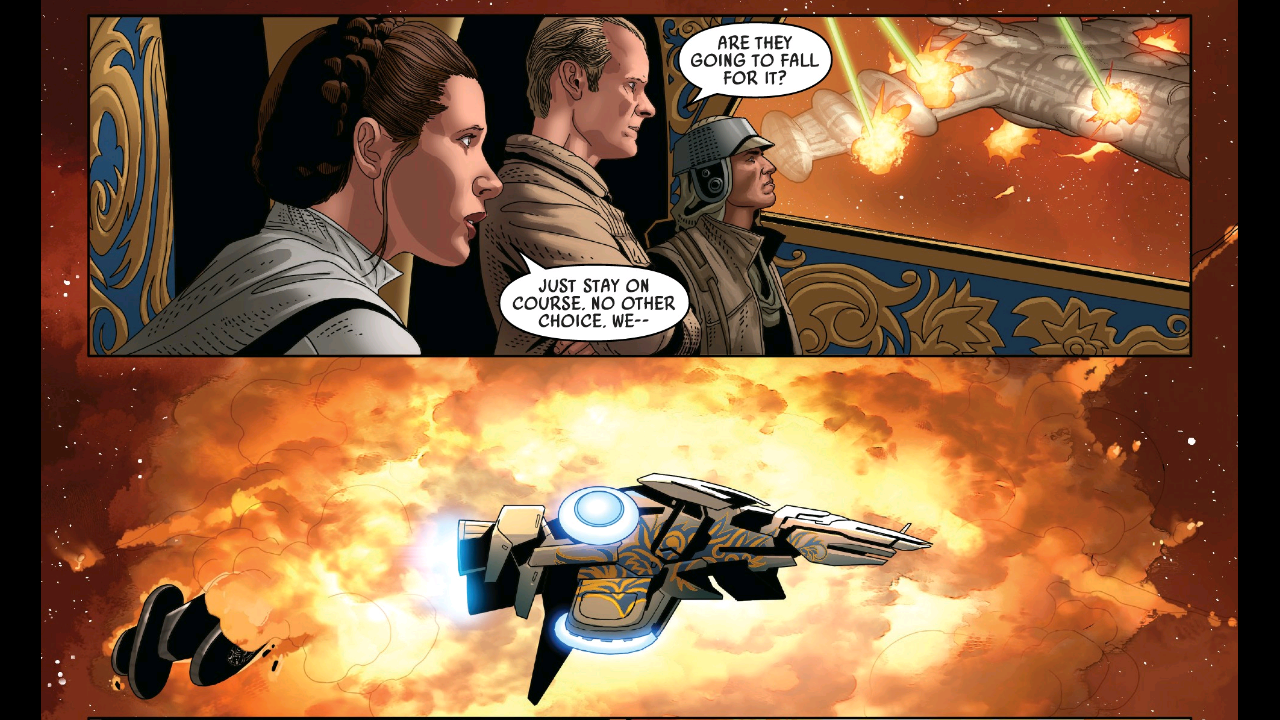 With Trios having fled in an escape pod, Leia comes up with a plan to impersonate the queen by commandeering the shuttle she left behind and attempting to land on the Executor. She is accompanied by Draven and his special forces unit, and all goes according to plan – that is – until Vader shows up to meet with the “queen” personally. 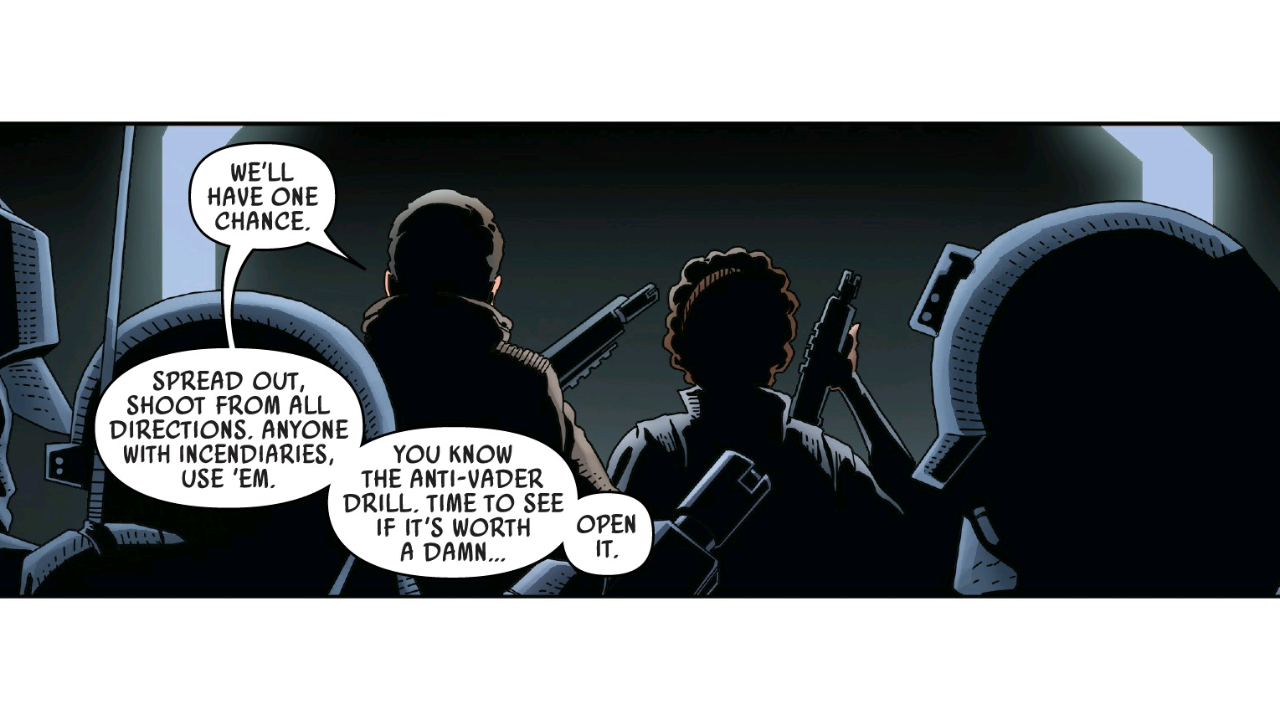 We’ll have to wait until the next issue to see how Leia’s mission turns out, but things are certainly not looking up with the arrival of the Sith Lord. Hopefully, the “Anti-Vader drill” that his special forces team have practiced will prove its value, but to be honest, I’m not getting my hopes up. Right now, I have to say that I definitely have a bad feeling about this. I know Leia will make it out alive obviously, but I don’t have that same confidence for Draven and his men. Is there really any kind of tactic that would prove successful against the Dark Lord? My intuition is telling me “no”, but we’ll see. 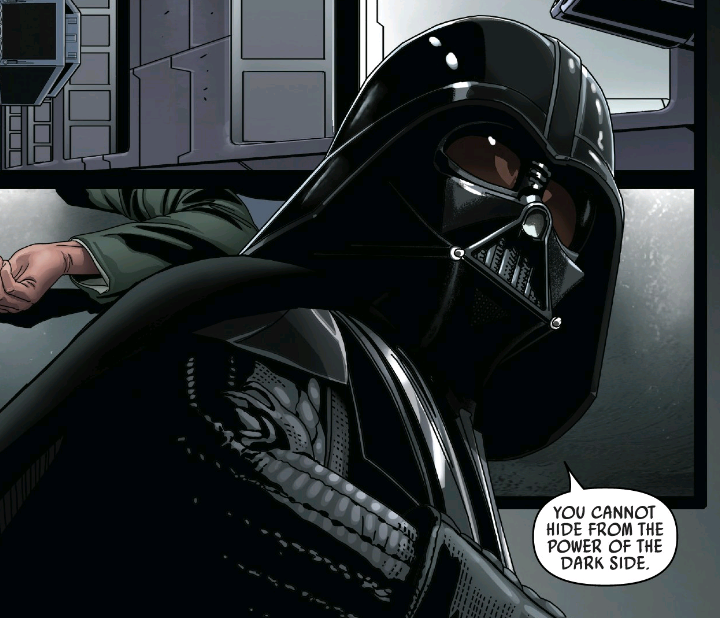 Star Wars #53 is available now in a comic shop near you or online a Comixology. Happy reading comic fans! 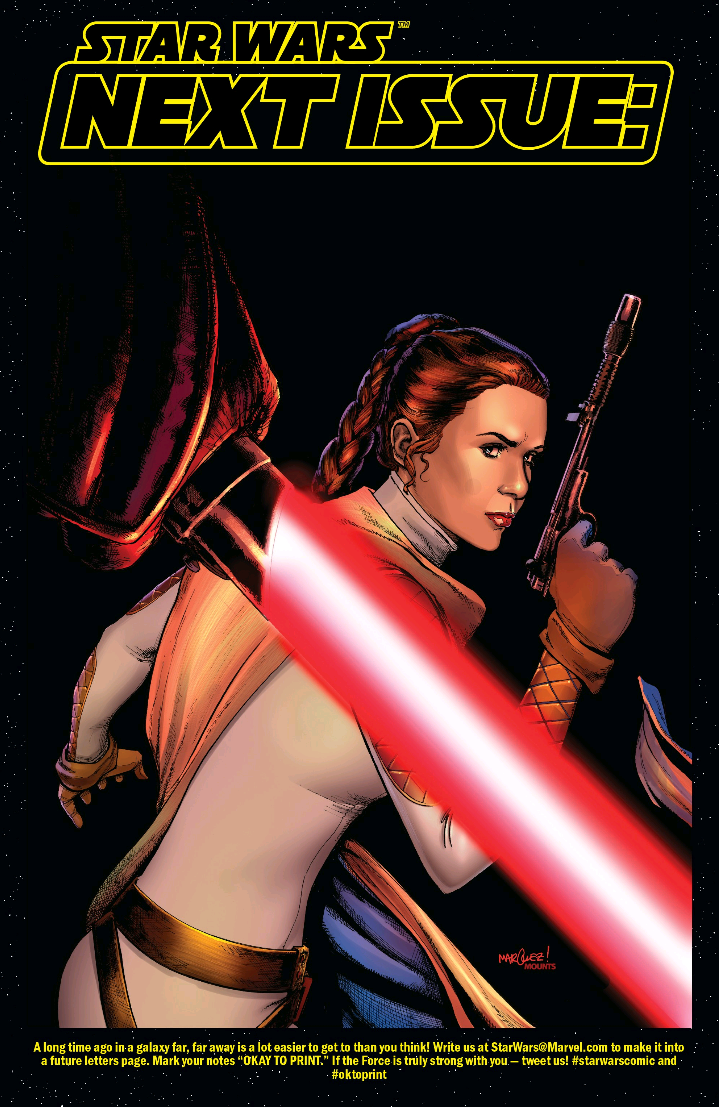 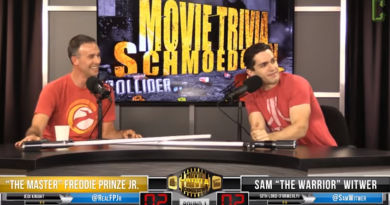 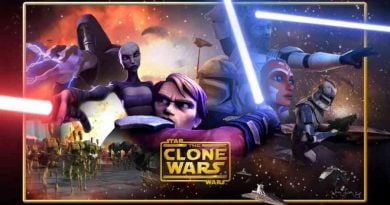 Guest Editorial: My Journey With ‘The Clone Wars’ as a Classic Star Wars Original Trilogy Fan 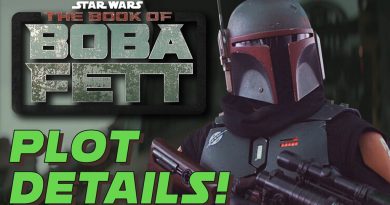