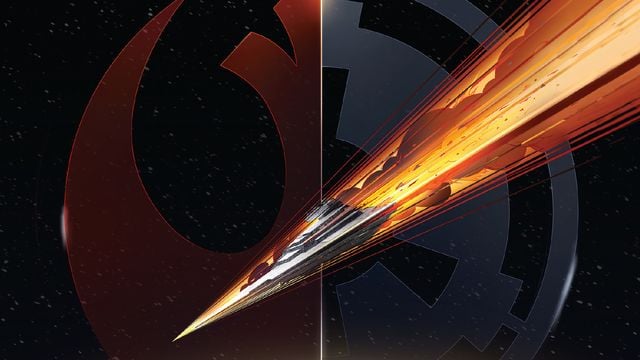 A fan animator has taken a crack at animating the storyboards for a rejected introduction idea for Star Wars: The Force Awakens. (Don’t worry, it’s not the terrible idea with Luke’s disembodied, decayed hand holding a lightsaber in space.)

Animator Tim Gray saw some storyboards for the 2015 mega-hit, and took a crack at animating what it might have looked like. In this sequence, we see Jakku live up to its reputation as being a junkyard planet by means of seeing some light vessels use tractor beams to drag a Star Destroyer into its orbit, before said ship inevitably gets drawn into the atmosphere and crashes into the desert, directly segueing into the sequence where we first meet Rey as she plunders the vessel. All of this is set to the score of The Last Jedi, which comes together for a cool animatic sequence.

While I like this idea a lot, I find the more active introduction to the movie to be a much better way to draw audiences back into the Galaxy Far, Far Away on film for the first time in a decade. In addition, for a movie plagued by fan comparisons to A New Hope (many of which I believe are unfair), deliberately modeling the introduction after the franchise’s original opening sequence seems like a way that would have put blood in the water. Not to mention that the idea of Jakku’s supply of crashed ships from the age of the Rebel Alliance and the Galactic Empire coming from some massive, cataclysmic battle that we never saw is more intriguing an idea than “a destroyed ship is dropped into the place where destroyed ships go to die”.