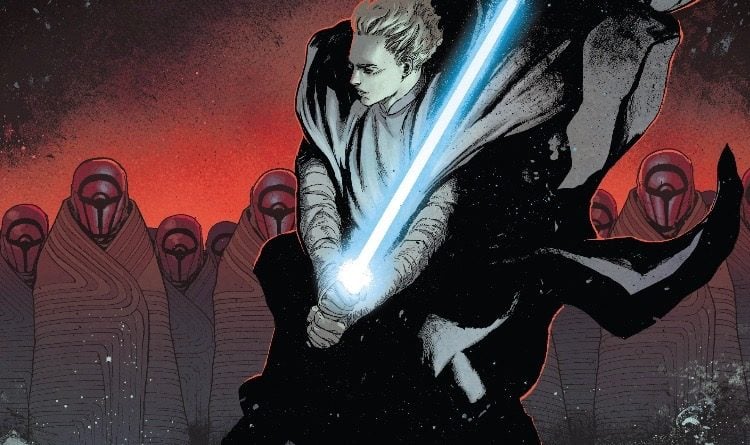 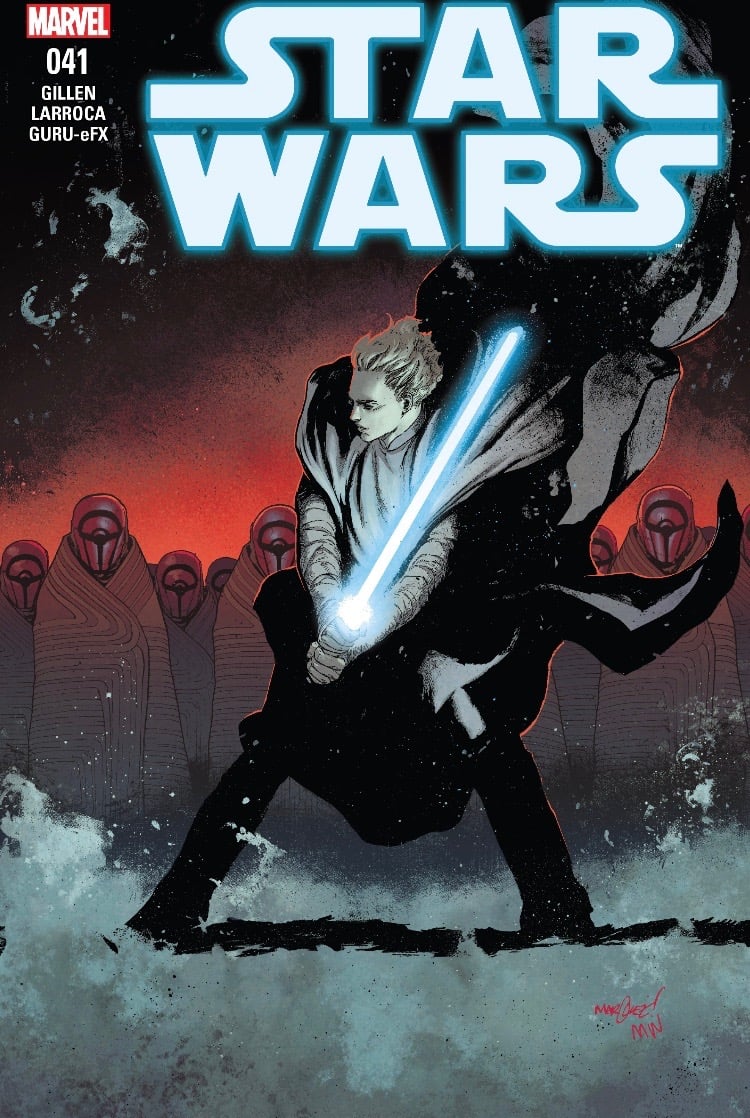 Back to Jedha in this rollercoaster ride writer Kieron Gillen has us Star Wars comics fan. I’d like to say “rollercoaster” in the sense of adventurous and surprising, but unfortunately I’m referring to the quality of the issues. The good news is this issue is a step up for the previous train wreck #40. SPOILERS AHEAD…. 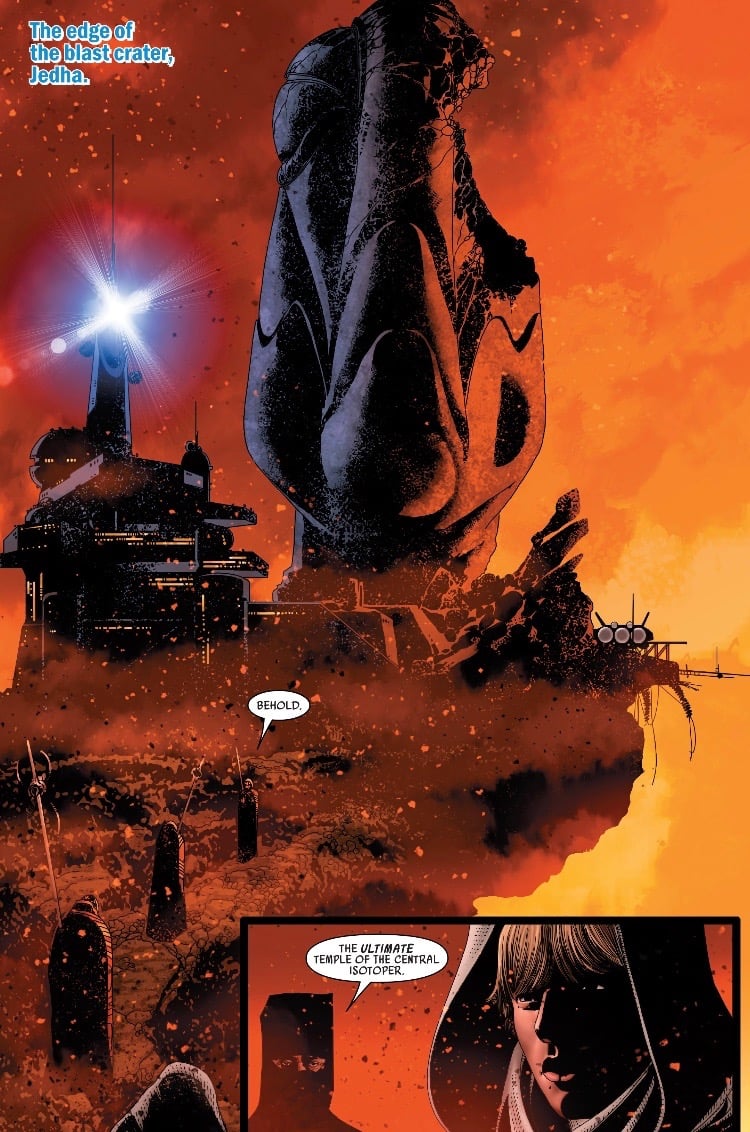 When we last left Luke and his new guide to the ways of the Force, aspiring disciple Chulco Gi, were being lead by the mysterious Cult of the Central Isopter. As a refresher, remember these folks worship death and often flock to wherever they can observe it. They have taken Luke and Chulco to their temple. It’s implied this is the exact spot where the Death Star’s laser hit Jedha’s surface. Luke is feeling all sorts of bad vibrations in the Force, but the cult and Chulco assure him this will be something of a learning experience for him. Just as he’s starting to shake off the disturbance he feels, he sees something very large descending in the distance. 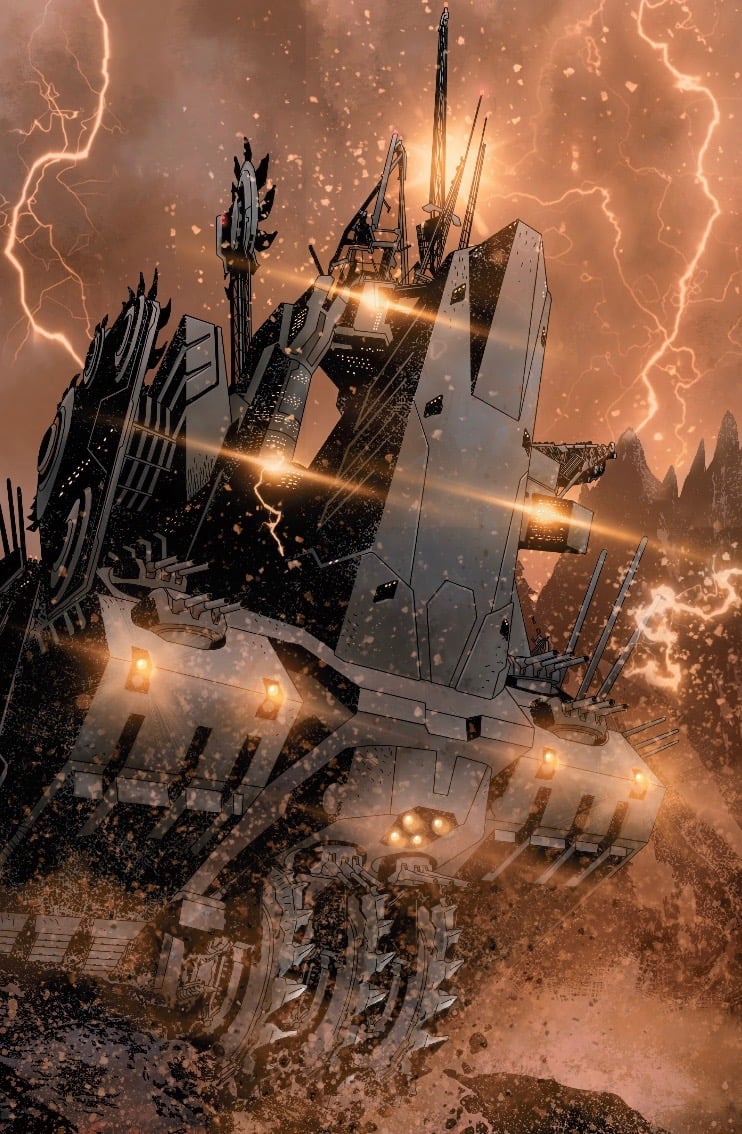 What Luke sees is Queen Trios’ planet miner. It’s a ship so big and powerful that when she launched it she wasn’t even sure if it would be able to break Jedha’s gravity to return to Shu-Torun. This ship is on Jedha to pillage what little is left of the kyber crystals for the Empire. Leia, Han, and the Partisans are the only ones that can stop it.

Han gets a look at the monstrosity and is pretty discouraged. Benthic assures him that despite the cautious approach Rebels would usually take when planning their attack is not how the Partisans get things done. Ubin is already on it, whether it’s a suicide mission or not.

Back to the Cult of the Isopter. The cult lets Luke know the knowledge they seek is a moving target. The cult reconciles death as it’s the culmination of life’s events. Here, they point out that death is what sent Luke on his journey to learn more about the Force. They don’t claim to have any lesson to teach him and tell him staring into the abyss below him will present him a chance to understand life. This is some really interesting stuff. As mortals, we humans are constantly trying to understand life and the meaning of it, where these people try to look at death as an equally important event that helps teach the living. The cult doesn’t pretend to know what happens after death, only that if they observe it they may better understand life. At this point, it isn’t presented as touching the dark side, more of looking at the darkness, but Luke doesn’t like it and it feels wrong to him. Chulco encourages Luke to take whatever knowledge he can get about the Force.

In case you forgot, Ubin was once Rebel Special Forces, and she defected to the Partisans because she felt the conventions of war the Alliance adhered to hindered their fight against the Empire. Ubin is also a badass – and in my opinion, seriously underused in this arc – leading the charge against a ship even Han Solo was nervous to attack. The ship Ubin flies against the mining vessel doesn’t fare well. It’s shot down as the fight starts, and although Ubin manages to attach a bomb to the mining vessel, the blast does no damage. Jedha is in trouble.

Fortunately for Ubin, Han and Leia are not too far behind in a speeder. They manage to fly through the storm of rock and blaster fire to give Ubin’s ship a much needed tow out of the wreckage. My complaint from Star Wars #40 about Salvador Larroca’s art has not changed with this issue. These action scenes are still very claustrophobic when they should be grand and epic. It makes the action very hard to follow, as the frame above looks like Leia and Han could pretty much be towing anything. I’m not claiming to be an artist myself and I know it’s easier to critique than to do, but I think this series could use a different artist. That’s all and I promise I won’t keep bashing on Mr. Larroca. Just my opinion.

Ubin went all in when she planted that explosive on the mining vessel, live or die. Han’s not very happy that Ubin turned her attack run into a suicide mission. It’s great spin on one of my favorite moments from The Last Jedi…fighting for the things you love. Instead, Han explains there’s nothing to fight for if by the end of this war they’re all dead. Ubin’s courage and skills are assets not only to the Rebellion’s fight against the Empire, but once they win, they’ll need people of her caliber.

Luke is still feeling uncomfortable by staring into the abyss, but doesn’t feel like it’s affected him or given him any better understanding of the Force. Chulco, on the other hand, is feeling it. The dark side has shown up and it consumes Chulco, as he’s opened himself up as a sort of receiver, and it’s consumed him. He attacks Luke with that gnarly looking blade and gets a lightsaber in return. Once he’s disarmed, Chulco returns to his normal self and tells Luke to stay away from the abyss. Chulco didn’t expect the dark side to consume him as quickly as it did. The Cult of Isopter proved that there is a lesson to be learned in death. Luke learns he needs to be patient in his search for the Force and recognizes he’s been walking dangerously close to the unknown. He also remembers the sense of duty Leia scolded him for ignoring in the previous issue when he ran off with Chulco. I think in these books we’ll be seeing a different Luke, more of the military officer than the aspiring Jedi.

That’s the parting message the Cult of Isopter pass on to Luke, and just in time. Chewbacca has returned to the fight and is met with a trigger-happy TIE Fighter. Luke takes out the TIE Fighter and manages to bring Chewbacca back to the surface of Jedha. He’s in possession of something…a Shu-Torun secret. 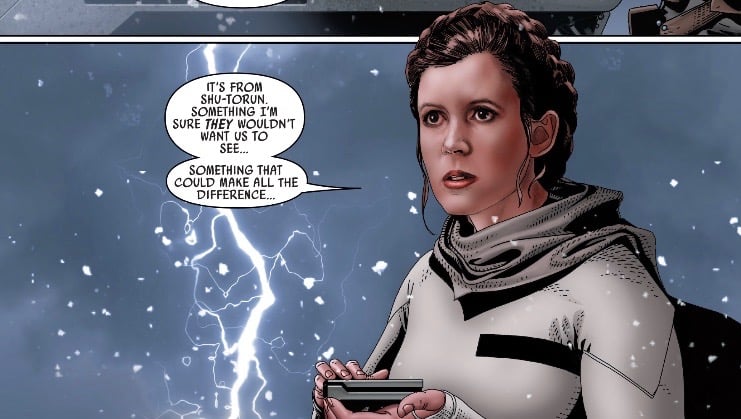 I’m curious. Sounds like it’s something much bigger than an exhaust port that leads to the mining vessel’s main reactor. My money is still on Queen Trios turning against the Empire at the last second. The next issue should be interesting.

As I mentioned earlier, I enjoyed this issue much more than the previous one. I’m happy that we may get more of “soldier Luke”. The titular series so far has pretty much exclusively focused on Luke getting himself into trouble while searching for knowledge about the Force. It’d be nice to see more of what made him such a legendary part of the Rebel Alliance, other than the fact he was the last Jedi. I’m keeping my fingers crossed for Ubin, as I’d love to see her become more of a regular in these comics.

Speaking of regulars…where the hell is Sana Starros? She was mentioned in the crawl of the first issue, as if she was with the three heroes, and I’ve yet to see her. I hope that wasn’t sloppy editing, as her presence seems much needed in this dire situation. Let’s get Sana back in the game! 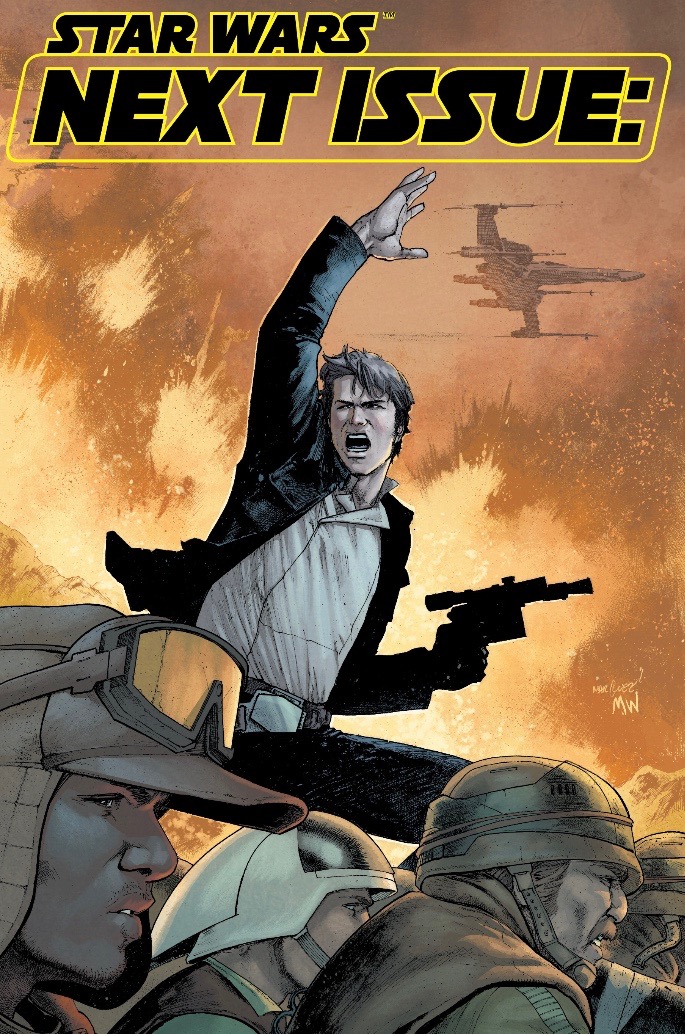 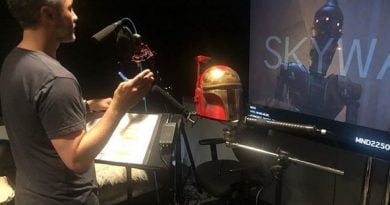 Jon Favreau Shares New Behind the Scenes Image from The Mandalorian 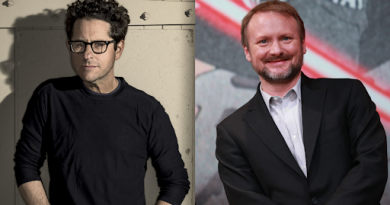 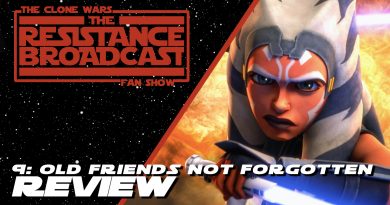