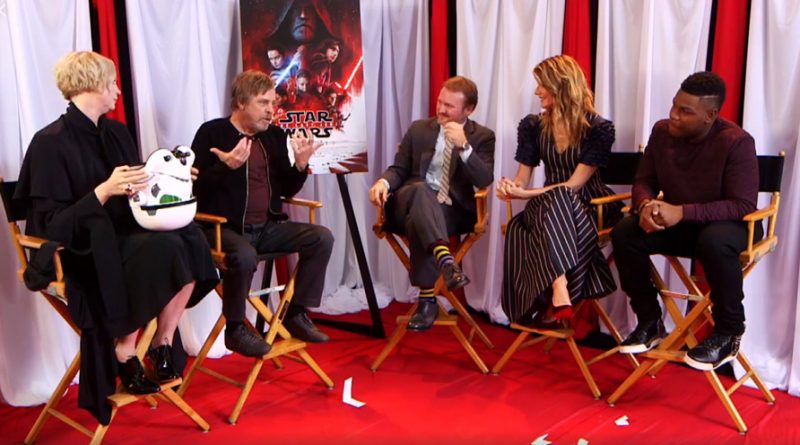 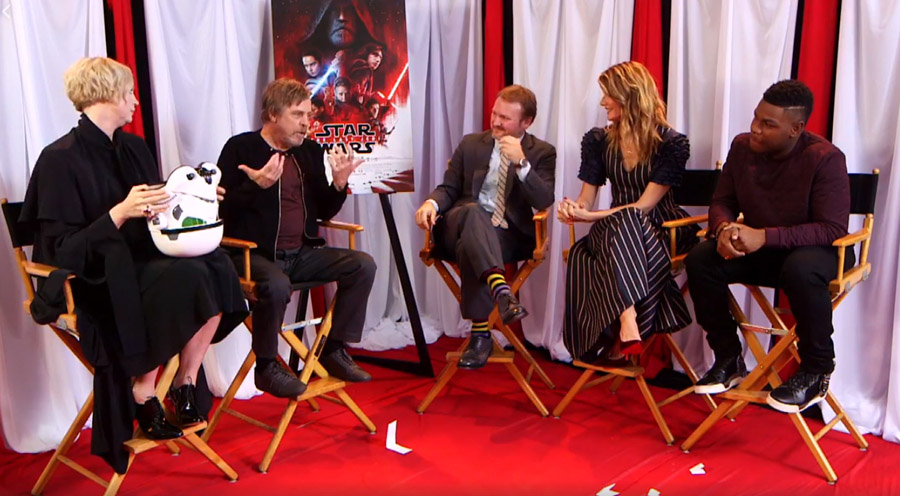 It may seem crazy, but we are two weeks away from the most anticipated movie of the year and a movie that may change Star Wars forever, The Last Jedi. The market push for the film is well underway and it seems we get a TV spot, segment on a talk show, or a Q & A with the cast almost daily. Surprise! We have a brand new Q & A with the cast of The Last Jedi on Facebook Live and while the questions were a little fluffy, there was some fun interactions between everyone.

In the first section we had Daisy Ridley, Domhnall Gleeson, Rian Johnson, and Kelly Marie Tran answering questions ranging from silly to incredibly small details about something that will happen in The Last Jedi. After a break they brought out Gwendoline Christie, Mark Hamill, Laura Dern, and John Boyega.

The highlights for me came from Rian Johnson and Mark Hamill. When asked about what made Star Wars important to him, Rian talked about his experience seeing the movie for the first time. He remembered going with his dad, and while on their way his dad told him “We’re going to the most amazing thing you are ever going to see.” Forty years later, here he is directing the eighth episode in the saga, so I think it’s safe to say his dad was right.

One of the funnier moments came from Luke Skywalker himself, as Mark Hamill made fun of the whole press tour itself saying:

” Well, we get to go out and talk about a movie that we’re not supposed to talk about, that’s a challenge…and of course publicize a movie that doesn’t really need any.”

The delivery is awesome and after 40 years of being a part of Star Wars, he can make fun of the press tour and hit the nail right on the head. Frankly all I need to see a new Star Wars movie is a release date and a poster, and me and millions of others will show up to the theaters in full costumes to watch it.

One final small detail about the film was our first confirmation that Luke Skywalker will………….smile! Finally they’re giving us the answers we’ve been yearning for.

Even though there wasn’t anything revealed or really that interesting, I still found myself smiling the whole time, and they all seemed to be having fun. The Q & A gave us a window into the director’s and actors’ personalities, and was a nice change of pace. 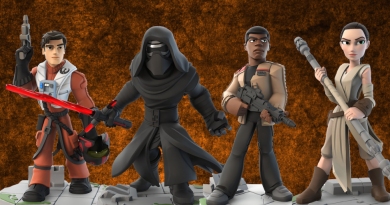 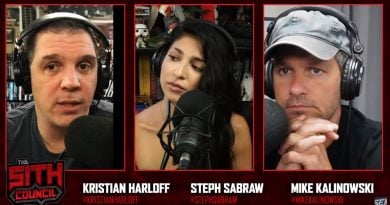 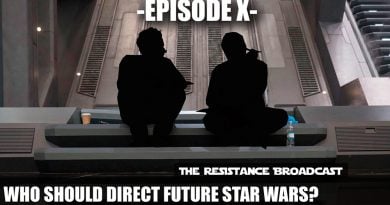