Mark Hamill Debunks Another Insipid Conspiracy Theory About His Role In Star Wars: The Last Jedi 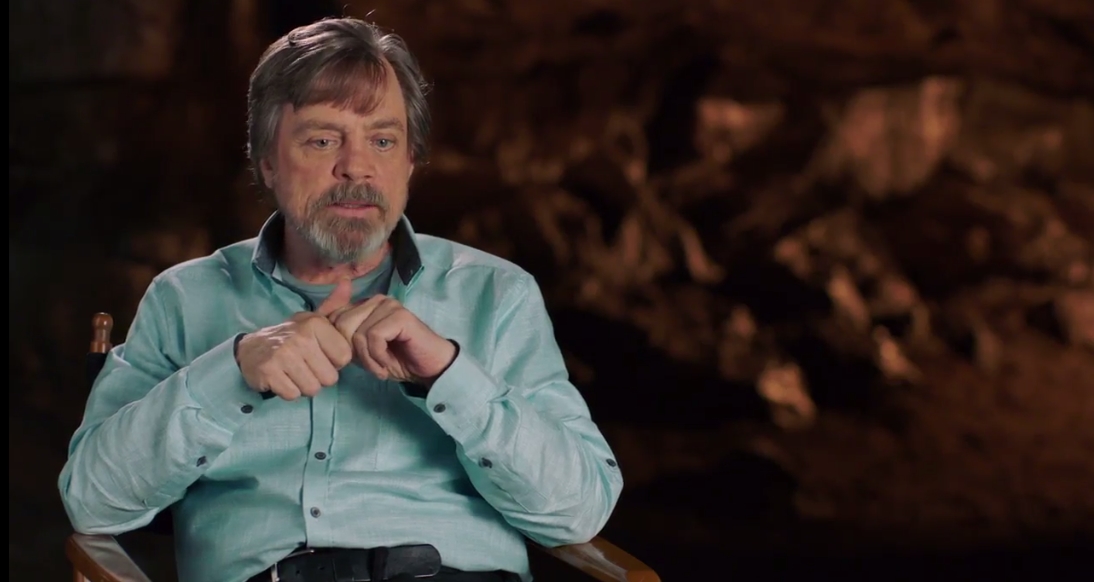 A few days ago, Mark Hamill tried his hand at clearing the air with regard to his thoughts on Star Wars Episode VIII: The Last Jedi and his creative differences with the Rian Johnson, ultimately noting that he thinks it’s a good movie even if he was expecting something different after the previous film. Unfortunately, that hasn’t stopped the rumor mill, so now he’s clarifying even further.

Spoilers for Star Wars: The Last Jedi ahead.

A quick bit of preface: this “leak” is based around Mark Hamill’s response that he disagreed with Rian Johnson about the direction that Luke Skywalker’s story arc was going to go in ahead of production on the film. The conspiracy alleges that the corporate overlords at Disney and Lucasfilm were so mad at Hamill’s comments that they decided to kill him off in post-production, without Hamill’s knowledge. Hamill was seen looking rather despondent and confused right after the movie was shown at the premiere, which the conspiracy-writer said was a result of Hamill learning of the movie’s “revised” ending after seeing the movie for the first time. The original posts alleging this malarkey can be read below:

Shortly after informing @ColinTrevorrow, director of Episode 9, about the imminent change and after asking him to change his script to exclude Hamill’s role, Trevorrow disagreed and was let go by Kathleen Kennedy. She then rehired JJ Abrams to direct Episode IX.

There are so many holes in this nonsense conspiracy theory that you could call it Swiss cheese. First off, the entire fact that Luke dying the way that he did more or less confirms that he’ll be back as a Force Ghost, given how Obi-Wan Kenobi and Yoda went out the same way. Or, for that matter, Mark Hamill had told ET Canada that he already seen the movie back in November (or possibly earlier) and said that it was his favorite since The Empire Strikes Back. That’s not even getting into the fact that Colin Trevorrow and Derek Connolly’s draft of Episode IX was being revised by Jack Thorne up until the point where Trevorrow parted ways with Lucasfilm. But the biggest hole of all has everything to do with Leia Organa, since at the end of the movie, she tells Rey that she knows that Luke has become one with the Force. Hamill’s first comments indicating that he didn’t completely agree with Rian Johnson didn’t come until he spoke with Vanity Fair in May of 2017, which is well after Carrie Fisher passed away – so there was no way they could have filmed a reshoot where Leia talked with Rey about Luke’s ascendancy to become a Force entity unless they had planned that from the beginning.

If anything, it would have been easier to edit those lines out in post-production and have Luke live after all to accommodate for Fisher’s absence (complete with a reshoot of the Millennium Falcon landing back on Ahch-To and Luke walking up to the ship) – but at this point, it’s clear that Luke becoming more powerful than you could possibly imagine is something that Episode IX is going to follow up on. Make no mistake – Luke will be the biggest nostalgia-related draw that that movie is going to have, and I’m sure that the marketing department is going to handle that accordingly. In any case, Hamill had a Joker-like moment when he heard about this from our friend Jeff:

For good measure, Hamill made a comment a little later clarifying that no, Disney and Lucasfilm have not been telling him what to say:

I’m really enjoying the conversations about #TheLastJedi both Pro AND Con. Everyone’s entitled to their own opinion-but let me make one thing perfectly clear: Neither @Disney or #Lucasfilm has complained or told me what to say- EVER. #PeriodEndOfStory ❤️-mh

…Especially because if they were, we wouldn’t have been in this whole mess about the whole “I fundamentally disagree with every decision you’ve made with this character” thing to begin with. Period.

Will these comments stick this time around? Knowing the way a certain subculture on the internet has responded to these movies, probably not – there’s likely already another one of those “Mark Hamill HATES The New Star Wars!” videos filled with sneakily-edited responses and particularly misleading quote mining making the rounds. But for the rest of us, we can at least be happy that another bit of hogwash has been safely debunked. I, for one, am looking forward to seeing Mark Hamill reprise his role in Star Wars Episode IX, in whatever capacity that may be.