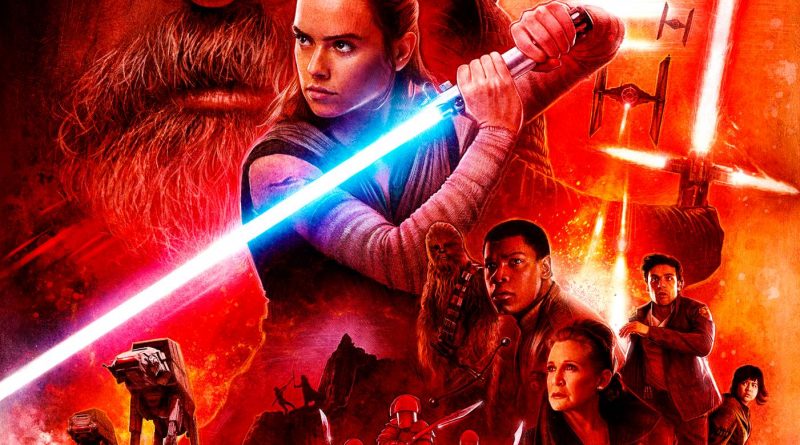 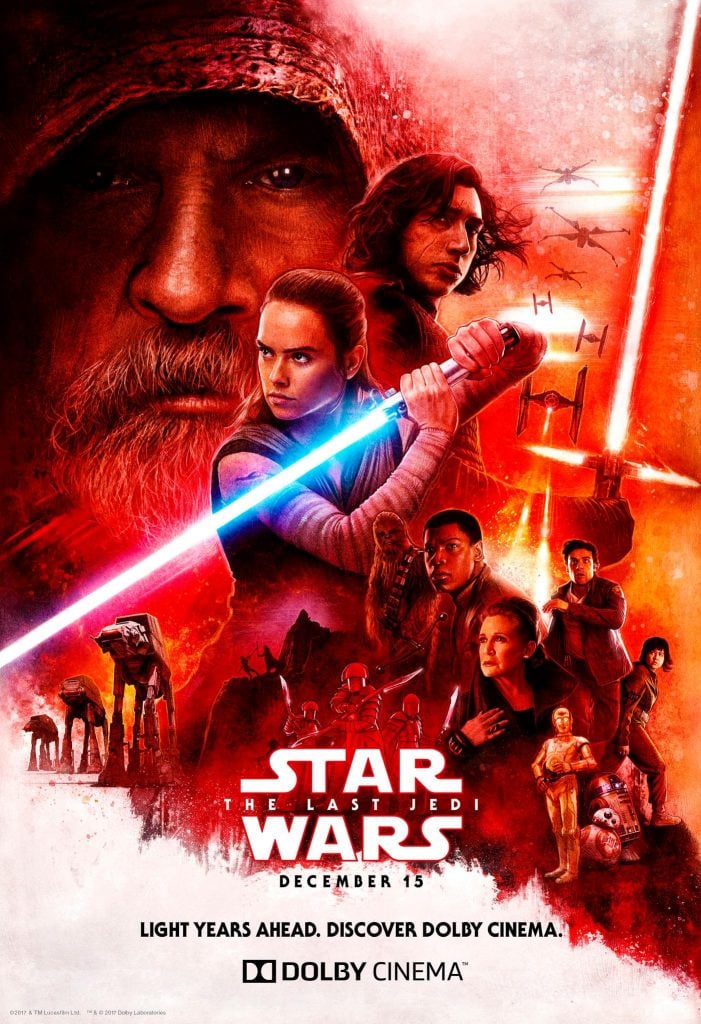 Dolby Cinema has revealed their exclusive artwork for The Last Jedi!

In a tweet posted moments ago Dolby revealed their art for the film, which is a very busy piece, and has strayed from the red on white contrast pattern that we’ve seen on most posters/promotional items and art work up until this point. Here is the tweet with the photo:

Check out our EXCLUSIVE artwork from @StarWars: The Last Jedi! In one month, see why Dolby Cinema is light years ahead – get tix: https://t.co/LhN9nrF20U pic.twitter.com/uRE9piqfP4

One item that really stands out to us are the silhouettes on the cliff.  This appears to be Luke and Rey, with Luke knocking Rey down. Perhaps Luke is going to be putting Rey through a physical and tough brand of training atop the mountains of Ahch-To. 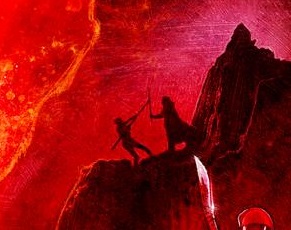 What do you think of Dolby’s art representation for The Last Jedi? I love the departure from the velvet cake red/white contrast, the blend adds a lot of personality to the piece, and although it has a lot of characters, doesn’t seem too busy, as well as being a welcomed departure from a photoshop composition.

The poster was illustrated by Paul Shipper:

I am very excited to be able to finally share this @StarWars #thelastjedi poster I illustrated for the films relea… https://t.co/iRyLoMfJGx pic.twitter.com/1a603ndNhs

You can find me on Twitter @JohnnyHoey, let’s talk about this awesome artwork! What is Luke doing? 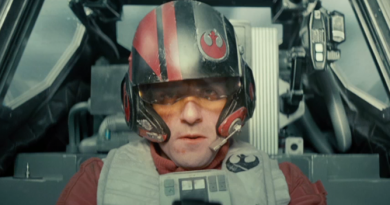 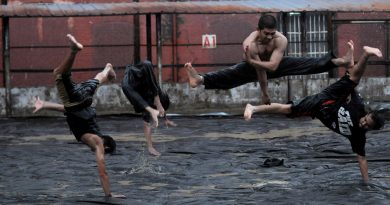 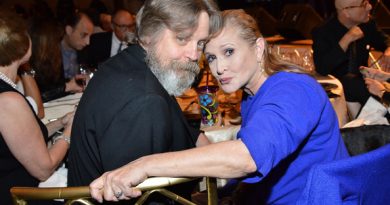