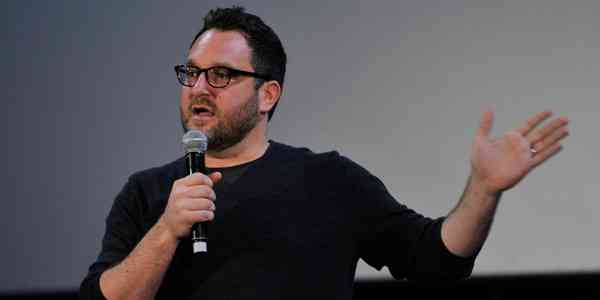 Not that long ago, we learned that Rian Johnson asked J. J. Abrams to make an adjustment to Star Wars: The Force Awakens during filming in order to suit the story he was developing for Star Wars: The Last Jedi. Now, we’ve learned that Star Wars Episode IX director Colin Trevorrow similarly asked for a tweak from Johnson in the form of a new scene that could set up a plot point for the final chapter in the Sequel Trilogy.

Speaking to MTV’s Happy Sad Confused podcast, Colin Trevorrow explained that he wanted Rian Johnson to make a slight tweak to his movie for the sake of developing the story of the Sequel Trilogy’s conclusion:

Happy Sad Confused: Rian has said that he asked J. J. to make a small change to Force Awakens where he wanted R2 to go with Rey to the planet [Ahch-To]. Is there anything similar where you asked Rian to make a change, or adjust something, or “Hey, could you do this, because I have an idea for something in Episode IX that’ll pay off?”

Colin Trevorrow: There was one little thing. It wasn’t an adjustment, it was just “Could you shoot this one extra thing while you’re in this place on this day?” And he did, which was great. But, y’know, it’s part of the collaborative process that exists – everyone is in communication. There’s such a genuine want to get this right from everybody, and I think that one of the misconceptions is that there’s some kind of great corporate overlord that is dictating this story to everybody, and that’s what it’s going to be because that’s going to sell the most toys. The reality of it is that it’s a small group of people, but it’s actually, y’know, kind of large when you think about it – and none of them are corporate, all of them are creatives and all of them are genuinely, very sincerely, wanting to do the work of their lives in order to realize this.

Trevorrow also emphasized that the Lucasfilm team are focused on working on quality projects over fitting films to certain release dates. He also mentioned that the script he and Derek Connolly are writing is still in active development and that filming will begin next year.