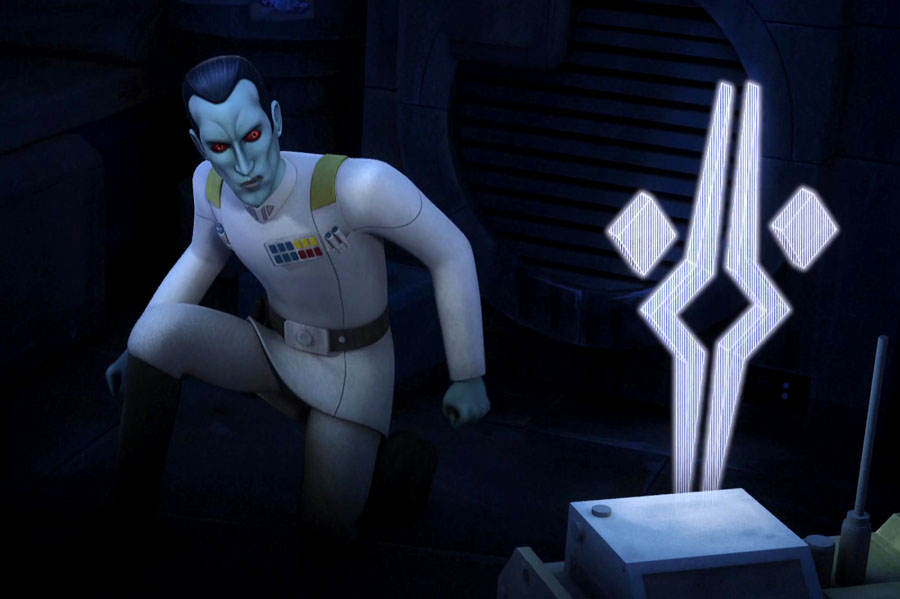 We’re just mere hours away from the highly anticipated Star Wars Rebels: Season 3 finale. In the hour long episode we will witness Phoenix Squadron’s preparation for the attack on Lothal and Grand Admiral Thrawn’s plan of stopping it. Now Mashable shared an exclusive new clip from the finale showing Thrawn and Kallus in action. Check it out…

You can watch the video HERE if it doesn’t show below.

In final preparations for their attack on Lothal, Phoenix Squadron’s Grand Admiral Thrawnplans are disrupted when  discovers their location. Trapped on Atollon with the rebel base under siege, Hera and Kanan fight to keep the squadron alive, as Ezra attempts to rally help from an unexpected source.