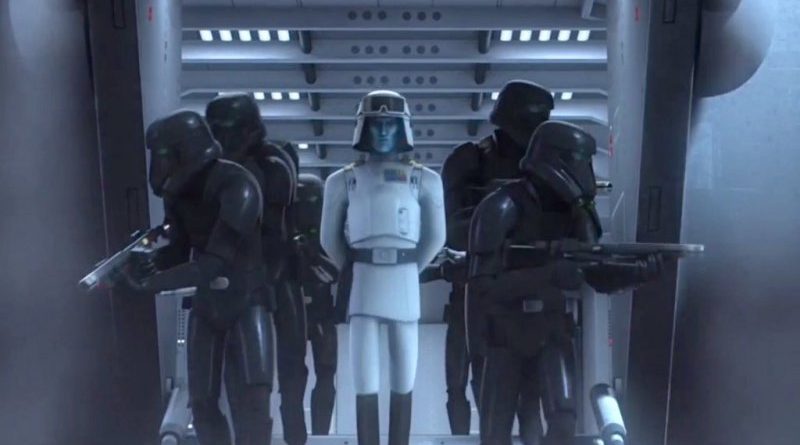 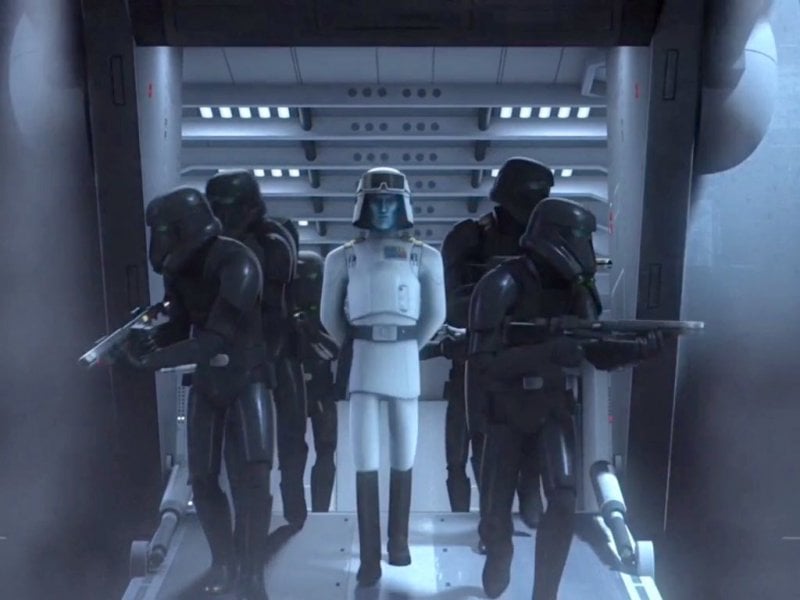 The third season of Rebels is over and we go into “Zero Hour” knowing that there will be casualties. Why? Because the history of the last two season finales has given us major deaths and transformations. I didn’t expect this one to be any different. Which Rebels and Imperials survive? Where do the Rebels end up in the finale to set up season 4? 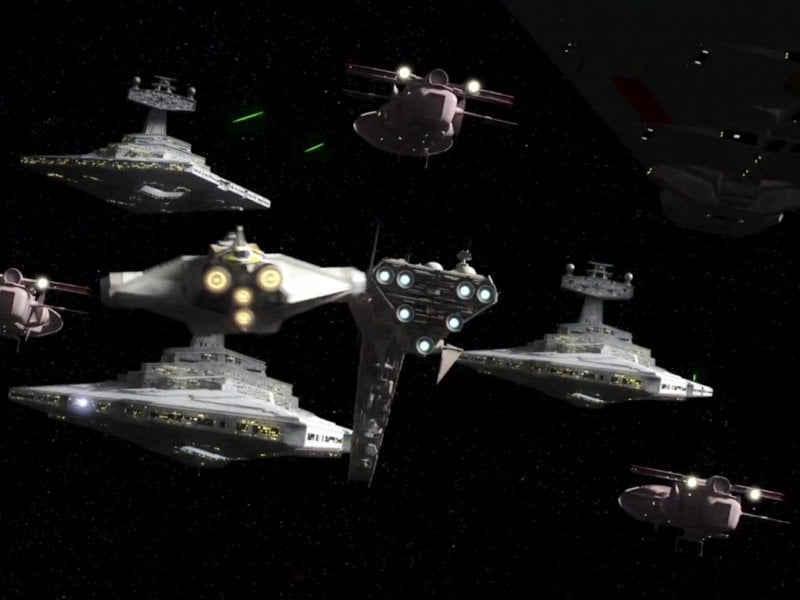 I’ve been beating the drum all season that the animation of the series has been VASTLY improved and it always stands out the most during the space battles. The ships seem to fly through space with more grace and look less stiff as they sometimes did in previous seasons. The space battle we are given really does come off cinematically, which is hard to do in a 22 minute cartoon (part 1 is the space battle, FYI). 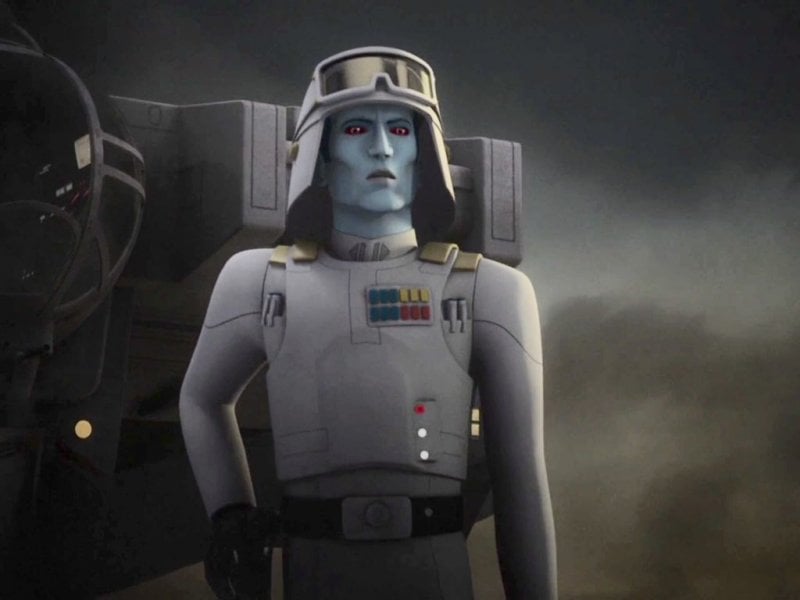 We get a full dose of Thrawn in these finale episodes and it’s all for the better. Thrawn has been built up all season as this masterful tactician that we have occasionally seen, but we really get to see him in full force here. If it wasn’t for the Bendu (more on that later), Thrawn would have destroyed the Rebels easily. There is a part where Captain Constantine goes against Thrawn’s orders and essentially gives the Rebels the chance they need to receive more help. If not for that, Thrawn would have won the day. Good news for him though is that he survives and we can expect him raising hell on the Rebels in season 4. 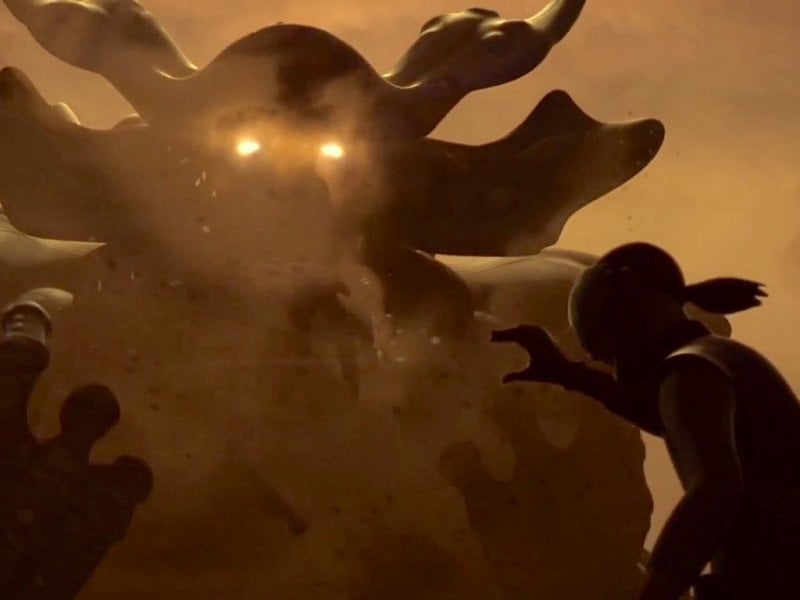 In a quick attempt to get Bendu’s help, Kanan calls Bendu a coward and…that didn’t go over too well. Bendu loses his S*%^ and unleashes a massive storm on the Imperials AND the Rebels so they will leave the planet. It was an interesting move to have Bendu NOT aide the Rebels solely, but instead just try and destroy EVERYONE. He truly sticks to being the “one in the middle.” It was cool to see how mystical/powerful he really is too. 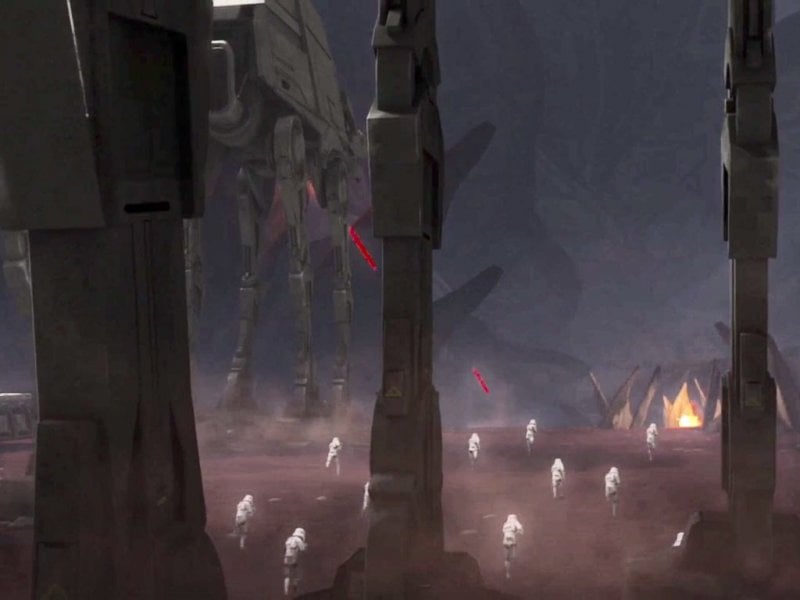 As impressive as the space battle was, the ground battle was equally impressive. The show did a great job of showing how outnumbered the Rebels truly are against the mighty Empire. Seeing all the Walkers in action, swarming the Rebel base, was quite a sight to behold. Again, it came off cinematically in a way that I never thought Rebels could pull off before. 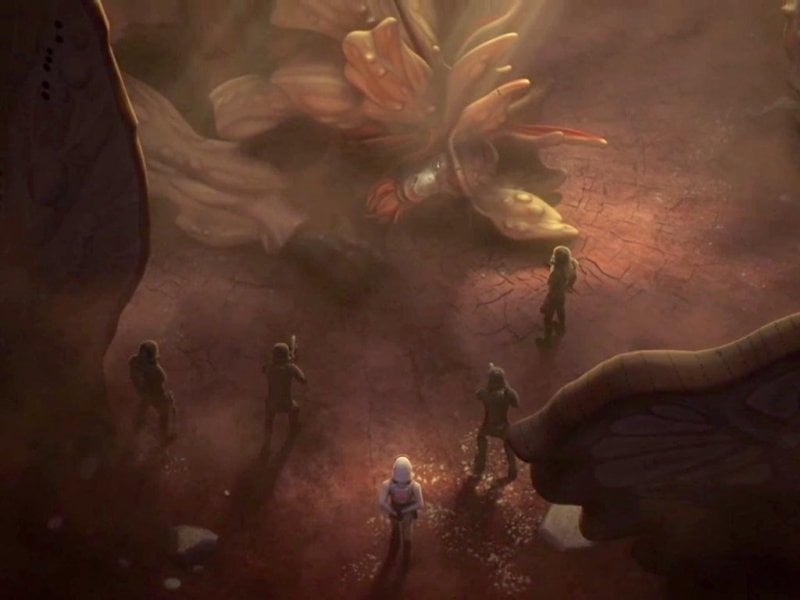 One of the few missteps the finale makes is Thrawn defeating Bendu…kind of. Bendu becomes a storm/cloud in the sky and yells at everyone to leave. Thrawn opens fire on said cloud and Bendu falls to the ground, only to disappear after telling Thrawn of his eventual end. I realize that the writers wanted to have Bendu foreshadow Thrawn’s demise, but the action of shooting a cloud was ridiculous and I think it could have been handled a lot better in a different way. 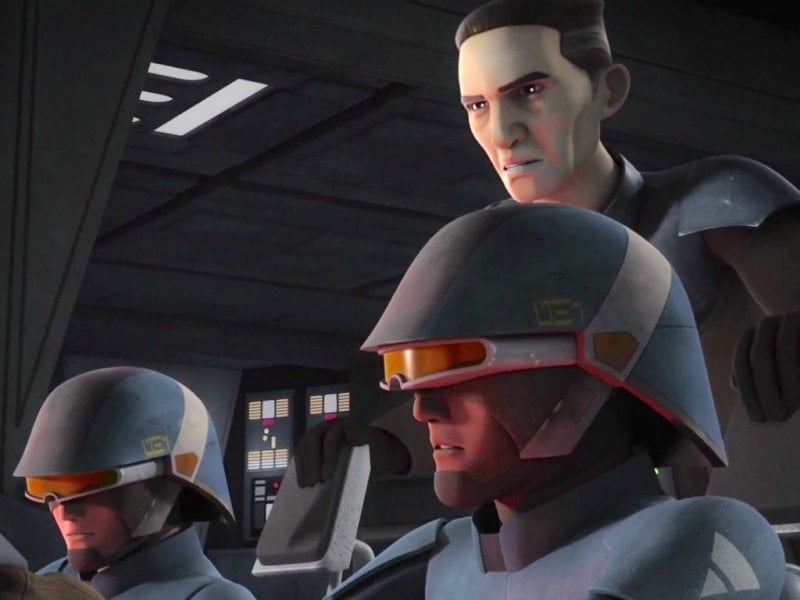 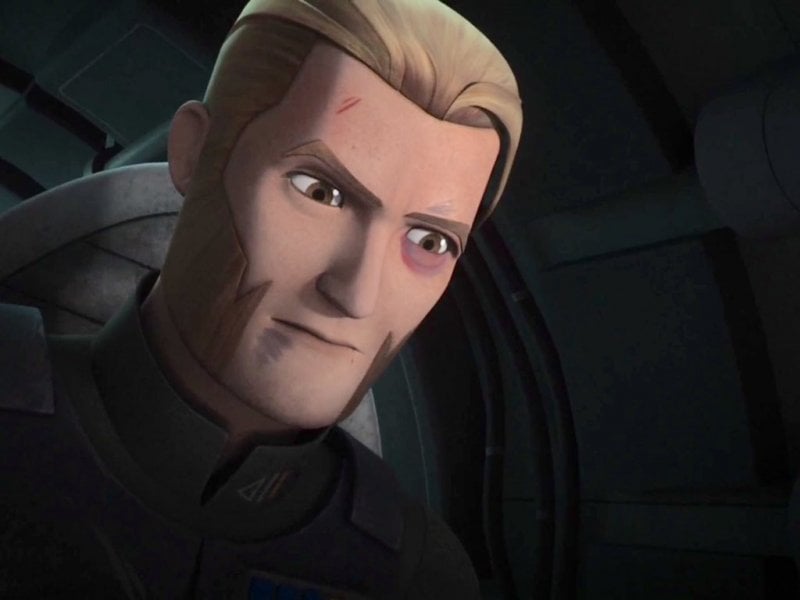 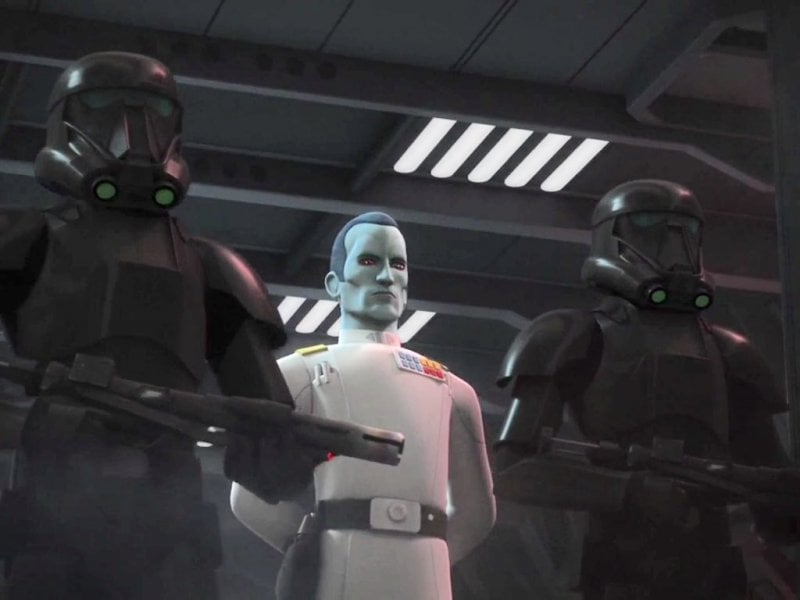 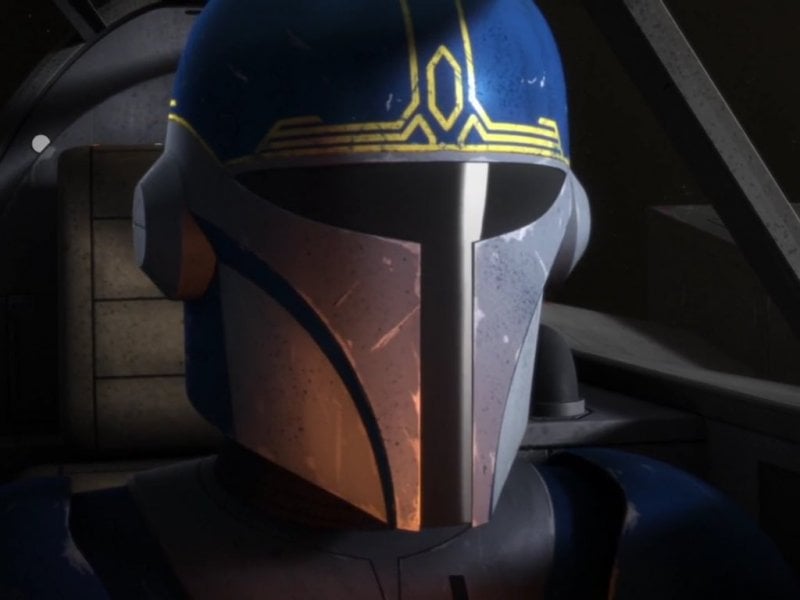 I have to admit…of all the Rebels season finales…this is my least favorite. Now, it doesn’t mean I didn’t like it; these episodes had tons of action and great stakes, but the other two were more exciting to me. The season ends on the Rebels headed to Yavin 4 and seems like we are truly headed to Rogue One territory. I can’t wait to see what this means for our merry band of Rebels.

A special thank you to everyone reading the reviews and saying nice things to me during the season. I really do appreciate you all the taking the time in doing so! 🙂

And here’s the Rebels Recon for the last episode: 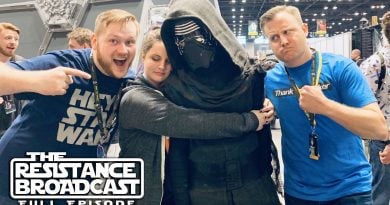 The Resistance Broadcast – Star Wars Celebration: Complete Details of Our Experience and Coverage 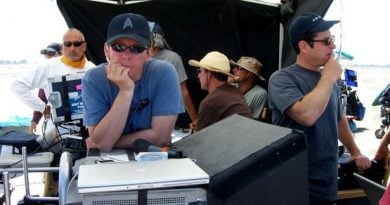 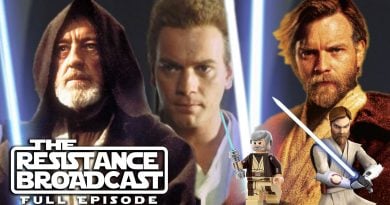 157 thoughts on “Updated With Rebels Recon. Star Wars Rebels: “Zero Hour” Review. What Did You Think?”