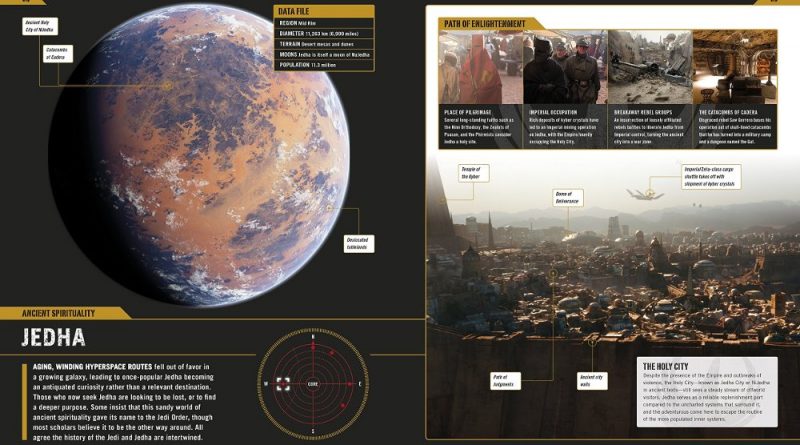 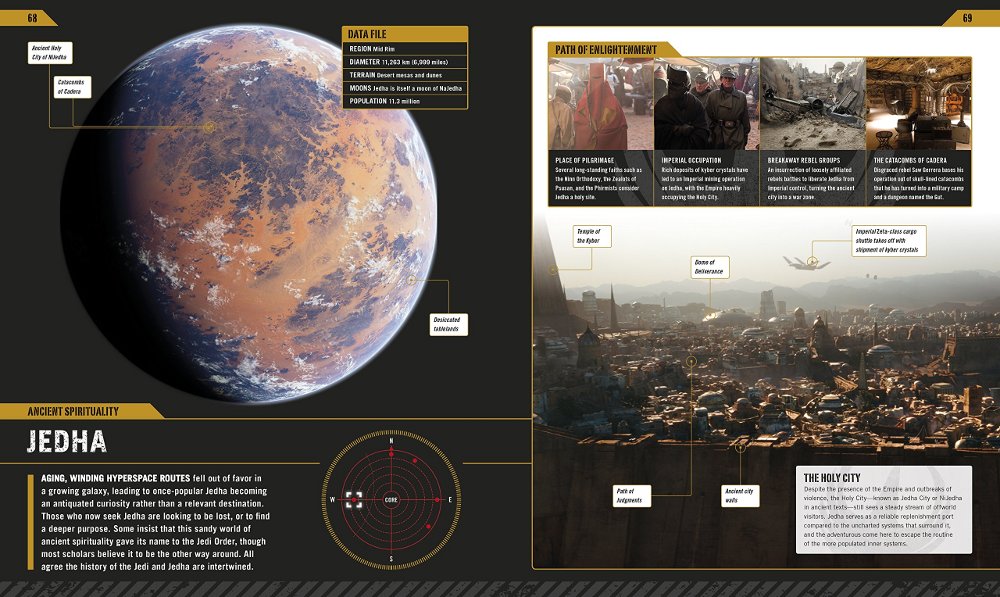 Every Star Wars fan, be they casual or die hard, gets excited for the release of a new Star Wars film. But, to the dedicated fan there are a number of peripheral aspects to any film’s release that can be just as fun and lead to a deeper appreciation of the films. Perhaps you wait with baited breath for the official sound track release. Maybe it’s a specific toy or the film’s novelization. But one item that is unique to Star Wars are books like the Visual Dictionaries and Incredible Cross sections. Books that really dive into those details that Star Wars fans can’t get enough of.

For the current slate of films, perpetual public face of Lucasfilm Pablo Hidalgo, has been leading the charge on these books. EW Radio spoke with Pablo about the process of making these books and just how much it ties into the ongoing release of content across all mediums.

Hidalgo goes into great detail in the interview and there are some every interesting notes about the dynamics between divisions of Lucasfilm as well as the choices he makes. It is interesting to see how much power he wields in crafting these backstories. Details that will be canon for generations to come are his to command. While the film makers, writers, and technicians on the films create the stories, Pablo fills in the gaps and creates the contours of the universe in which the characters in habit. 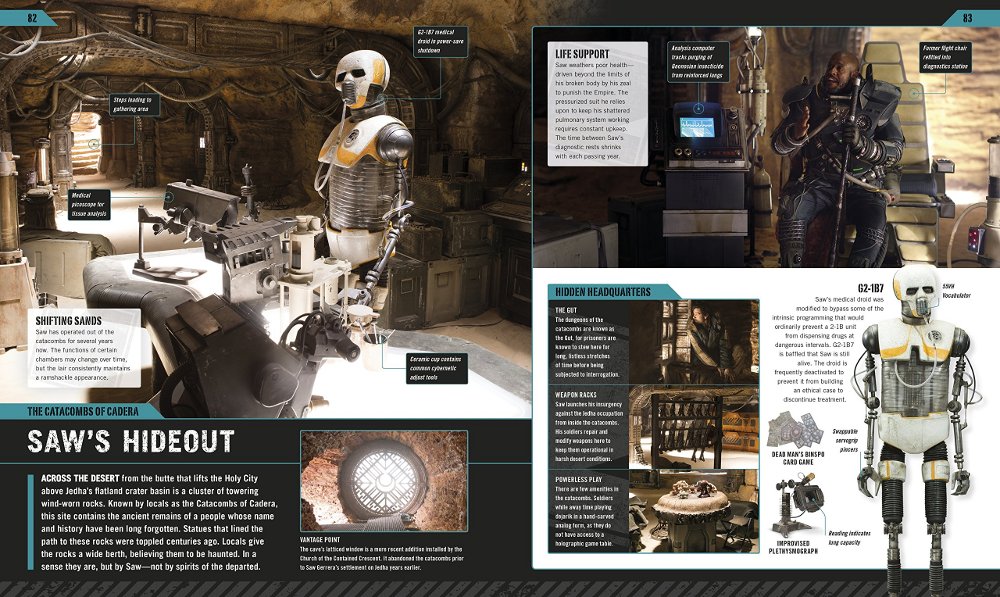 As an example, see this exchange from the interview where Hidalgo discusses the dynamic between the artists making the creatures for the film, and how he develops their story after the fact.

EW Radio: How does the partnership between you and the creature shop work? Because when I talk with Neal Scanlan and those guys, they’ll refer to creatures as “Ackbars” when fans know the crustacean aliens are called “Mon Calamari.” They come up with nicknames, but you give them actual identities.

Hidalgo: So there’s the production reality of what the creature represents, and then there’s the story universe reality of what the creature is. So whenever possible, I try to talk to Neal and his crew and find out what was the thinking behind this creature? And using that as foundation, I’ll then come up with a backstory that fits the narrative, that fits with what’s established and known in the universe and hopefully really try to encapsulate and hopefully enhance what it is that the creature department had thought. 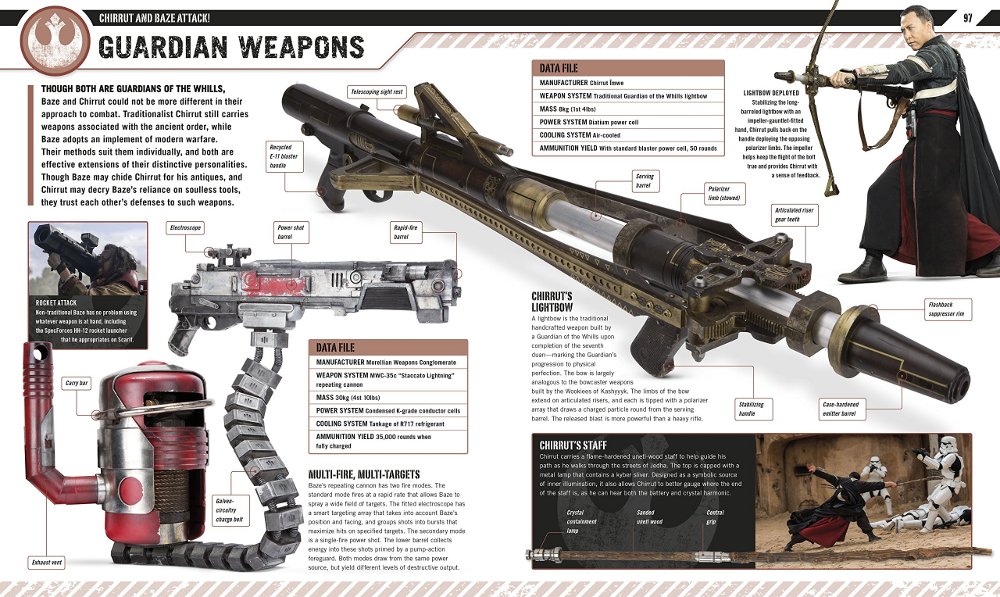 Hidalgo also discusses how he can bring these details back to the broader Story Group for their inclusion in future releases.

EW Radio: These things you create, the names and backgrounds, often end up being fed into other creative works, correct? Novels, games, comics, the Star Wars TV series Rebels… Constable Zuvio didn’t get any screen time in The Force Awakens, but he had a starring role in Landry Q.Walker’s short story collection Star Wars: Aliens.

Hidalgo: Correct. One of the advantageous things about where I happen to be in the company in that as part of the story group, we review and we help develop all this ancillary storytelling, so I’m up to speed on that material, and I’m able to put it into the Ultimate Visual Guide either as overt references to upcoming material or just hidden things that will pay off in the months to come.

EW Radio: So there are more revelations embedded in it?

Hidalgo: I will say this much: this book was written largely last year but it will continue to inform as you watch the second half of Star Wars: Rebels because all that stuff was in production at the time, so there are hints and elements and things like that that will keep popping up. This book doesn’t really go out of date because we’re so far ahead of things, you’ll start realizing, oh, my goodness, the book was referencing something that was still maybe even over a year ahead of when it actually comes out.

Head over to EW for the full piece where you can read Hidalgo’s thoughts on getting to create these books as well as some insights into how Saw Gererra and Darth Vader’s stories in Rogue One and Rebels tied together.

All images via Amazon. 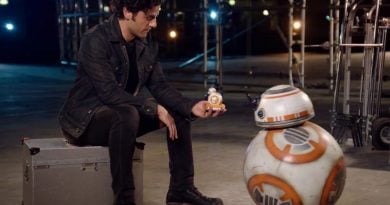 New Force for Change Video with Oscar Isaac and BB-8 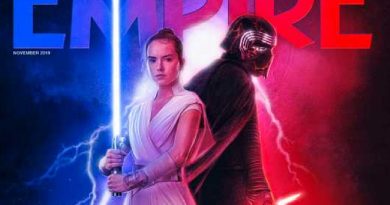 Complete Breakdown of the Entire Empire Magazine Article About ‘Star Wars: The Rise of Skywalker’ 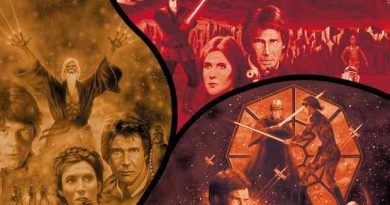