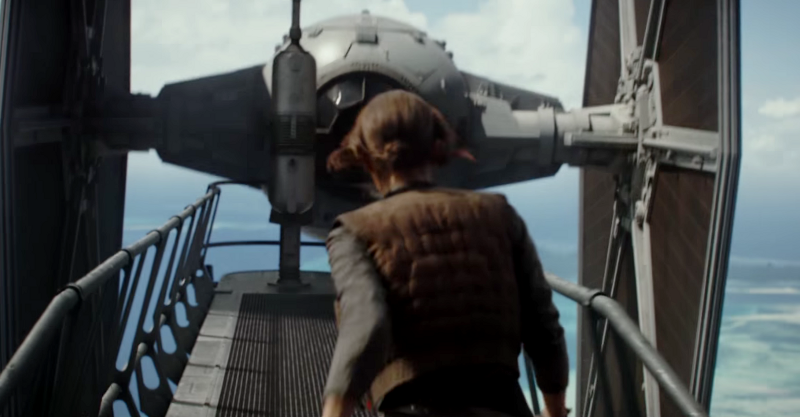 This article includes spoilers for Rogue One: A Star Wars Story!

Gareth Edwards recently spoke on the Empire Podcast, where he briefly discussed the ending for Rogue One and whether they ever had alternate endings in mind.  Read on for more.

If you’ve seen the film (and hopefully you have, or otherwise, why are you reading this?!?), you know that the impossibility of a Rogue One sequel might have less to do with the movie being a “standalone” film and more to do with the complete absence of a returning cast, given the fate of the Rogue One team in the movie. In the climax of the film, we see what basically amounts to a montage of death scenes as each of the movie’s heroes sacrifices themselves for the greater good of the Rebellion and the galaxy at large.

Even the two main characters, Jyn Erso (Felicity Jones) and Cassian Andor (Diego Luna) don’t make it to the final credits, embracing one another as they are engulfed in the fiery storm of the Death Star laser, turning them to ash and then nothing but a memory for those, who – because of their heroic actions – now have something they never had before in their endless fight against galactic tyranny…hope.

It is a fitting end that lends itself well to the tonal transition into A New Hope and makes sense logically, given that these characters are all absent from the original films.  But was there ever a time when the writers considered letting them survive?

Here’s what Gareth said on the Empire podcast (via Heroic Hollywood):

I mean, it’s a great Disney tradition isn’t it? For ever single character to die in all their movies. I think there was an early version – the very first version they didn’t [die] in the screenplay. And it was just assumed by us that we couldn’t do that and they’re not gonna let us do that. So we’re trying to figure out how this ends where that doesn’t happen. And then everyone read that, and there was just this feeling of like, “They gotta die right?” And everyone was like, “Yeah, can we?” And we thought we weren’t gonna be allowed to, but Kathy [Kennedy] and everyone at Disney were like, “Yeah, makes sense.” I guess they have to because they’re not in A New Hope. And so from that point on, we had the license and I kept waiting for someone to go, “You know what, can you just film an extra scene where we see Jyn and Cassian, they’re okay, and they’re on another planet and la la la…” And [that] never ever came, and no one gave us that note so we got to do it.

I for one am glad that Disney was willing to allow the writers to tell the story as it needed to be and not water it down for the kiddies. My eight-year-old was very moved by the sacrifice of the characters in the film.  It taught a lesson that I believe is very valuable, especially in the context of this movie as a war film: The good guys don’t always win, and sometimes, to achieve victory, sacrifices must be made.

In a culture where our kids are led to believe that they are entitled to everything they want and when everyone gets an award just for participation, they need to see, at times, that the real winners are those who fight for what they believe in – even when it costs them everything.  I applaud Disney for allowing this creative decision, and they can rest assured that the fate of the characters in no way diminished my son’s desire to own all of them in Lego form. 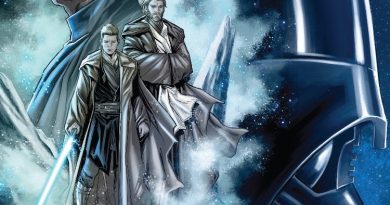 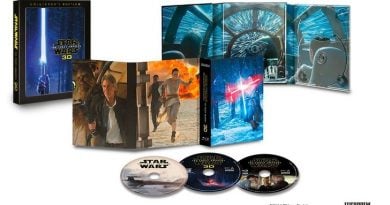 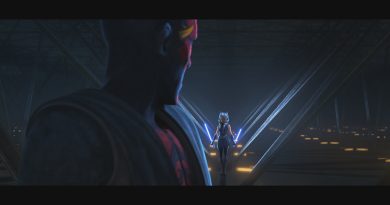 The Clone Wars: New Images and Video From the Season 7 Debut “The Bad Batch”

106 thoughts on “Gareth Edwards Discusses the Rogue One Ending”