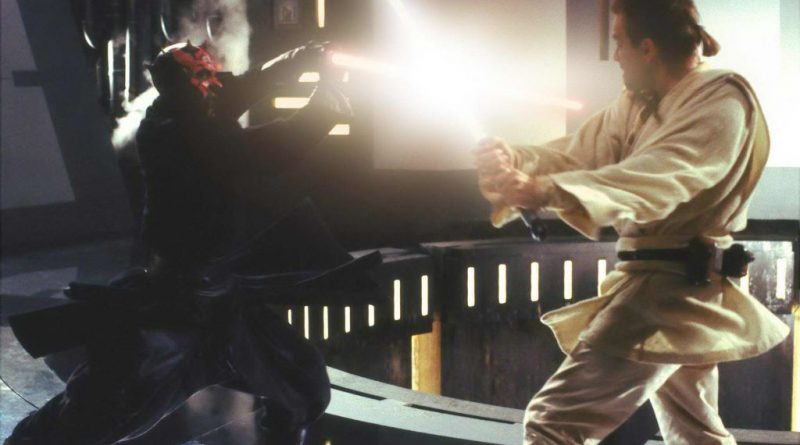 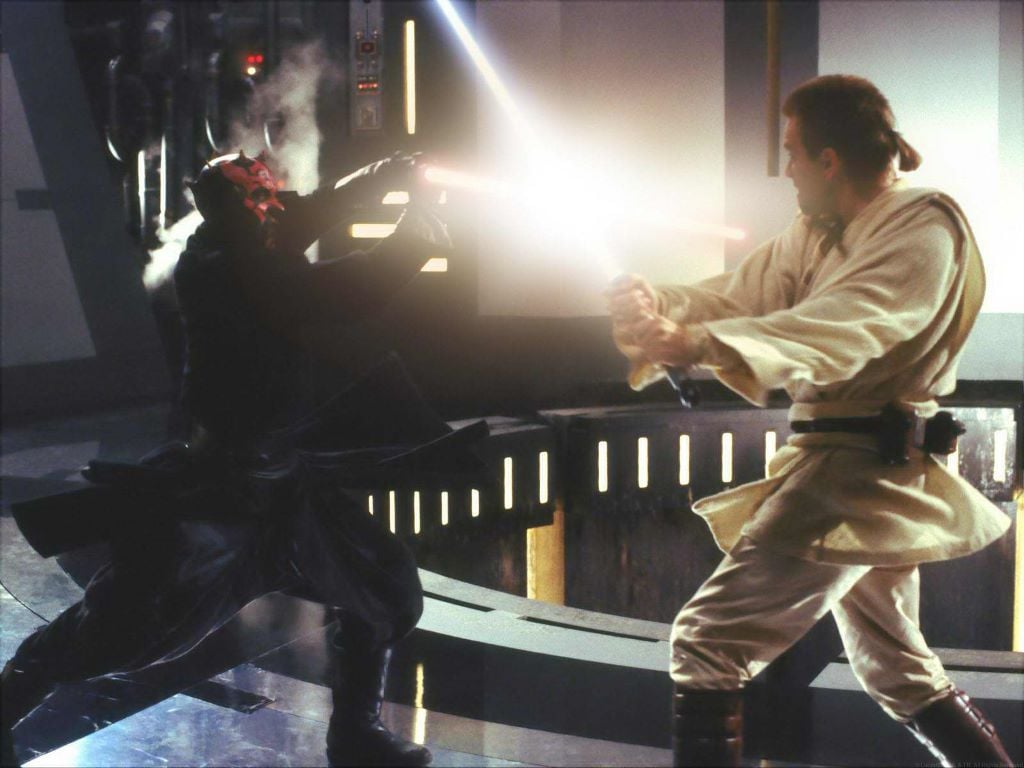 The Darth Maul/Obi-Wan Kenobi fight is often seen as the highlight of The Phantom Menace and is seen as one of the best lightsaber duels ever filmed. Interestingly, a cryptic hint from The Disney XD website, along with a similarly-vague hint from a Star Wars actor, suggests that another duel of the fates may happen within the Star Wars canon.

For those not initiated with why Maul is somehow on his feet again after becoming half the man he used to be, it was revealed in The Clone Wars that he didn’t actually die in The Phantom Menace and went into hiding. Why did this happen, you might ask? Reasons. (There was something about his undying hatred being the only thing that kept him alive after falling from an absurd height after being parted with his waist, but I don’t think anyone was paying attention.) After being rescued by his brother and mother (long story), his sanity was restored by means of Force-based “magic”, giving the former Sith Lord a pair of biomechanical legs in the process.

Maul’s quest for revenge against the Jedi who robbed him of hope consumed Mandalore. pic.twitter.com/y8LTdiOPlU

From that point on, Darth Maul decided that he had to live for two purposes – the first of which would be to take revenge against Obi-Wan Kenobi for the torment he had faced, and the second of which was to form a criminal empire that would be strong enough to gain the favor of his old master, Darth Sidious. While he got to fight Obi-Wan, he did not kill him when given the opportunity, and he later chose to kill Obi-Wan’s dear friend (Satine Kyrze) to make sure that the Jedi would suffer as he had suffered. Maul did ultimately gain Sheev Palpatine’s attention, but it backfired immensely – viewing Maul as nothing more than a pawn that he no longer had use for, Palpatine killed his family, disgraced him before Darth Tyranus (his newer apprentice), and made sure that his criminal empire collapsed under its own weight. Maul, however, would live to fight another day, fading into the shadows in search of dark secrets. Provided that you’ve seen the Season 2 finale of Rebels, you should be caught up to speed – Maul is back in the game, operating from the shadows. Even though he knows can’t win in a direct battle against the two remaining Sith Lords, he can make sure that they lose.

Long before The Clone Wars gave us the vague explanation of how Darth Maul could return and fight Obi-Wan Kenobi again, the concept of a rematch was first explored in Star Wars Visionaries with a story called “Old Wounds”, set three years after Revenge Of The Sith. The story explained that Maul had somehow survived his grevious injuries on Naboo and spent the remaining years of his life hunting after Obi-Wan, arriving too late to intercept the Jedi on Kamino, Geonosis, and Mustafar. Maul ultimately discovered Obi-Wan’s whereabouts by learning about the presence of Luke Skywalker through Polis Massa’s medical records, and interrogated and killed Watto to find out where the boy lived on Tatooine. He knew that if he targeted Skywalker, then Obi-Wan would come to his defense, allowing him to get revenge after over twenty years. With a bit of help from Owen Lars, Obi-Wan ultimately prevailed against Maul, but the distrust that Lars had for the Jedi was further cemented as he felt that the “crazy old wizard” brought danger to his family. Obi-Wan’s would distance himself from the Lars homestead to cremate Maul’s corpse in the Dune Sea, but silently promised to keep guard over Luke. While the story was non-canon (which is to say that it wasn’t even treated as a part of the Legends continuity), it was met with acclaim and was widely considered to be the highlight of the graphic novel. 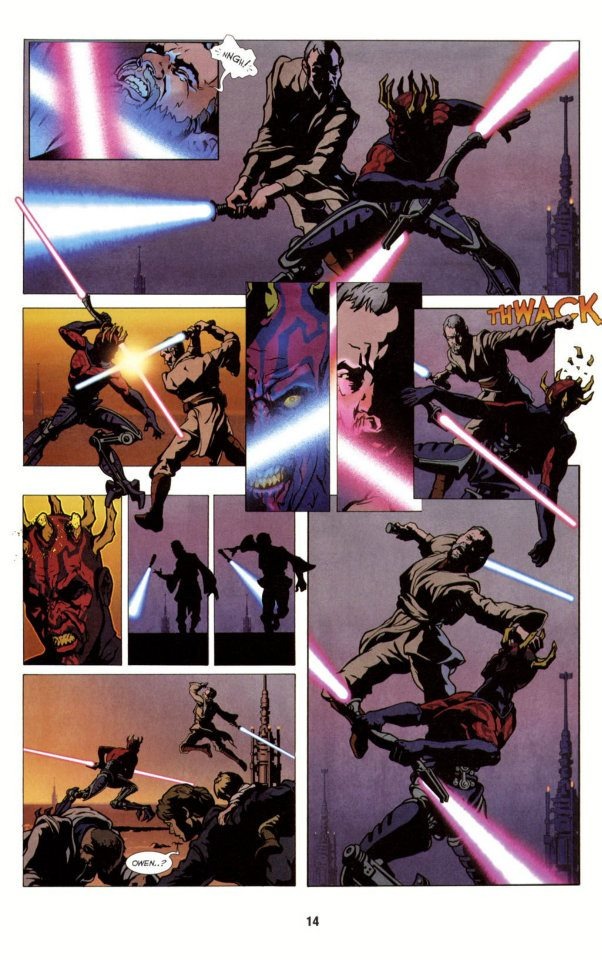 We all know that an Obi-Wan Kenobi movie isn’t going to happen for a while – even if there is substantially more fan interest in it than there is for a Han Solo movie – and the 2020 Anthology movie would be the absolute earliest opportunity for it to come out (if we’re operating on the presumption that they choose to delay the rumored Boba Fett movie further to make room for a movie about the Jedi). Since they’ve already shown a rematch in the realm of comic books (albeit in a different continuity), it’s not likely that they’ll use the same format to tell an updated version of the “Old Wounds” story. So the best fit for a rematch happening in the near future would be Rebels, which – as mentioned above – is set during a time when Maul is still kicking and operating in the shadows. In fact, a recent character description released on Disney XD’s website implies that Maul’s goal might be to get even with Obi-Wan – a description that seemingly alludes to the “Old Wounds” story…

Now freed from the dark depths of Malachor, Maul is running amuck in the galaxy. Driven by a decades-long thirst for vengeance that risks clouding his sanity, the restless former Sith Lord hopes to heal old wounds by completing a task he should have done years ago. Though Maul has found the galaxy has changed much during his exile, the dark side trickster knows where a few secrets are buried.

Perhaps a direct nod to the Legends story’s name may be a bit too on-the-nose, but we have to keep in mind that Lucasfilm already gave us a quote that quite obviously alluded to the name of the Legends continuity last season. Maul never did kill Obi-Wan, which is something he’s likely come to regret after losing absolutely everything. Perhaps in the midst of his greater plot to bring down Palpatine, Maul will wind up on Tatooine and discover that his arch-nemesis has been living there for years – and it’s even possible that might even look to see Luke as a potential apprentice (before his plan inevitably fails).

If the narrative of Rebels calls for such a rematch, then it would only make sense that the story would take place much later in the timeline – Maul only got free of his exile six months before the beginning of Season 3 (which is set roughly two years before A New Hope), and Obi-Wan’s pre-A New Hope adventures in the comic books have only focused on his skirmishes with gangsters on Tatooine in the middle of the gap between Revenge Of The Sith and A New Hope. In addition, Dave Filoni has stated that he would like Ewan McGregor to appear on Rebels at some point – perhaps this kind of a story is what would necessitate the presence of the original Obi-Wan actor as opposed to a voice actor who can do a good impression.

One last thing: Ray Park, the actor for Darth Maul in The Phantom Menace, tweeted this in response to a fan’s question regarding an image used to promote the movie:

It was just a promo shot for #VanityFair However it may be a sign of things to come😉😉😉😉 https://t.co/C5flvZtDOR

Since Ray Park didn’t actually provide the voice of Darth Maul for the few lines that he had in The Phantom Menace (that would be Peter Serafinowicz dubbing over Park, for those of you that are wondering), it’s not likely that he is going to inexplicably take over Sam Witwer’s “Maul duty” for the (currently) hypothetical episode in which the hypothetical rematch takes place. He may be aware of what they have planned for the show to coyly hint about what’s to come – it certainly wouldn’t be the first time that happened with the show – or he might just be messing with our heads. We at Star Wars News Net will be sure to keep you covered on this subject and others as more information becomes available. 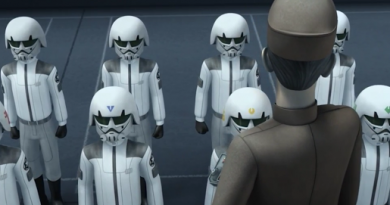 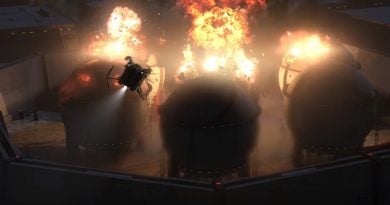 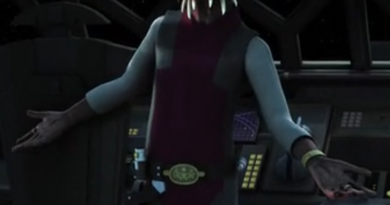 176 thoughts on “Speculation: A Darth Maul & Obi-Wan Kenobi Rematch May Be in the Works.”