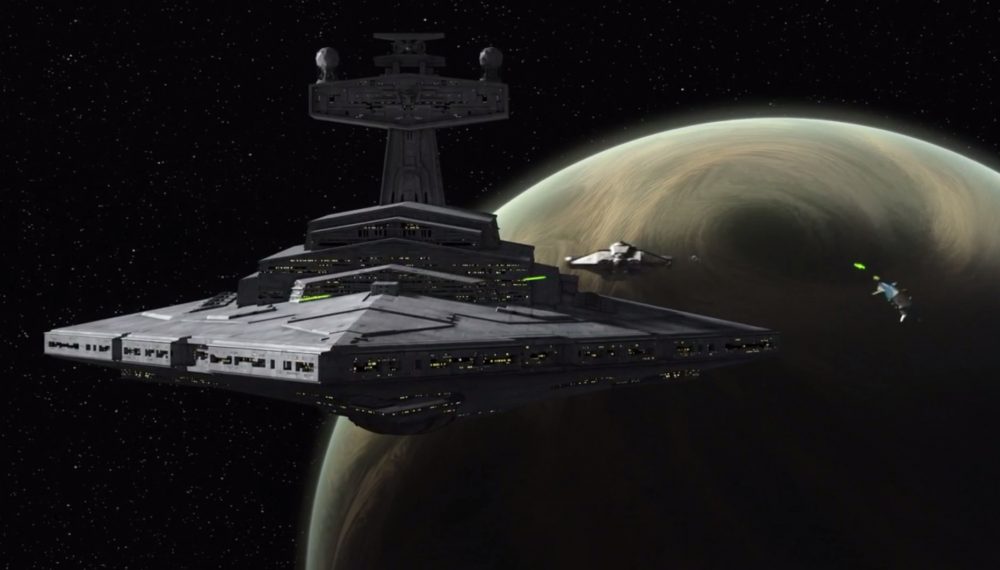 After last season’s lukewarm critical reception from many fans, Star Wars Rebels returns for a third season. “Steps into shadow” is another two part episode that is crammed into a mini film like “Siege on Lothal” and “Spark of the Rebellion” before it. Is it as good as the show’s other season openers? Have the characters grown at all in the time between now and the previous season? I’m so glad you asked! 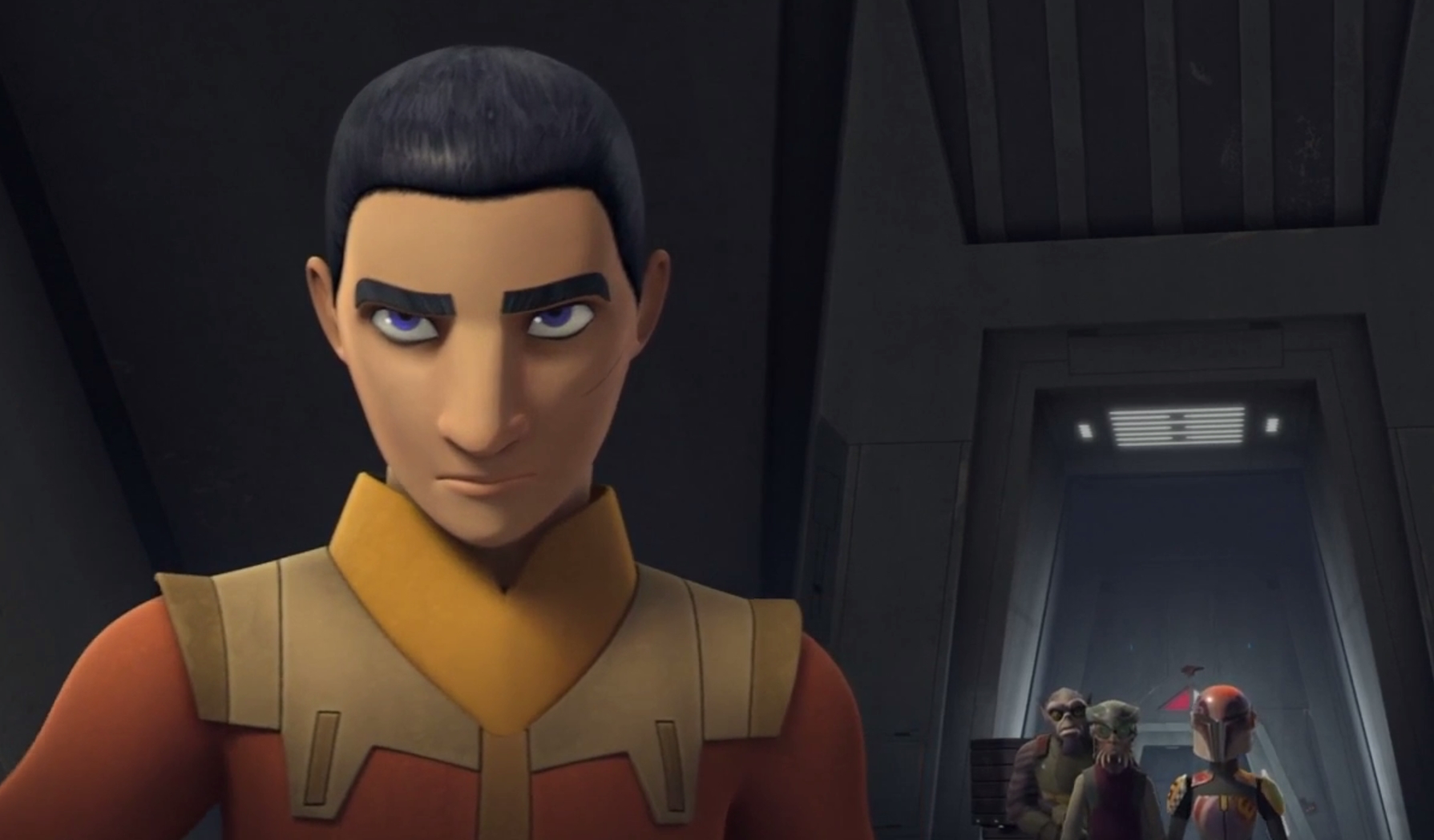 Gone are the days of Ezra tasering his opponents with his lightsaber blaster and/or sling shot. Ezra has now graduated to a more lethal method of fighting by using an ACTUAL BLASTER. I know he might have connected a few times hitting Stormtroopers with his lightsaber last season, but Ezra isn’t messing around this time. He takes his enemies out with ease and is RUTHLESS. Yes…I said…ruthless. 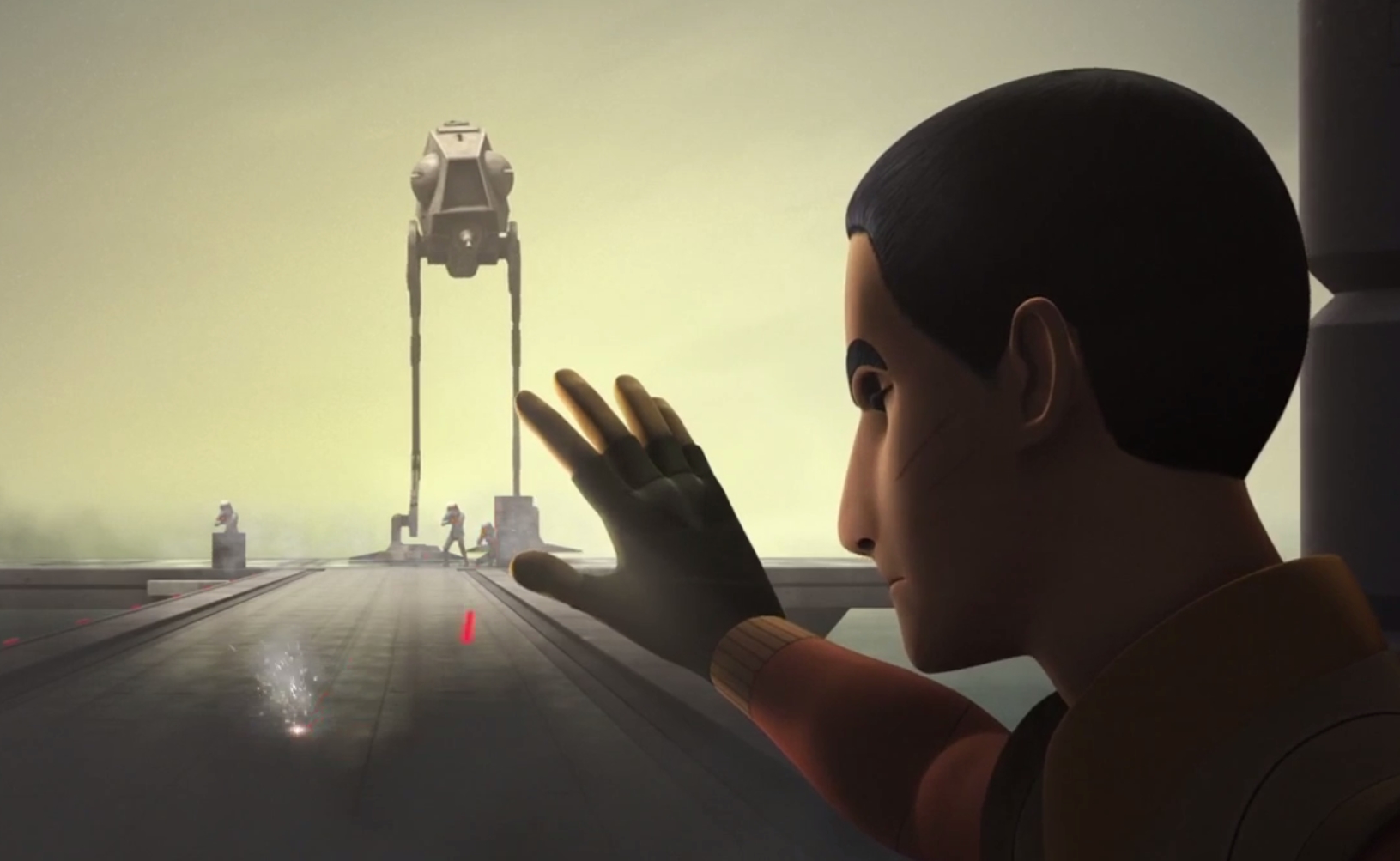 Here Ezra takes control of the AT-DP with his Force powers and starts taking care of the troopers below by blasting them all. When he’s done however…he has the driver walk the vehicle off the ledge to his doom. DAMN! THAT”S HATEFUL! Sabine would later ask “When did Kanan teach you that?” and Ezra replied “He didn’t”. How would Ezra become powerful enough to be able to do such a thing? …. 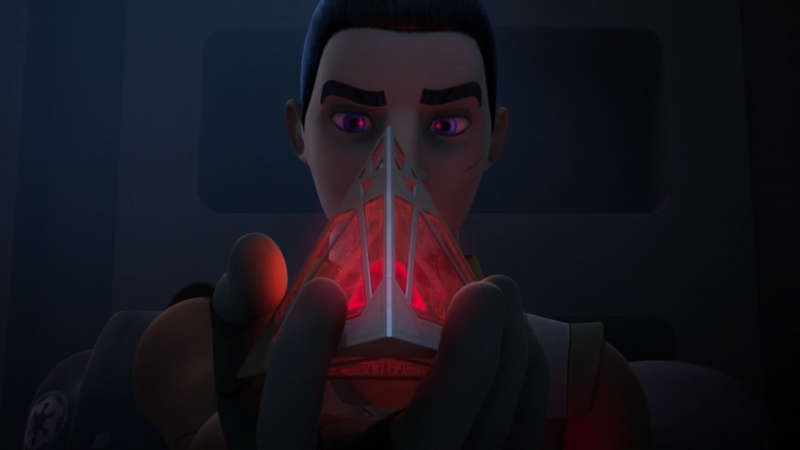 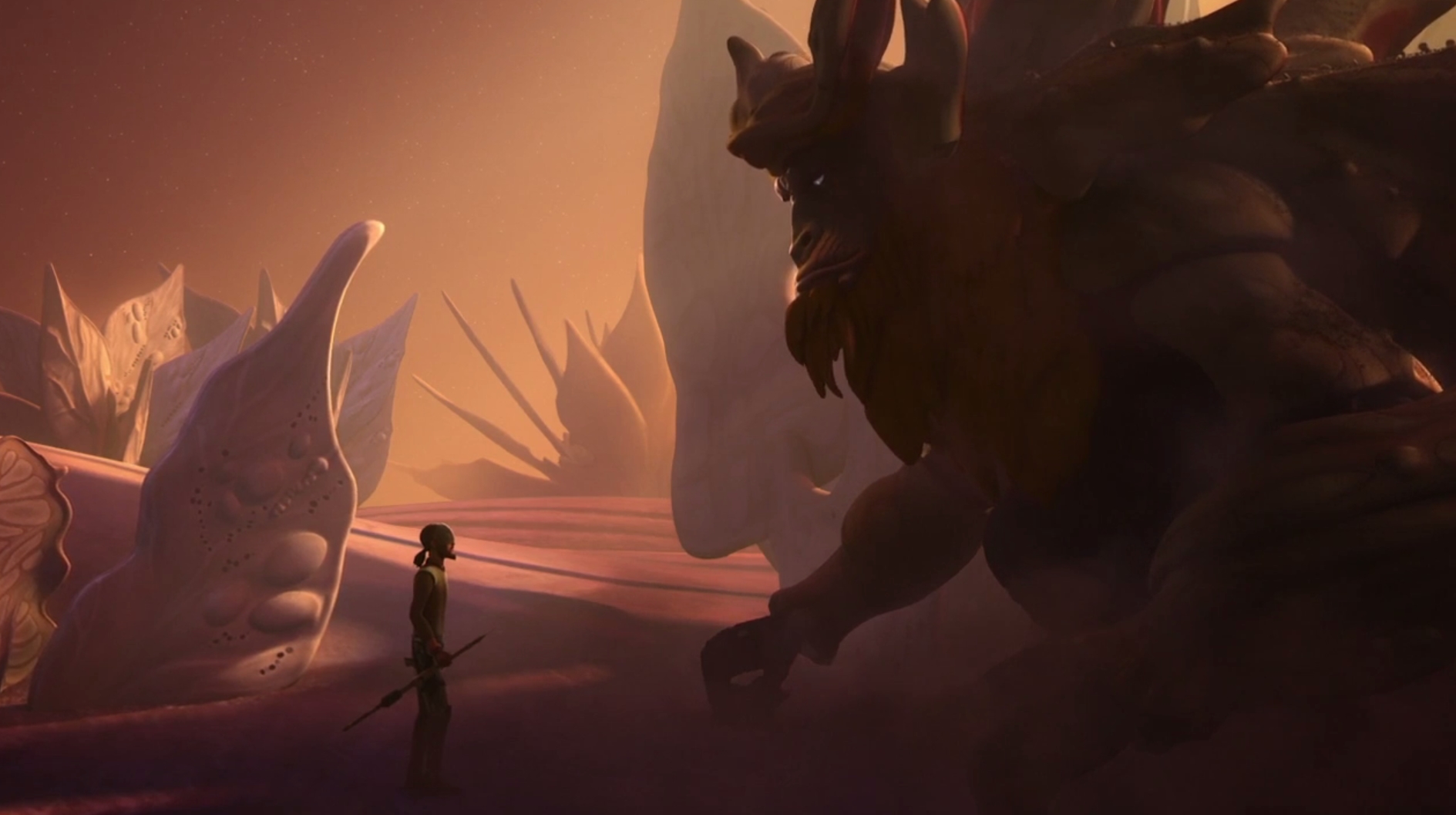 I have to admit that I am a sucker for Force themed episodes and characters. The Bendu did not disappoint that love by any means. Not much information is given in this episode for this Force wielder, but the character design and mystery surrounding him is enough to hold anyone’s intrigue. (ok…not EVERYONE. I forgot it’s the internet.) Tom Baker does a masterful job with the Bendu by giving the character an omnipresence to him.

What’s that on his left shoulder? Isn’t that the Convor at the end of “Twilight of the Apprentice”???? Interesting. 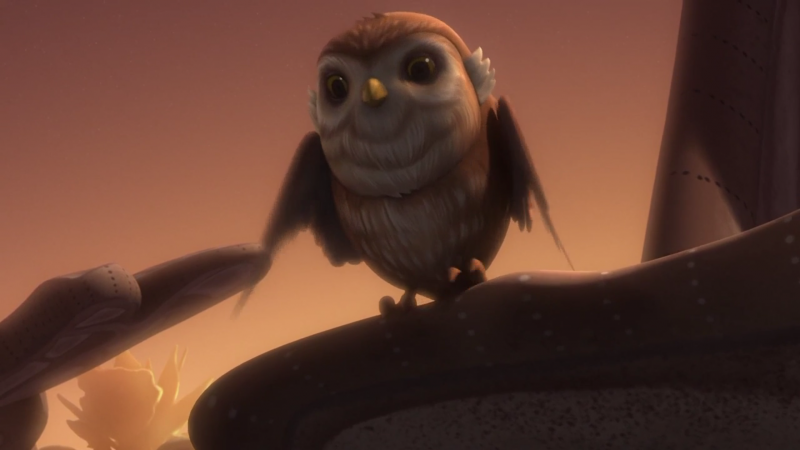 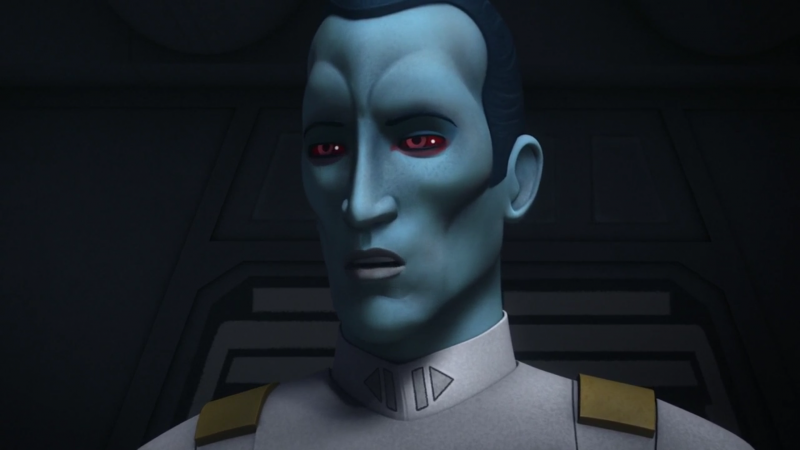 Granted, he didn’t do much other than show up and have a few lines in this episode, but his presence was felt none the less. Judging from the reaction of the Imperials in this episode, it seems that Thrawn might be looked at the same way as the Inquisitors are as “not needed”. Governor Price’s confidence was what I thought all Imperials would think of him. Appears that Thrawn was given a “promotion” by the Emperor recently and I wonder if that comes into play at all this season. Another home run by Lucasfilm by casting Lars Mikkelsen. His voice was as calm and collected as Grand Moff Tarkin’s. 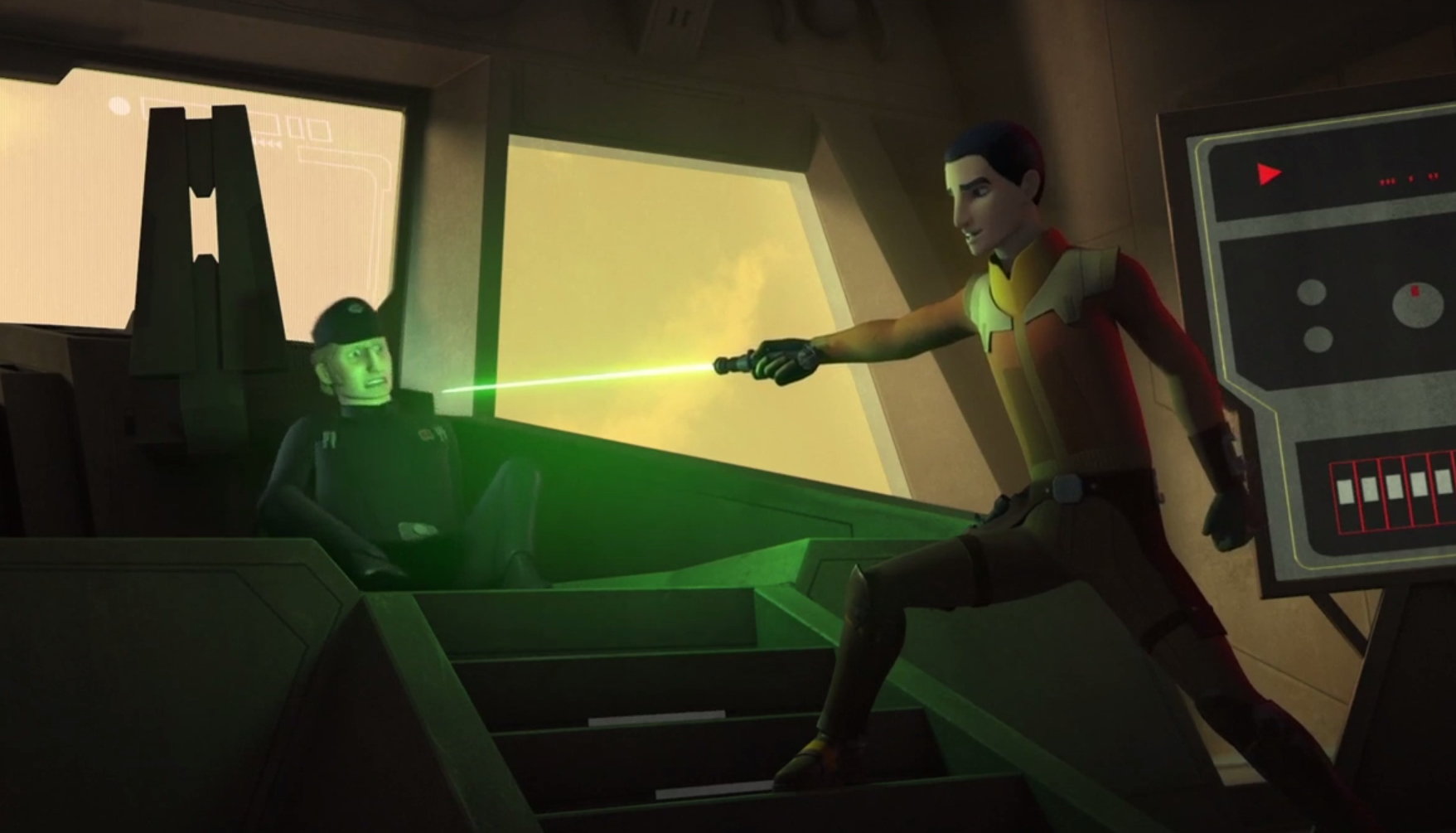 This guy is quite possibly the worst villain in Rebels. I am not a fan of his voice or character design. The episode is fantastic, but it hits a wall when he shows up. Hopefully this will be the last time we see him. 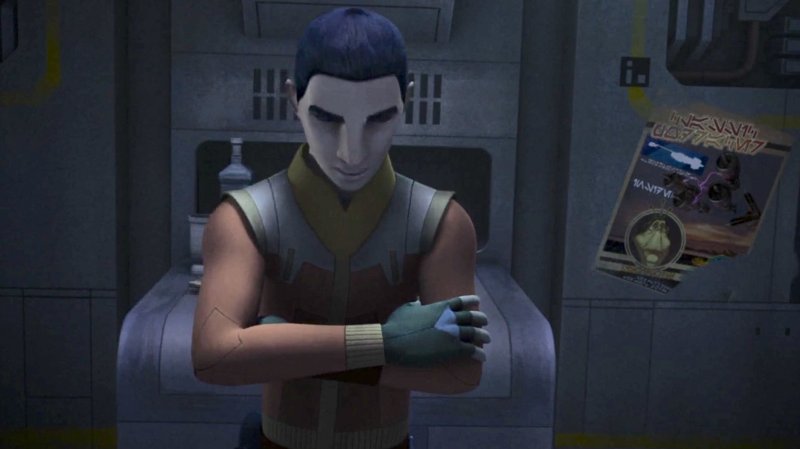 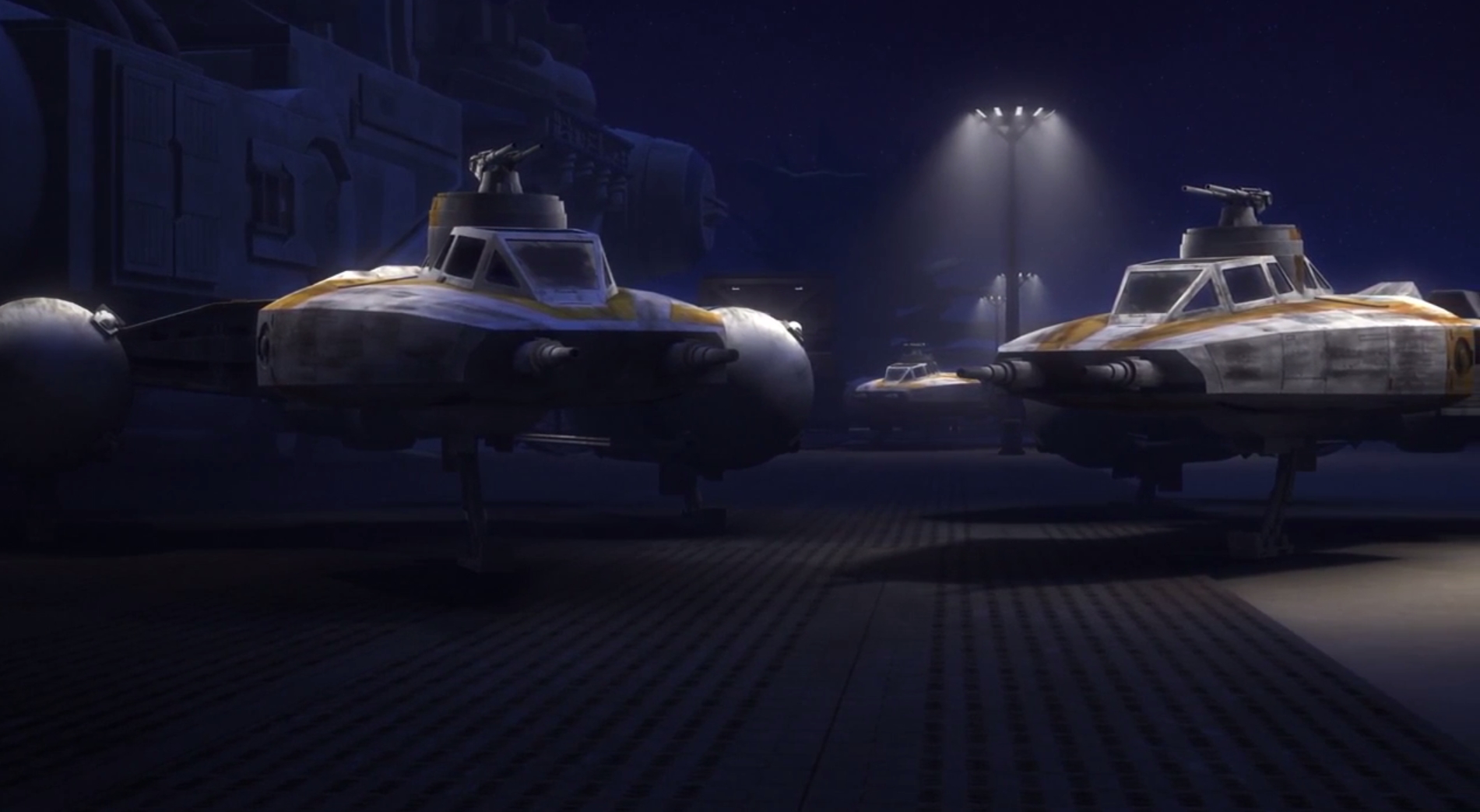 “Steps into shadow” continues the Star Wars: Rebels tradition of awesome season openers. Will it continue this pace for most of the season? I think the outlook looks good. Thrawn will be a villain that gives the creative team a lot more freedom to use unlike dancing around the rules of the Inquisitors and casual appearances of Tarkin and Darth Vader.

PS: Can Hondo be in every episode, please?

I look forward to hearing everyone else’s thoughts and reactions on this episode!