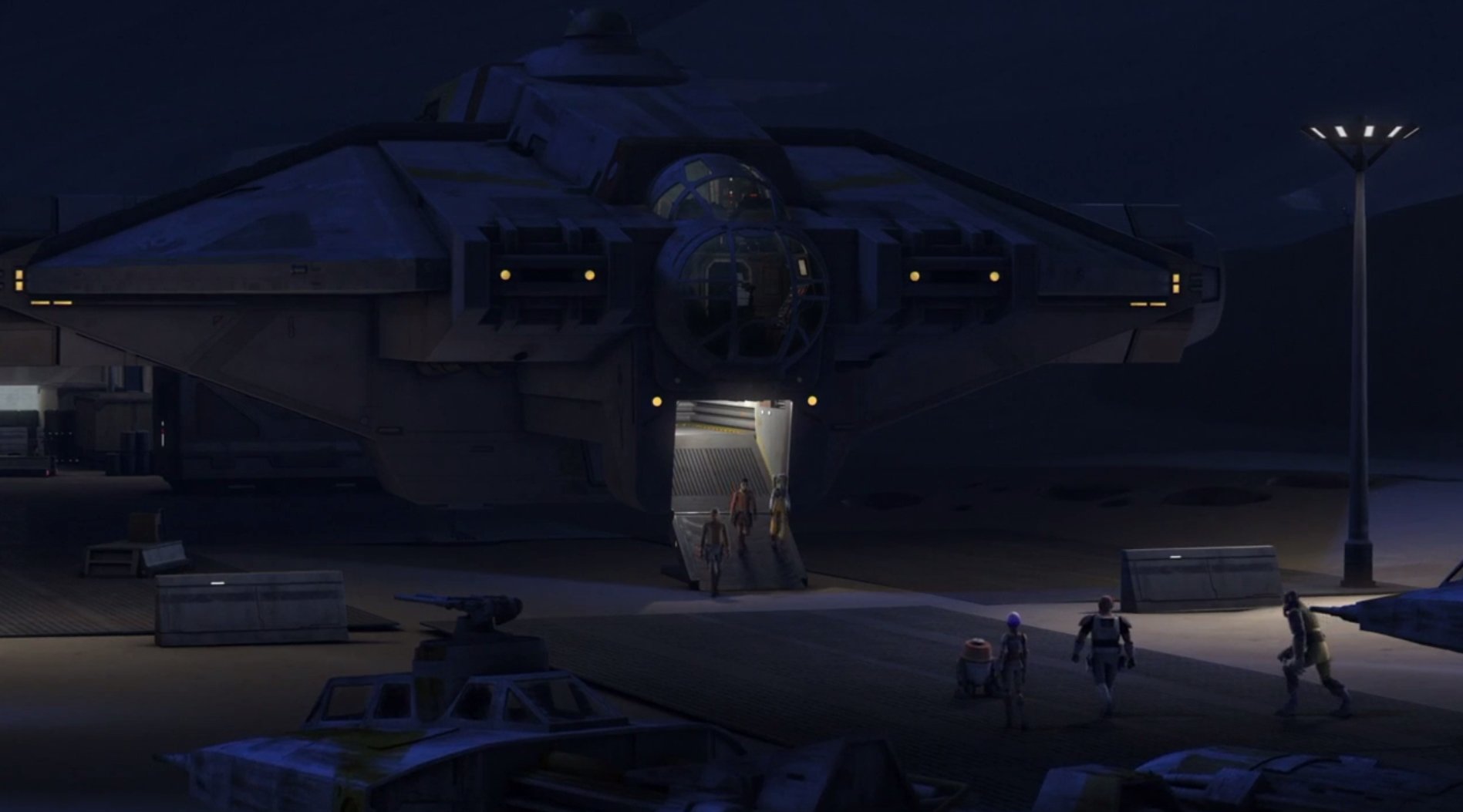 Episode descriptions for the first four episodes of Star Wars Rebels have hit the internet, including a proper description for last night’s “Steps Into Shadow”. Make the jump to get a look ahead at what “The Holocrons Of Fate”, “The Antilles Extraction”, and “Hera’s Heroes” are all about…

Steps Into Shadow: Season 3 begins with Ezra’s rebel mission going awry due to his reckless leadership, and Thrawn emerging as a new threat. (Airs September 24.)

The Holocrons of Fate: When Maul takes the crew of the Ghost hostage, Ezra and Kanan must pass a trial in order to recover an ancient Sith artifact to save them. (Airs October 1.)

The Antilles Extraction: Sabine goes undercover as a cadet in the Empire’s elite flight academy to help free several young pilots who want to defect to the rebellion. (Airs October 8.)

Hera’s Heroes: Hera’s rebel supply mission to Ryloth becomes personal when she and the Ghost crew brave overwhelming Imperial forces to recover a memento from her ancestral home. (Airs October 15.) 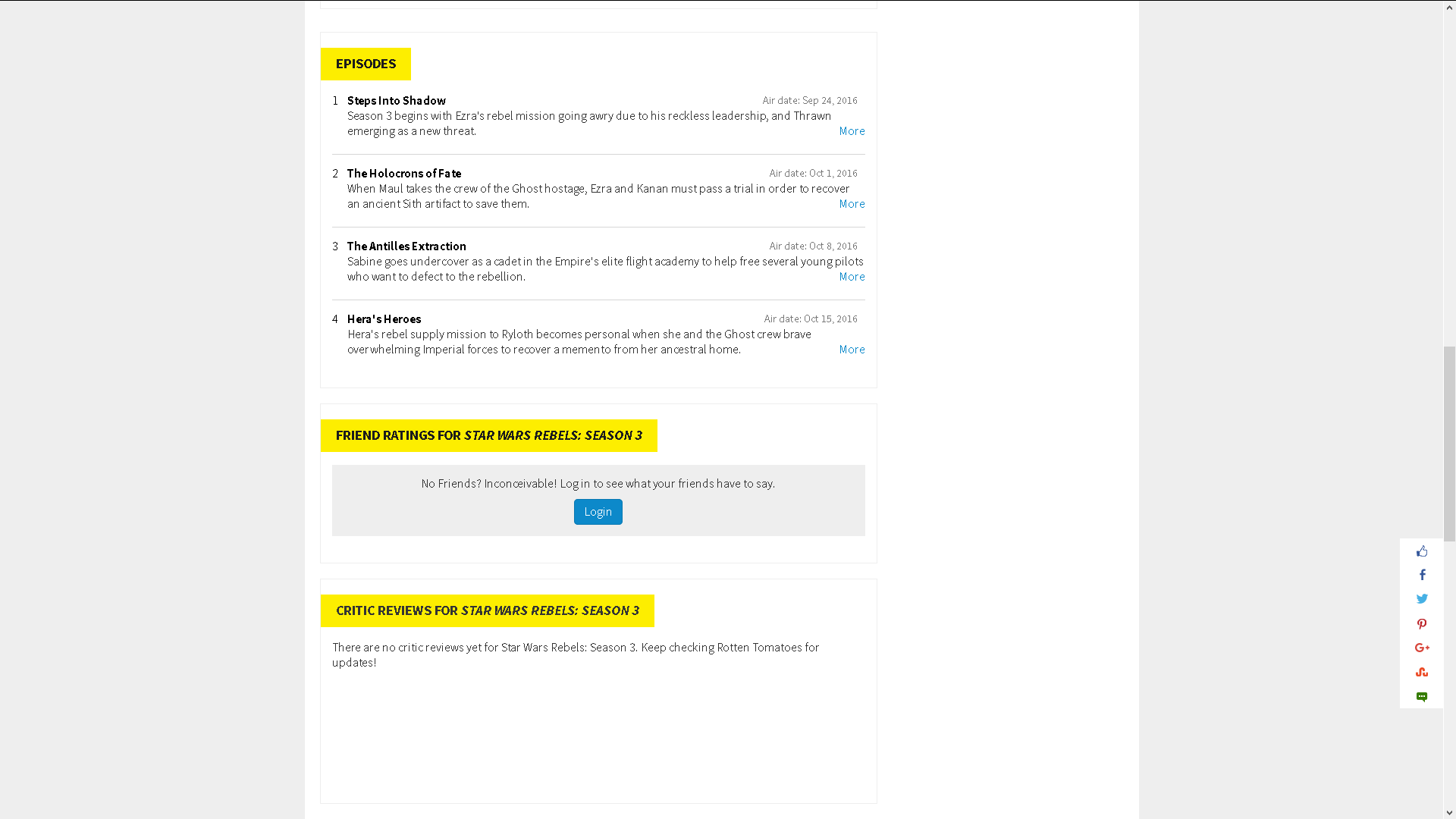 A description was not available for October 22’s “The Last Battle”, the only remaining episode that has a title so far. Our guess is that, based on what we’ve seen in the Season 3 trailers, it’s going to be the one with the Battle Droids. (Just a hunch.)

Thanks to CommanderCluck on r/StarWarsLeaks for pointing this information out to us. (While we retrieved the information on TV Guide, he found it on Rotten Tomatoes.)