JoBlo posted a very interesting article with some new rumored details on Rogue One. Also MakingStarWars added some interesting tidbits to that story. There are potential spoilers ahead, so proceed at your own risk… 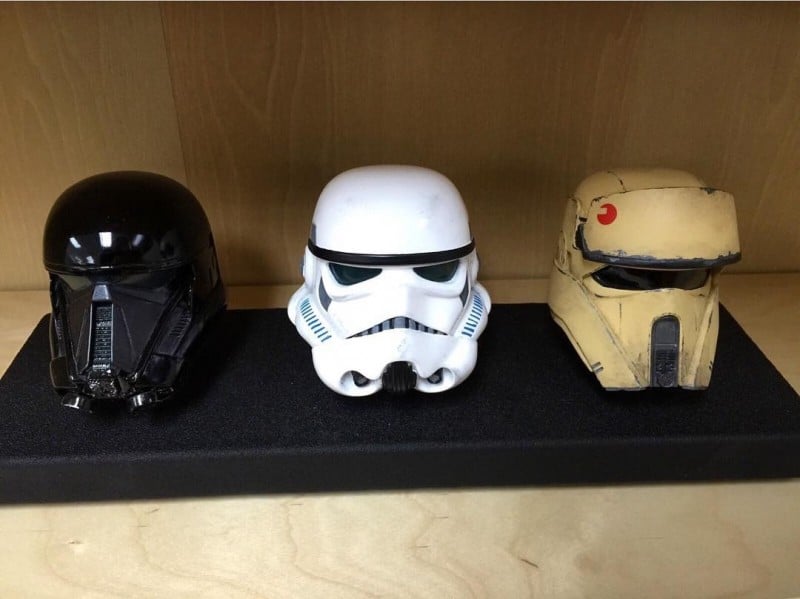 While not revealing too much these details sound really interesting. Darth Vader’s appearance in the movie is a no brainer and it was rumored since the plot of the movie was announced. It’s interesting to see what’s that “bigger role than expected”. I personally hope this is true. What do you think? Do you want Vader to have a cameo or a bigger role in the movie if he appears at all?

MakingStarWars added some really cool details to that story. According to them:

Darth Vader will have action sequences in Rogue One. We have been told that Darth Vader has had several suits of armor built for the film. There is a hero suit which is a direct copy of the suit we have seen in Star Wars: A New Hope (see Darth Vader Dream Team Assembled?), down to the lenses in the eyes. The most interesting part is that stunt suits have been built which indicates Darth Vader will in fact see action.

The action sequences filmed are unknown, but there was work pitching the different ways Darth Vader could kill rebels on a battlefield with the Force and his lightsaber. The storyboard “pitches” showing decapitated rebels, people being dismembered by Vader throwing his sword, levitating bodies to make human shields and so on. The art was more violent than what we’ve seen Darth Vader do on screen before.

Seeing Darth Vader in action is a dream I am sure every Star Wars fan was having since Revenge of the Sith. The comic books gave us something to quench our thirst but Vader kicking ass in a live action movie will be priceless.